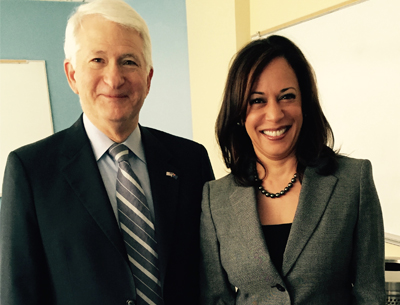 According to Attorney General Harris, human trafficking is a $32 billion-a-year world-wide industry, and is the second most profitable criminal enterprise after drug trafficking.

While speaking at the symposium, Attorney General Harris noted a statistic in which 59% of children arrested for prostitution in Los Angeles County were in the foster care system at some point in their lives. She spoke of the need for reform and the need for increased financial support.

UCLA provides an array of support services to current and former foster youth through the Guardian Scholars Program. The program offers a holistic approach to help students meet educational and career goals.