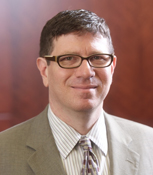 On April 26, 2017 President Trump signed an executive order that enabled the Department of the Interior to review national monument designation stretching back 20 years.

Background on Presidents establishing national monuments
“Under the Antiquities Act, 16 presidents have proclaimed 157 national monuments, protecting a diverse range of historic, archaeological, cultural, and geologic resources. Many of these monuments, including such iconic places as the Grand Canyon, Zion, Olympic, and Acadia, have been expanded and redesignated by Congress as national parks.”

Six monuments up for review in California:

What are the important dates regarding the review?

After law school, Sean served as law clerk for Hon. Laughlin E. Waters of the United States District Court for the Central District of California. He began law practice at the firm Strumwasser & Woocher, litigating cases involving election law, employment law, environmental and land-use law, and insurance regulation. More recently, he served as a Deputy Attorney General for the California Department of Justice, representing the Attorney General and state agencies on environmental and public health matters.

Sean is a past chair of the State Bar of California’s environmental law section, and the founding (past) board chair of the Harbor Community Benefit Foundation, a nonprofit that works to mitigate Port-related environmental impacts, including environmental justice impacts, and improve environmental quality in the near-Port Los Angeles communities of San Pedro and Wilmington. Along with co-counsel in Center for Biological Diversity v. Department of Fish and Wildlife (Newhall Ranch), he received the 2016 California Lawyer Attorney of the Year (CLAY) Award for environmental law. He blogs at http://legal-planet.org.

Politicians and Commentators Who Criticize Recent National Monuments Are Making Up Their Own Version of History
Legal Planet | May 8, 2017

National Monuments: Presidents Can Create them, but Only Congress can Undo Them
The Conversation | April 27, 2017