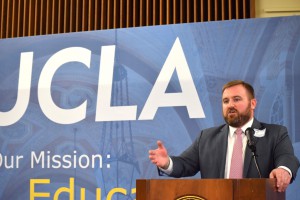 Although there hasn’t been a recorded death from a school fire in approximately 50 years, schools continue to be more prepared for that scenario than almost any other, and especially more so than how do deal with the recent uptick in school violence — there were at least 35 mass school shootings between Sandy Hook and the end of 2014.

The new part of the UCLA Fielding School of Public Health, National Education Safety and Security Institute (NESSI), will be one of the first of its kind in the country, attempting to directly address those issues. 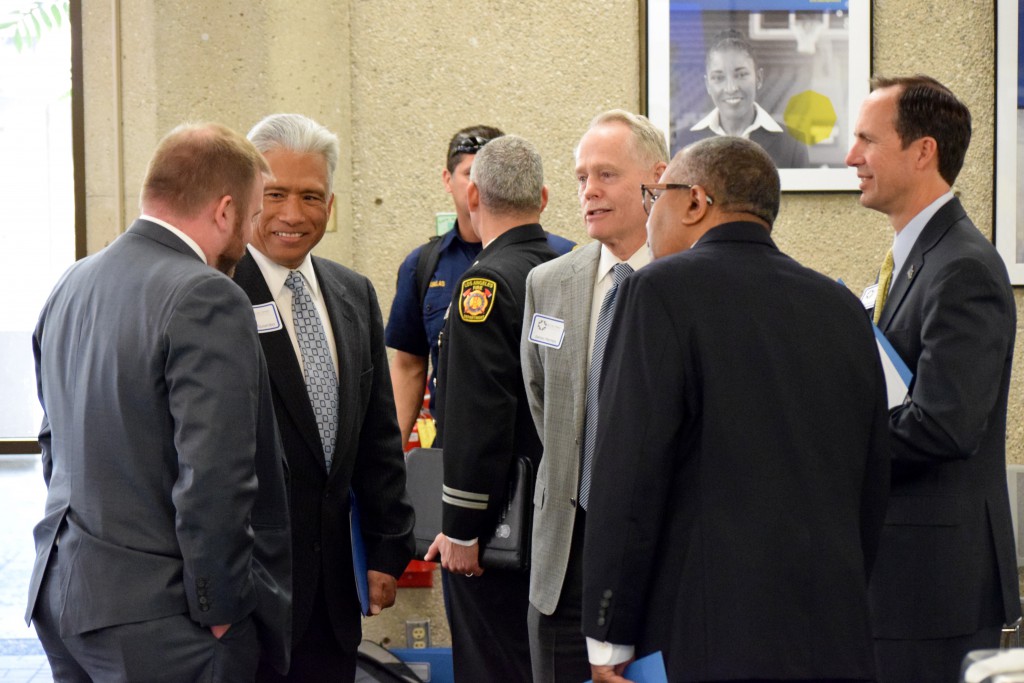 Major public health and safety officials from across the city, state, and country were on hand March 29 during the official unveiling of NESSI, including U.S. Department of Homeland Security (DHS) Assistant Secretary of the Private Sector Office James Dinneen. 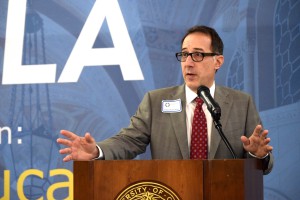 David Eisenman is the director of NESSI, which will focus on school safety preparation. (photo by Jonathan Van Dyke)

NESSI could count on an eager partner in DHS, he said. “This is important and years of effort have gone into this. It’s a remarkable achievement.”

Manmade disasters at schools “can destroy the health and wellbeing” of the people who reside in them, said NESSI Director David Eisenman, with dozens of schools lockdowns each day causing profound harm to children, families, and communities globally.

NESSI’s founder and now senior advisor, Frank Quiambao, said he began to envision the institute in 2010 when he realized that “a lot of these threats … had to do with educational institutions.” We were well prepared for something like an earthquake or fire, he said, but “not so when it comes to school violence.”

The new institute will look for best practices, with a community approach.

“We are here now at UCLA and this will be an institute that not only teaches but does research,” Quiambao said. “We want this to be the tip of the spear — the entity that is proactive rather than reactive.”

Dinneen also presented Quiambao with a special Certificate of Appreciation for his efforts getting the institute off the ground. 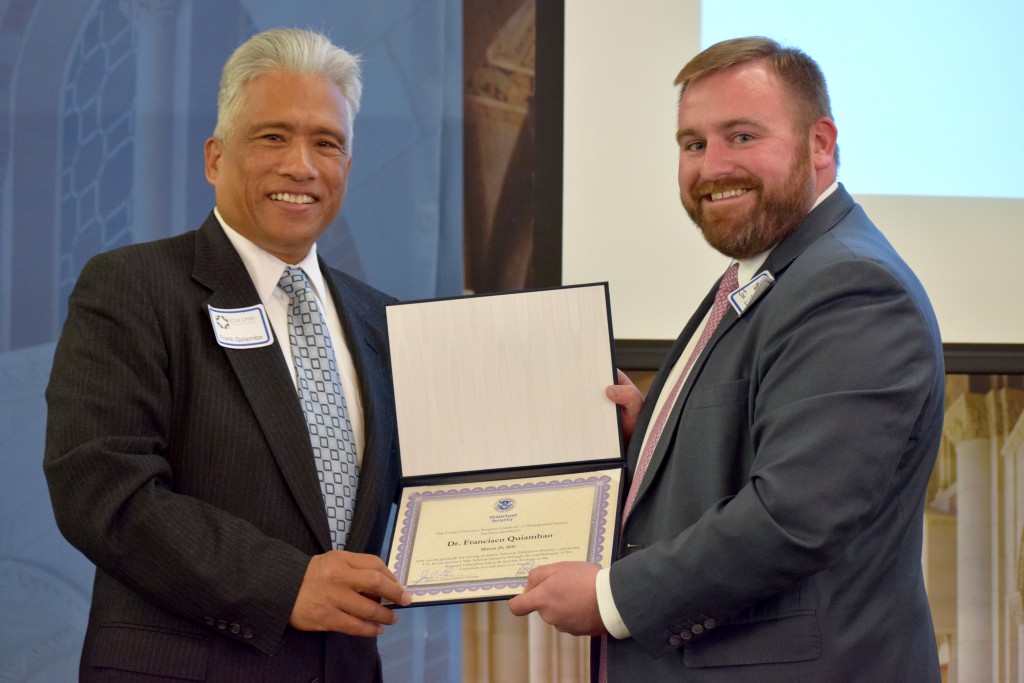 Aside from school shootings, NESSI will also focus on natural disasters, terrorist attacks and cyber-attacks. The institute will house research, policy analysis and training to improve safety and security at all levels, working to create a curriculum based on federal reports and best local practices. 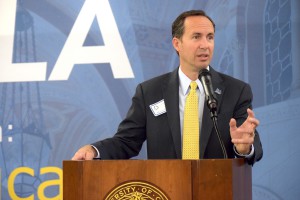 Administrative Vice Chancellor Michael Beck said an institute like NESSI will hopefully be a key to help solving issues that have become too common in America today. (photo by Jonathan Van Dyke)

Community disaster resilience is an emerging discipline that will be fostered at NESSI, said Eisenman, who is also the director of the UCLA Center for Public Health & Disasters within the UCLA Fielding School.

NESSI will bring together a variety of interdisciplinary partners, UCLA Administrative Vice Chancellor Michael Beck said, helping to solve issues arising from these manmade disasters that have become far too common.