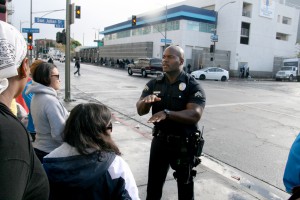 Los Angeles Police Department Senior Lead Officer Deon Joseph has enough sad stories to fill a dozen seasons of “Law and Order”, but through his 17 years patrolling downtown L.A.’s Skid Row, he has not succumbed to despair. Joseph is hopeful, and he has a goal of opening the minds of Los Angeles residents.

On Dec. 11, a delegation of UCLA staff and students visited Skid Row to get a better sense of the area and the challenges presented to both police and human service volunteers in the area. They had an eye opening experience and were left with the knowledge that there is much to be done — via police enforcement, infrastructure investment and seriously tackling mental health and drug issues — in order to improve the area.

UCLA staff had met Joseph at a community forum in San Pedro on homelessness earlier this year, and the lead officer stopped by the UCLA Day in Downtown L.A. reception to chat with Chancellor Gene Block and again offer a special tour of Skid Row to discuss homelessness and the issues there, something he is looking to offer to any group in Los Angeles willing to hear him out. He was first assigned to Skid Row in 1997.

“I looked at the LA skyline and thought, ‘This isn’t so bad,’” he said recalling his first drive to the Central Division outpost. But when he crossed Spring Street into Skid Row, Joseph said it turned into something out of “Dante’s Inferno”. 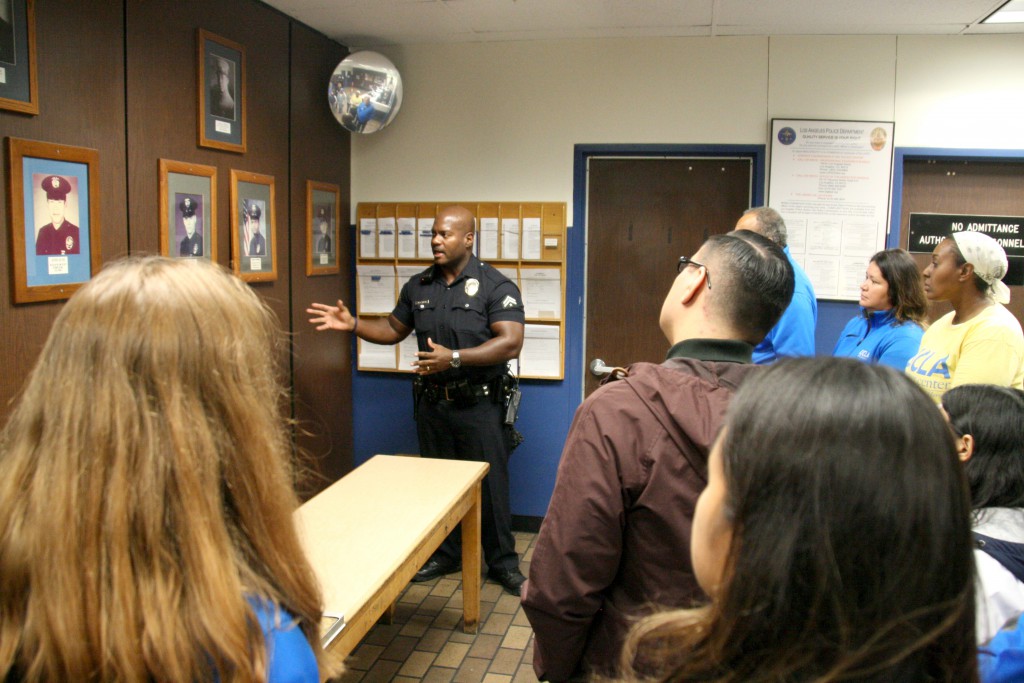 “Can you imagine being a victim of rape and then gangsters come by and openly taunt you and the officers trying to help you?”

Even when he worked Chinatown nearby, Joseph said he found himself spending most of his time in Skid Row helping on calls.

Eventually the shock wore off, but a new determination replaced it. As a man raised by foster parents, Joseph said he felt compelled to help the less fortunate population in Skid Row. He believes in rehabilitation and helping people. His father led by example — giving second chances by hiring ex-cons to his construction company. They were his father’s friends, not employees, Joseph said.

“I call those people out there my friends,” Joseph said of his Skid Row constituents. “I love these folks.” Walking with Joseph around Skid Row, people stop him on the street to say “Hello.” When he asks a group to turn their music down, they do.

Joseph is concerned about the mental health issues and drug addiction that wreak havoc on the area, and sees a real need for more investment there, and a strong partnership between service providers and law enforcement. He noted that about 25-30 percent of the population in Skid Row are drug addicts who actually choose not to return home even when they have one.

Joseph said it is his job to inform the public about the conditions on Skid Row and their causes, and also to help turn the tide on public perception of police in the area. He believes a three-pronged approach of enforcement, enhancement, and outreach, is the key to helping the Skid Row community. It will be important for the public to be vigilant about wisely spending money set aside by the City Council and County Supervisors in a comprehensive manner.

“Thank you for having an open mind,” he said at the end of the two-hour tour. “There was so much more to show.”Homelessness is about humanity, he said, adding that it was important for the public to remember that when public housing is proposed in their neighborhoods, or when they are taking a part in short-term philanthropy. Take a moment to take someone in and think about his or her long-term health. 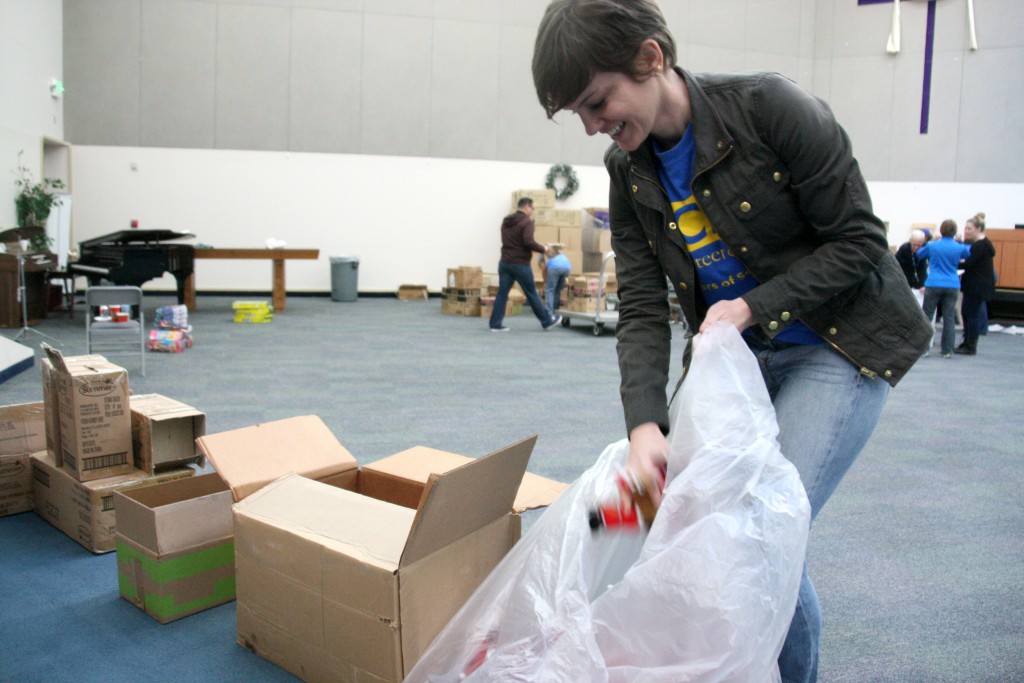 As the volunteers left Joseph, they next visited the Union Rescue Mission at 545 San Pedro St., which was one of several dozen sites during UCLA Volunteer Day this year. 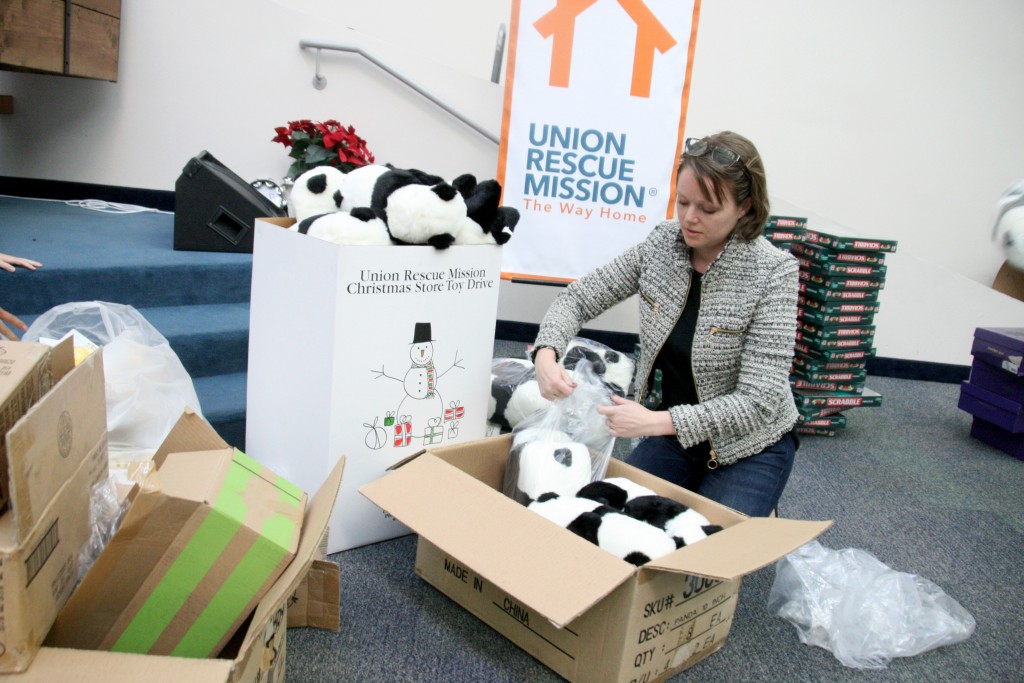 Established in 1891, the URM is dedicated to serving men, women, and children who are experiencing homelessness by providing comprehensive emergency and long-term services. 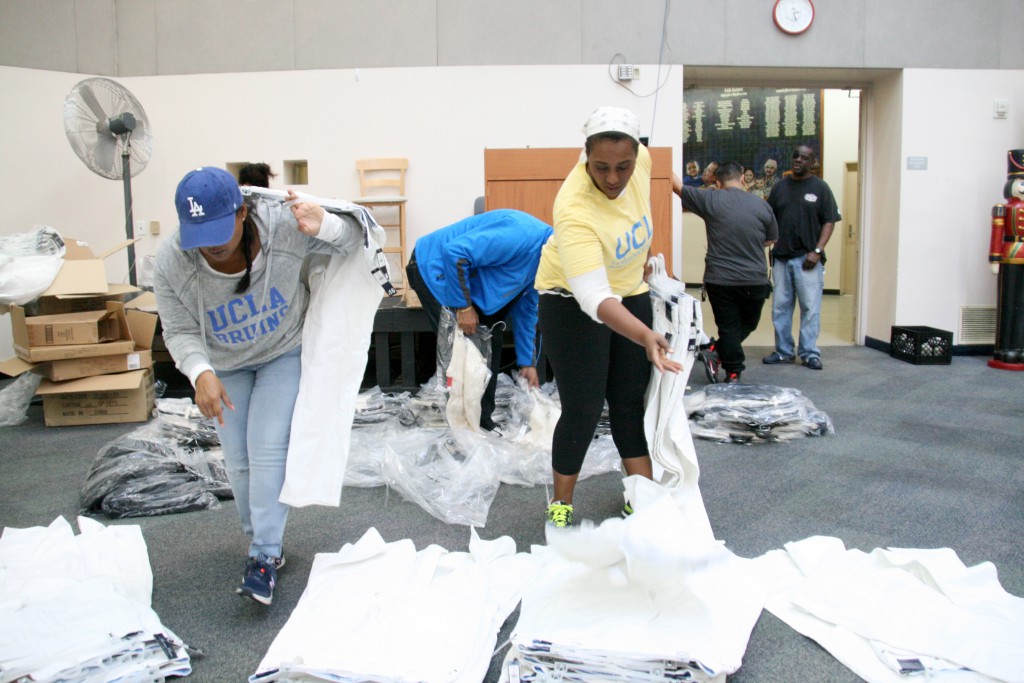 During Volunteer Day, about 200 volunteers helped paint the URM’s interior walls and hallways, as well as resident dorm rooms. URM is one of the largest rescue missions of its kind in the United States and it is the oldest in Los Angeles. 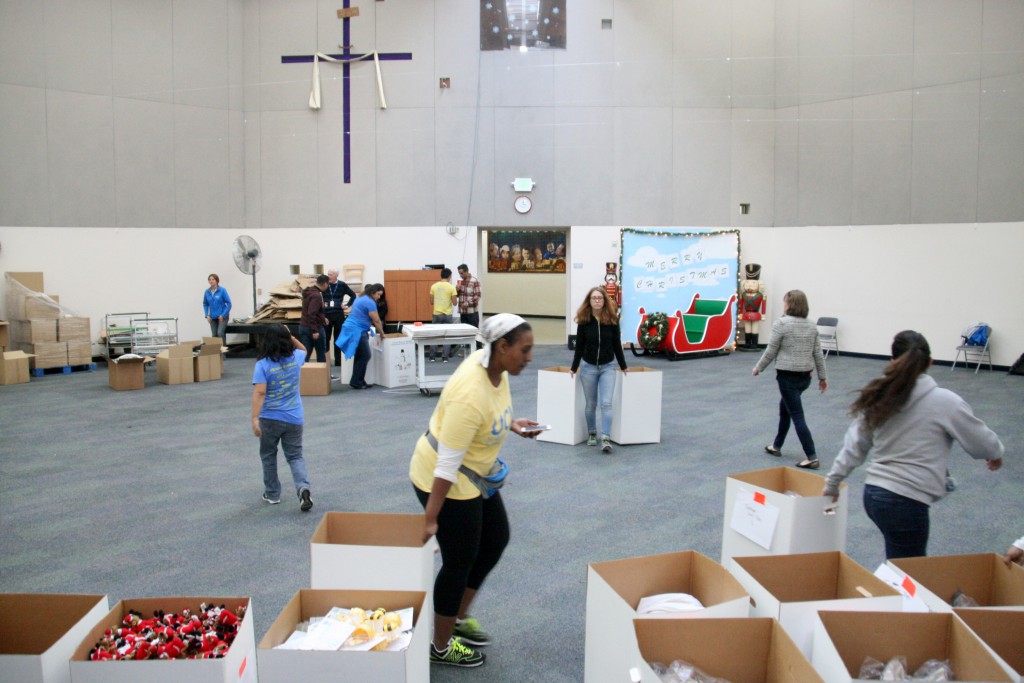 On Dec. 11, UCLA volunteers helped organize toys for URM’s 24th Annual Christmas Store. On Dec. 16, URM hosted hundreds of families from Skid Row and the Hope Gardens Family Center, allowing parents to choose gifts for their own children at no cost. A volunteer assisted the parents to find the perfect gifts, and then a gift-wrapping expert provided professional cheer.

UCLA also is connected to the URM through the UCLA Nursing Health Clinic, which has become a national model for its delivery of health care to the poor and homeless.

To find volunteer efforts at URM, visit www.urm.org or email volunteer@urm.com. The Volunteer Center continues to hold numerous events, including Volunteer Day follow up through the One Bus, One Cause program. 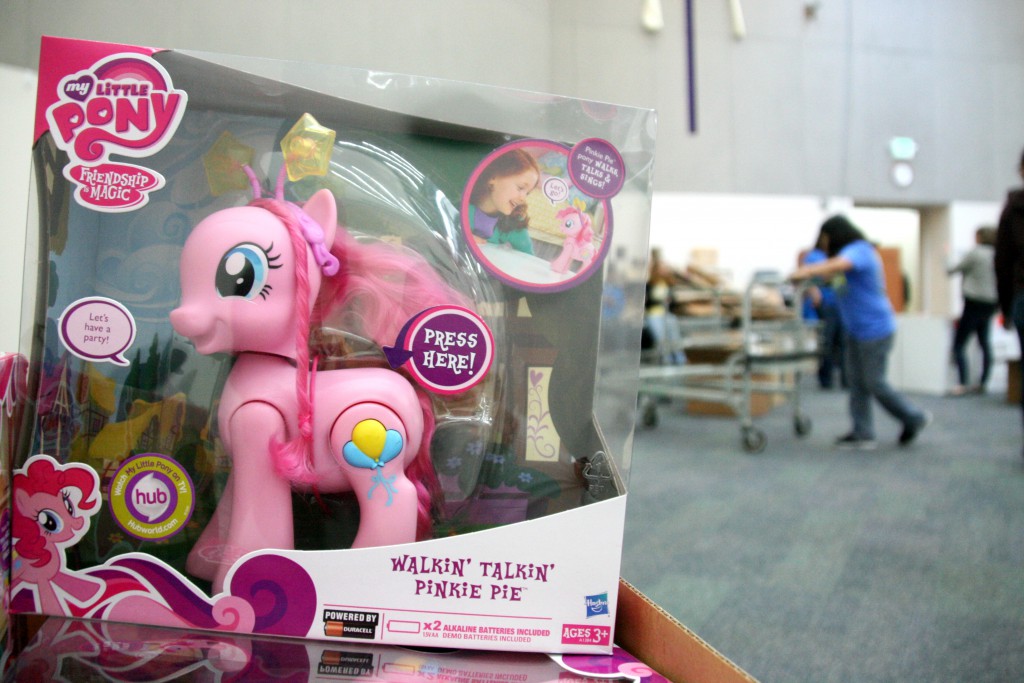