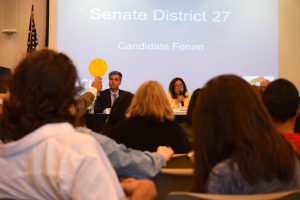 Candidates for the 27th State Senate District converged on Pierce College to debate the issues on May 12. (photo by Jonathan Van Dyke)

UCLA and Pierce College partnered on May 12 to host a forum in front of students and the public for the 27th Senate District.

The California Primary Election date is set for June 7.

Senate District 27 incorporates and maintains the eastern portion of Ventura County which includes the cities of Simi Valley, Moorpark, Thousand Oaks, Agoura Hills, and Westlake Village. It also includes the coastal area extending from Leo Carrillo State Beach to Malibu and on to Topanga Canyon. Additionally, it captures the communities of Calabasas, West Hills and a portion of Santa Clarita in Los Angeles County. 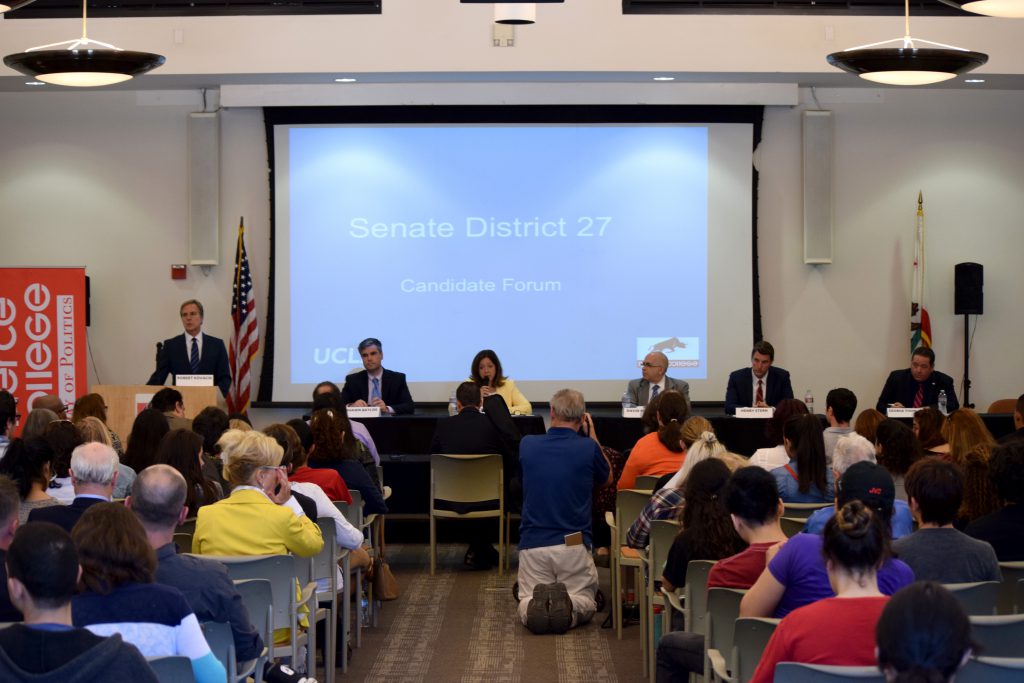 More than 100 students and members of the public attended the forum. 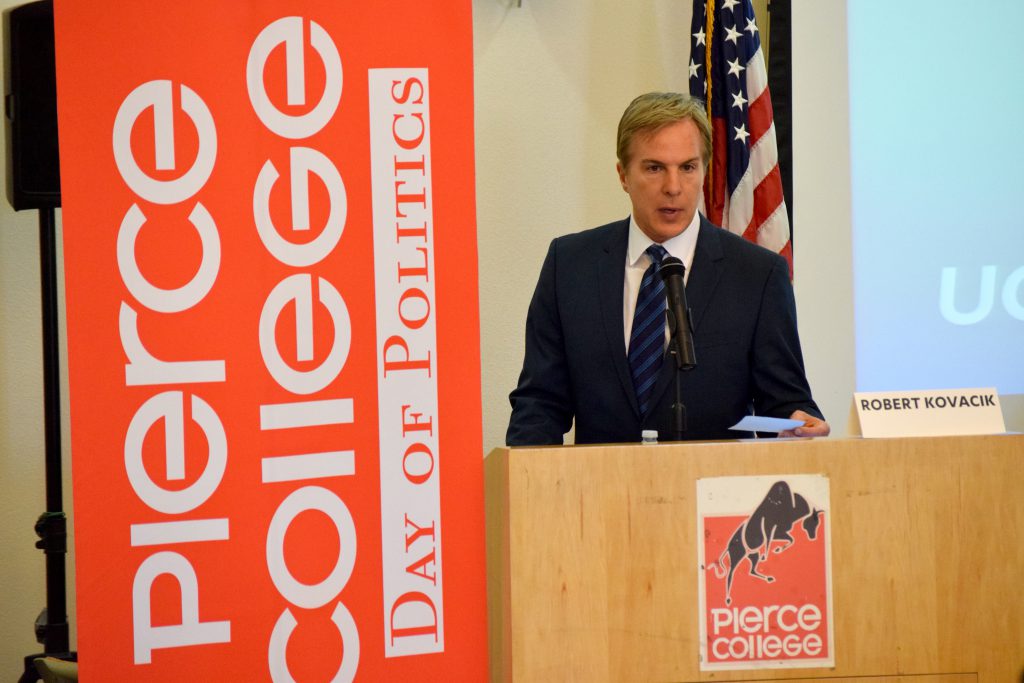 NBC4’s Robert Kovacik served as moderator for the event, making sure candidates stayed on topic and within the time limits. The news anchor noted the importance of the forum, and the ability of voters to familiarize themselves with the candidates. “Senate District 27 is a high profile primary,” he said. 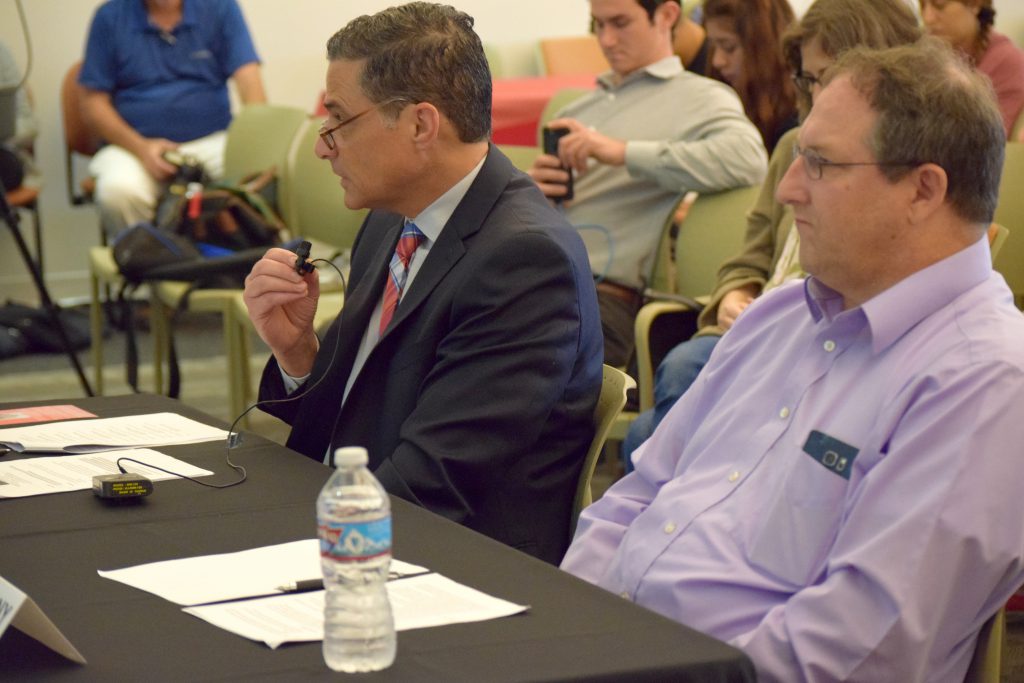 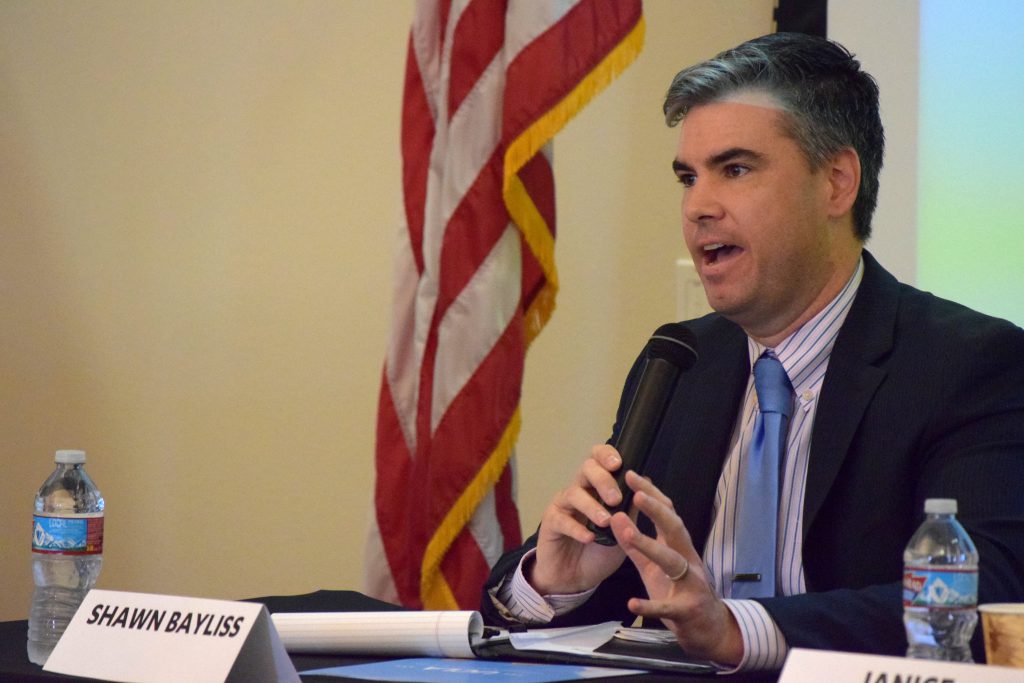 “I wasn’t born and bred to do this, but it’s a passion of mine,” said Shawn Bayliss (chief legislative deputy), who touted his local knowledge of the area. “The next state senator must understand the counties and cities.” 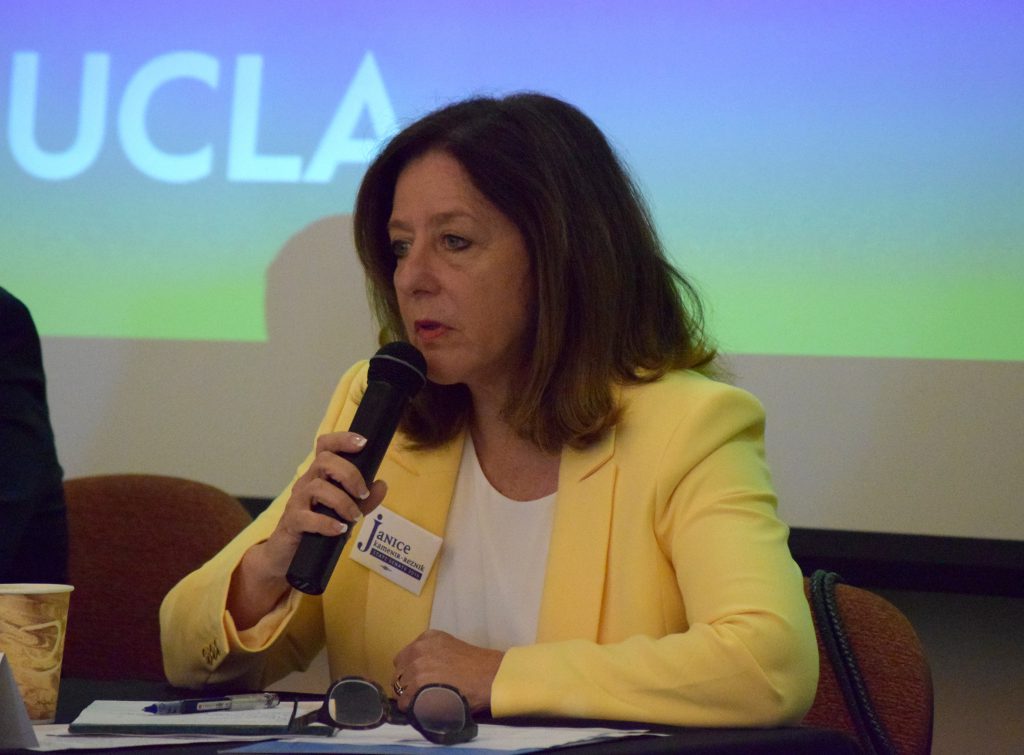 Janice Kamenir-Reznik (nonprofit director) touted 40 years in law and advocacy for women and genocide victims. “I’m prepared to give my energy to make life better for people,” she said. 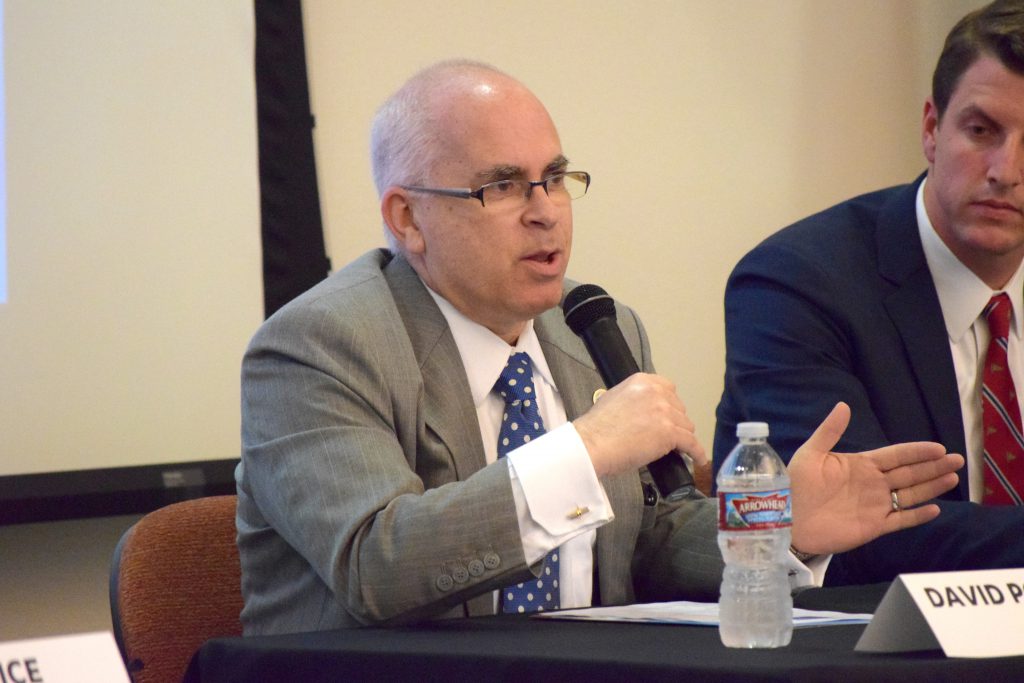 David Pollock (councilmember/small businessperson) pointed out his work for reforming schools and vowed to do the same at the state level. “If you’re not angry, you should be,” he said. 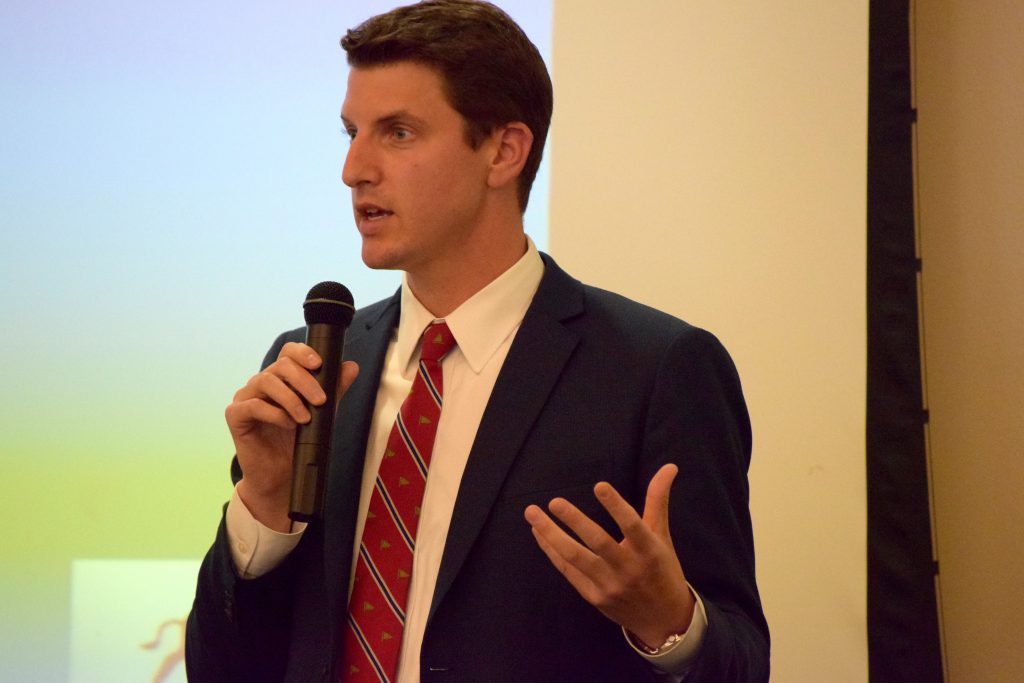 “This is about saying ‘no’ to special interest money buying our election,” said Henry Stern (educator/environmental attorney). The candidate emphasized current  Sen. Fran Pavley’s record, who he worked for before the campaign began. 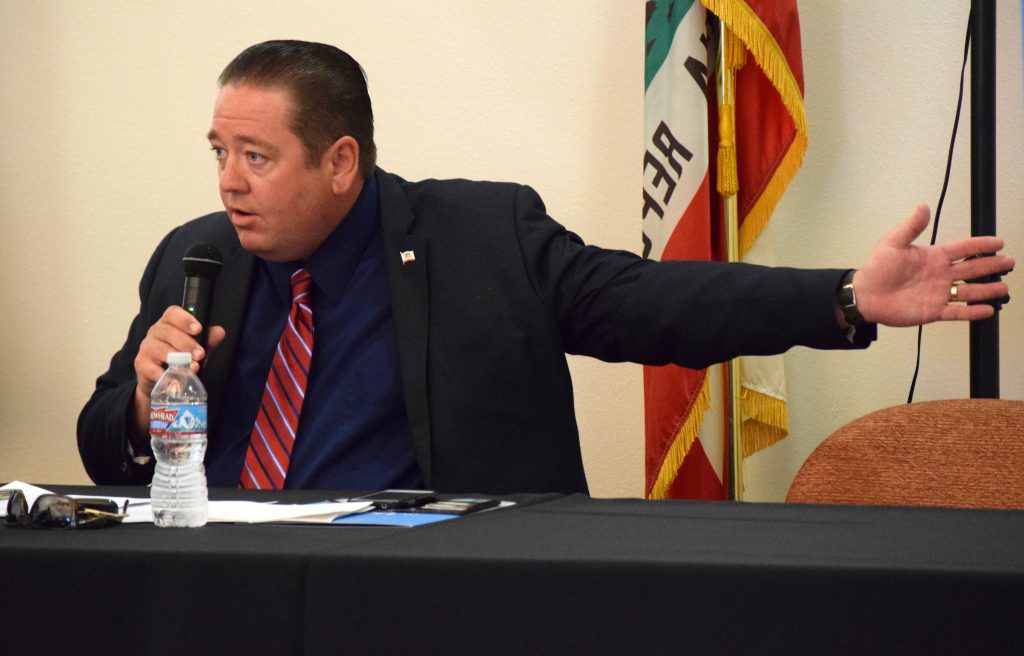 George Christopher Thomas (council president/publisher) used humor to disarm the audience: “I’m the only one with three first names,” he joked before diving into the issues. The candidate emphasized his dual experience in the newspaper business and public sector. 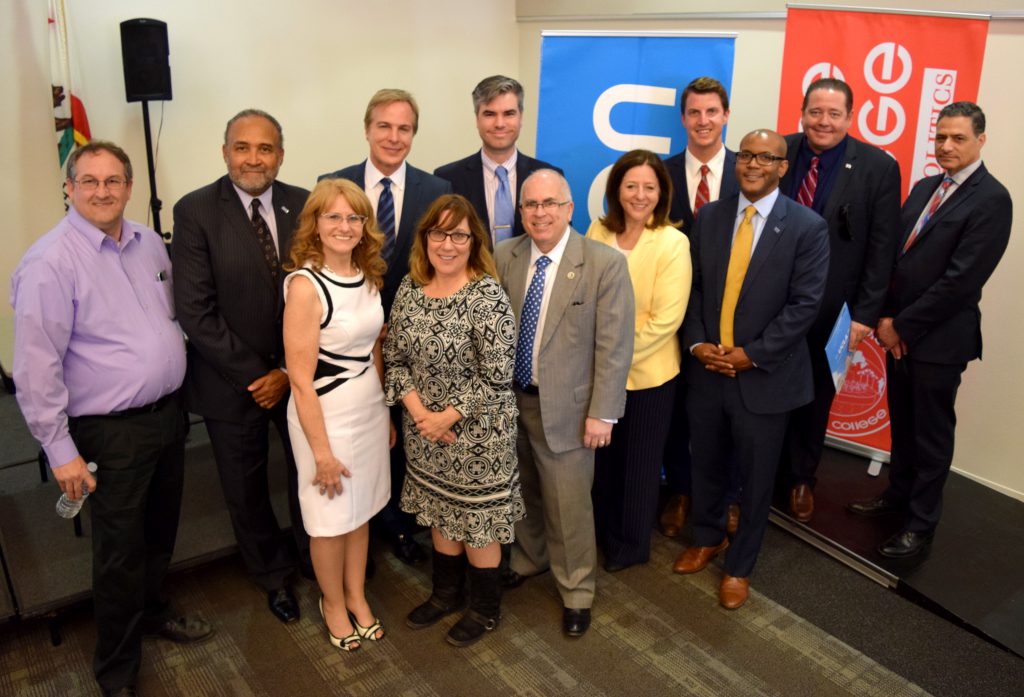 Candidate Steve Fazio (independent small businessperson) was not present at the forum.