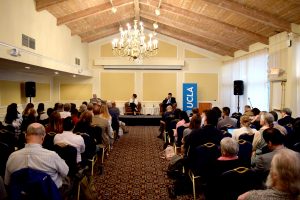 Nearly 100 students, staff, faculty and alumni gathered at the UCLA Faculty Center to learn how they can best advocate for funding in light of President Trump’s budget proposal. (photos by Jonathan Van Dyke)

A little guidance and planning can go a long way toward being an effective advocate for UCLA in light of what’s happening in Washington, D.C., those attending a special briefing by UCLA Government and Community Relations learned recently.

The briefing was held because the campus community has shown increased interest in responding to the proposed budget by the Trump administration. Nearly 100 UCLA students, faculty and alumni attended the May 30 event, including Dean Jayathi Murthy of the UCLA Henry Samueli School of Engineering and Applied Science and Laura Gómez, the interim dean of the Division of Social Sciences in the UCLA College.

“We help manage relationships with elected officials and federal agencies on behalf of the campus, but we can’t do this alone,” said Francisco Carrillo, executive director of federal relations at UCLA, part of UCLA Government and Community Relations. “We’ll only be successful with the involvement of all of you in this room and the larger Bruin community.” 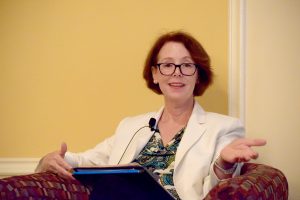 The newly proposed budget for fiscal year 2018, which must still be deliberated by Congress, includes some severe cuts to non-defense spending — money that supports student aid, loan programs and research grants — in order to pay for the president’s proposed increase in defense spending.  Trump’s budget proposes to cut the Department of Education’s budget by $9 billion, the National Institutes of Health by $7 billion and the National Science Foundation by $819 million. And it seeks to eliminate both the National Endowment for the Humanities and the National Endowment for the Arts as well as several other programs important to UCLA.

Federal relations staff members said they are eager to partner with faculty and staff  who have come forward with their concerns. “We don’t want to prevent engagements, but we can help support them, and we can provide helpful policy updates and timely information, including what discussions have already taken place and what congressional members’ priorities are,” Carrillo said.

They emphasized the need for varied and continued communications with elected officials. “They need to hear what their constituents believe and think,” Pomerantz said. “The more you engage, the more you are likely to have an influence on the system.” The House subcommittee on the budget will take public comments, for example. 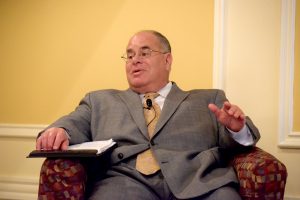 The advocacy fight will be long and complex, Pomerantz predicted, but that is why it will help to have the federal relations team working in concert with faculty, administrators and students, he said. House members are expected to mark up their appropriations bills this month, and the Senate in July.

If the Trump proposal is passed by Congress, Pomerantz warned, “This would be the lowest non-defense budget — as a percentage of the GDP — since records began in the 1960s.” Funding needs for research and education, among others not in the defense budget, will be ignored, he said. “Universities are uniquely engaged in so many activities that fall under [the non-defense budget]. It’s not going to be adopted as a single piece, but all of the elements are out there, and you need to make sure [elected officials] know that it is not going to work.”

At the UC level, Duske said, the outpouring of concern has been heartening and might have even contributed to the successful passing of an omnibus bill for 2017 that was more positive for research funding. “The long game, when it comes to federal advocacy, is always important,” she noted.

“Even though there is so much uncertainty, we don’t stop or wait around,” she said. “We have a mission. We need to have the conversations with people who don’t necessarily agree with us. That can be scary, or hard, but there are [Congressional] members with their doors open. It’s about building the relationship in an appropriate way, and challenging information that might not be accurate.” 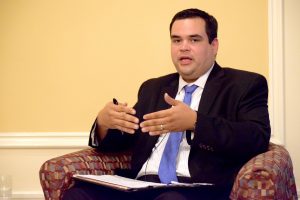 Audience members asked the panel how to best present facts about the UC, whether faculty face time in Washington, D.C., was an effective approach and how to reach elected officials who do not share the UC’s values or are from districts out of state.

The panel implored audience members not be discouraged if they meet with staff members rather than a member of Congress. These people hold influence with their elected officials — and could become a long-term ally as they move up in the political ladder, Duske noted.

As for advocacy and presenting UCLA in the best light, Carrillo advised, “You want to do your homework. We have to work with members’ offices to really support them and their priorities, as well as ours. And most of the time, those [relationships] are mutually beneficial.”

He also said that UCLA and UC are already looking to leverage relationships with other higher education institutions outside of California’s borders, along with nonresident students and alumni who are important constituents of key committee chairs from other states.

Visit the Federal Advocacy Toolkit website to learn more about federal issues impacting UCLA and sign up to be a UCLA advocate so the federal relations team can help you prepare and deliver your messages to policymakers in Washington, DC. 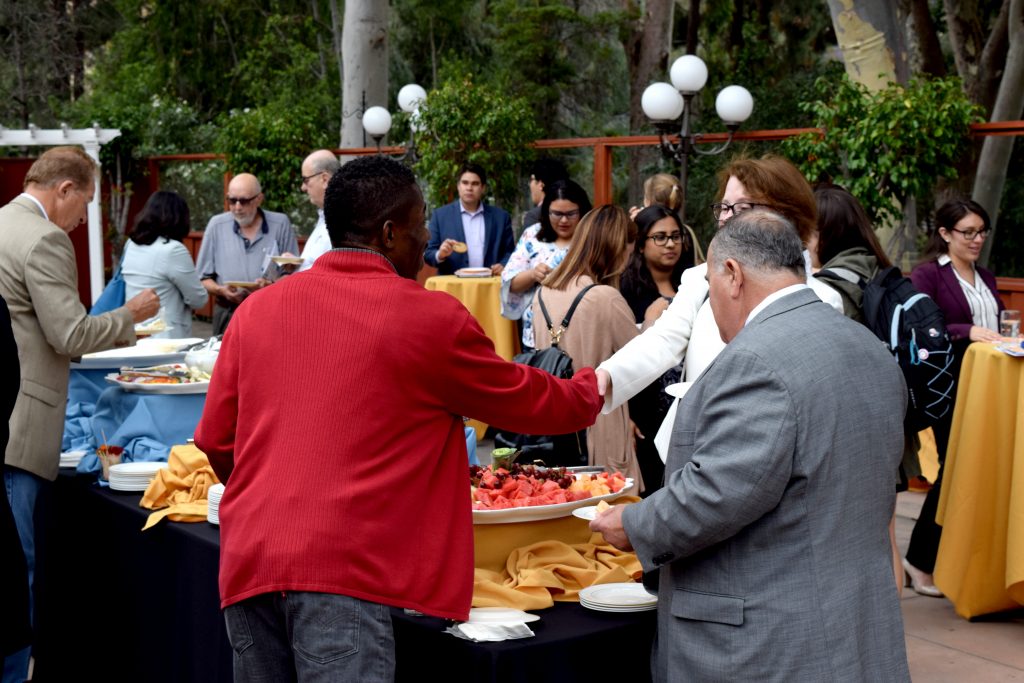