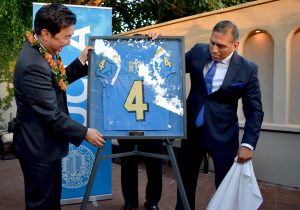 Bliss Youth Orchestra serenaded the crowd as they mingled and networked while various unique Italian hors d’oeuvres were served.

The reception portion of the event was led by Asian Americans Advancing Justice President and Executive Director Stewart Kwoh ’70, JD ’74, who acted as emcee. Dr. Marjorie Kagawa-Singer ’72, MA ’84, PhD ’88, of the UCLA Asian American Studies Center and research faculty at the UCLA Fielding School of Public Health, conducted the main presentation during the celebration. Sharlene Lee, president of the Asian Pacific Alumni of UCLA, also made remarks.

Ryu took office on July 1, 2015 as the first Korean American to serve on the Los Angeles City Council, and only the second Asian American. He represents a district that covers a wide swath of Los Angeles, including the neighborhoods of Sherman Oaks, Toluca Lake, Hollywood, Hollywood Hills, Los Feliz, Silverlake, Miracle Mile, Hancock Park, Windsor Square, Larchmont and a portion of Koreatown. 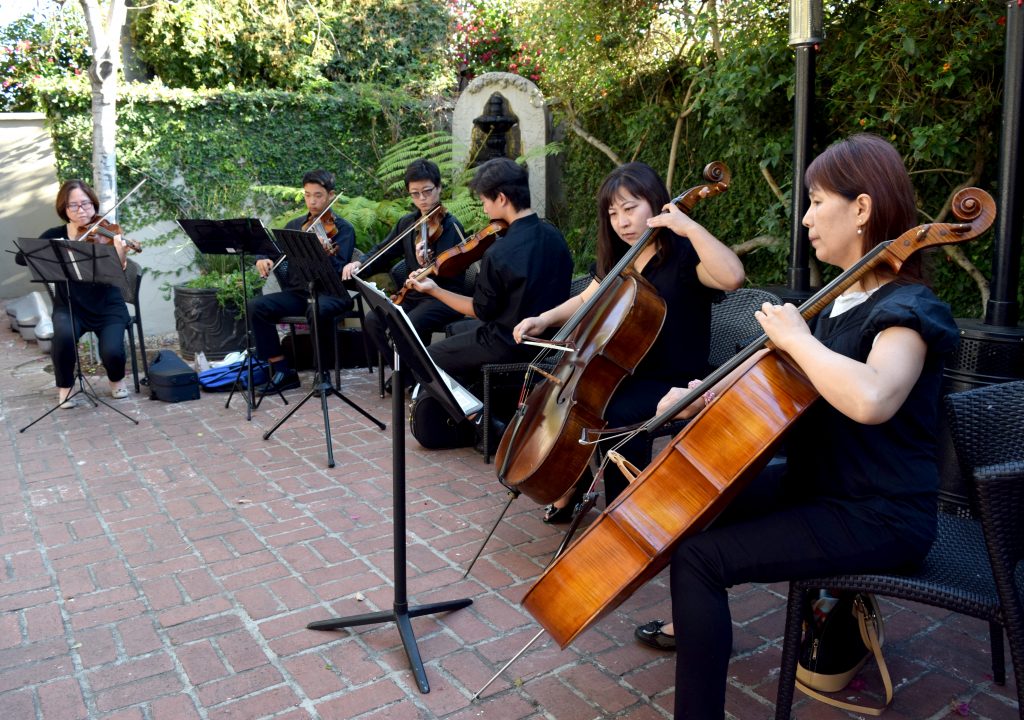 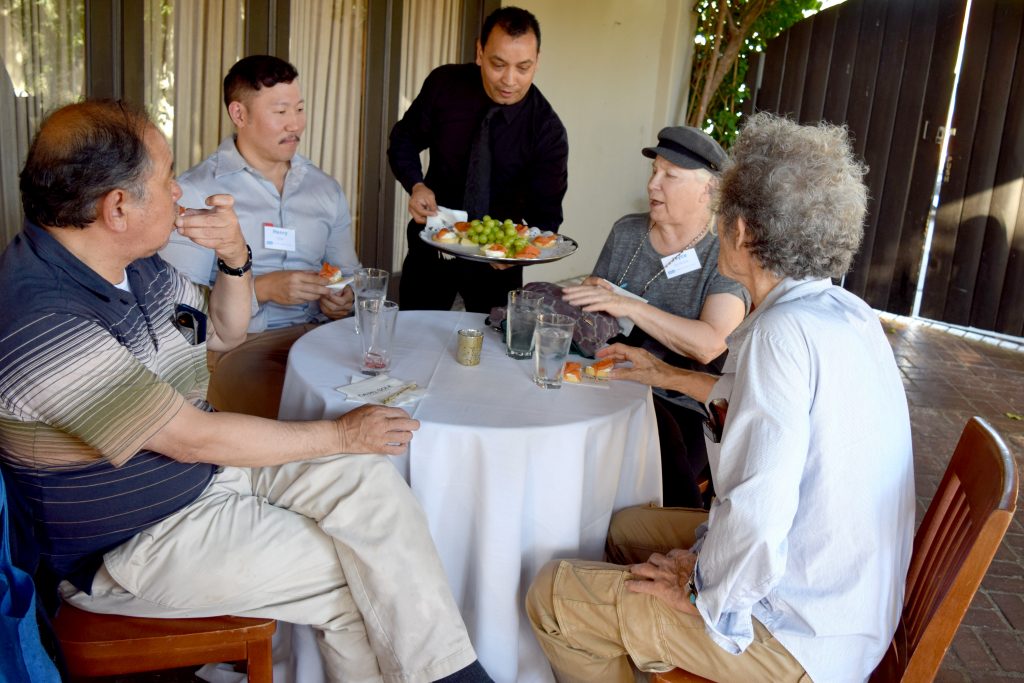 The event was hosted and catered by Ca’ Del Sole in Toluca Lake. 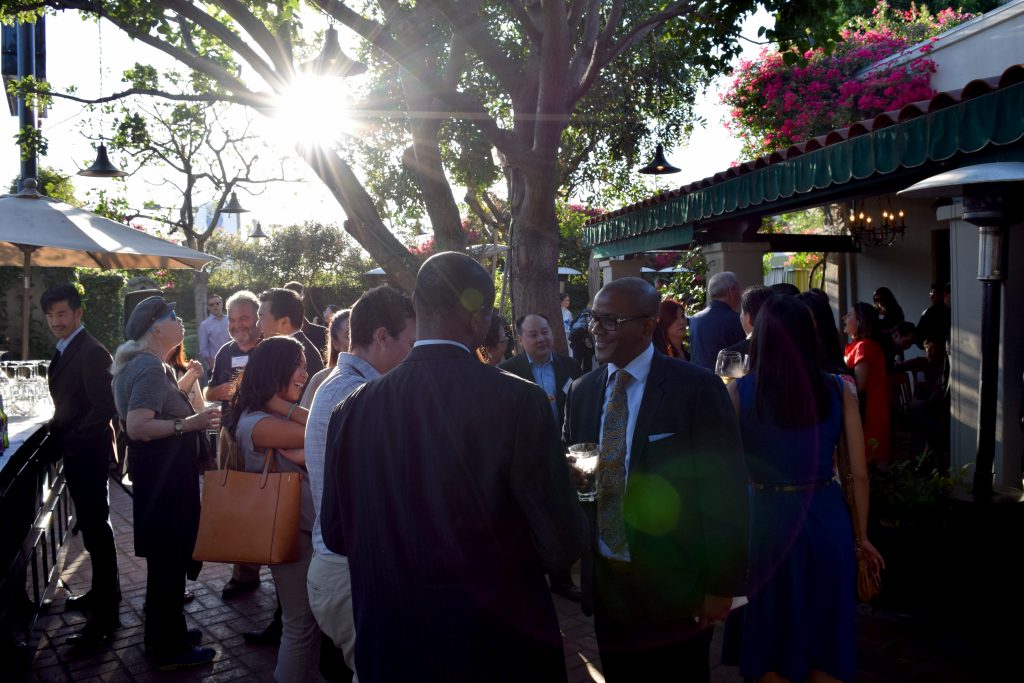 As the sun set, a crowd of more than 100 gathered to honor City Councilmember David Ryu. 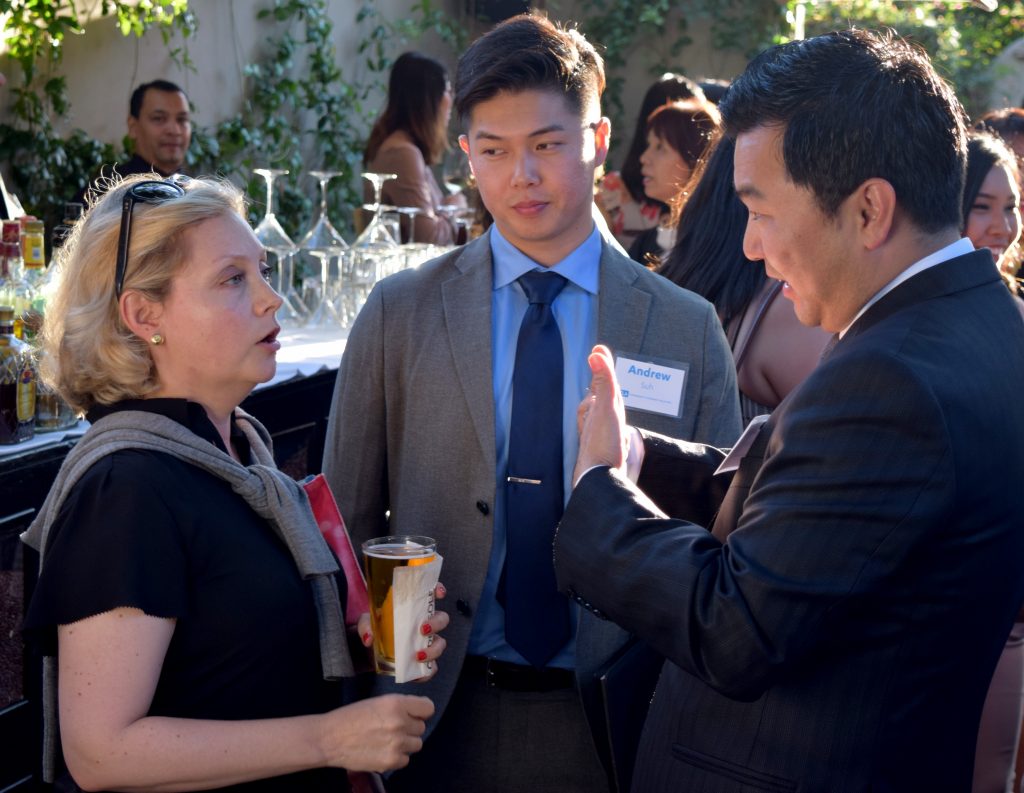 Ryu took the time to speak to much of the crowd, which included constituents and UCLA alumni alike. 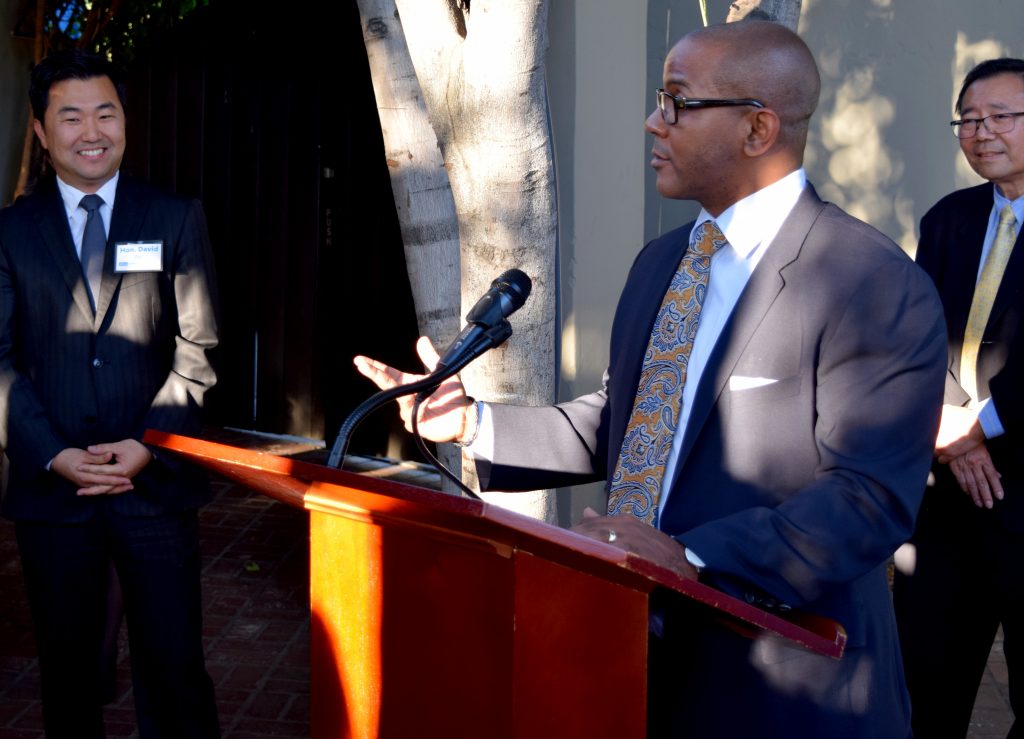 UCLA Government and Community Relations Senior Executive Director Richard Benbow III joked about his first encounter with Ryu, and their experiences before Ryu became a councilmember and Benbow started at UCLA. 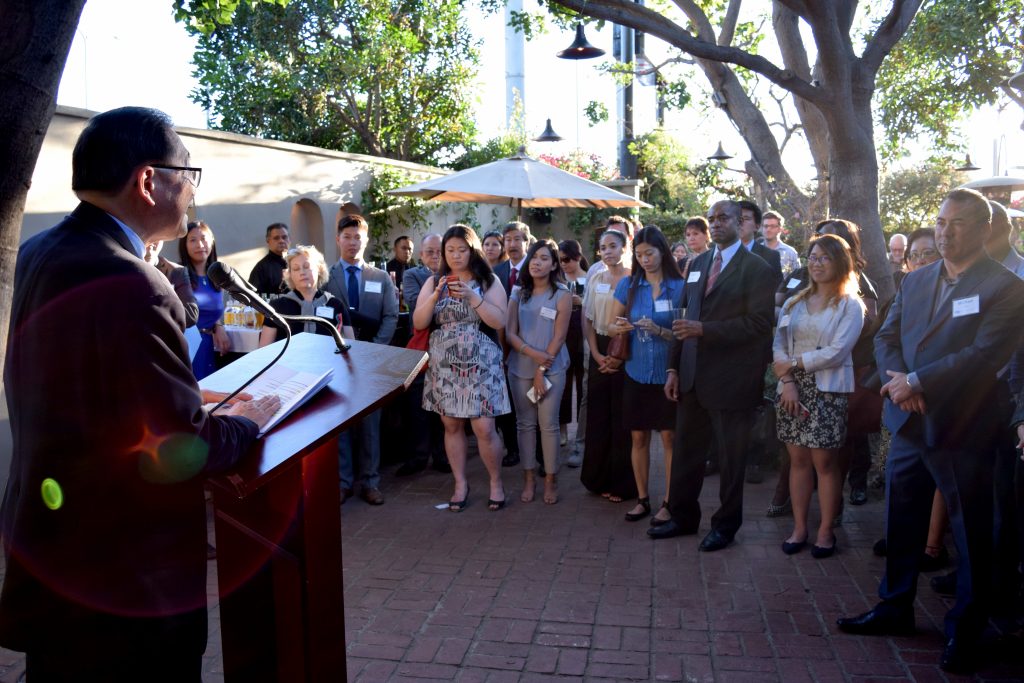 Asian Americans Advancing Justice President and Executive Director Stewart Kwoh presided over the reception, noting how proud he was of Ryu. “He is truly a messenger of social justice and unity.” 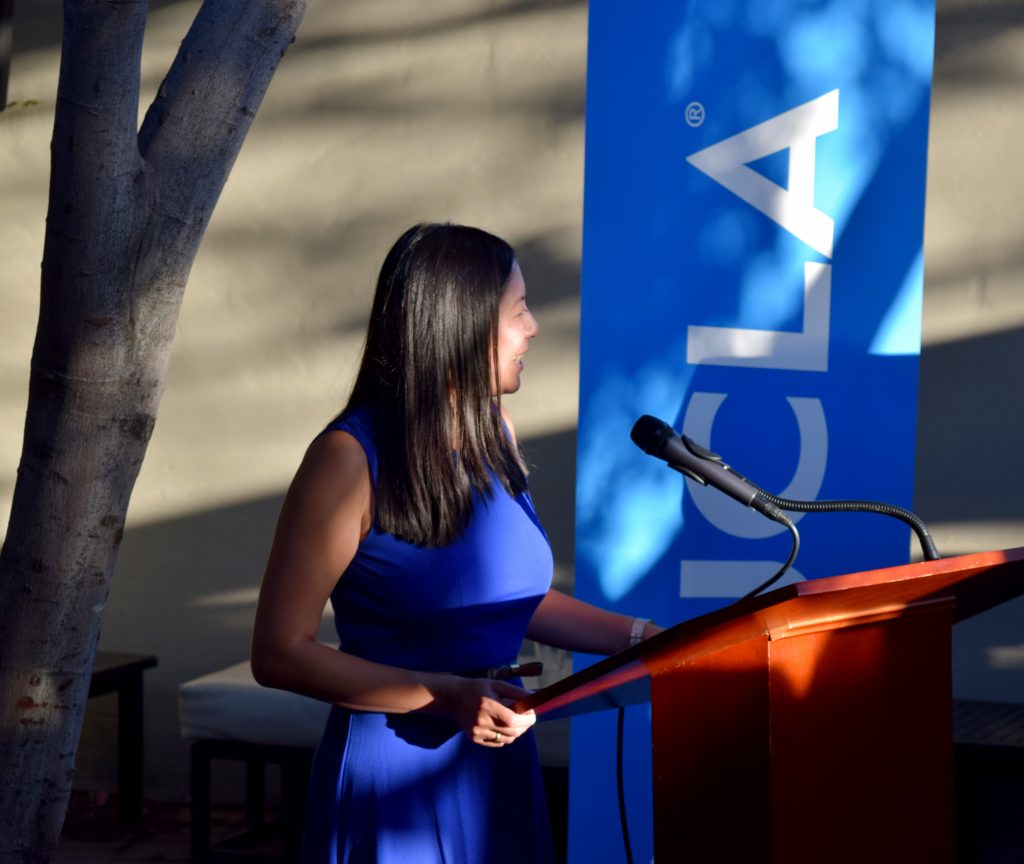 Asian Pacific Alumni of UCLA President Sharlene Lee made several remarks, noting she had a lot to live up to. She was preceded by Ryu in the role. 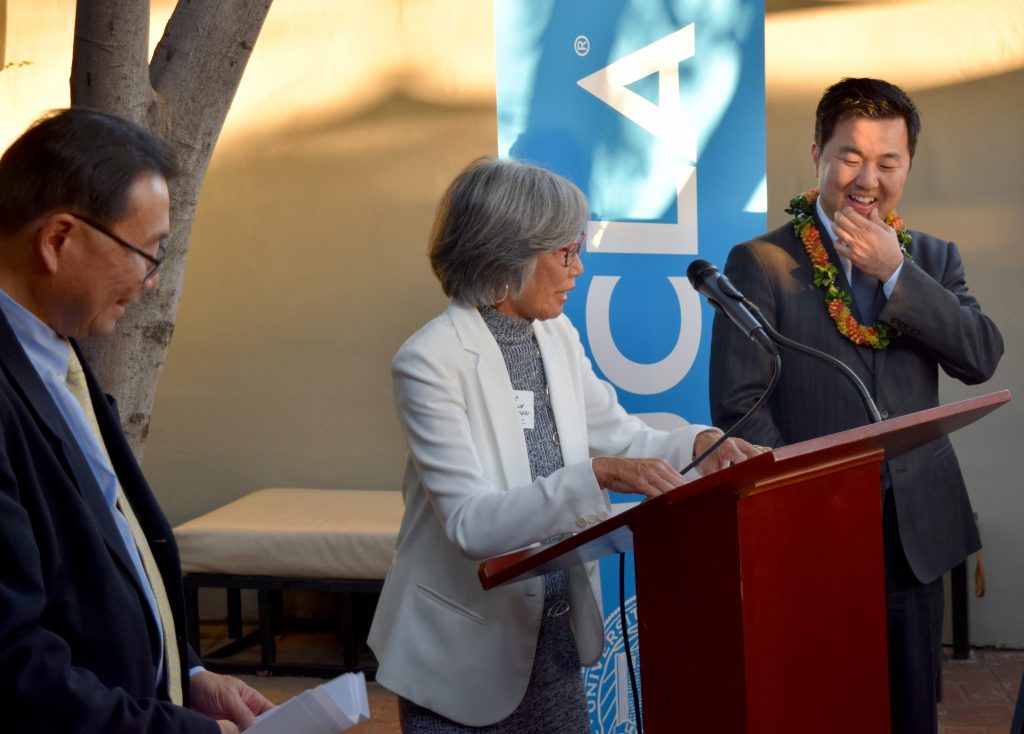 Dr. Marjorie Kagawa-Singer presented Ryu with a special commemorative lei and then told a little bit of its history. 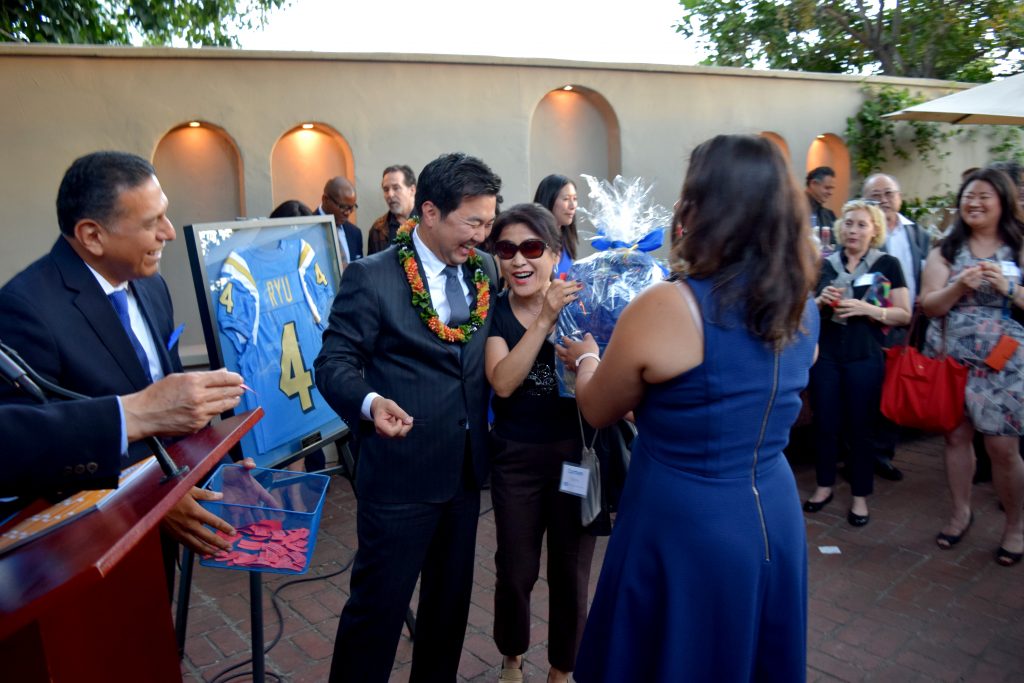 Ryu said he was humbled by those in attendance. “I am very blessed because the district I serve has all the best that Los Angeles has to offer,” he added. Afterward, he enjoyed a moment with the raffle winners before the sun set on the celebratory event.