Today, UCLA can claim more than 200 community programs scattered across the Los Angeles region — everything from mobile health clinics to nanoscience pop-ups to partnering with the Los Angeles Unified School District to operate two schools. There are also are six current alumni city councilmembers and one member of the Los Angeles County Board of Supervisors. 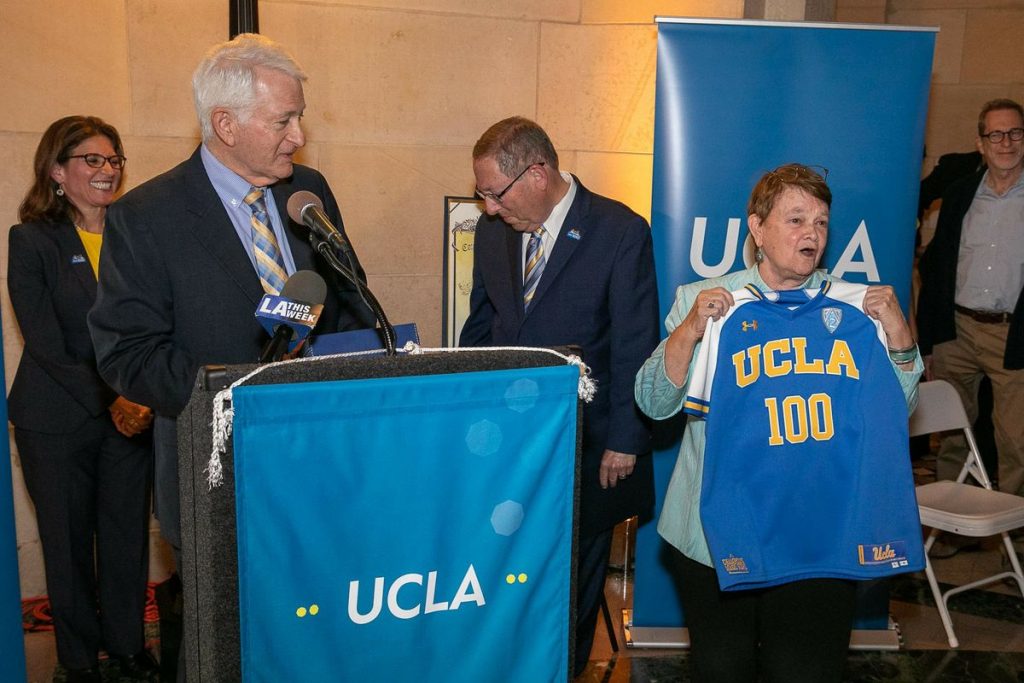 On May 22, local government officials and alumni gathered to recognize this immense partnership. The Los Angeles City Council declared it “UCLA Day” and the county supervisors officially joined in the Centennial with its own proclamation. In the evening, UCLA honored the civic champions of today, while honoring those past inspirations.

“Being located in Los Angeles has been an indispensable part of all of this,” said Chancellor Gene Block, addressing a crowd of alumni and civil servants at the city hall rotunda. “In fact, the precursor to UCLA — called the California Branch State Normal School — was just a few blocks away from here, at Fifth and Grand.

“We know our achievements are Los Angeles’ achievements,” Block continued. “UCLA and Los Angeles have many of the same goals.” Block said he was particularly proud of the university’s partnership with the city to develop an environmental sustainability plan.

Those types of partnerships were extolled throughout the day. City Councilman Paul Koretz and Supervisor Sheila Kuehl — who both represent the UCLA campus — received the UCLA Tom Bradley Local Leader of the Year award.

“I speak as someone who considers himself, heart and soul, as part of the UCLA Bruin family,” Koretz said. “Not just because UCLA is in the Fifth District, but because I’m a proud UCLA graduate, as is my wife who graduated UCLA Law School, and my daughter — and almost half of my staff. And personally, without the things I learned, and the experiences I had, and the people I met at UCLA, I would never be an elected official today, and not had the career that I’d had.”

Koretz made sure to note that his office’s partnership with UCLA just directly impacted the city — the city ratified a right-to-council program to protect city tenants who otherwise might be unjustly evicted, many of whom would end up homeless. UCLA Luskin School of Public Affairs students suggested the idea to Koretz. “And so a direct step to keep people from going homeless in L.A. comes straight from UCLA,” he added.

Kuehl said that “UCLA is in many ways deeply engaged with the county,” noting that UCLA partners directly with two out of four county hospitals. She attested to the influence the university had on her to expand her world and open her mind, and said her experience at UCLA Unicamp directly influenced her decision to be civically minded. 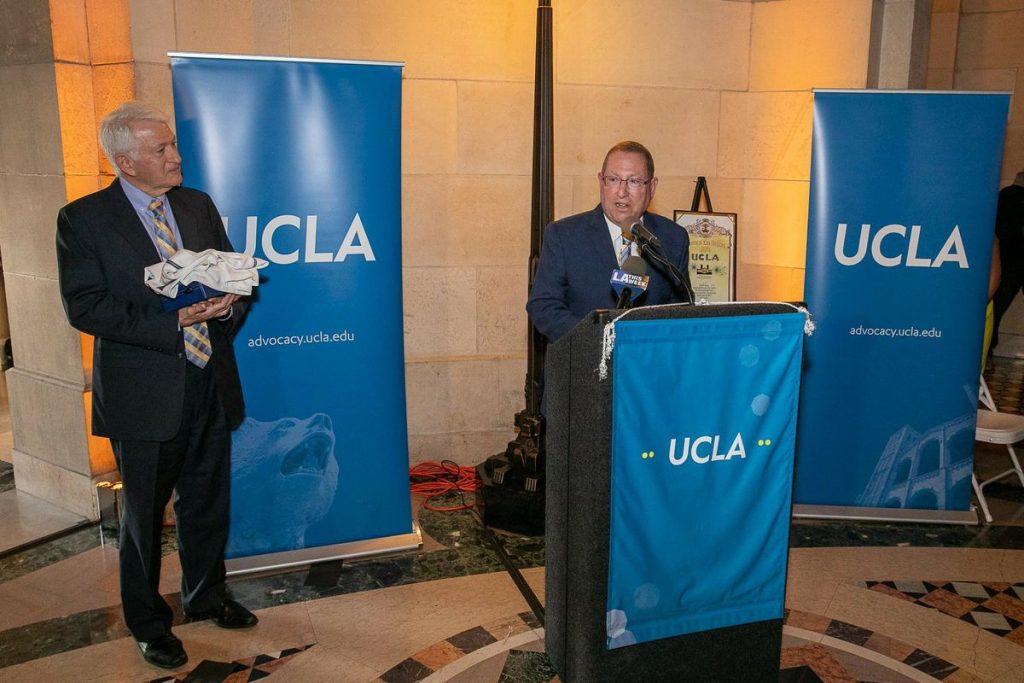 Los Angeles City Councilman Paul Koretz talks about his time at UCLA and how it shaped his career.

“That was really what made me feel that life in public service was a wonderful thing to do,” she said.

Lawyer and civil rights activist Stewart Kwoh received the UCLA Lifetime Achievement Award. Kwoh is known, among other achievements, for founding Advancing Justice L.A. and being the first Asian American to receive a fellowship from the MacArthur Foundation. He credited UCLA for how it influenced his passion for equality and justice.

“What I learned from UCLA was perseverance,” he said.

Giving back was the theme of the day, and after the UCLA Bruin Marching Band echoed through City Hall in the morning, speakers reiterated the sentiment.

“To be a Bruin means to give back and pay it forward,” said Claire Fieldman, undergraduate student association council president.

Councilman and Bruin alumnus Gil Cedillo concurred. “At UCLA, we believe in public service. It’s incredible, the culture. As a Bruin, when you come out [of there] you want to help. We’re helpers. We want to make things better. At UCLA, we volunteer, because it’s the right thing to do.”