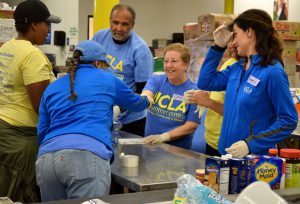 Carol Block, wife of UCLA Chancellor Gene Block, led a group of volunteers at the Los Angeles Regional Food Bank on May 5.

The Los Angeles Regional Food Bank has been serving the area for 43 years, mobilizing resources in the community to alleviate hunger. UCLA Government and Community Relations, along with Carol Block, donated time in April and May as a continued partnership between the two Los Angeles institutions.

“The Food Bank is just of those organizations that can always take a large number of volunteers, and they need the help constantly,” said Ashley Love-Smith, interim director of the UCLA Volunteer Center. “UCLA is all about giving back so it is important for us as staff to work on these service projects at least a couple times a year.”

Since 1973, the Food Bank has distributed 1 billion pounds of food, and it continues to grow. It provides 300,000 pounds every month, currently. In 2016, the Food Bank distributed 55 million meals, and 20 percent of that food was fresh produce.

“Los Angeles is sadly known as one of the hunger capitals of the country,” Love-Smith said. “There are a lot of hungry Angelenos who live in the city, so the Food Bank is an important resources for those individuals. A lot of people live below the poverty line, and they are forced to make choice between rent, medical bills or groceries. A lot of people choose putting a roof over their heads and they go without food. It’s our imperative to help.

If you are interested in getting involved with the Los Angeles Regional Food Bank, visit www.lafoodbank.org. Food Bank officials note that $1 can make 4 meals, and they have a direct website for donations here. 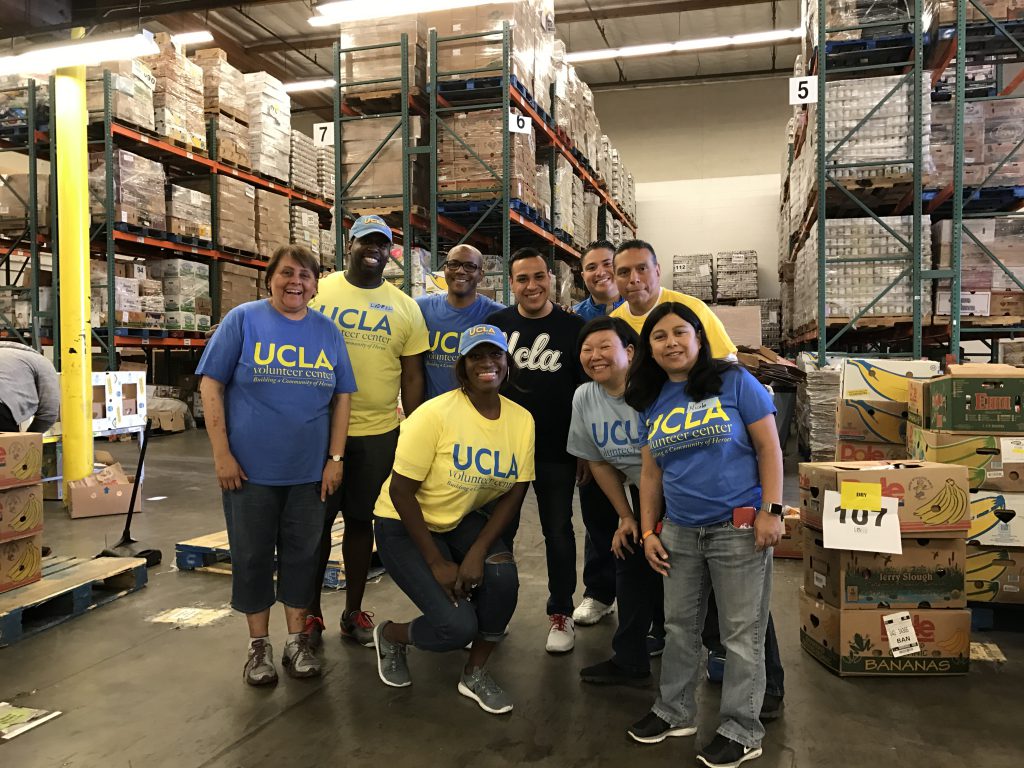 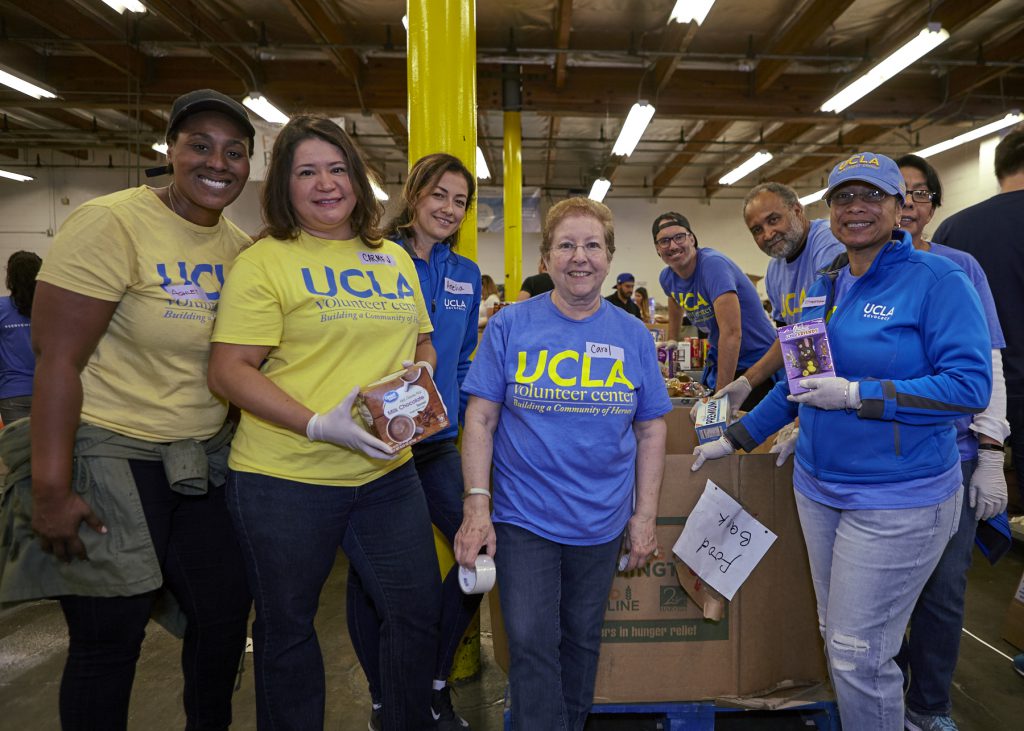 May 5 UCLA volunteers at the Los Angeles Regional Food Bank.