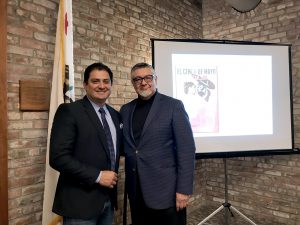 Professor David Hayes-Bautista takes a moment with California Senator Ben Hueso, who is Chair of the Latino Caucus and a UCLA alumnus, during a recent presentation on Cinco de Mayo.

UCLA Professor David Hayes-Bautista is becoming a bit of a regular up in Sacramento these last two months, lending his unique expertise to legislators regarding the Latino experience in California and the country as a whole.

Hayes-Bautista is the director of the Center for the Study of Latino Health and Culture at the UCLA School of Medicine. In March, he visited several freshmen legislators for a briefing on a new book he just published, “La Nueva California: Latinos from Pioneers to Post-Millennials”.

“In general, I thought they were very receptive,” Hayes-Bautista said of his experience. “A couple shared that they liked the data as a counter-narrative to what is in the popular press. At least no one kicked us out of the office!” 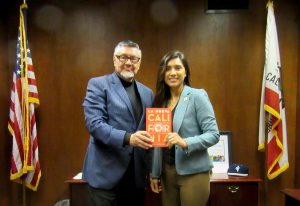 The book takes on allegorical stereotypes regarding the Latino population by using data collected from 1940-2015. Discoveries included that Latinos have the highest rate of labor force participation, work more hours per week, work more in the private sector and less in the public sector, use welfare less, have fewer heart attacks and strokes, live 3.5 years longer and set up businesses at 10 times the rate as other cultural and ethnic divisions do in the state of California.

“From these basic behaviors and values, Latinos have been more American than anyone else,” he added. “But that is not the popular public perception.”

Hayes-Bautista said that as an academic, it is important to get his research in front of elected representatives, so that they are armed with information — and more importantly, hard data.

“We take very seriously the triple mission of research, teaching and public service,” he said. “I think this data will be helpful to policymakers, so when they make decision they are aware.” 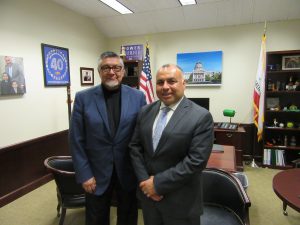 The professor has been so popular in Sacramento, he was asked to come back to speak to the California Latino Legislative Caucus on April 26 in advance of Cinco de Mayo. His book, “El Cinco de Mayo: An American Tradition” delves into the history of the holiday, and debunks incorrect assumptions, cutting to its true meaning.

Overall, the professor has been pleased to lend his expertise to those up in Sacramento, bringing UCLA’s knowledge north. On May 2, he will release his Latino GDP report, another useful tool for legislators. “If our job is to show what the university research has to offer, I think we did a good job of that. I feel our research is valuable to the state of California, and I enjoy sharing it with those who make decisions. I like them to see they are getting a good bang for their buck, so to speak.” 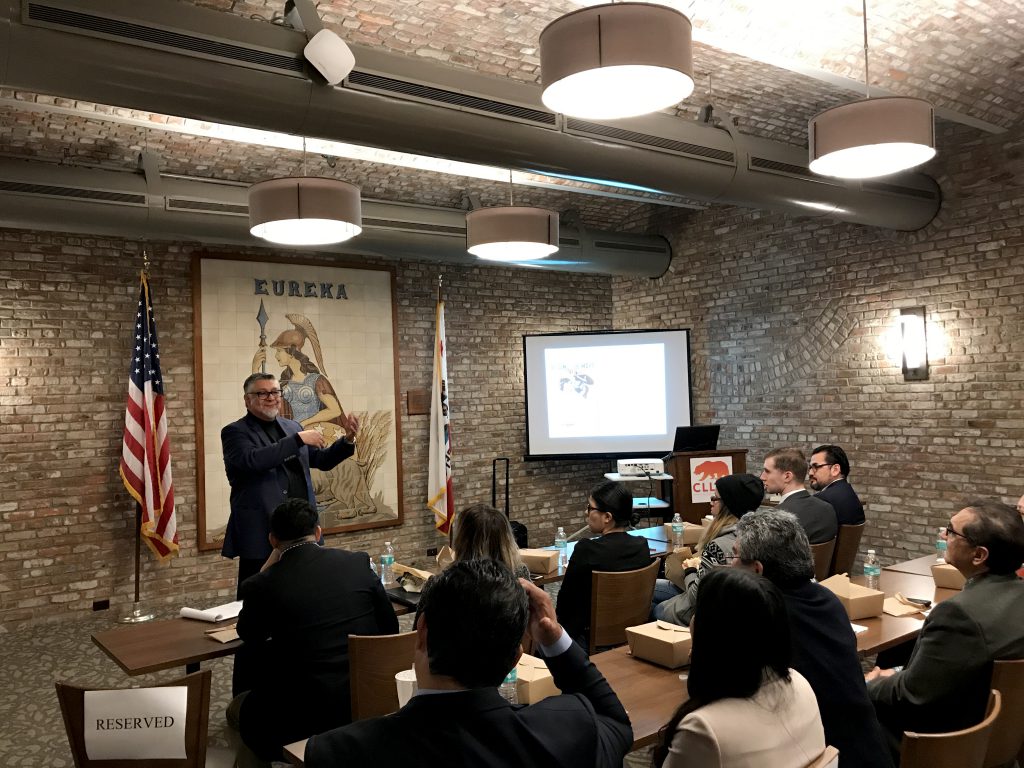