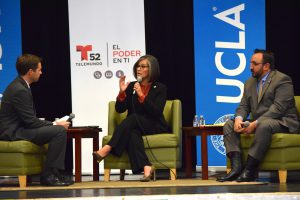 The general election to fill the seat will take place on May 16. Previously, there were 20 candidates vying for the seat during the March 7 primary, but no candidate received 50+ percent of the votes, so the top two candidates moved on to a runoff election.

Former Vice President of the Los Angeles Board of Public Works Monica Rodriguez received 27.82 percent of the vote in the primary, and Councilmember Paul Krekorian’s Director of Planning and Environment Karo Torossian received 16.46 percent.

The candidates, coming together in a comfortable setting moderated by Telemundo anchor Julio Vaqueiro, were tested on their knowledge and plans regarding a number of topics important to Council District 7 constituents including transparency, city services, transportation, homelessness, affordable housing, jobs and economic development, health, public safety and the 2024 Olympics bid. About 100 residents gathered at Vaughn G3 Charter Academy in Pacoima to listen.

The winner of the May 16 election will be taking over a seat that has been without direct representation since September 11, 2016. On that day, Councilmember Felipe Fuentes resigned from the position. He had served the district since 2013, which includes Pacoima, Lake View Terrace, Sunland-Tujunga, Mission Hills, North Hills, Shadow Hills and Sylmar. The area is a mix of prime industrial/manufacturing space and diverse, working-class neighborhoods. Since the Fuentes resignation, Council President Herb Wesson has presided over the district.

UCLA presents the audio from the event below as a service to our advocates and Los Angeles voters at large:

Pictures of the event can be viewed at UCLA Advocacy’s Flickr and Facebook accounts, along with a sampling below: 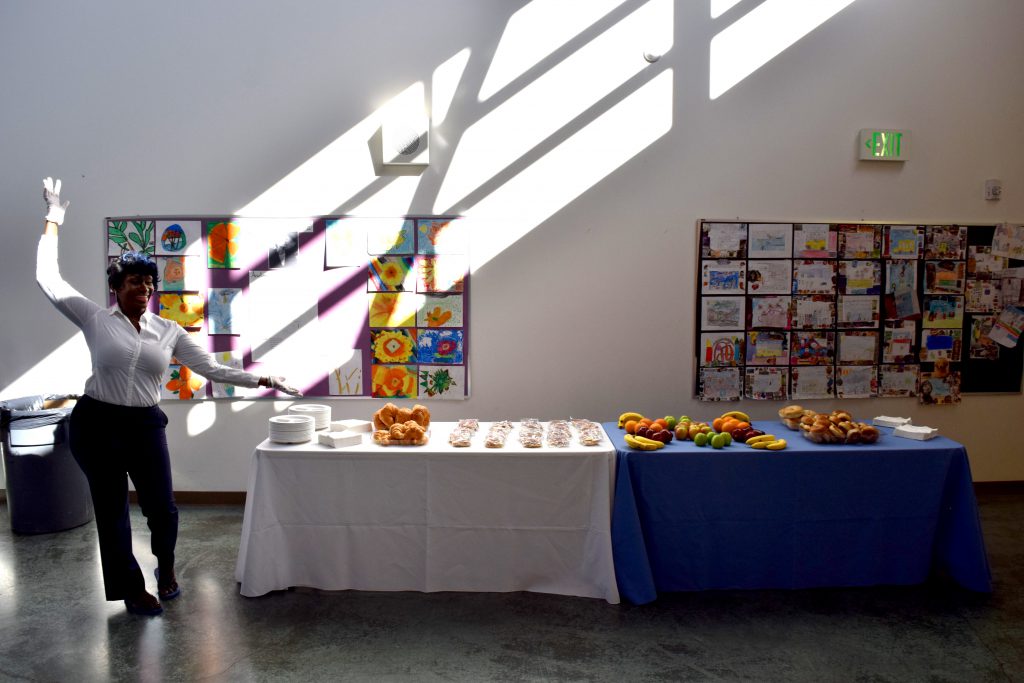 Residents and alumni were greeted in the morning with breakfast and some time to network and mingle. 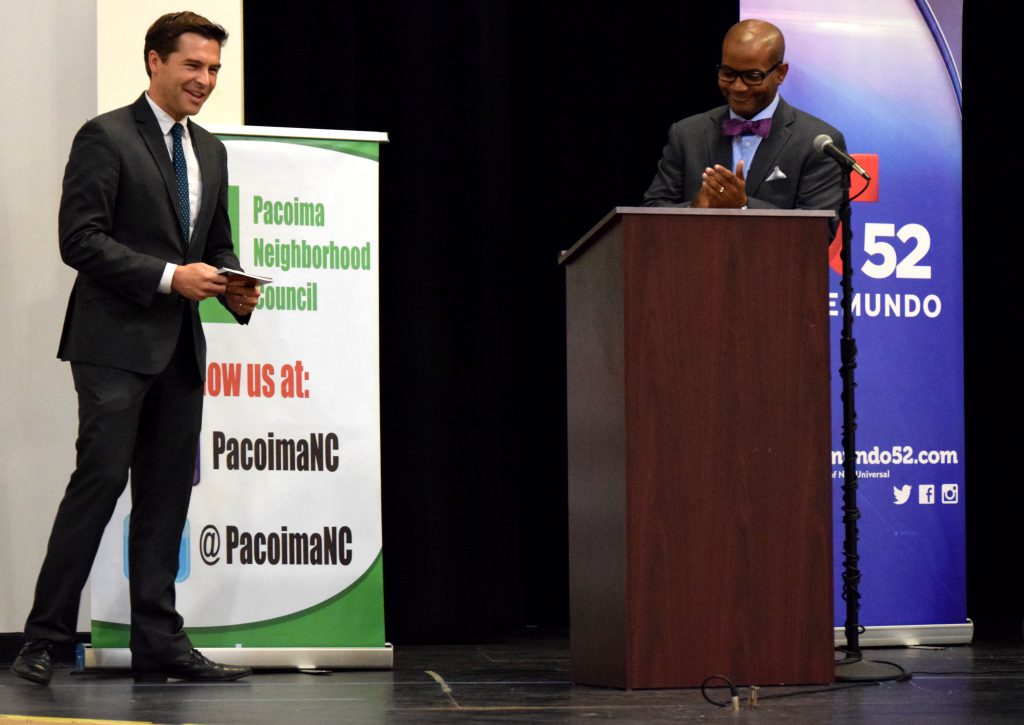 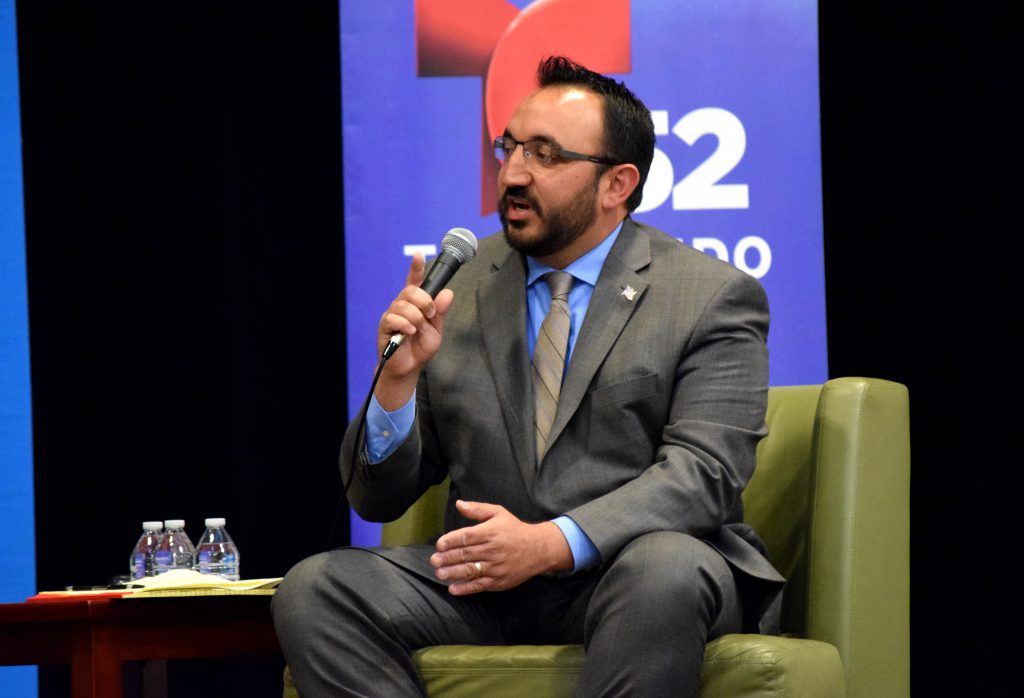 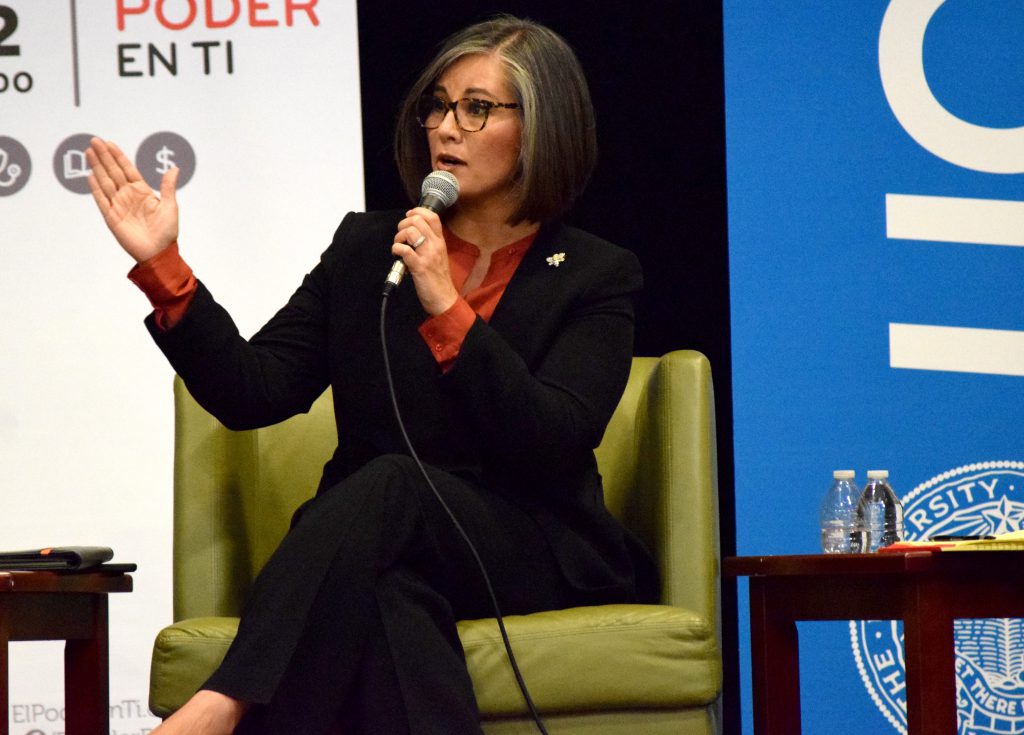 Candidate Monica Rodriguez is a former Vice President of the Los Angeles Board of Public Works. 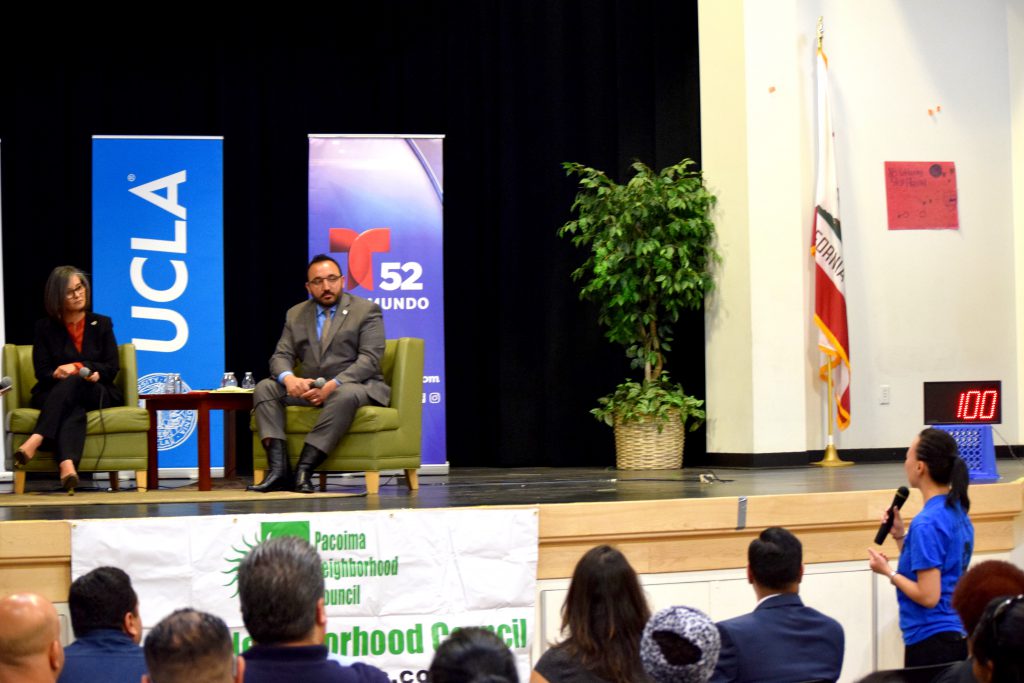 Forum partners, including MEND, were able to ask several questions from their place in the audience. 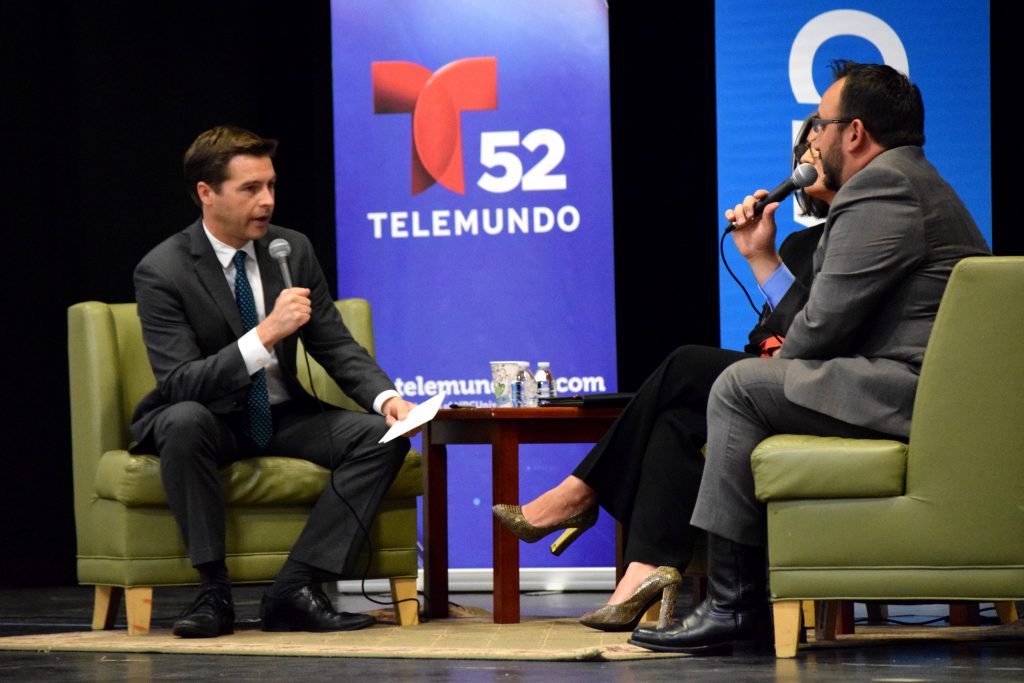 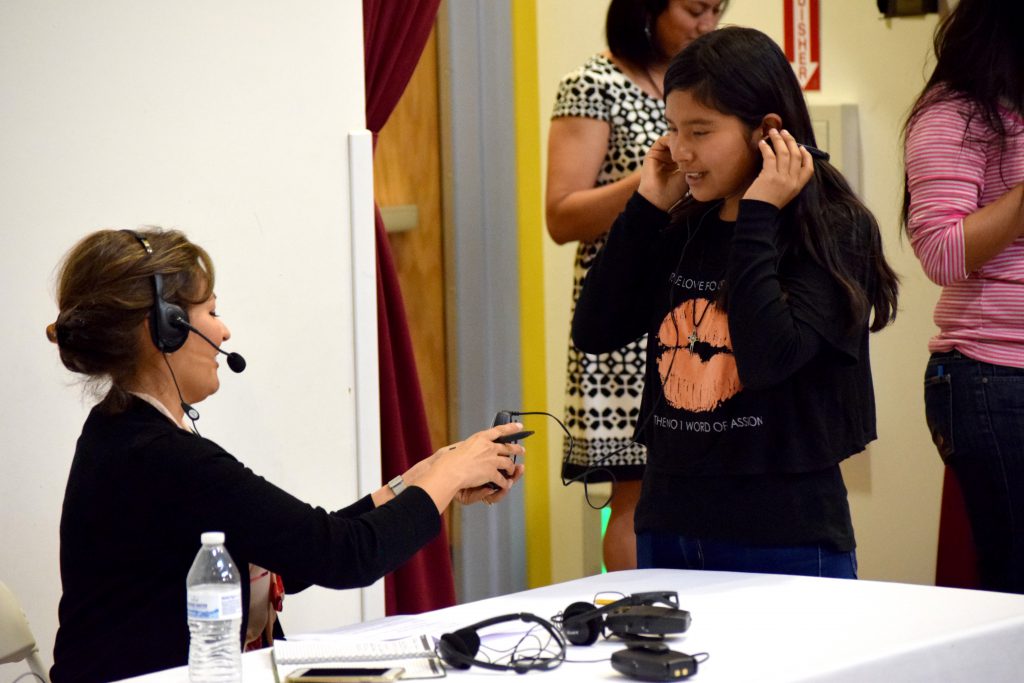 Translation kits were made available to residents both young and old alike. 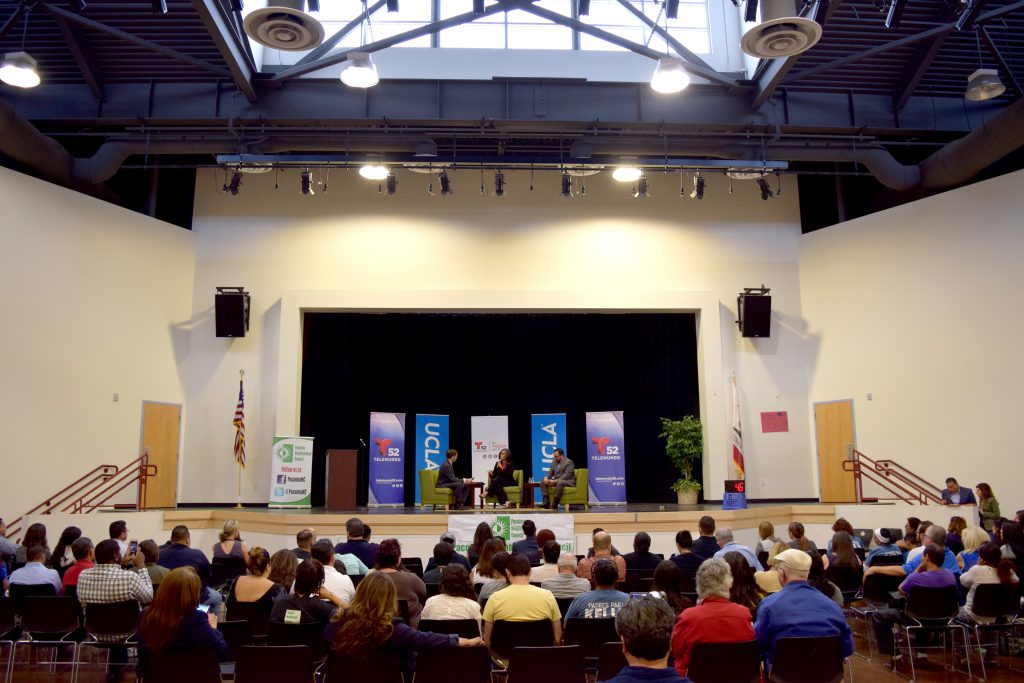 The forum was hosted at the Vaughn G3 Charter Academy in Pacoima. 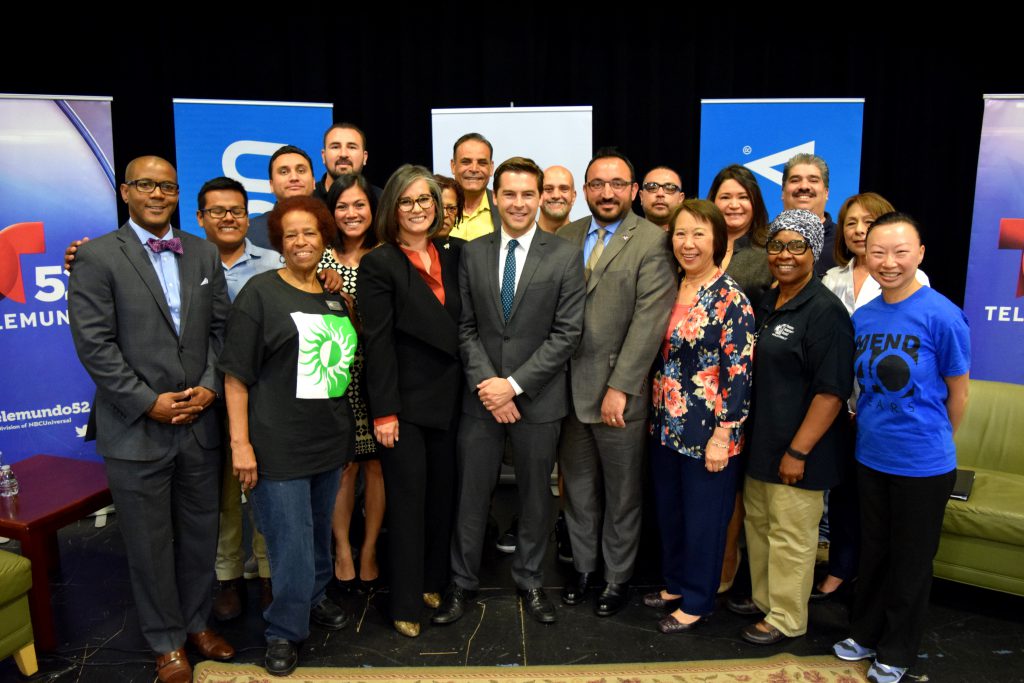 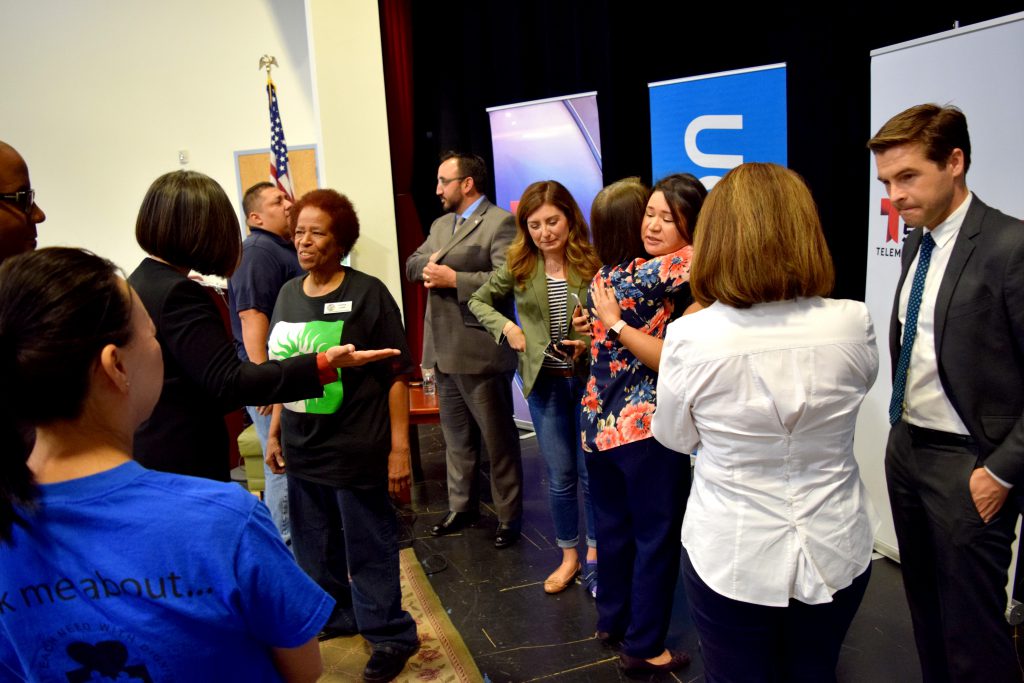 After the forum, candidates stuck around to mingle and answer questions. 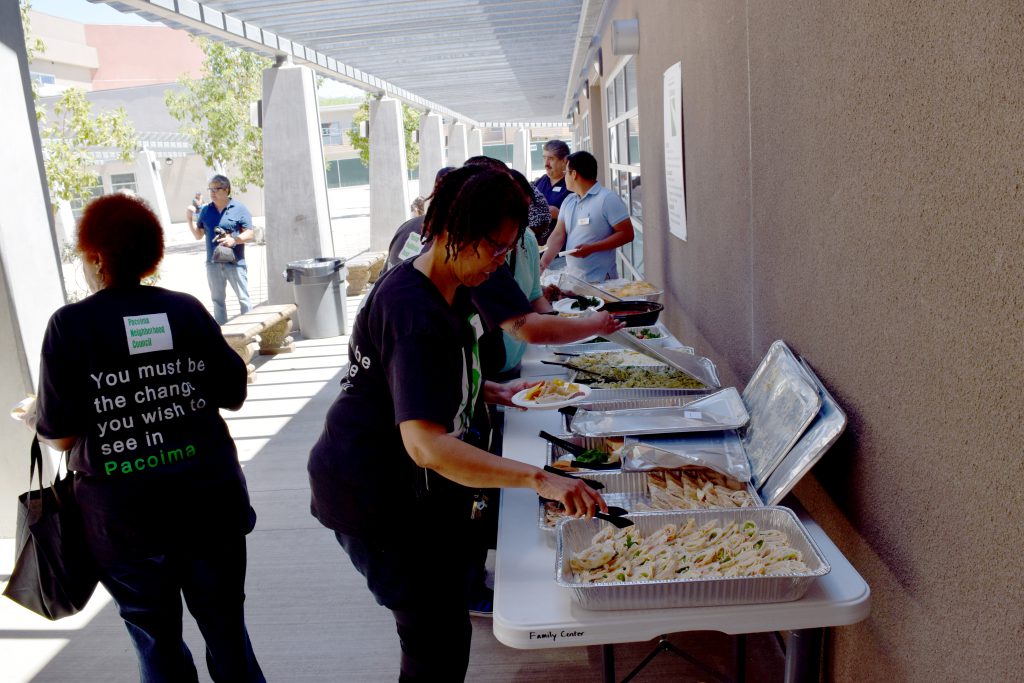 Attendees were able to grab some lunch before taking off for the rest of their weekends.