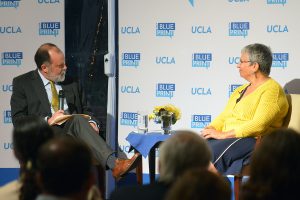 The time is now to move the needle on energy consumption in Los Angeles, California and the country, UCLA experts have said repeatedly, with the most recent declaration coming in the Spring 2016 issue of Blueprint Magazine.

“The chancellor for years has said that this great public institution in the middle of the biggest state of the country and the second-biggest city in the country, needs to play an active role in the civic life of this community,” Blueprint editor-in-chief Jim Newton said during the May 19 launch event for the latest issue. “Blueprint is a small part of that effort as a hub for something just like this.”

The magazine includes interviews with two of the state’s most important policymakers: Gov. Jerry Brown and Mary Nichols, chairwoman of the California Air Resources Board. Other articles concentrate on reconsidering energy policy; power uses and learning to waste less; and changing our habits to save power.

“As many of you know, making Los Angeles fully sustainable in energy production and water use by 2050 is a goal of UCLA’s first Grand Challenge,” Chancellor Gene Block said. “This is precisely what Blueprint was founded to explore and explain, so it is a very nice match.”

Newton introduced Nichols, 71, to the audience at the UCLA Chancellor’s Residence. The environmental stalwart filed the first ever lawsuit under the Clean Air Act 45 years ago. Since then, she has been an advocate for environmental causes through a number of avenues, included two stints with the California Air Resources Board. 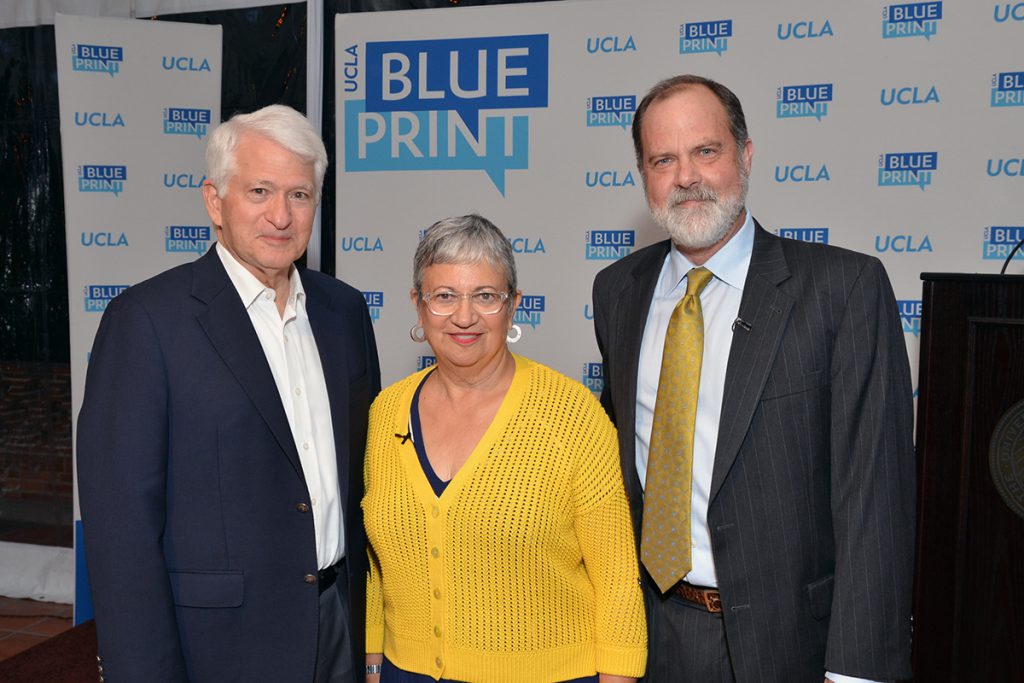 “It is no exaggeration to say that every person in this room is healthier because of the work of Mary Nichols,” Newton said. “I can think of no more profound or wide-ranging contribution to society than to have literally freshened its air.”

From there Newton and Nichols touched on a number of topics: from a poll that cites 36 percent of the U.S. population as only worried “a little” or “not at all” to the recent emissions scandal that rocked Volkswagen cars and SUVs. Nichols spoke about her history of working with governors of all types: Ronald Reagan, Brown twice and reaching common ground with Arnold Schwarzenegger. Throughout, progress has won out, she noted.

“What starts in California moves out from California in waves,” she said. And despite opposition, including from Reagan during the enacting of the Clean Air Act, people adapt and “industry always finds ways to comply.”

To receive emails from UCLA Blueprint with links to new issues and public events, register on the website.