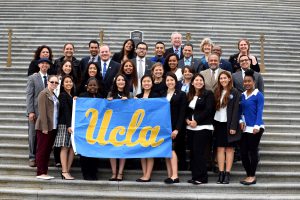 A UCLA delegation visited Washington, D.C. from May 16-18 to advocate for Pell Grant Funding and to show success stories of the university’s Academic Advanced Placement program.

Thirty-four delegates representing UCLA, including current undergraduates and graduate students, alumni and staff traveled to the nation’s capital this week to share with members of Congress their personal stories of college access, completion and success.

Delegates advocated for reinstatement of year-round federal Pell Grants, which support students from the lowest income families, and shared stories of their personal success at UCLA due to the university’s Academic Advancement Program (AAP).

The oldest and largest university-based student diversity program, AAP offers academic and social support to non-traditional and historically underrepresented students, many who are the first in their families to go to college, in the form of scholarships, summer bridge programs, research opportunities, computer labs, counseling, mentoring, and peer learning facilitation. Due in part to AAP, 88 percent of Pell Grant recipients complete their UCLA degree within six years, close to the same percentage as all entering students. 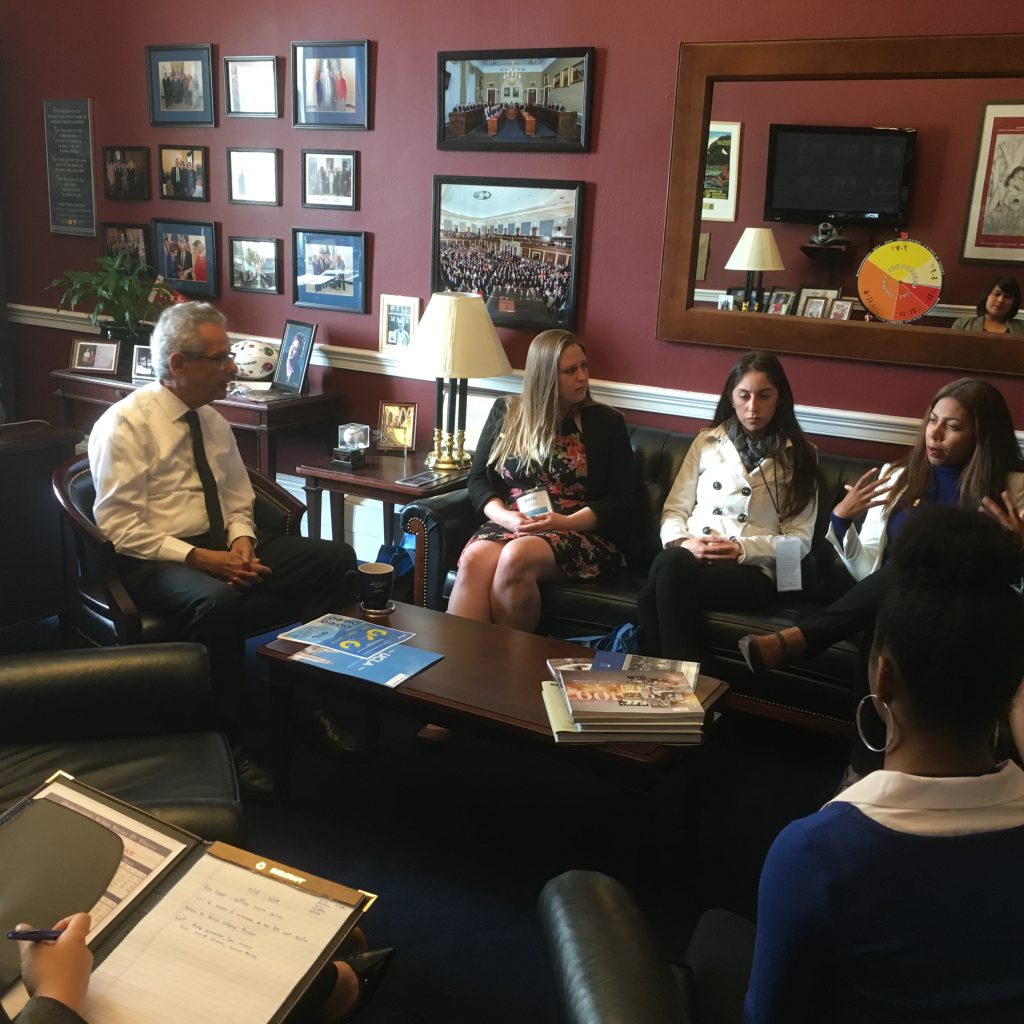 “Meeting with members of Congress and their staff was a completely new experience for me. I was surprised that they took time out of their days to hear from constituents. They seemed to really care about our concerns and perspectives, and specifically what we had to say about Pell Grants and AAP,” she said. 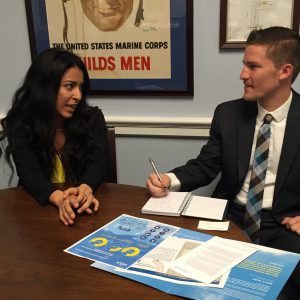 The Congressional meetings this year built upon testimony before the House Education and Workforce Committee by Dr. Charles Alexander, associate vice provost of student diversity at UCLA, on the university’s efforts to support college students from historically underrepresented groups. 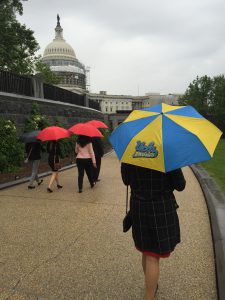 Dr. Jonli Tunstall, part of the senior leadership team at AAP, once an AAP student herself, and a delegate on the trip, recalled the sense of belonging and community she felt when she became part of the program.

“It was AAP’s Scholars Day event for admitted students that made me feel like I belonged at UCLA; like I would have a community; like I mattered to the university. This was further sealed through my participating as a student in AAP’s Freshman Summer Program (FSP). Here not only was I introduced to the academic rigor of UCLA, but I formed lasting friendships and became comfortable navigating the campus,” said Tunstall.

In fact, 91 percent of AAP students report an increased sense of belonging to the broader academic community. 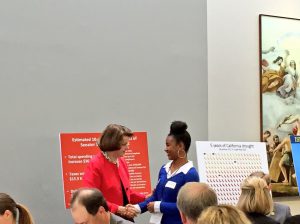 In addition to Congressional meetings, delegates had the opportunity to meet in the Eisenhower Executive Office Building with Eric Waldo, executive director of First Lady Michelle Obama’s Reach Higher Initiative, which encourages all students to pursue post-secondary training or education.

“It was inspiring to hear about the First Lady’s initiative, to see that she and her staff are as focused on diversity as we are. I also liked that he said the initiative is not about beating the odds, but changing the odds,” said Oriana Luquetta, a third year public policy graduate student from the UCLA Luskin School of Public Policy.

At an evening reception in the U.S. Capitol Visitors Center, Under Secretary of Education Ted Mitchell addressed DC-based alumni and the delegates, and spoke about initiatives that will make applying for financial aid less complicated and more accessible to students of all backgrounds.

“The reception was a great way to connect with other Bruins and start building my network now so that I can accomplish my goals in the future. I look forward to studying in DC for a semester and working there after I graduate,” said Coulter. 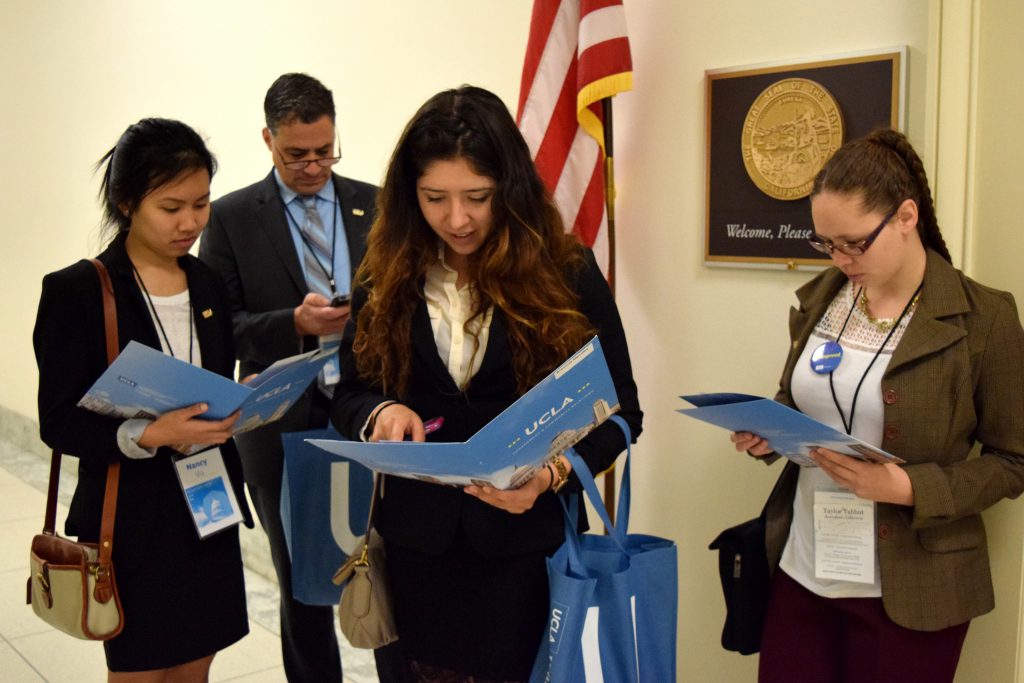 A group of UCLA advocates prep for a meeting.

On the last day of the trip, delegates attended Senator Dianne Feinstein’s constituent breakfast, where they heard from the Senator about her priorities for California and for the nation including creating new water systems to address challenges created by the state’s five-year drought, building housing at the West LA VA campus for homeless veterans, and keeping high tech jobs domestic. She also gave attendees a quick lesson on the amount of discretionary spending in the Congressional budget, emphasizing that entitlements and debt interest make up more than 60 percent, and increasing, of the nation’s yearly spending. 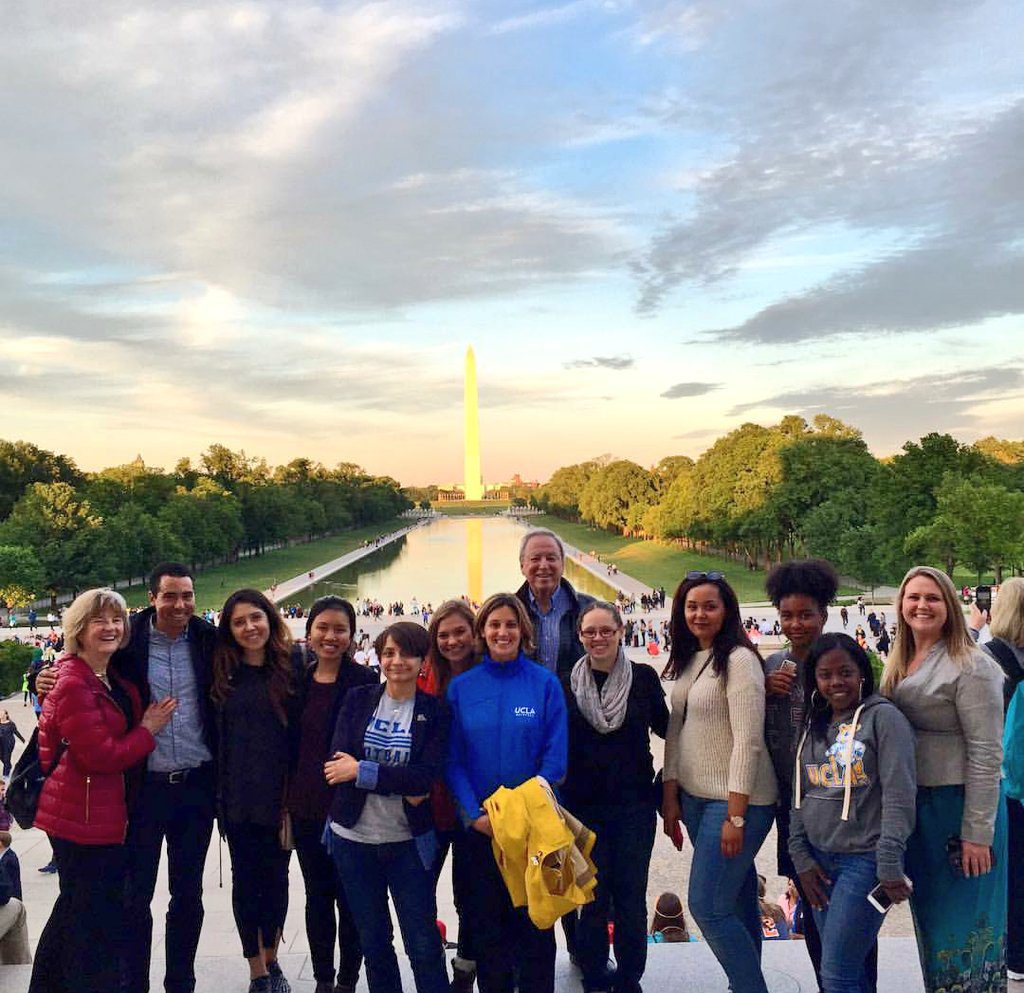 Advocates found a little time to see the sights.

A highlight of the session was when Jacob Jauregui ’16, a history major who interns in UCLA’s Office of Government Relations, was invited up to the podium to recite the preamble to the Constitution.

“This was the best trip of my life,” said Jauregui.

For all the photos taken in D.C., visit Flickr. Take a look at the trip through social media with Storify!