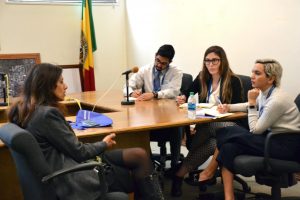 Just how complex the problem of homelessness is in Los Angeles — and how to combat it — was the focus of a recent daylong program that brought students from the UCLA Luskin School of Public Affairs together with community leaders and providers of homeless services from throughout the region at Los Angeles City Hall.

Homelessness in Los Angeles is a problem with a long history. It’s also a growing and complex issue, with no easy fix for the estimated 50,000-plus people living on streets of the city and throughout greater Los Angeles County.

Specific goals for the annual event, which was held March 2, include connecting students with city and county leaders, analyzing an important public and social policy issue, and participating in informed discussion and debate with city staff and civic leaders, according to VC Powe, director of career services and leadership at the Luskin school and who has directed the program since its founding. 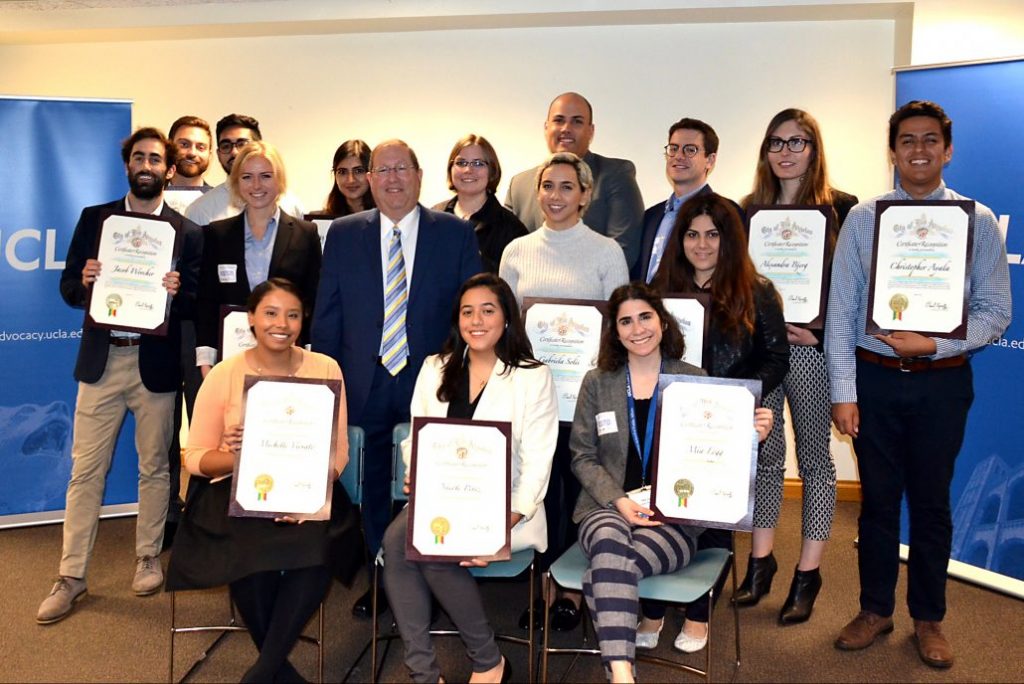 City Councilmember Paul Koretz presented special certificates to the students and spent time listening to their presentations and answering questions.

Hosting the students this year was Los Angeles City Councilmember Paul Koretz, who welcomed the students to City Hall and challenged them to research and come up with creative solutions to the question: What services can be provided today?

More than a dozen Luskin public policy, social welfare and urban planning graduate students worked together in teams to explore and brainstorm possible solutions for the thousands of people currently experiencing homelessness or at risk of becoming homeless. Each team met with and interviewed a wide range of leaders of city and county organizations and agencies focused on the problem. Interviewees ranged from homeless advocates and leaders of charitable organizations to a law enforcement officer and service providers for the homeless.

The students worked together throughout the day to provide Koretz, who represents the 5th council district, with insights, ideas and policy solutions gathered from their interviews and discussions with program participants.

“I think students are finding out as they are talking to all these different stakeholders that there are some obstacles,” said Toby Hur, UCLA Luskin social welfare field faculty member, who served as the students’ faculty adviser during the event. “Building anything in L.A. is a complex process. It’s slow and with Measure H — the county sales tax increase — the money is just beginning to trickle down finally.”

Just a few of the issues discussed across the school’s three professional programs were zoning and land use, social services, law enforcement, jobs and job readiness, child care, NIMBYism and political will. 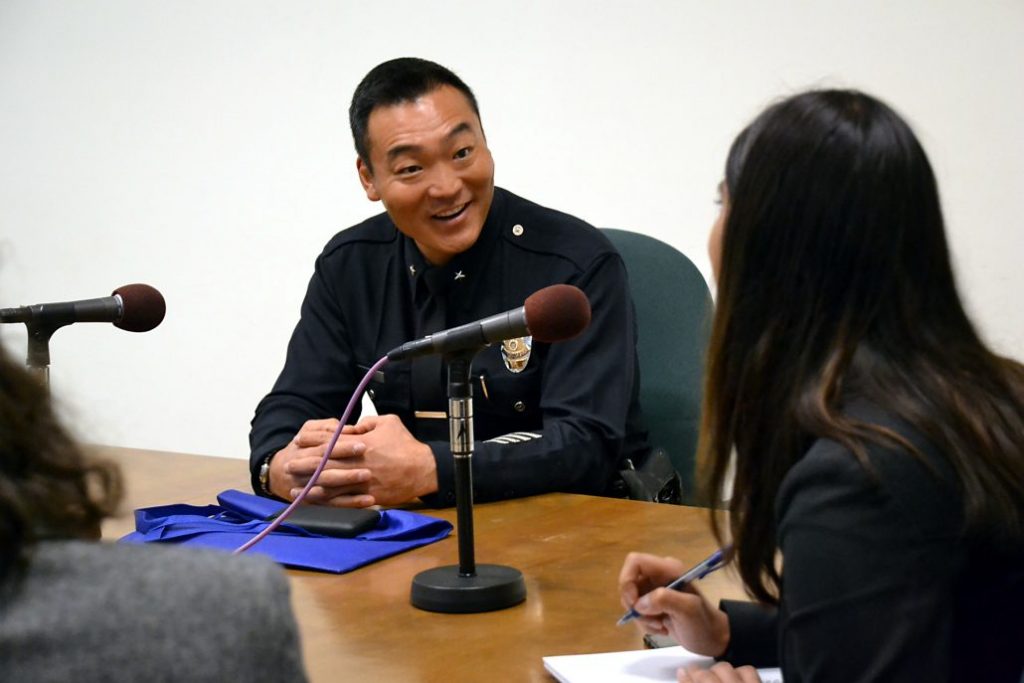 “I’m seeing a lot of people who are being evicted — or are one paycheck away — and I want to see what measures we can take as a community at Luskin to work with City Hall trying to prevent homelessness,” said Mashian, who was born and raised in Los Angeles.

Gabriela Solis, a second-year public policy and social welfare student, said her team heard some great ideas during an interview with Gita O’Neill, who serves in a new city post: director of homeless policies and strategies in the office of the Los Angeles City Attorney. One of those ideas was to bring back a homeless court that was cut during the recession, said Solis, a native of East Los Angeles.

“[O’Neill’s] main focus is on legal services, and I think she has a really interesting standpoint. She is the first that the city has hired as a director of policy, something they don’t do historically,” Solis said. Her team also met with Dominic Choi, homeless coordinator for the Los Angeles Police Department.

“I think that LAPD gets this villain role,” Solis said. “It was interesting talking about his perspective on things because I think it’s important to have them at the table and involved in how we deal with this.”

After a morning of interviews, the students reconvened with Koretz to discuss their findings and policy recommendations.

“We talked about how the pendulum may have swung too far on focusing on permanent supportive housing, and how we also need to focus on transitional short-term solutions to the homelessness problem in addition to the image of homelessness,” said Nanji, who serves on a team in the mayor’s office working on data-driven approaches to combating homelessness. “In [Schwartz’s] opinion, there’s still a lot of work to be done to just get a better idea of who actually is homeless. They’re not a monolith. How do we get a better sense of the diversity in the homeless population?”

Christopher Ayala, a second-year social welfare student, grew up in South Los Angeles and has had experience working with young people experiencing homelessness.

“Sometimes they are overlooked in the policy we are creating,” Ayala said. “So we are really trying to focus on them and see how we can adjust to their unique needs and in comparison to the chronically homeless.”

“Ending homelessness is a little ambitious, but combating homelessness is the right middle ground,” said Sam Blake, who is pursuing a master’s in public policy and an M.B.A. through a joint program. “On one hand, it can seem trivial, but at the end of the day, words are how we communicate and how we get people on board. So it’s important to pay attention to that.”

As part of Luskin Day at Los Angeles City Hall, the students will submit to Koretz a written policy memorandum summarizing their findings and policy recommendations.

“UCLA is a huge asset to the community and all of you, its students,” Koretz said as he presented certificates to the students at the conclusion of the day. “So we hope this will help you move toward becoming civic leaders of the future.”

Hur noted that the students’ task is far from over.

“Coming up with solutions is a difficult task, but I think this is a good forum for them to understand the context — the political context, the community aspect and to be able to actually, really, begin to formulate and connect with all these people here,” he said. “The real work begins after today.”

UCLA Luskin Day at Los Angeles City Hall is now in its 14th year and serves to promote and encourage careers in politics and public service, as well as engage UCLA with local government, Powe said. The program is co-sponsored by UCLA’s Office of Government and Community Relations.