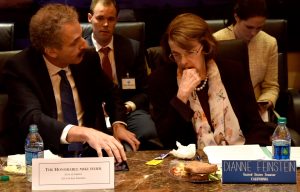 Feinstein sought the expertise of a number of people, including UCLA physicians, victims of gun violence and advocacy groups.

“That’s the job in front of us, to do something about it,” she announced to the group of about 15 as the meeting convened. “We thought it would be good to pull people together and have this roundtable.”

“We believe (gun violence) is a public health issue that needs a bipartisan solution,” said Johnese Spisso, president of UCLA Health and CEO of the UCLA Hospital System. “We’re glad Sen. Feinstein is here today and that UCLA is part of this discussion.”

The group examined gun violence prevention from a number of angles including school shootings, domestic violence, PTSD issues for survivors, violence as a public health issue, and the impact various weapons have on human tissue.

“All of us who have been focused on this issue for a long time have been talking about this as a public health and not just public safety issue,” Feuer said of tackling the issue from a number of perspectives. “The energy and focus we could bring to this sparks something in all of us.” 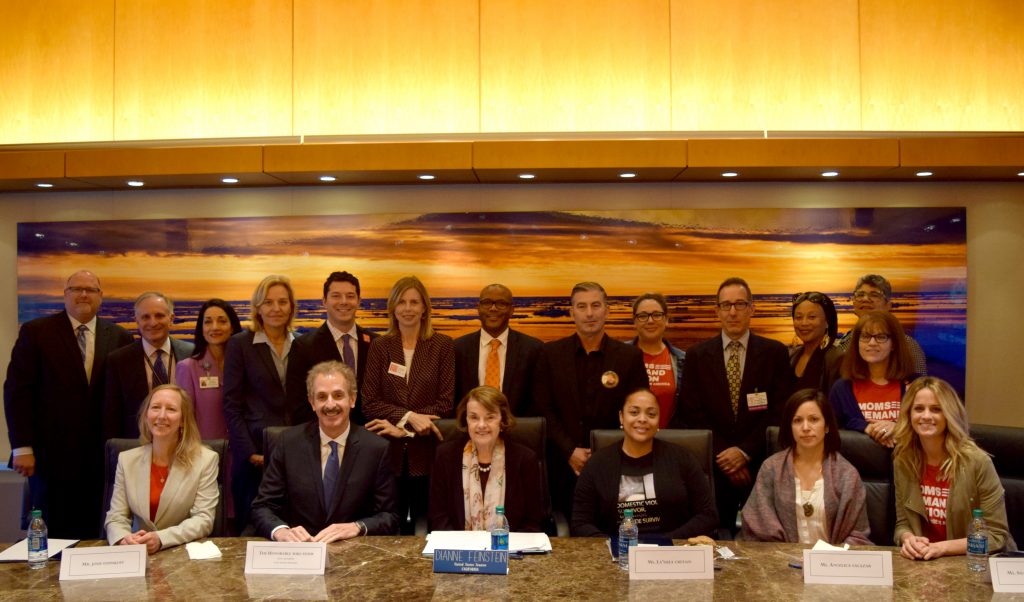 • Dr. David Eisenman, Professor and Director of the Center for Public Health and Disasters, UCLA Fielding School of Public Health, and Professor, David Geffen School of Medicine at UCLA

• Dr. Kelsey Martin, Dean of the David Geffen School of Medicine at UCLA.

• Josh Stepakoff, board member of Women Against Gun violence and gun violence survivor