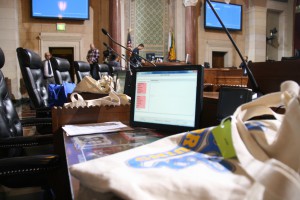 UCLA visited Los Angeles City Hall to give an update on Volunteer Day and receive a special proclamation.

UCLA representatives were given a special proclamation from the Los Angeles City Council on Nov. 24 for the work done during the 2015 UCLA Volunteer Day.

City Council members lauded the event after hearing the final results. There were 5,495 total volunteers working at 48 community partner sites, which included city schools and parks. Overall, there were 26,980 hours served by the volunteers and the total value of service for the volunteer day is estimated at approximately $724,952.60.

UCLA Volunteer Day took place on Saturday, Sept. 26, with at least one site in every City Council district. 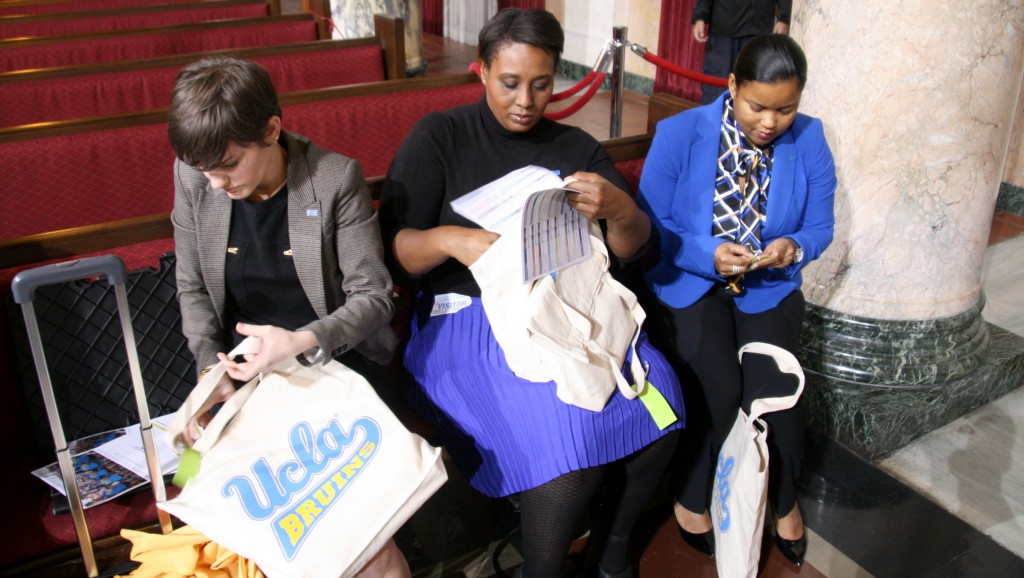 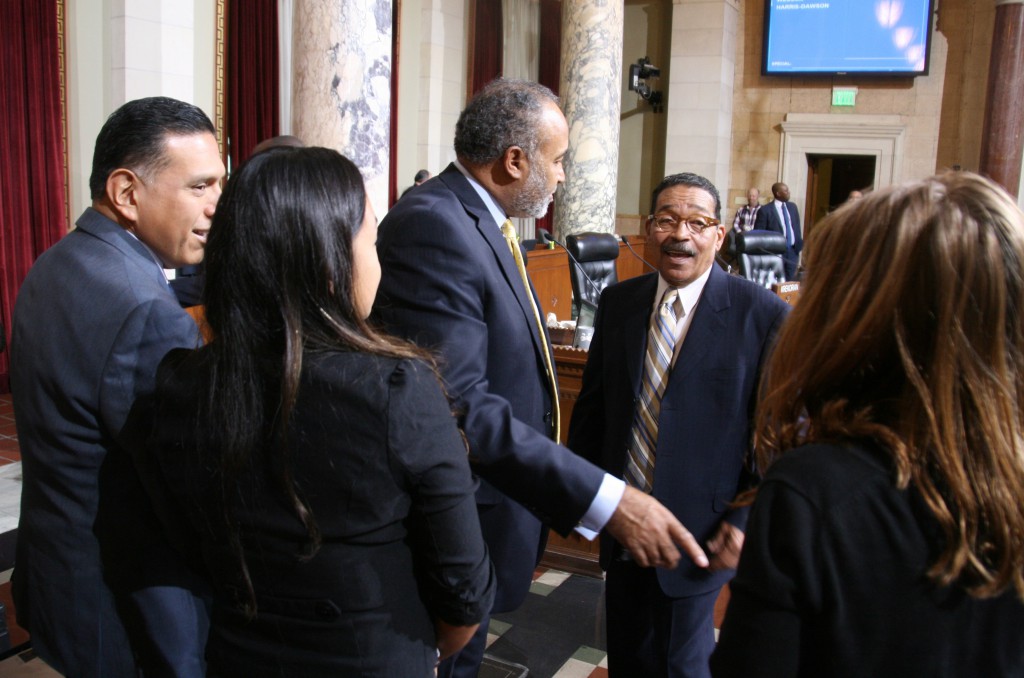 City Council President Herb Wesson greets the UCLA coalition before the beginning of the meeting. “It’s a pleasure to work with you,” he said as the presentation began. 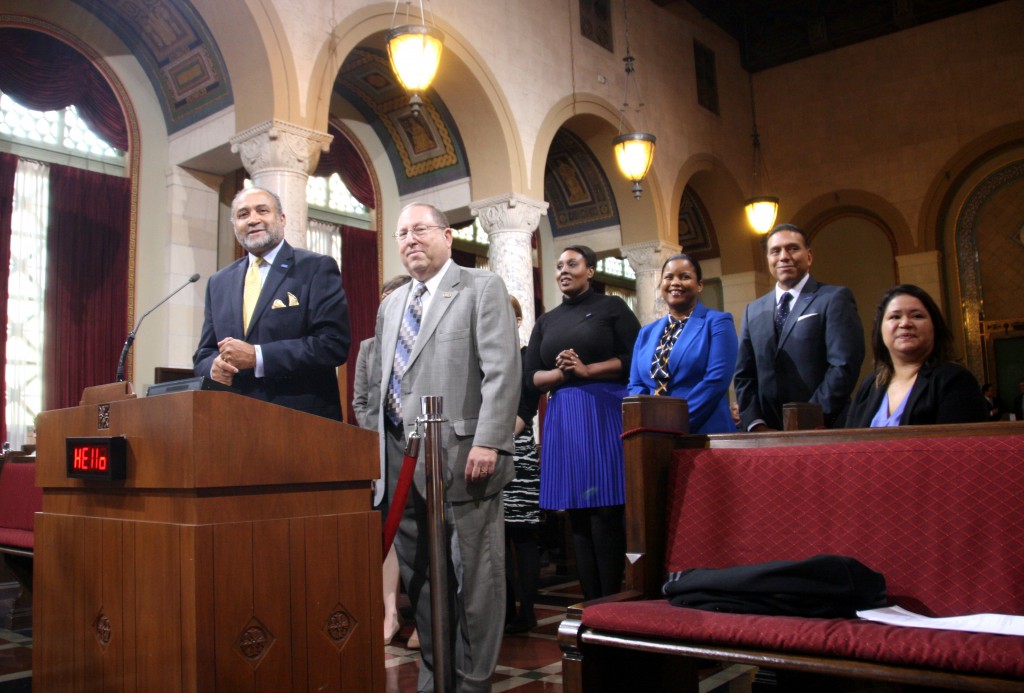 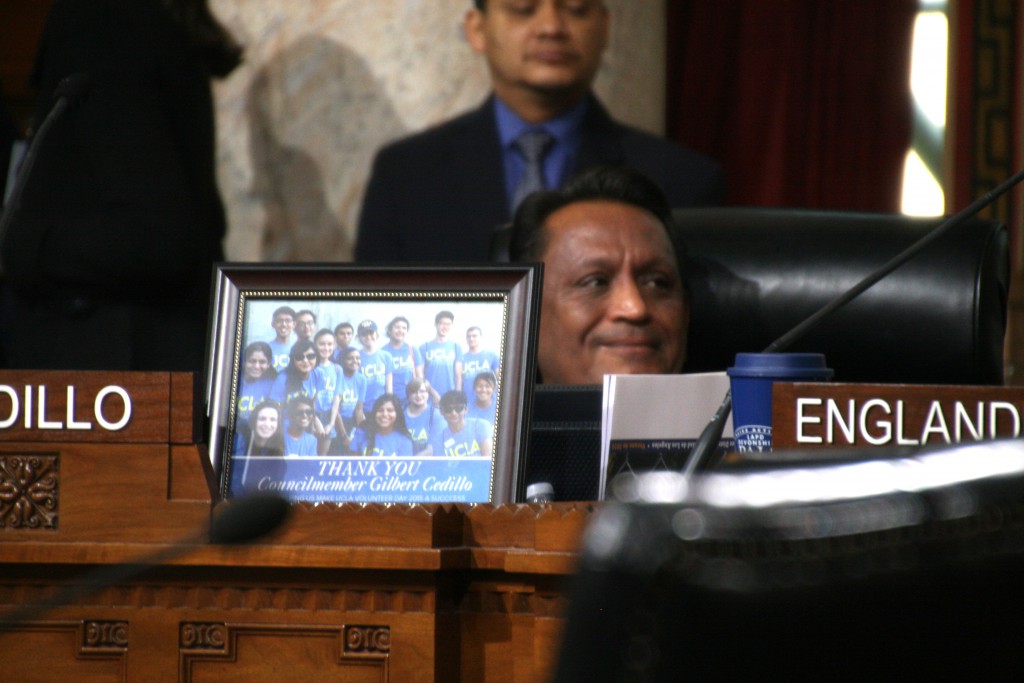 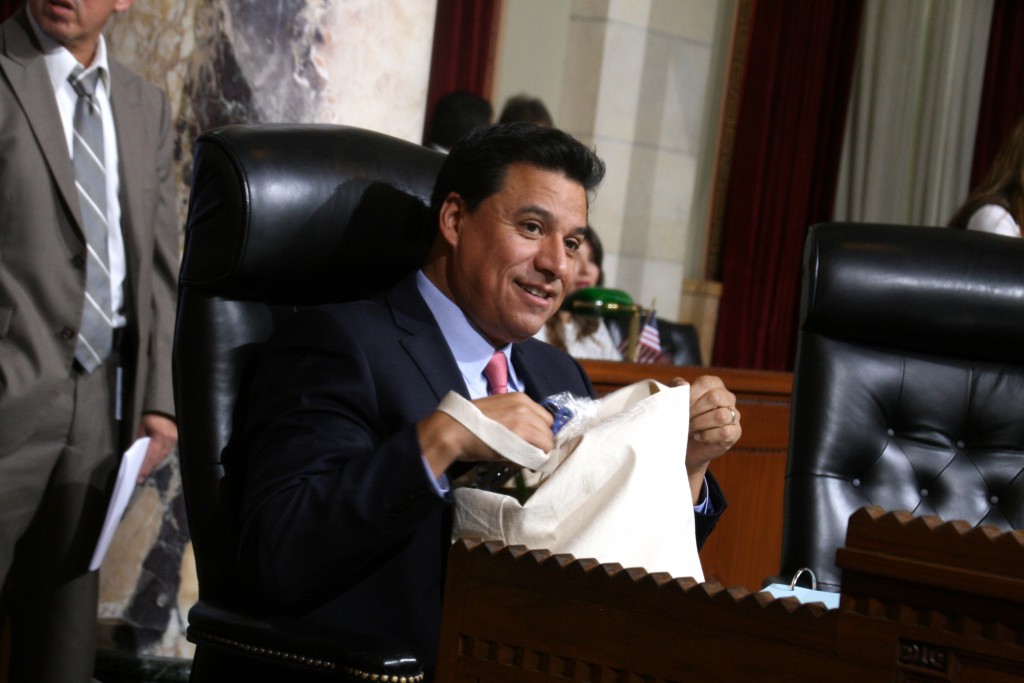 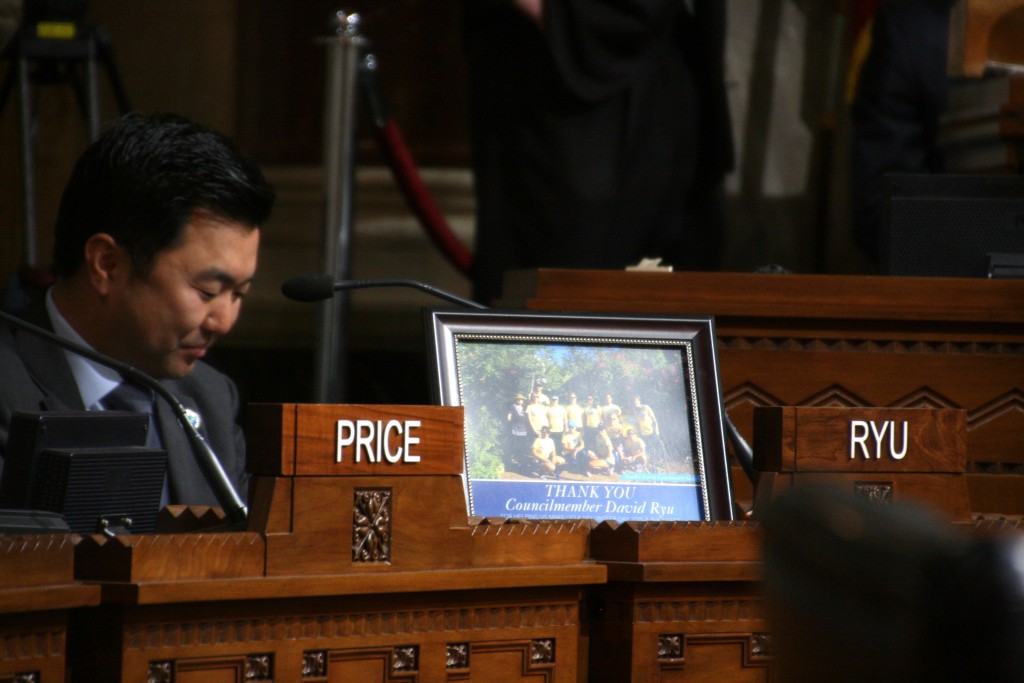 4th District Councilman David Ryu prepares to make some statements on his experience with UCLA Volunteer Day, illustrated proudly by his Thank You photo. “I’m so thankful to have had the privilege to attend,” he said. 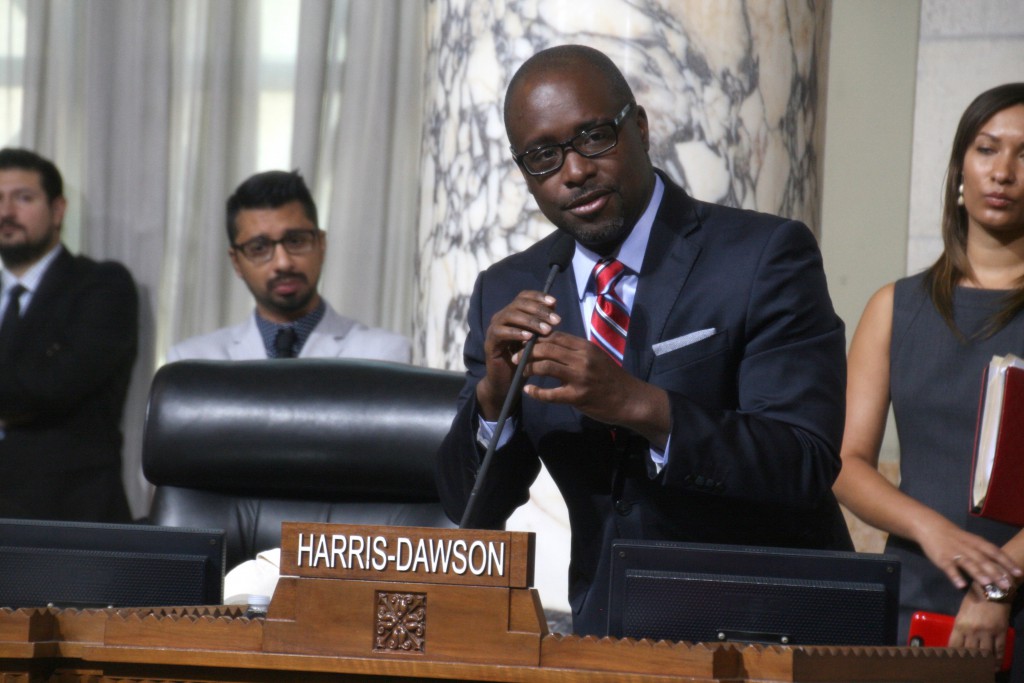 “Thank you for making sure that the university has a presence in South Los Angeles,” 8th District Councilman Marqueece Harris-Dawson added. 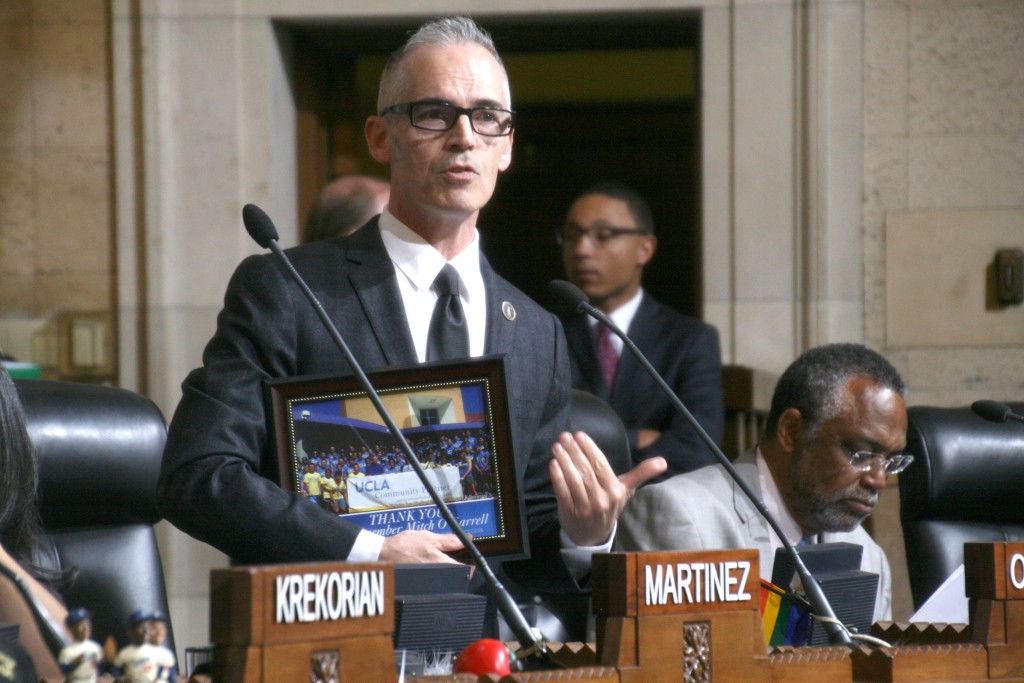 13th District Councilman Mitch O’Farrell said he is neutral in the rivalry between UCLA and USC. “But I am not neutral on my experience with UCLA Volunteer Day,” he said. “It’s one of the best community-building endeavors that any institution partakes in.” 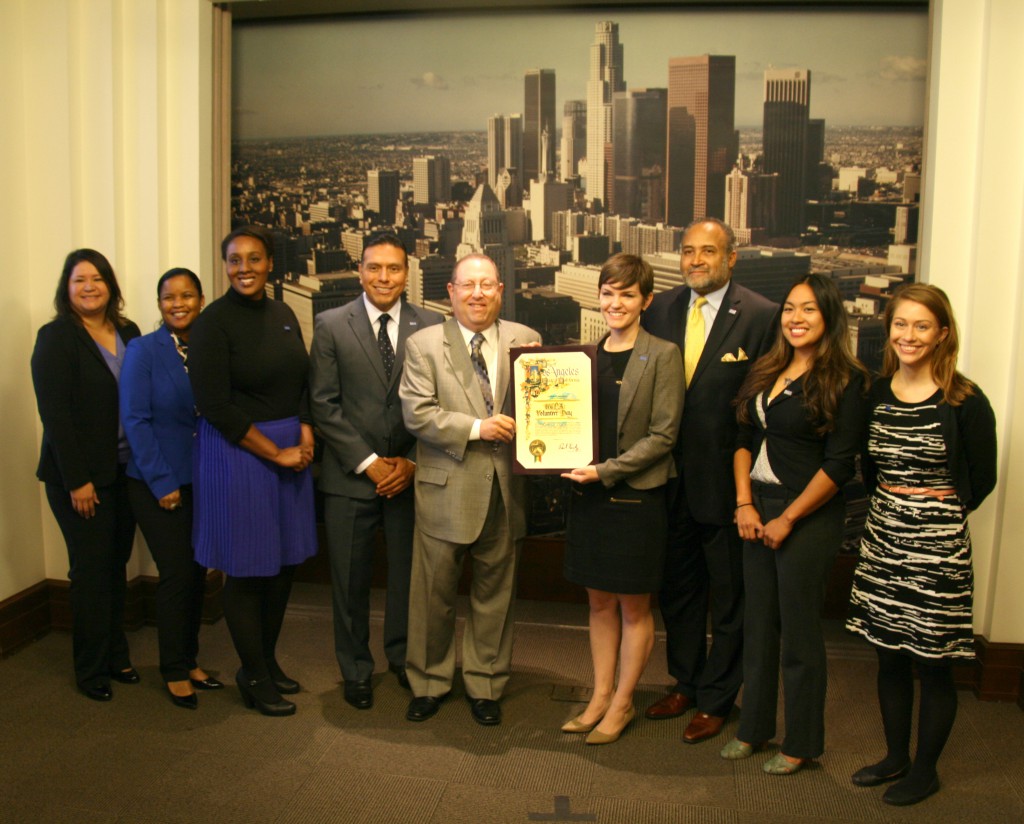 The UCLA team enjoyed a moment with 5th District Councilman Paul Koretz and the special city proclamation they received for the efforts of UCLA Volunteer Day.