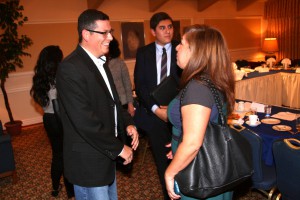 Assemblymember Rudy Salas greets the crowd during a luncheon at UCLA.

Assemblymember Rudy Salas ’00, of the 32nd California Assembly District visited UCLA on Nov. 13 to discuss several major topics of interest including access to education and drought remedies, while also reconnecting with his alma mater.

Salas met with Associate Vice Chancellor for Environment and Sustainability Mark Gold to discuss the status of the UCLA Grand Challenge Sustainable L.A., and also the types of water storage research taking place on campus. The Assemblymember represents the Central Valley (Bakersfield, Arvin, Delano, McFarland, etc.) and serves on the Agriculture Committee. 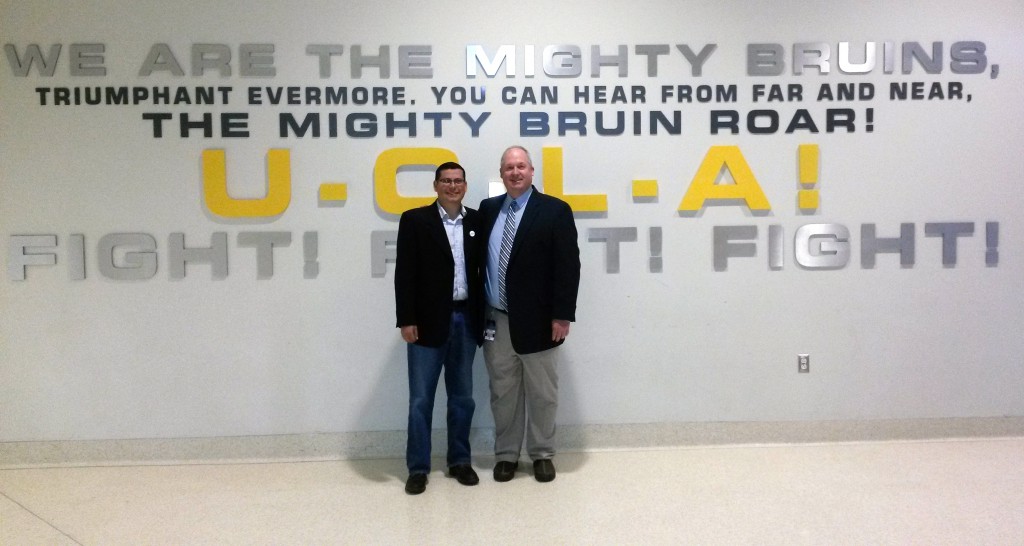 He also visited with Vice Chancellor Steve Olsen to discuss the state of UCLA’s budget and enrollment for next year, and UCLA Associate Athletic Director for Basketball Christopher Carlson gave the Assemblymember a tour of Pauley Pavilion.

During a special lunch, Salas talked to a number of students, alumni and faculty members on a variety of topics including his own personal story.

Salas grew up in the Central Valley and worked in both the oil and grape fields there, which fuels the economy of his district. He was the only member of his high school’s graduating class to attend UCLA. While going to school, Salas said he always had at least two jobs, generally one at a Santa Monica law office and another on campus. He graduated with degrees in History and Political Science.

Eventually, Salas netted an internship at the White House, and he was then hired to work for the Vice President’s Office while Al Gore held the title.

“I got to go to the West Wing and see it live,” he said. “UCLA helped connect me.”

Afterwards, Salas returned home and worked as a counselor with the Upward Bound Program at California State University, Bakersfield. He gained the attention of local politicians, and came back to government work, working in several offices for state officials.

As his experiences stacked up, Salas decided he was finally ready to run for office.

“You know what?” he said. “I’m going to try it. It was really about going out and talking to people.”

Salas became the first Latino to serve on the Bakersfield City Council. He was elected to the California Assembly in 2012. Throughout his life, the importance of civic engagement cannot be understated, Salas said, as well as voting.

“If you don’t express your opinion at the ballot box, someone else will for you,” he added.

The Assemblymember touted the power of education as far as transforming the fortunes of the less fortunate, noting he is the first generation to go to college in his family. Salas stressed the need for outreach and programs targeting diversity and noted that more intervention was needed to help students succeed in K-12 and be prepared for college.

“We can redeem a lot of people,” he added. 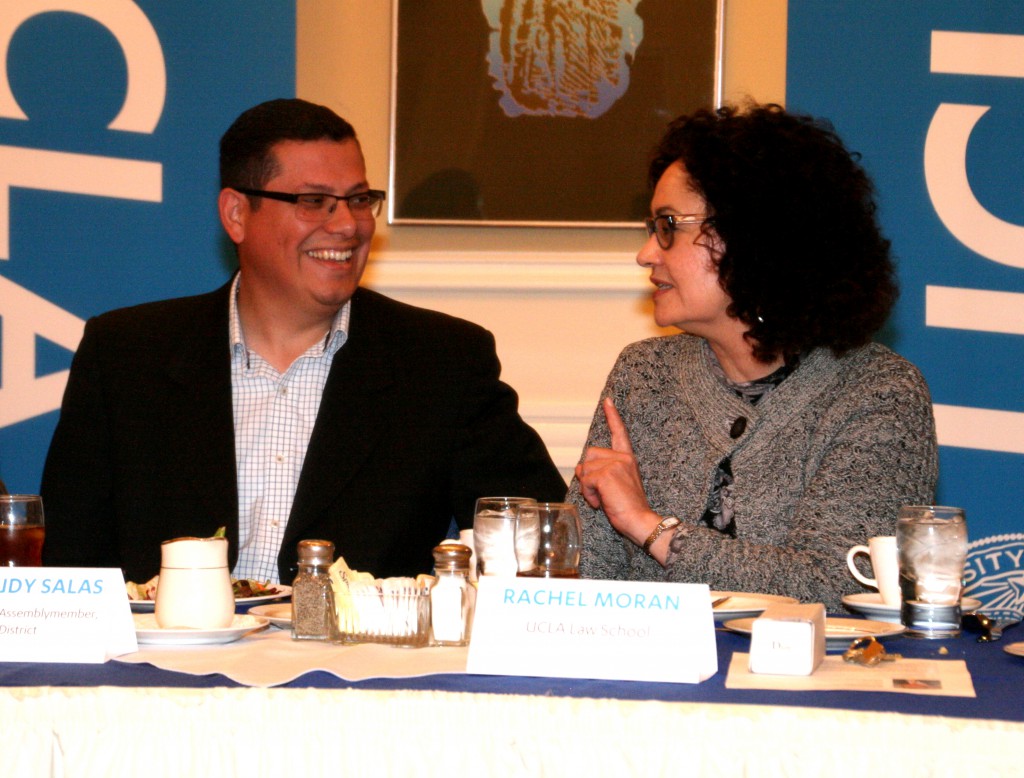 Salas is greeted by UCLA School of Law Dean Rachel Moran at lunch. 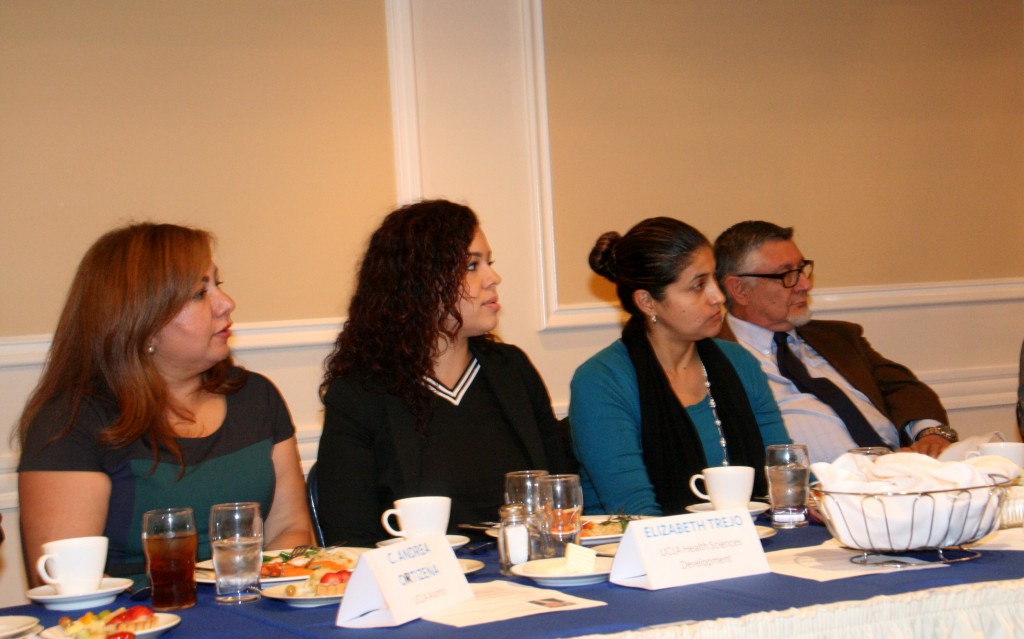 Attendees listen to Salas as he tells them about his younger years growing up in the Central Valley. 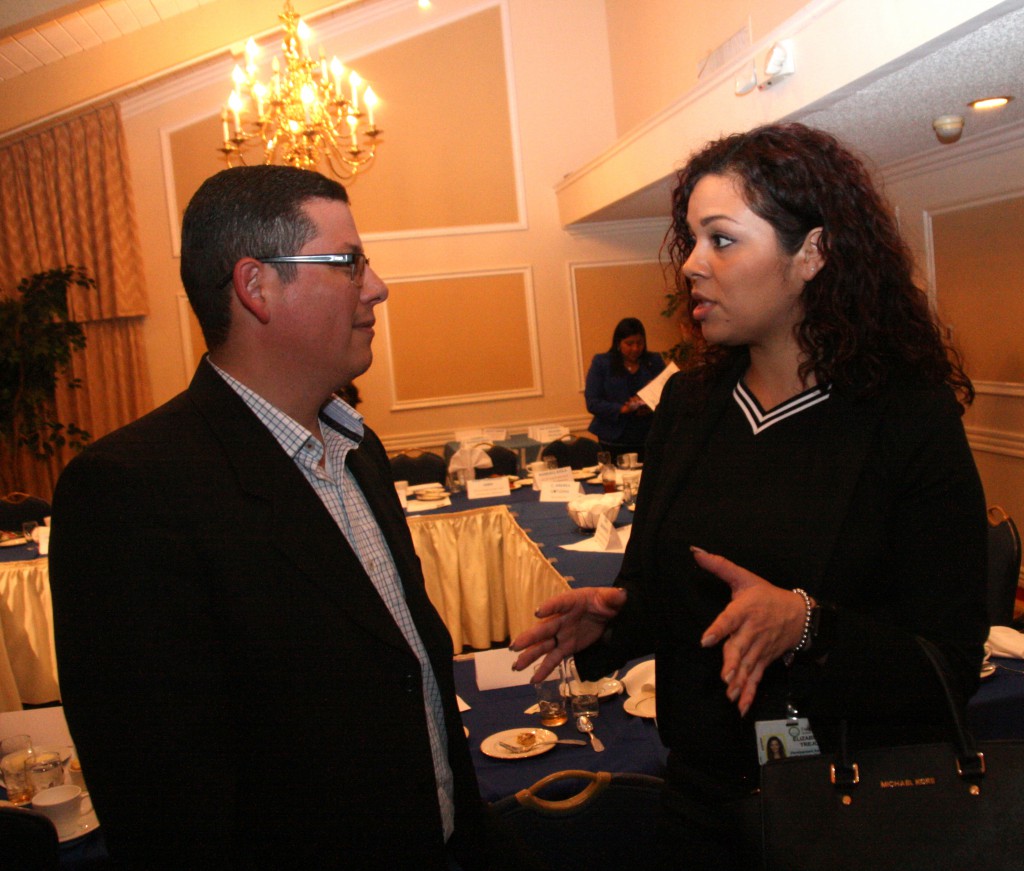 Salas engaged advocates one-on-one toward the end of the lunch. 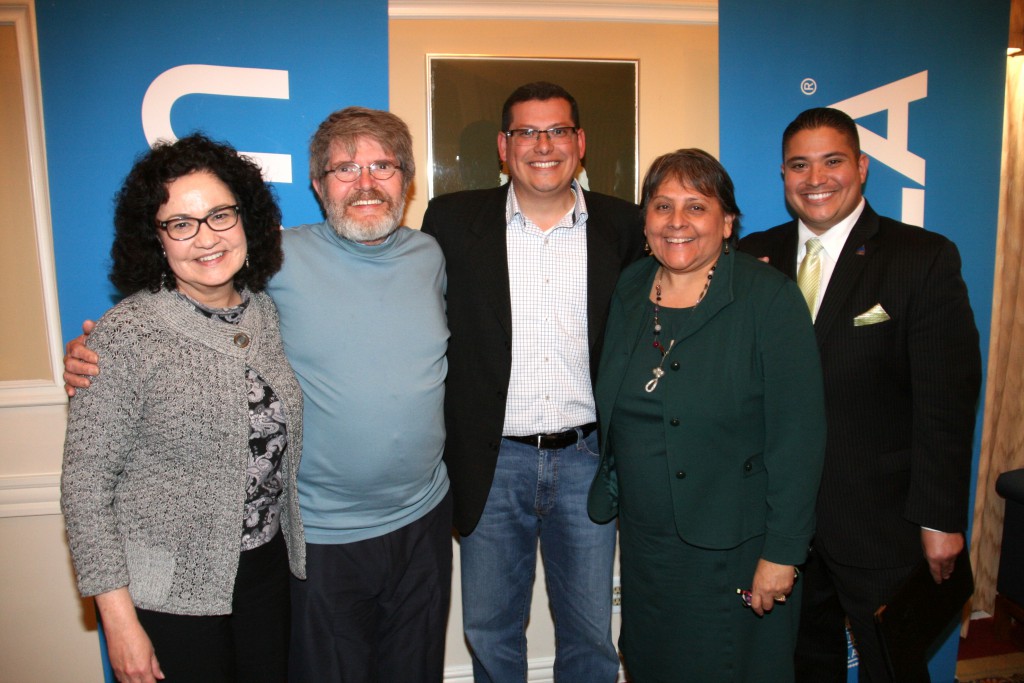