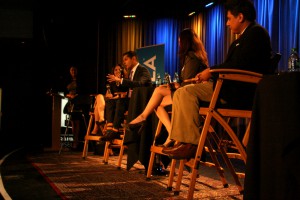 Panelists speak to a crowd of young alumni during a special event at the Grammy Museum.

It takes persistence, good relationships and a strong set of priorities to make it in politics, UCLA alumni panelists said in an event to cultivate young alumni advocates. Entitled, “More Than a House of Cards”, the Nov. 12 reception and panel at the Grammy Museum drew more than 100 people to discuss civic engagement.

“I worked in pretty much every field,” said Merino, who eventually settled into politics and now strategizes on how to diversify the Republican Party candidate slate.

Tanden said she became involved early during her years at UCLA, through student government and the Bruin Democrats, and those experiences helped her transition to working as a volunteer in campaigns. “My official title was minion,” she said with a laugh. “But it opened the doors for my later jobs.”

Both Gomez and Santiago said they felt a certain responsibility to society. Santiago grew up in Section 8 housing. “I grew up poor,” he said. “I didn’t have all the access points. At the end of the day, it’s about giving equal opportunity.”

Both talked about California Propositions 187 and 209, which they said have negatively impacted the Latino community, and how the laws sparked their activism and early civic engagement.

Gomez said she has seen how important it is to find mentors, and also connect with peers, because “collectively we all want to succeed and live the American dream.”

“People get cynical about politics,” Tanden said. “But I think most political leaders I’ve dealt with are looking to make positive change.” She added that it is very rewarding to have input on a passed law that could make a tangible and direct difference, such as the Affordable Care Act.

Merino echoed the positive sentiment, noting that he does “spin” on policies, but that doesn’t have to be negative. “Shed light on a positive issue,” he said.

“We’re not Frank Underwood,” Gomez said with a chuckle, referring to the politician who ruthlessly maneuvers in the Netflix drama “House of Cards” for which the event was cheekily named after.

“If you backstab and are not honest, you will not survive,” Santiago added, noting that building relationships is the most important aspect of politics. “You have to be an honest broker and be upfront. Politics is a not a business where you are going to get everything you want.”

And as far as starting out and getting ahead, Merino noted that people have to become extroverted, at least a little bit. “Politics is a people business,” he said. “You do the job and be proud of the accomplishments.”

To become a UCLA advocate, visit our sign up page. 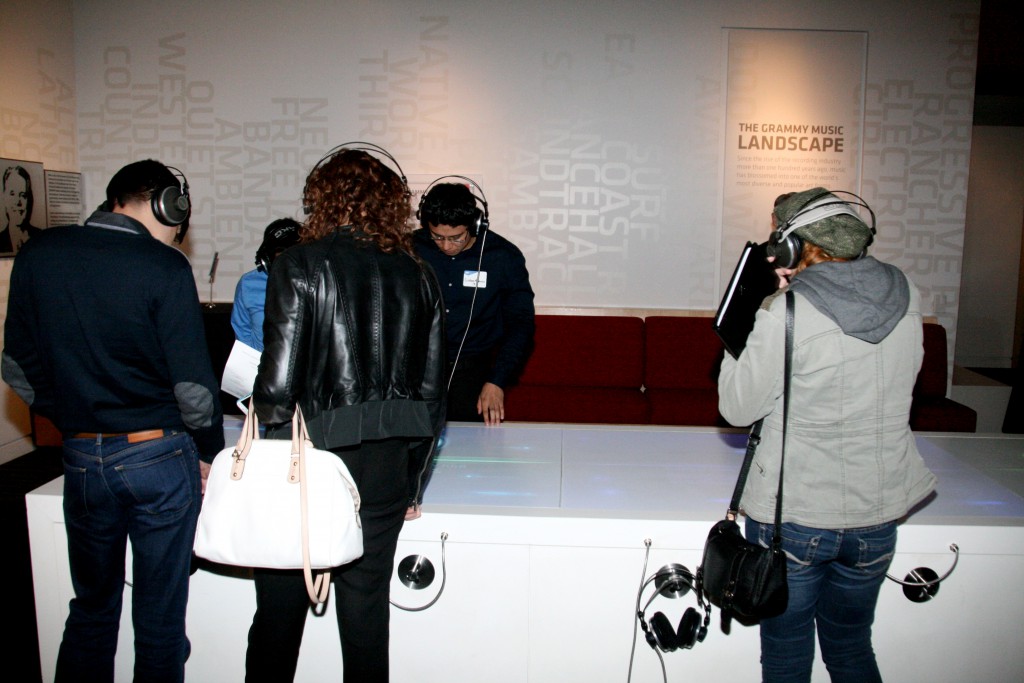 Attendees listen to a special Grammy Museum exhibit during the reception. 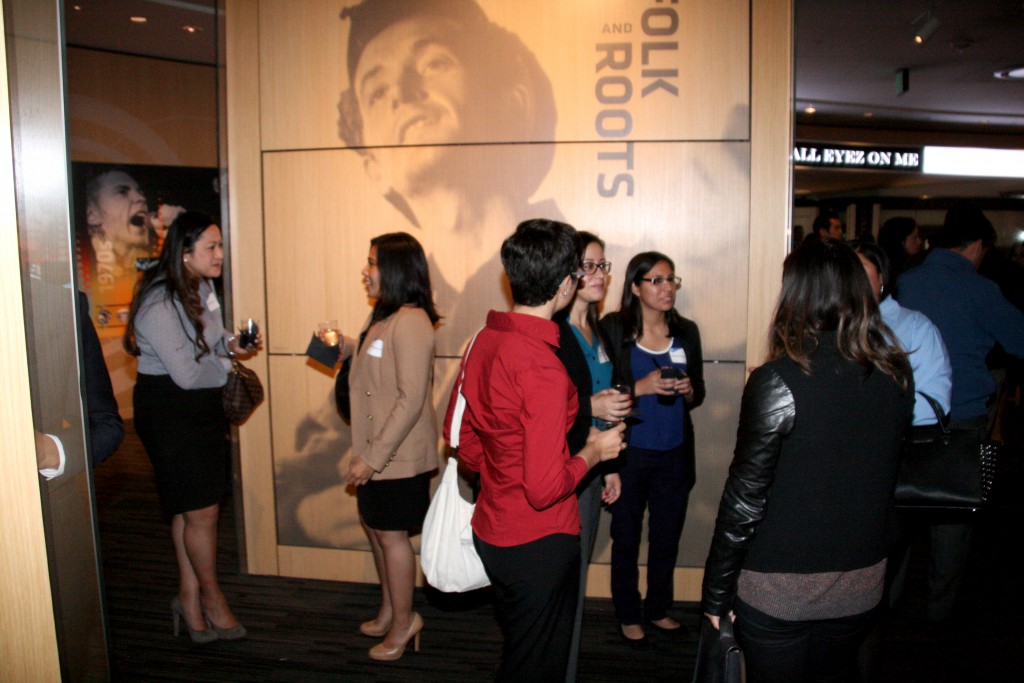 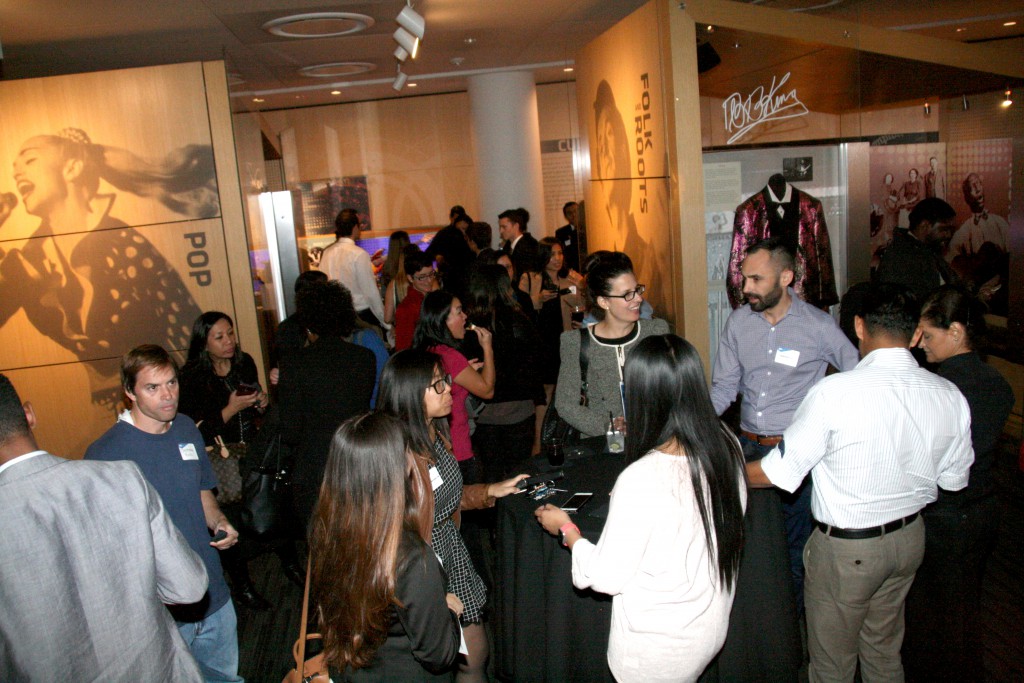 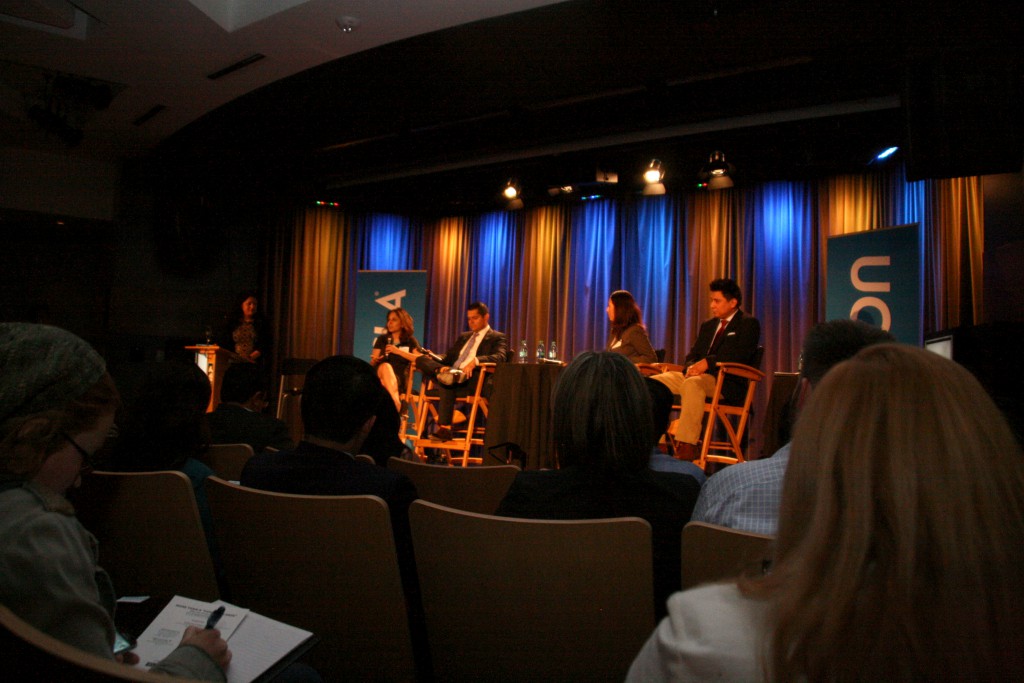 UCLA young alumni filled the auditorium at the Grammy Museum to take note of the political experiences of a four-expert panel. 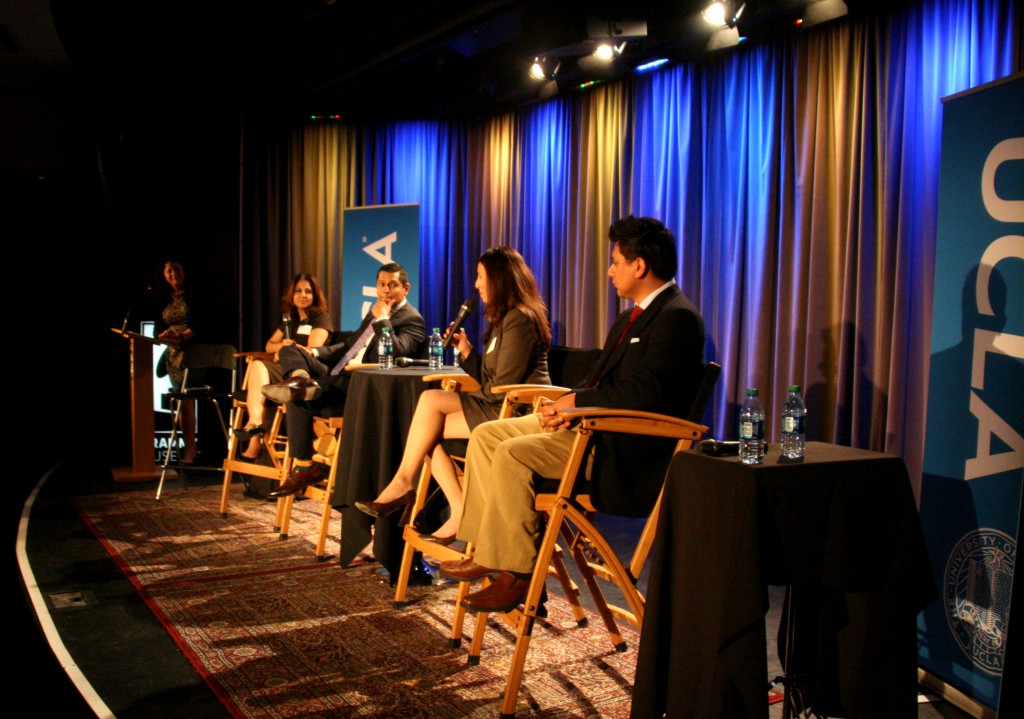 Panelists covered numerous topics including why and how they became politically active.