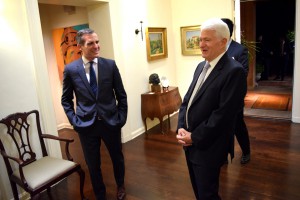 UCLA Chancellor Gene Block welcomed Los Angeles Mayor Eric Garcetti and approximately 30 prominent UCLA staff, faculty and alumni to the Chancellor’s Residence on March 1 for an open discussion on the state of Los Angeles and the most important projects taking place across the campus and the city.

As Garcetti made his way through talking with all of the guests, he had two requests. First, he wanted an introduction, but second: “Everyone tells me problems, so instead, I would like to hear one solution from each of you.”

The guests were happy to oblige, tackling important Los Angeles topics ranging from mass transportation to homelessness and diversity. The night in pictures follows. 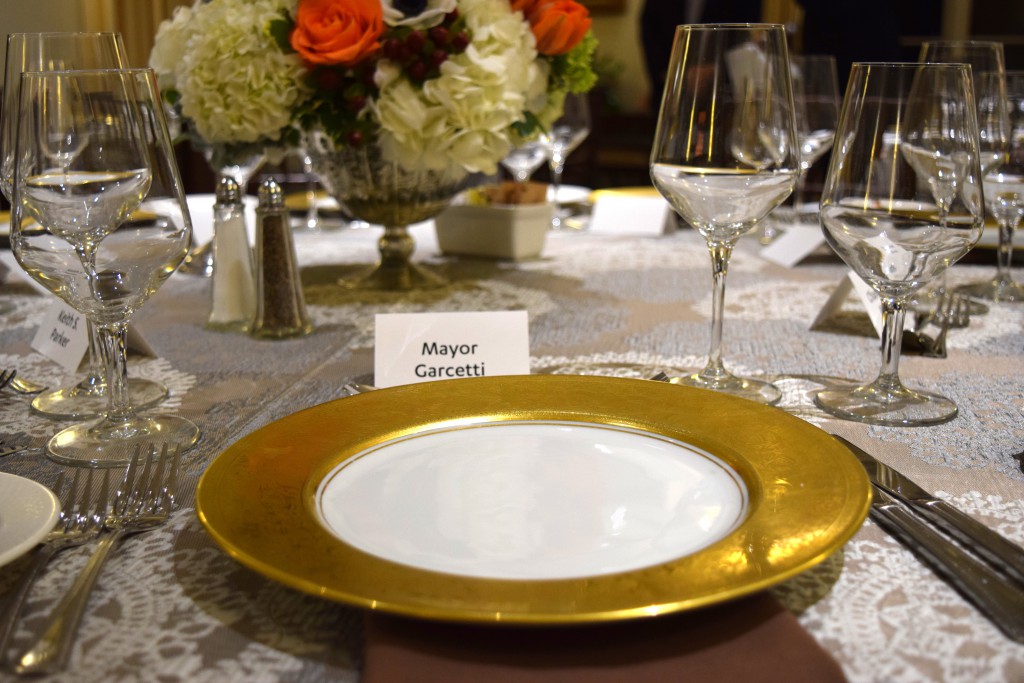 Caterers prepped four round tables for the guests, leaving one seat open at each so the Mayor could speak with everyone, rotating between each table. 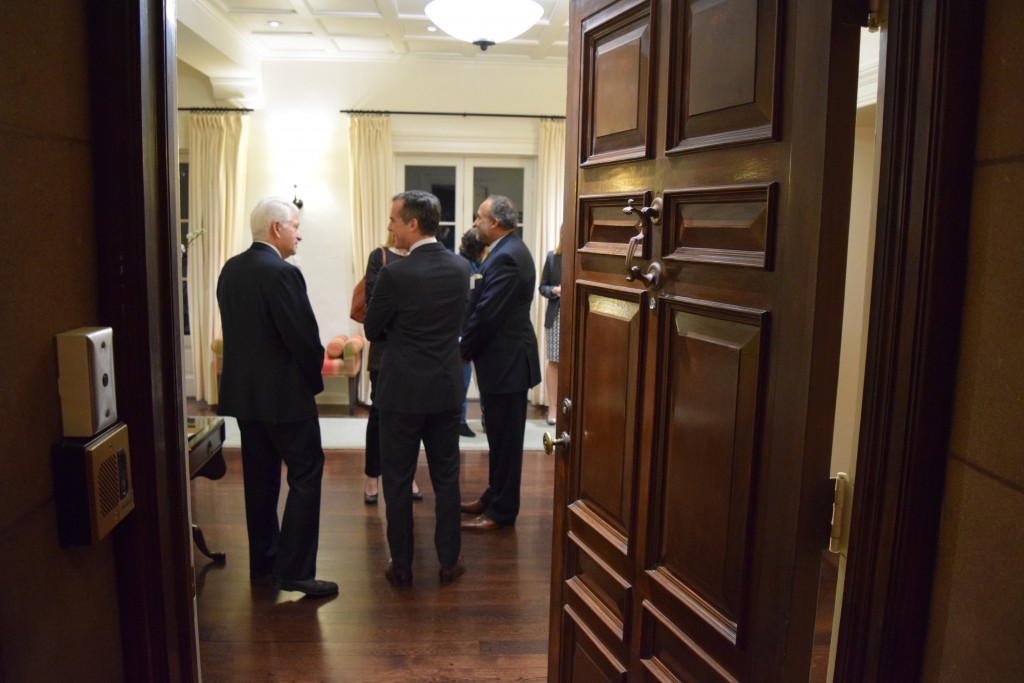 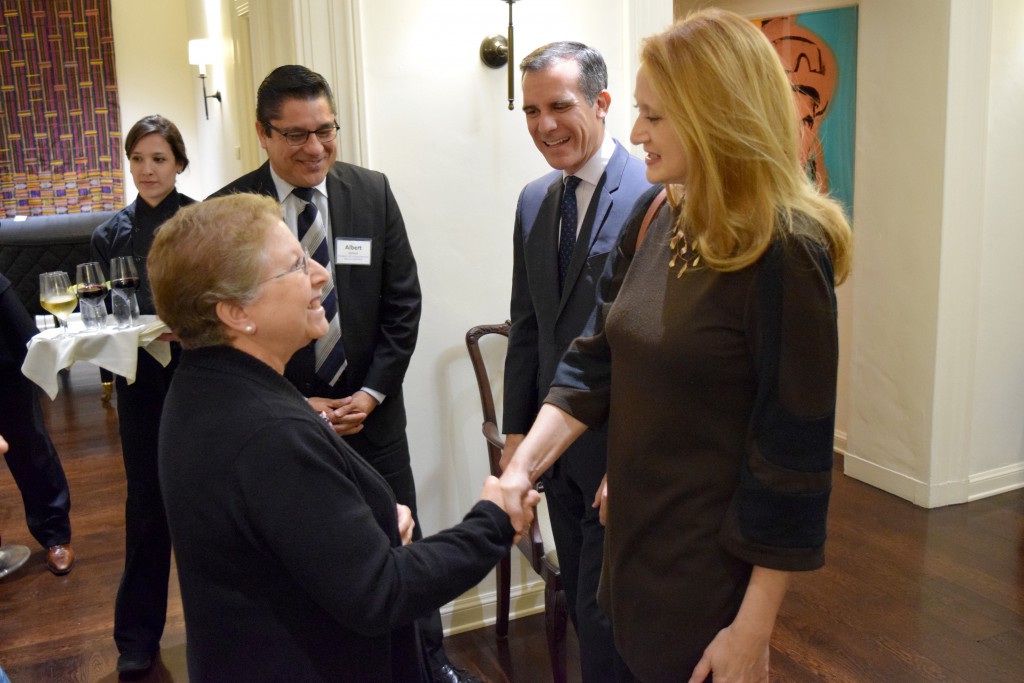 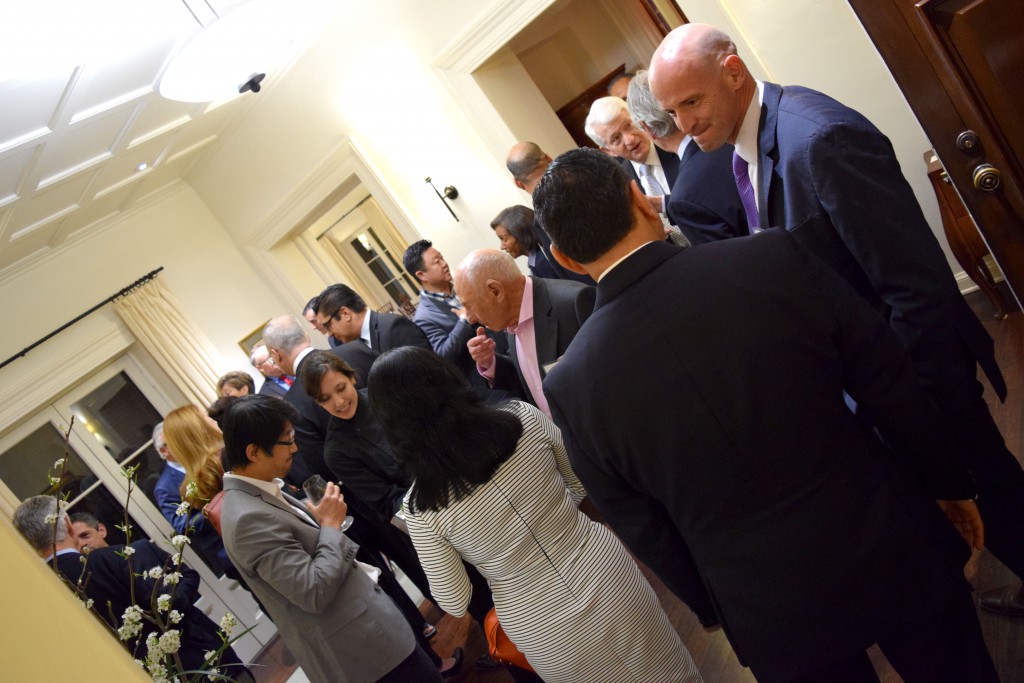 About 30 guests visited the Chancellor’s Residence. 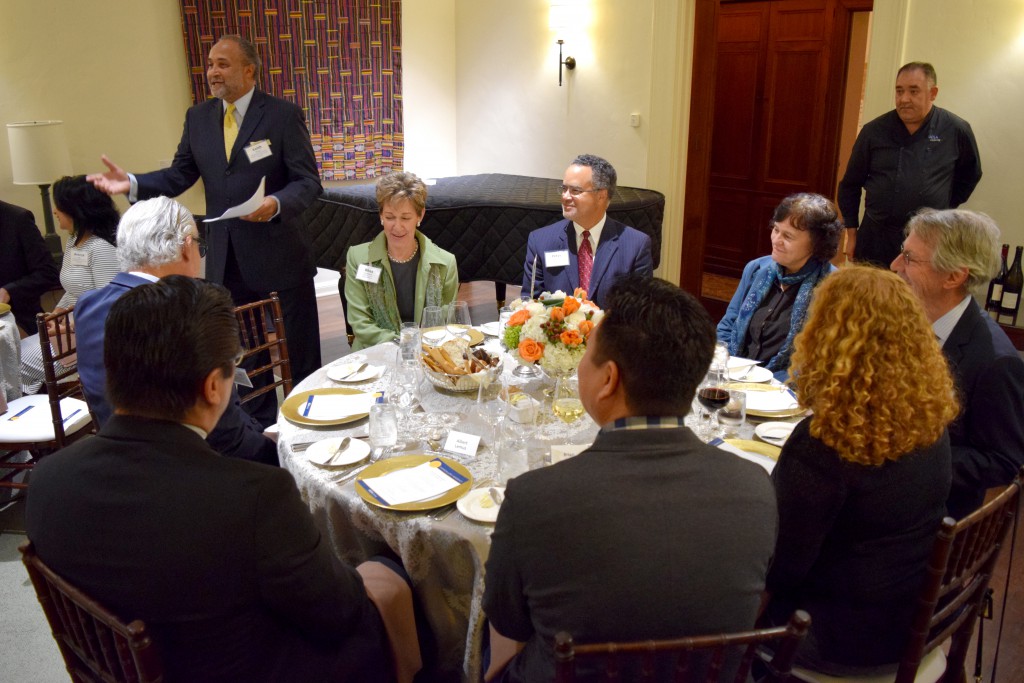 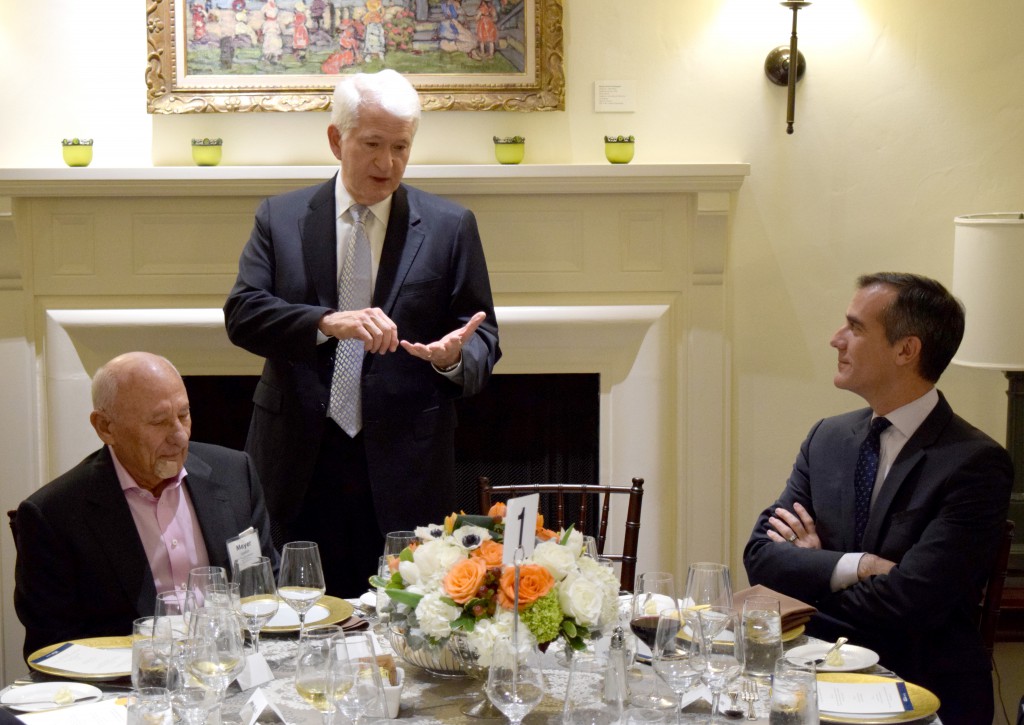 Chancellor Block reiterated UCLA’s commitment to the City of Los Angeles, pledging the university’s resources to the Mayor’s office when called upon. 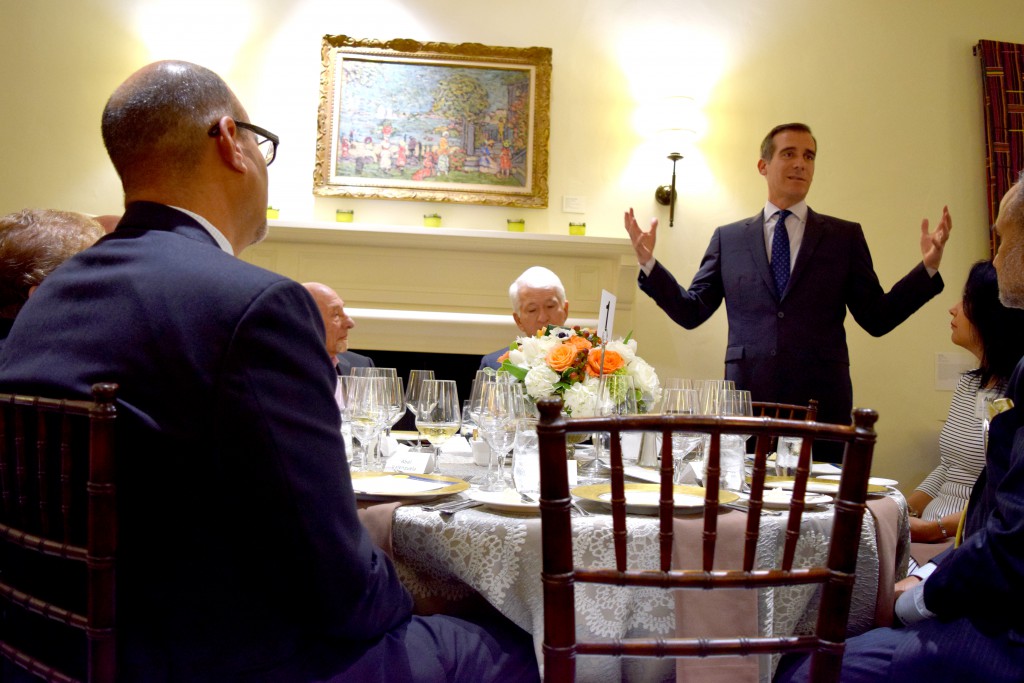 Mayor Garcetti said he looked forward to having a fairly open-ended conversation on a number of topics concerning the city. 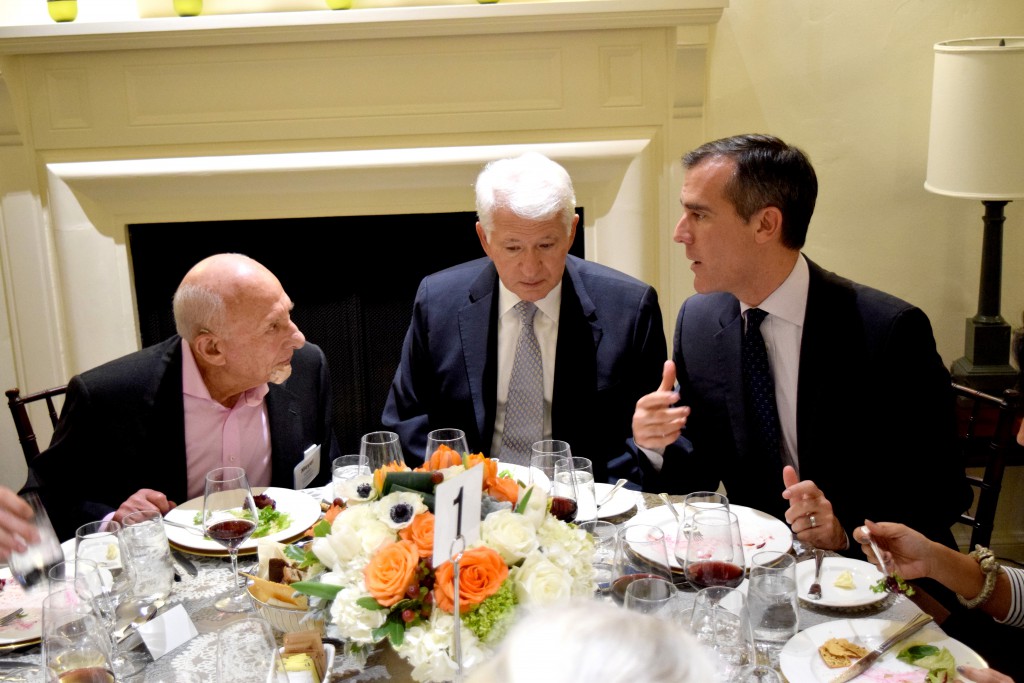 Scope Industries Chairman and CEO Meyer Luskin chats with the Mayor and Chancellor. 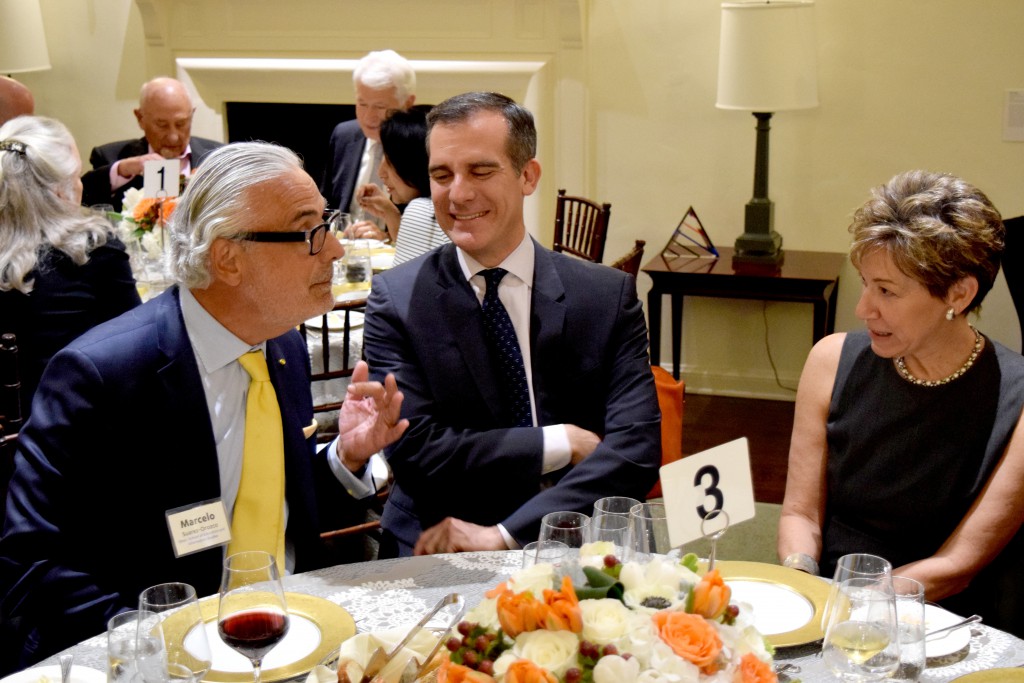 School of Education and Information Sciences Dean Marcelo Suarez-Orozco shares some of his background. 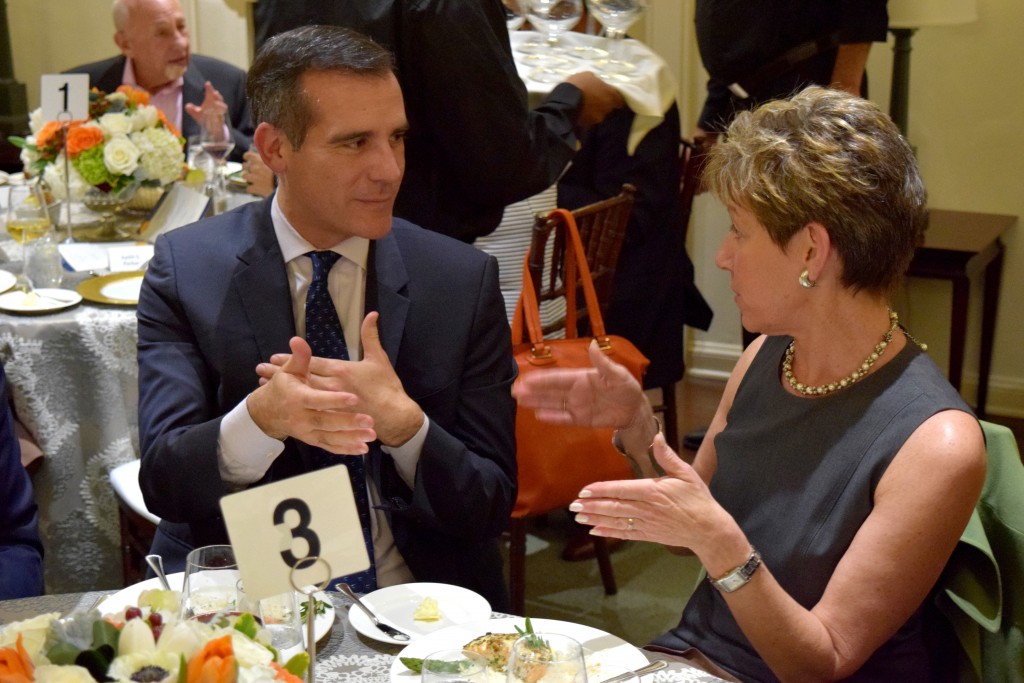 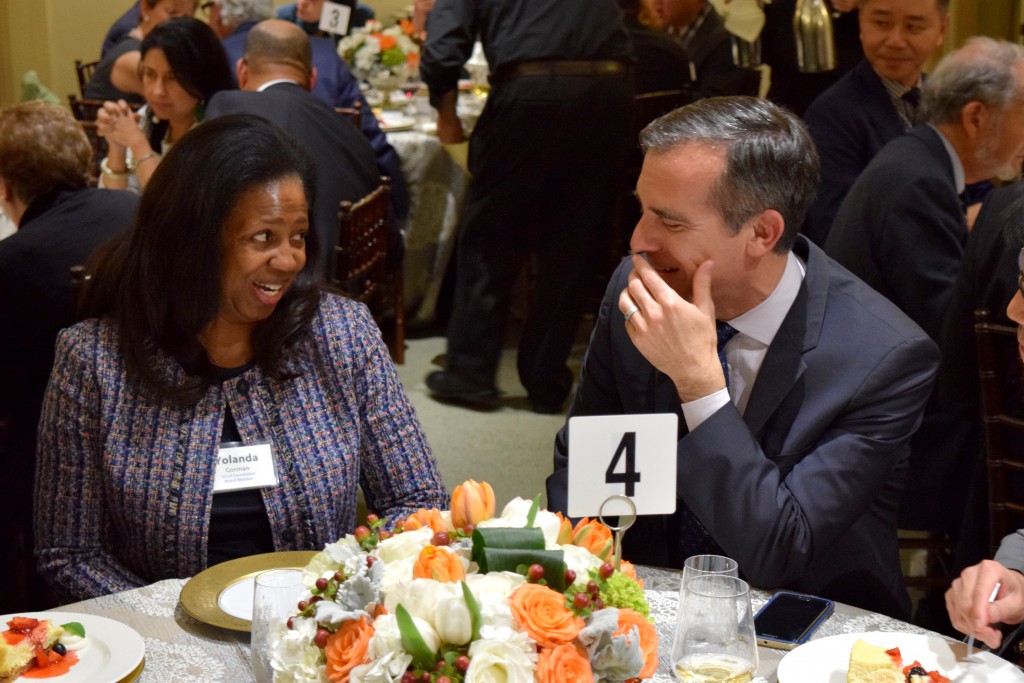 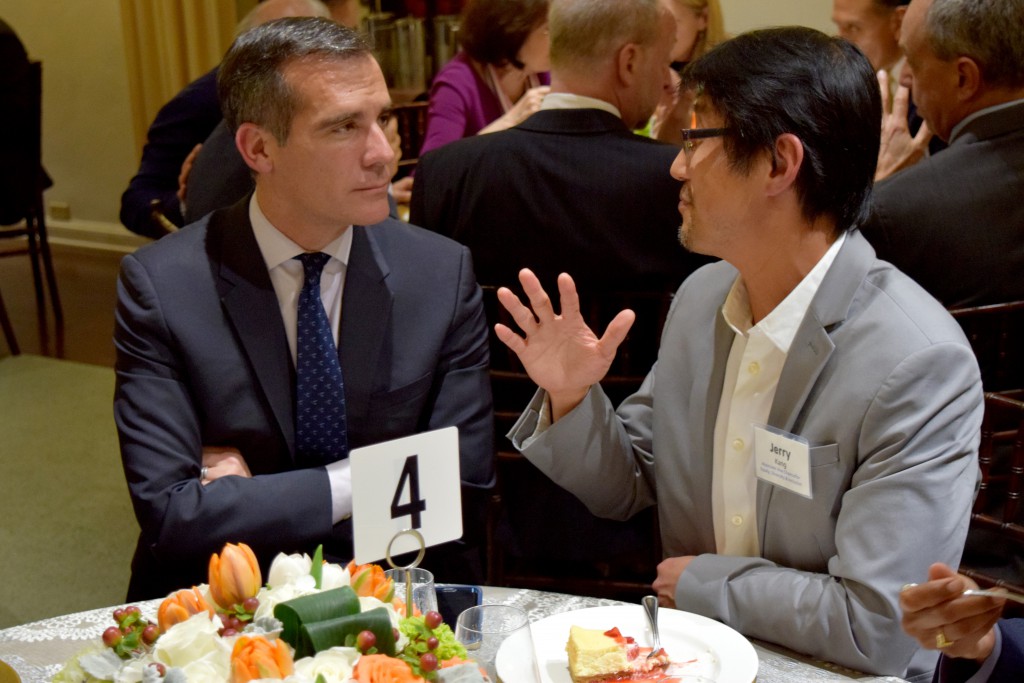 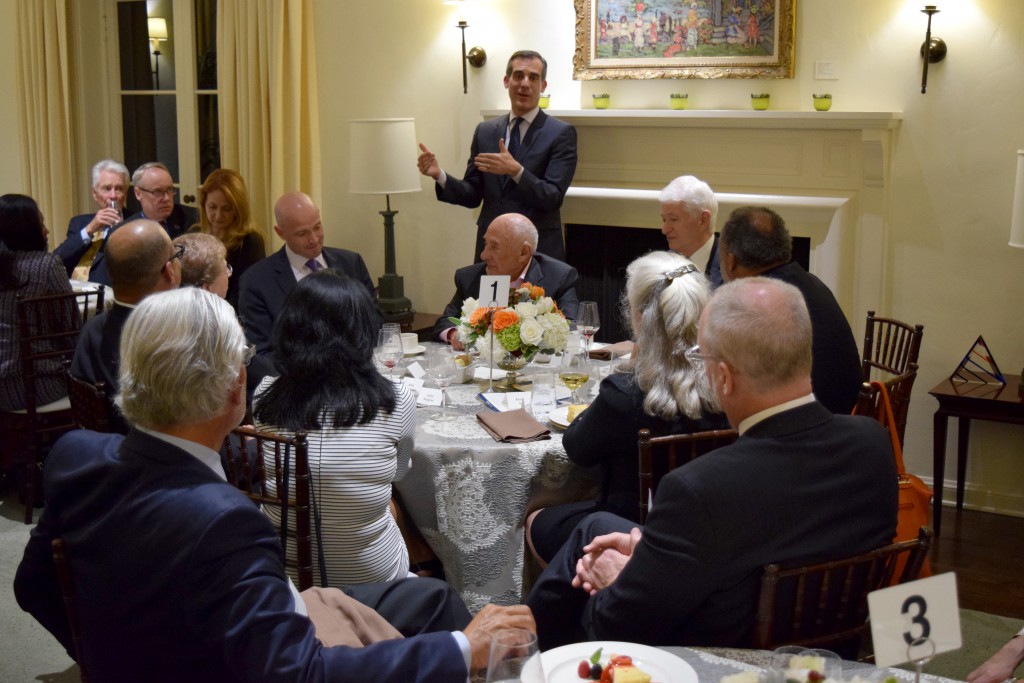 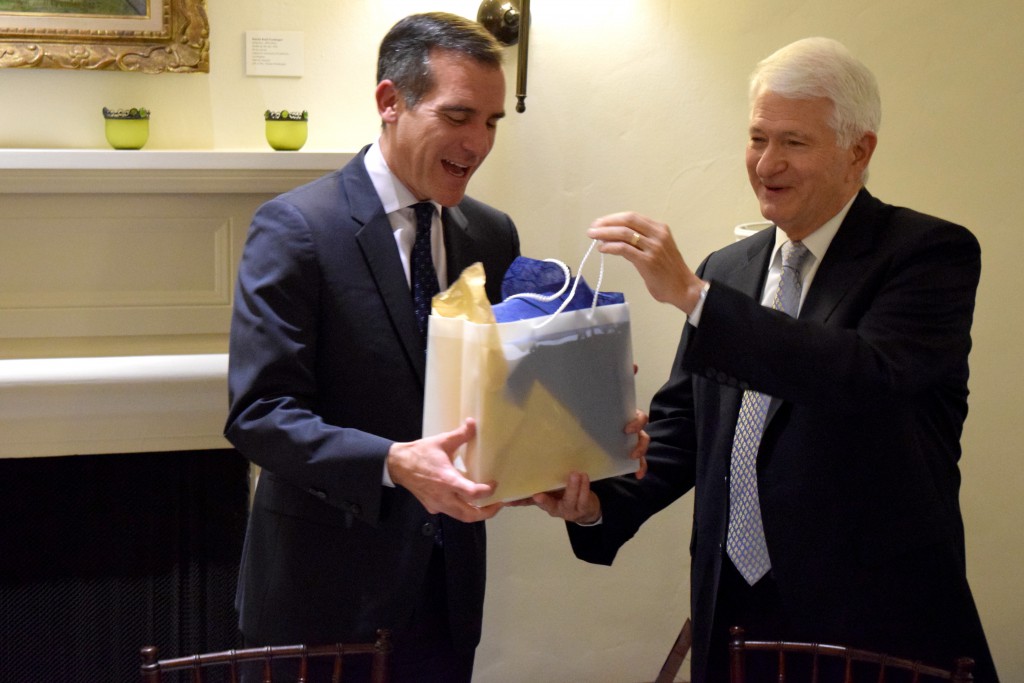 Before the evening ended, Chancellor Block gave a parting gift to Mayor Garcetti — a “Visions of UCLA” book.