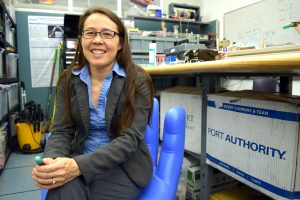 UCLA Professor Veronica Santos’ research can be explained in any number of ways. She can even reference Homer Simpson, if the occasion calls for it.

During her trip to Washington, D.C. for the Coalition for National Science Funding (CNSF) Day, Santos found her voice talking with staff and members of Congress — taking the theory of her Biomechatronics Lab, and making a pitch for life-saving benefits in the real world. The emphasis of the trip was to advocate for vital National Science Foundation (NSF) funding.

“It’s a good exercise to make you get out of your tunnel vision of what you’re doing in the lab and think at a high level as to what your research is contributing to society,” she said. “You’re trying to sell those advantages to people you hope will champion this for the betterment of society.”

Santos works on robot hands. For the trip, she carried with her a special robot finger that introduced the concept of robots feeling the tactile environment, literally. 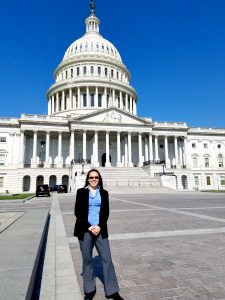 Santos visited the nation’s capitol to show off her research and stump for federal funding sources such as the NSF.

“We teach them (robots) what it feels like for their hands and fingers to interact with our world, our tools, and other humans in the environment,” she added.

So, Homer Simpson: Fans might recall seeing the popular cartoon character manipulating nuclear materials for his job during the opening credits of “The Simpsons.” Even though technology has greatly advanced since the cartoon debuted in 1990, humans still perform that same task. Santos hopes her robot hands can reduce the risk involved for human operators.

“If you can get humans out of that dangerous environment, and instead they are operating a robot that grasps things that are radioactive — things that could puncture their gloves and result in a lifetime of medical treatment — that is something that is very useful.”

There are many military applications for the technology, as well. Santos cites the movie “The Hurt Locker” as a perfect example of how her research can save lives. With machine learning, her robot fingers provide a sense of touch that can be conveyed to a human operator. For the Navy, she is helping develop robots that servicemen could send into dangerous situations and diffuse bombs from a safe distance.

In the future, underwater versions of the robot can be used to scan piers and ships for bombs and other threats — an activity that is currently, and dangerously, performed by human divers, who in many situations are operating blindly.

The data from the robot hands can be processed in a number of ways by adjoining research partners: cellphone vibration, augmented reality, or even a direct connection to a human brain far away.

All these technology and research advances can be owed to federal funding, which is why it was so important for Santos to touch base and thank various D.C. officials.

“I’ve had a number of NSF awards,” Santos said. “NSF programs fund me, they fund my grad students, my undergrads, and the outreach that we do. I wouldn’t be here without that federal funding.” 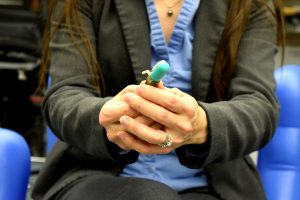 Santos brought a robot finger to D.C., which shows off the concept of robots feeling the tactile environment, literally.

NSF’s intense peer review also legitimizes the work and gives it a cache that can be leveraged elsewhere for other funding sources and partnerships — not to mention its important place in the academic ecosystem.

“NSF is training our next generation of scientists and engineers, and that is how it is viewed when looking at proposals,” Santos said.

Santos said it was exciting to speak to so many different people, and she was pleased many didn’t just ask questions, but were genuinely interested. She was happy to take on the challenge regarding people who had different viewpoints. “You had to try and find what they cared about and tie that to your work and to science and technology efforts, in general. It all kind of reaffirmed my hope and belief in the system that we have in the United States.” 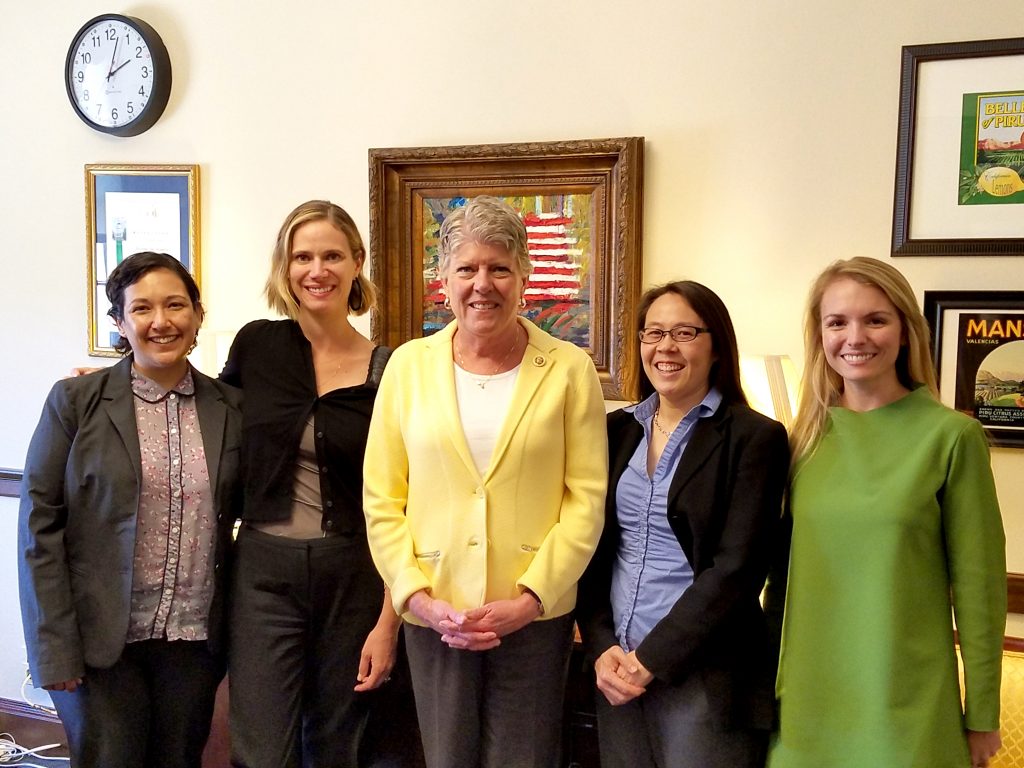 NSF is funded through the House and Senate Appropriations Subcommittee for Commerce, Justice, Science and Related Agencies. Since CNSF Day, both committees approved more than $8 billion for NSF (which must be voted on by the full Congress, and reconciled between the two), an increase by more than $300 million from Fiscal Year 2018 to Fiscal Year 2019. 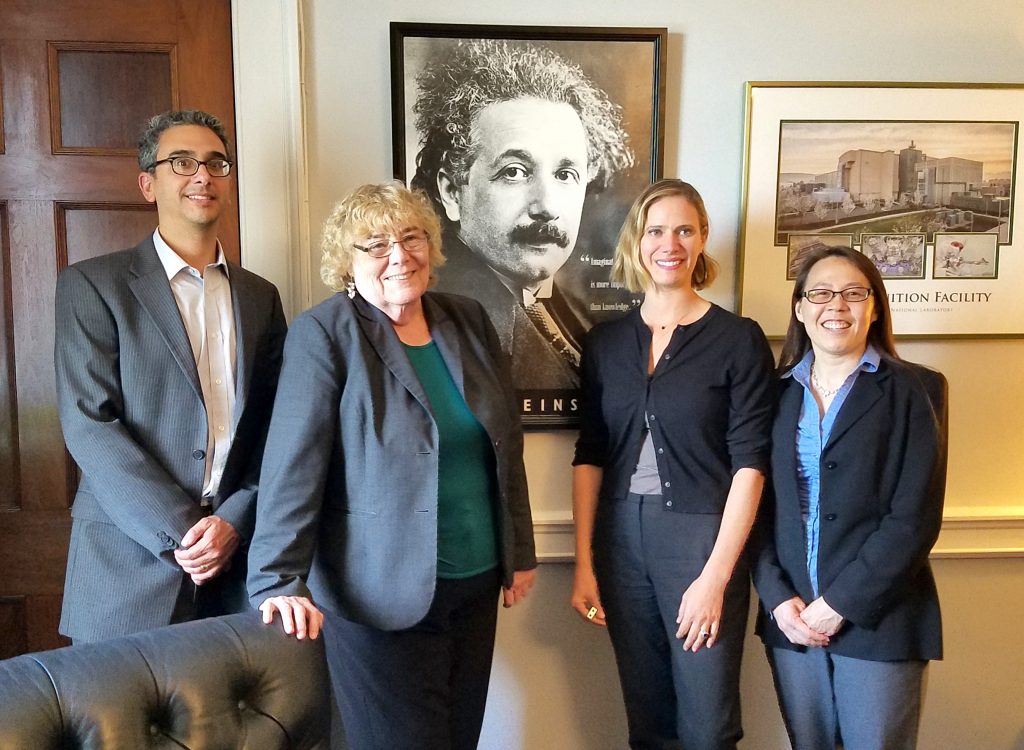