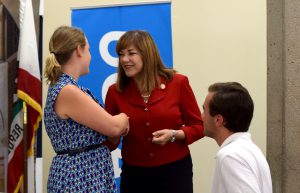 When she was very young, U.S. Rep. Loretta Sanchez (D-Orange) found herself on the front cover of a newspaper as a member of the first class of Head Start.

She might not have known it as a preschooler, but Sanchez said she more than understands the transformative power of education, especially that of higher education.

“You’re looking at a public-private former student, someone who was invested in,” she said after telling her Head Start story and noting that she later received financial help from Rotary to attain her Masters Degree. 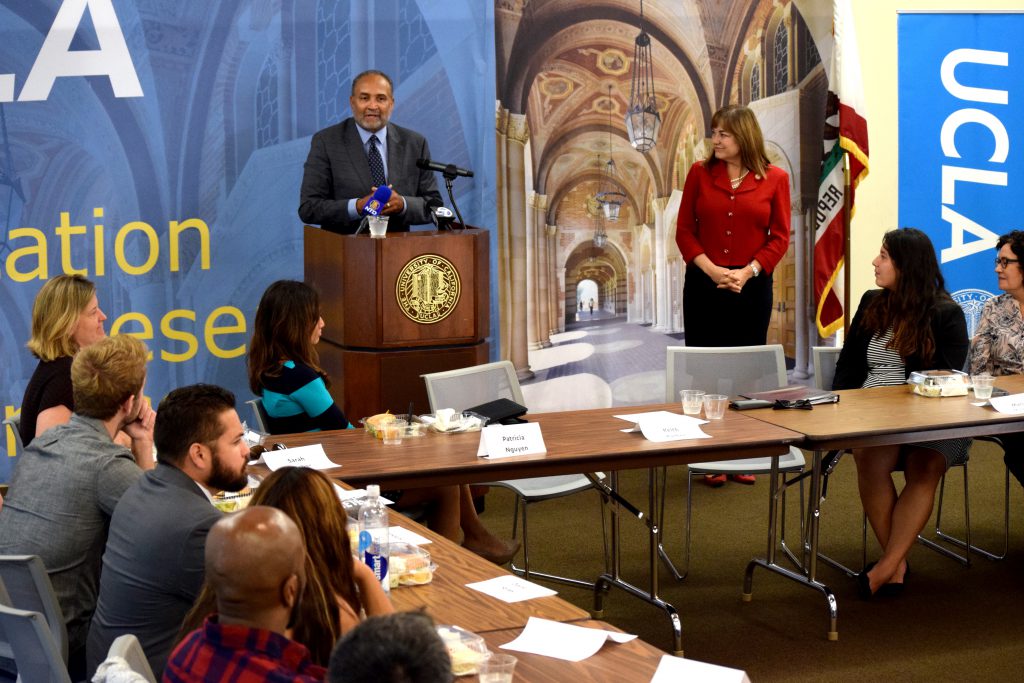 “It was great to see why this hospital is ranked so highly,” she told a room full of students, alumni, faculty and media at the James West Alumni Center on Tuesday, noting she was fascinated and emboldened by the partnership of academics and professional treatment.

Sanchez said it was important to take care of veterans, and that she will continue to fight for funding, especially to address the mental health challenges of those who return home from war. 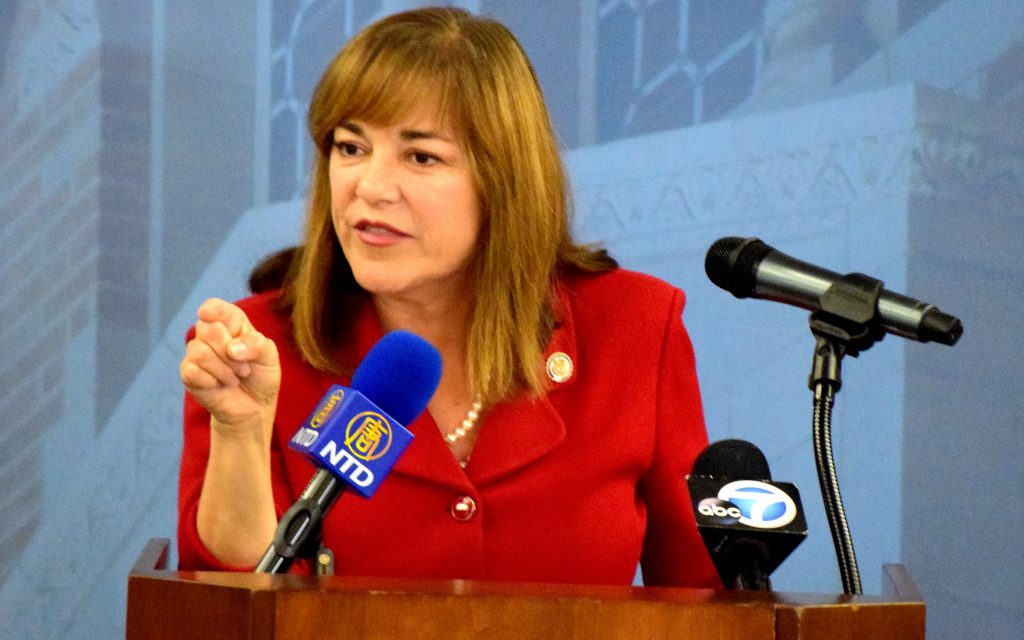 Sanchez outlined several different ways she felt higher education could be influenced from the federal level. In Orange County, where she is the U.S. Representative, they have partnered along all levels of government this year to offer a free year at Santa Ana Community College to all freshman — something she hopes will be inspirational for other areas in the state and country.

“We have always been the state of innovation,” when it comes to education, she added. 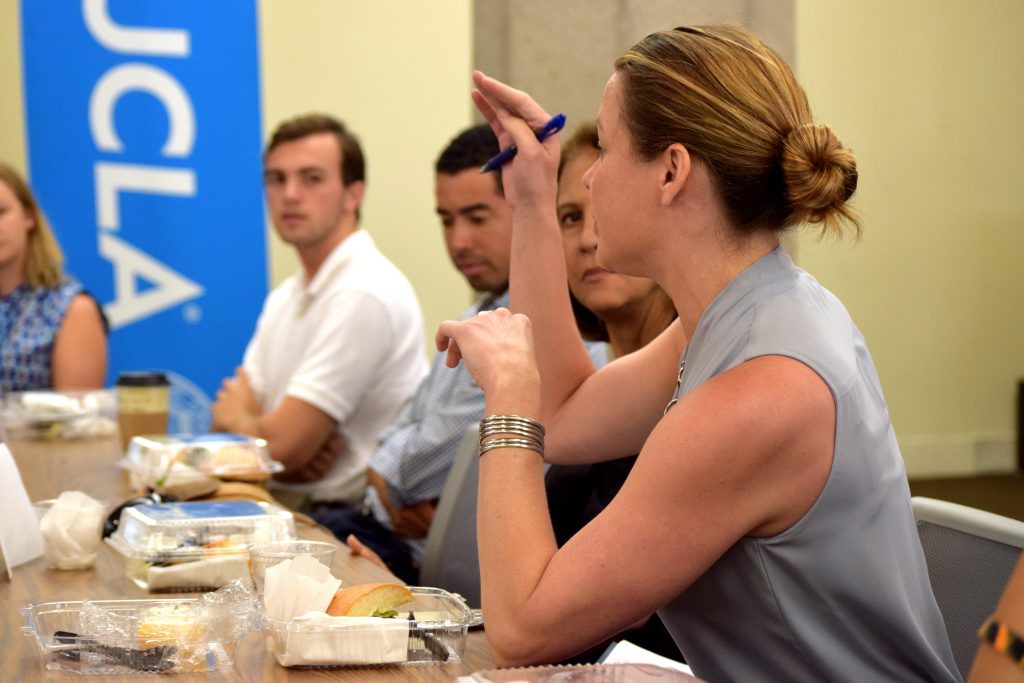 Sanchez said her plan is to expand the Federal Pell Grant Program, with a goal of almost doubling its funding. “We’re working hard to get that passed,” she said.

She also wants the federal government to approve the use of Pell Grants in summer sessions, which is currently prohibited. She supports funding Pell Grants for graduate school. 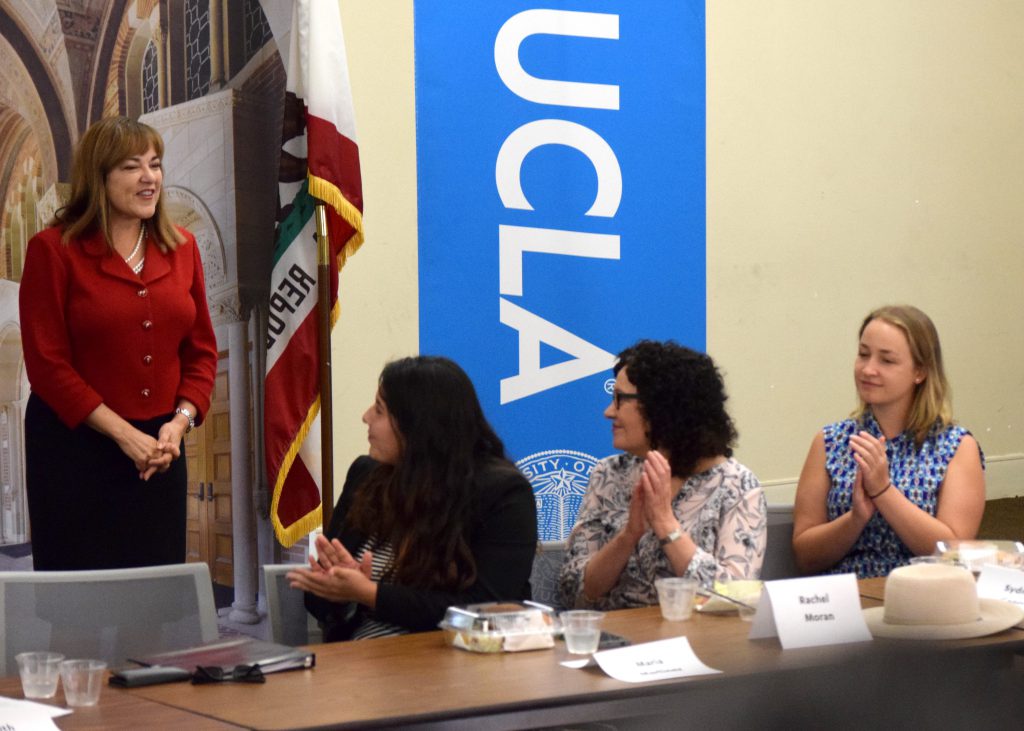 “I remember a lot of nights when I just ate popcorn,” she noted of her own challenge affording graduate school. She is one of seven children — one of her sisters is a proud Bruin alumna.

Another part of the equation is student loans. Sanchez said she wants to find a way to package various types of student loans and bring down their interest rates.

“When you look at the stack of student loans someone can have, it can be pretty daunting,” she added. 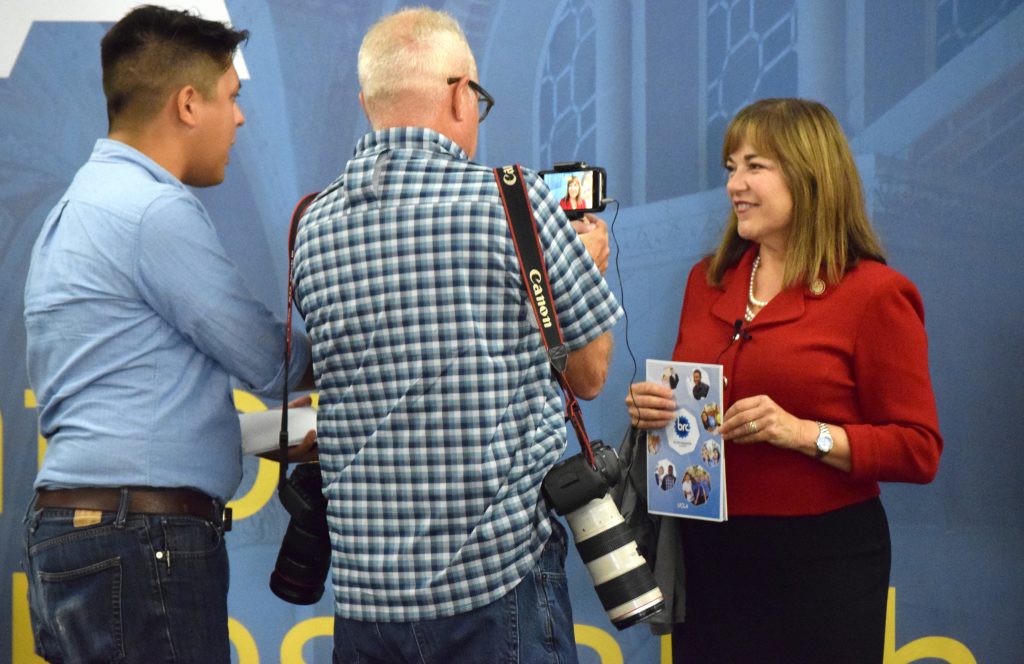 How can these education-spending increases be funded? Sanchez said she would be in favor of redirecting defense dollars toward education — emphasizing her opposition to the Iraq War.

“It’s not a matter of money in D.C., it’s about priorities,” she said.

She is a staunch advocate for investing in early education, adding that not investing in this area can create a cycle of underachievement.

Sanchez concluded the lunch by announcing she has accepted UCLA’s U.S. Senate debate invitation, which would take place on Oct. 14 at Royce Hall. Harris has not confirmed the date. 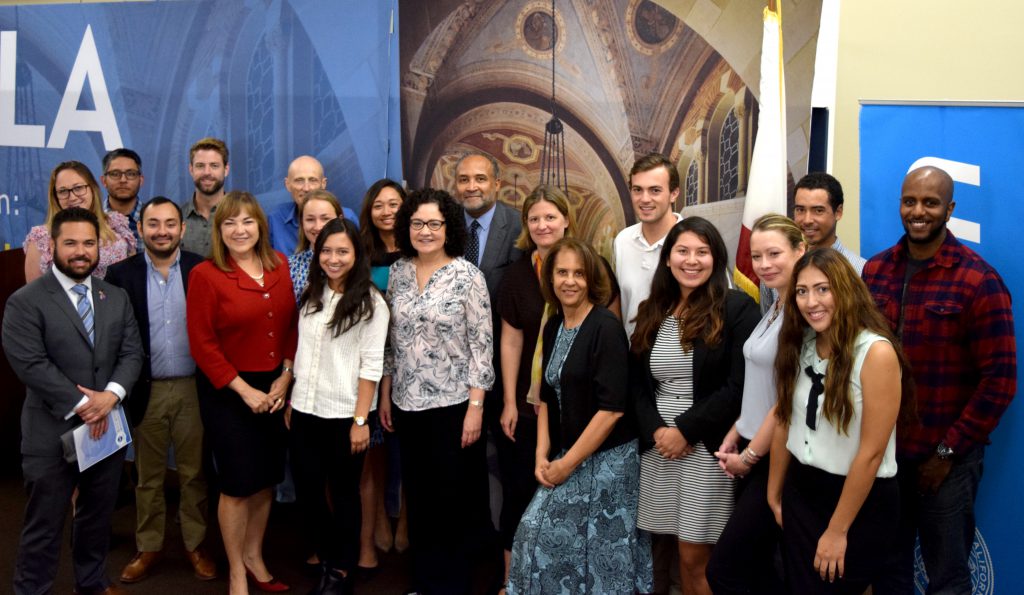