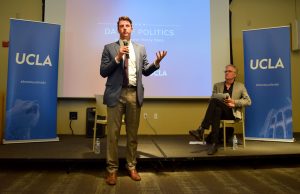 You can make a difference.

It was a simple message, but consistently, the conversation between California Senator Henry Stern and UCLA journalist-in-residence Jon Christensen, came back to civic action and what students in the crowd could do to make a difference.

“The real work is in advocacy and leaning on local representatives like me to make sure we are serving you,” said Stern, who just completed his first year in the state legislature as the youngest member of the Senate, representing the 27th district.

“Your generation could decide the next several elections — for president, for governor, for state senator or assemblymembers, and mayor,” said Christensen opening the hour-long conversation held at Pierce College Oct. 19. “At every level, you are the big generation that could decide this and the future of our country. The question is, will you?”

The two men embarked on a question and answer conversation for a joint UCLA and Pierce College event as part of the community college’s annual Day of Politics. 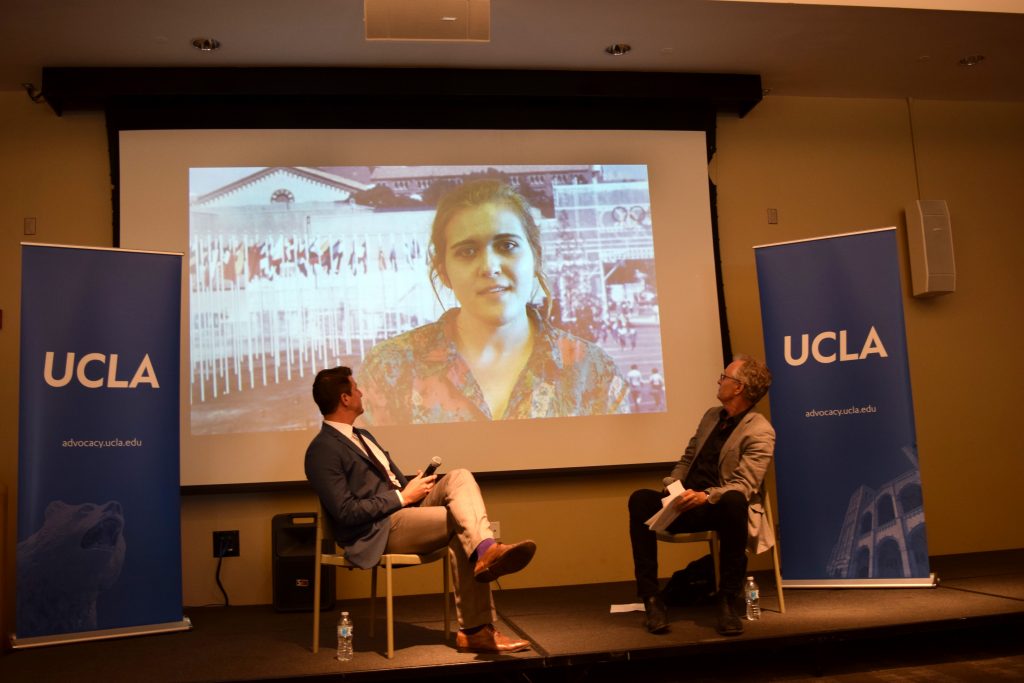 Students in the audience were given their own opportunities to ask questions of Stern, who answered them as frankly as possible, along with answering several questions from UCLA students via pre-recorded videos.

“You do not want to get into politics to be famous or rich, that’s not why you do this job,” Stern said. “To me, this is the greatest honor I could ever imagine.”

“I’m too young to deserve any deference at this point in my career,” Stern said. “I agree that it is our generation’s charge to step up and lead. It’s a complicated time, but I’d also say California, and what we’re building in this city, is a really powerful engine for good.” 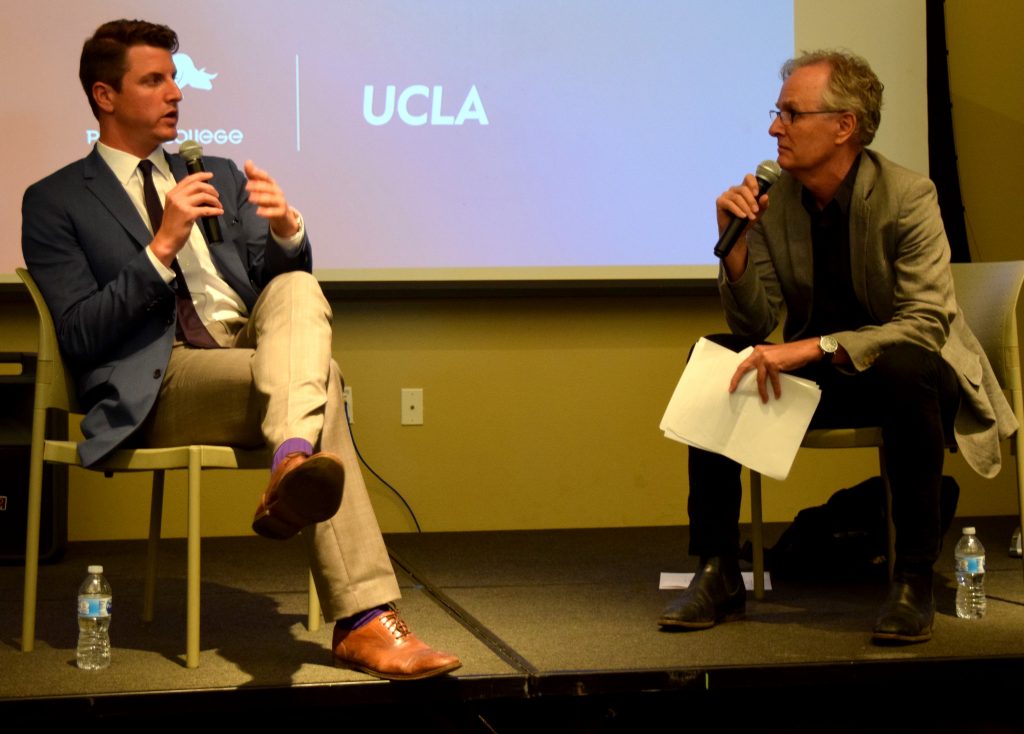 Stern praised the students of Pierce College, noting their “transfer rates are through the roof” and implored them to continue to fight for what they believe in.

“Most of my best students at UCLA come from community college,” Christensen said. “So I hope to see you at UCLA next year, or the year after that, when you’re ready. I think this is one of the great strengths of the California education system, is this partnership between the community colleges and universities like UCLA.”

And don’t forget, making change can start by leaning on elected officials like Stern, the senator added. “Another place where you guys have a lot of power is if you summon enough grassroots energy through the power of social media, you can overcome money. People are greater than money. But you need to step up and people need to get loud.” 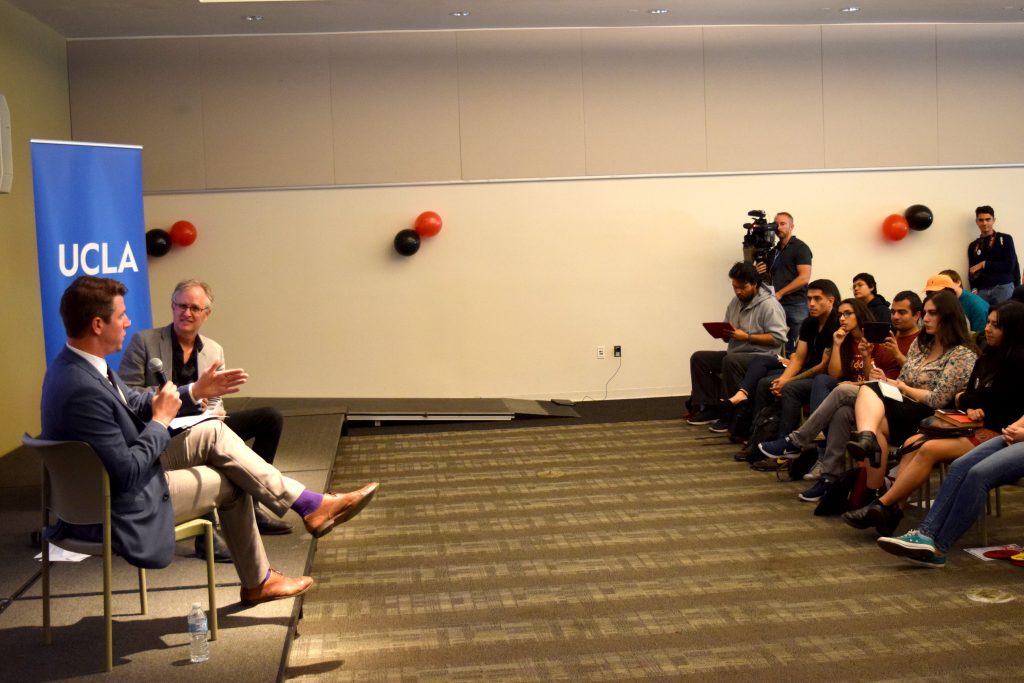 The event was part of Pierce College’s Day of Politics, which works to get students civically engaged.

It also doesn’t hurt to step away from the smartphone and get personally involved in efforts, he added. “You have to find those small, local and concrete opportunities to just make little changes. And I swear, using those muscles, not letting them atrophy, they are going to get stronger and you’ll find those opportunities to make a difference.”