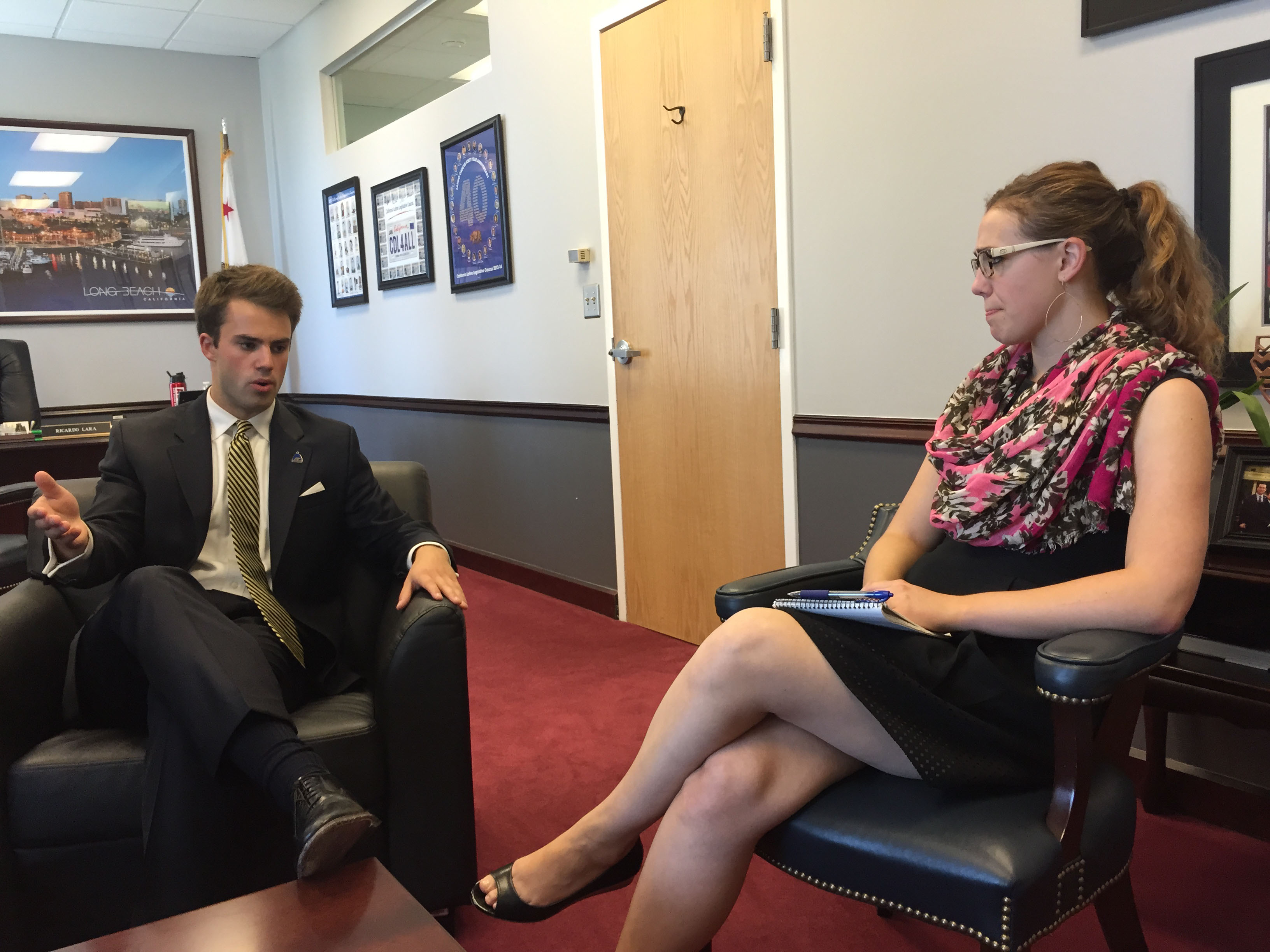 UCLA student Trent Kajikawa woke up to a 6 a.m. alarm Tuesday morning, scrambled to LAX, flew to Sacramento, dashed between discussions with as many legislative influencers as possible and flew back home before the night was done – a whirlwind day of advocacy for UCLA and the UC system.

Was it a worthy time investment? To Kajikawa, absolutely, who said he felt his and fellow student Zach Helder’s visit to Sacramento actually made a difference in the state budget conversation. They were heard.

“We’re hitting the nail and really addressing something that can help students succeed,” he said. “We moved the needle a little bit. That, to me, is really something. We just have to continue to stress this.”

While Gov. Jerry Brown’s May Revise budget proposal would allow the UC system to cap tuition costs for the next two academic years, UC President Janet Napolitano had also proposed enrolling nearly 10,000 new in-state, California, students over a five-year period. Increasing enrollment would require new funding, and so the UC system is requesting $50 million general fund dollars at the beginning of the fiscal year and $50 million for 2016-2017. The money would allow for a gradual ramping up of enrollment, and the pay to build the academic infrastructure that could handle the thousands of new students enrolling each year through 2018-2019.

In-state applications to the UC system for this academic year increased by 5.8 percent – a record-setting 11th straight year applications grew. Officials anticipate the trend will continue due to the increased funding for California community colleges and UC’s effort to facilitate community college transfers, and given the increasing number of high school students who aspire to a UC education.

Both Kajikawa and Helder said it was important for students to maintain a seat at the table during budget discussions, since their stories show the most personal and immediate impacts of any budget changes in Sacramento.

“Students are consumers on the ground,” Parker said. “They have a present experience and a future set of aspirations. That makes them strong messengers.”

It will be up to the budget conference committee (for which Lara and Bloom are a part) and then the legislative bodies as a whole, to decide whether the UC request will be granted.

“A lot of these people get different angles,” Kajikawa said. “For this visit in particular, we wanted to get the voice of the students out there.”

Helder, who visited Sacramento several weeks ago before the May Revise advocating for the benefits of a continued tuition freeze, said it’s been rewarding to know his efforts are making a difference, and he was eager to return.

“Legislators and their staff are very used to seeing paid lobbyists in the building,” he said. “Sometimes they are exhausted by them and don’t perceive their causes as genuine. That’s the advantage of being students – you can speak from the ground level. That’s how you help, through inspirational narrative. What students bring is that narrative – one that is factual and true.”

Helder said it was important to note how effective student advocacy can be regarding governmental decisions.

“The simple fact of the matter to me is this isn’t done often enough, and that’s one of the reasons why our tuition was scheduled to go up in the first place, or that we have these budget problems in the first place,” he said. “Students are the real mobilizers. The administration can talk all they want, but you’re not really worried about them voting you out of office, you’re worried about the voting population made up of students and their families.

“The best way of putting this is, I go up to Sacramento, and instead of running into many roadblocks that I’ve seen in the past with other organizations, I’m able to do this and I walk away thinking we are one step closer to improving student welfare and bettering the lives for students of California. That is a very real feeling. How many people walk away from Sacramento feeling like nothing is going to change? But these student issue are powerful and we clearly taking steps in the right direction.”