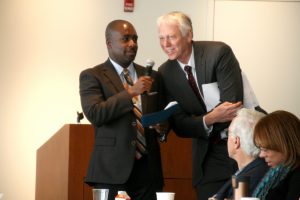 There will be a little bit of serendipity when Los Angeles Trade Tech President Larry Frank accepts the UCLA Tom Bradley Local Leader of the Year award.

Frank himself admitted, “I always run a million miles away from awards.” But this one will have some personal meaning for him. The trailblazing mayor is actually partially responsible for Frank’s ties with UCLA.

“He wrote me a beautiful letter to get me into UCLA law school, so it is really profound to be receiving an award named after Tom Bradley and through UCLA,” he said.

Frank was born in Portland, Maine and spent time in New York and Colorado before moving to Los Angeles at age 23, where he has remained ever since. He majored in Religious Studies at what is now St. Lawrence University.

The move to LA was prompted by work for the United Farm Workers Union, followed by work with the Amalgamated Clothing and Textile Workers Union and the Communication Workers of America. Then, in the 1980s he led the Jobs with Peace Initiatives, which were voter-sponsored signature gathering efforts that place two initiatives on the 1984 and 1986 LA city ballots.

“They helped create a rebirth of voter participation efforts in LA that can be traced to today,” Frank said. 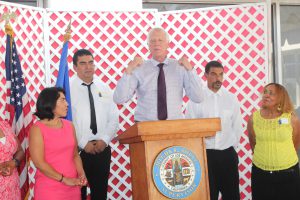 He attended UCLA Law from 1987-1990, developed a private legal practice from 1990-2000 and focused mainly on alternatives to incarceration — for example, helping to organize Proposition 36, which focused on drug treatment over incarceration.

Through UCLA, Frank began to make even greater impacts. He was staff and research director for the UCLA Center for Labor Research and Education and was given the go-ahead to open the downtown UCLA Labor Center in MacArthur Park.

This and more led to a place in Mayor Antonio Villaraigosa’s staff, including as deputy chief of staff in 2011-2013.

“Finally, in 2013 I was recruited to become president of LATTC because of my many years of workforce development efforts with that college,” Frank said. 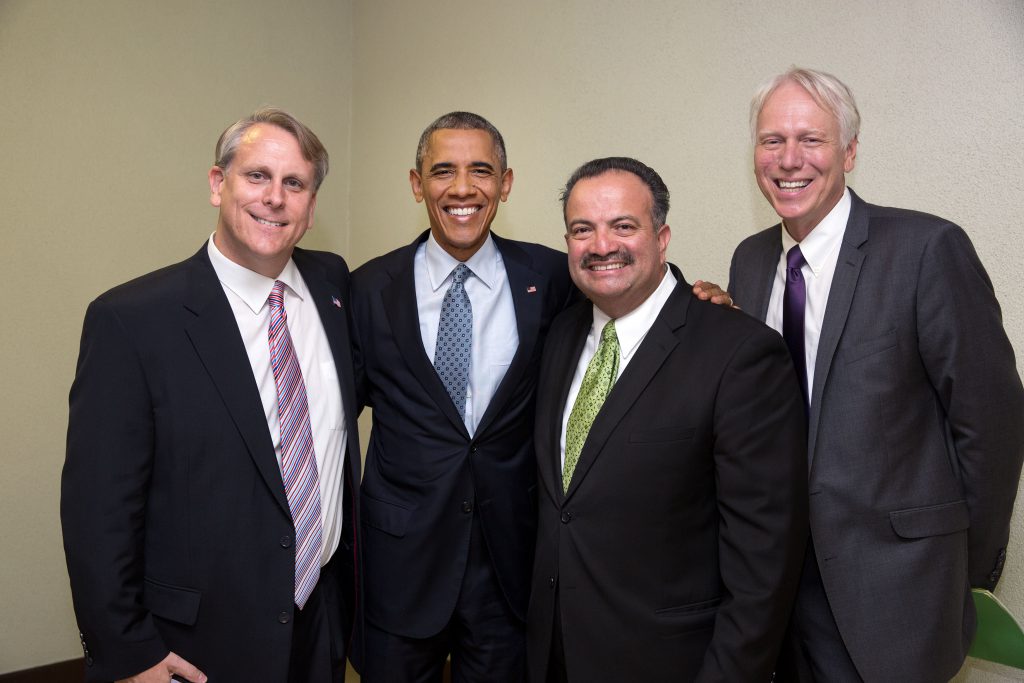 After many years, his labor aspirations were melding with another great passion — higher education.

“I have become a proponent of collective impact strategies as a critical underpinning in changing lives,” Frank said. “Education alone is often not enough to address the underlying issues of poverty in our communities. Economic development and good jobs are necessary, which are themselves dependent on safe communities. All of these efforts are essential to addressing the needs of our inner cities.”

To that end, LATTC has led an effort during the last two years to connect those strategies by securing a federal Promise Zone, which in turn will help South Los Angeles receive more grant funding for economic, transportation and educational opportunities. 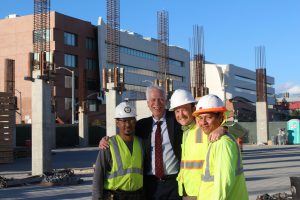 “I’ve kind of given my life to what I call the three-legged stool of building the middle class,” Frank added. “The three forces that have built that up — labor, government and education — have held together my life. I see the power of all three.”

By lifting areas up as a whole, Frank said he sees the opportunity to advocate for higher education.

As a man who has worked with Frank since the Mayor’s office days, and now oversees the Los Angeles Community College District as a board member, Mike Fong said what Frank has brought to Los Angeles over the past 40 years is invaluable.

“Larry is an amazing, transformative leader for Trade Tech and this city. He’s one of the most thoughtful, sincere people I’ve ever worked with,” Fong said. “At LA Trade Tech he has embraced the hopes and aspirations of his students and worked to help them achieve their goals. He’s an angel in the City of Angels.” 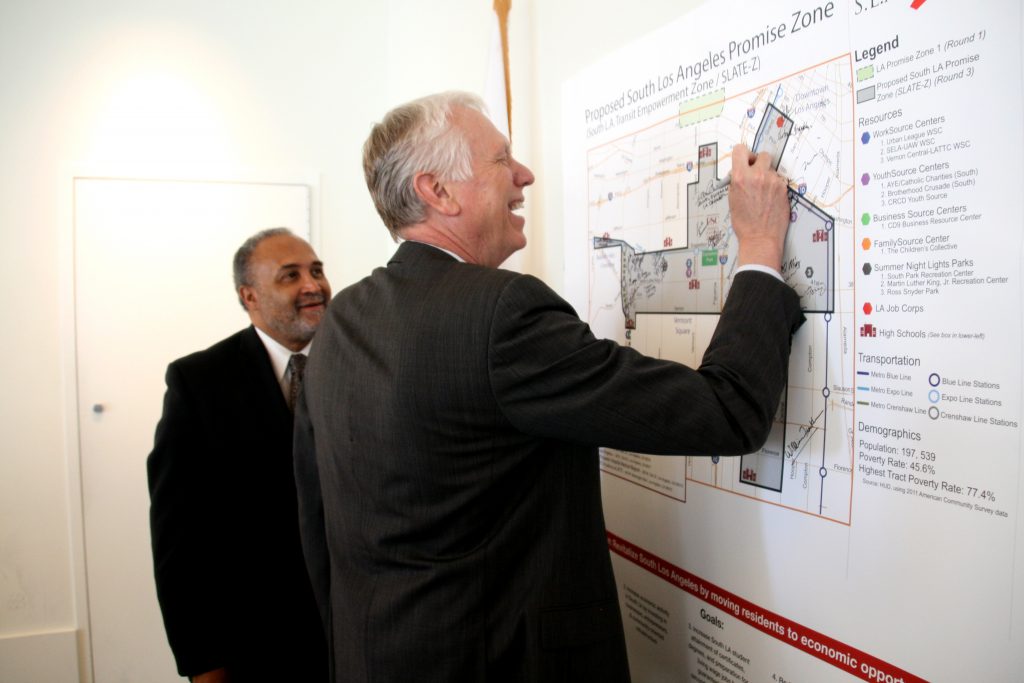 Frank signs his name on the map of the SLATE-Z Promise Zone during the MOU celebration.