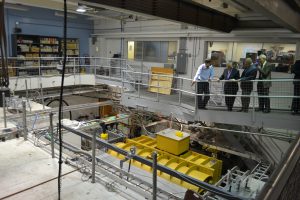 U.S. Secretary of Energy Ernest Moniz, second from the left, gets a look at the UCLA Particle Beam Physics (Neptune) Lab. (Matthew Chin/UCLA)

U.S. Secretary of Energy Ernest Moniz spoke with UCLA leaders and researchers in engineering and physics and astronomy this morning and toured two laboratories on campus that are supported by the U.S. Department of Energy. During his visit to Los Angeles, Moniz focused on the Department of Energy’s role in combating climate change and driving clean energy innovation and deployment.

“I’m so pleased that we were able to show Secretary Moniz a portion of UCLA’s energy-related portfolio, much of which has been made possible through the generous support of the Department of Energy,” said Interim Vice Chancellor for Research Ann Karagozian, a distinguished  professor in mechanical and aerospace engineering, who organized the visit.

Accompanying Moniz on the tour were Mark Gold, UCLA associate vice chancellor for environment and sustainability; George Kivork, federal liaison for the Office of Mayor Eric Garcetti; and Marvin Moon, director of power systems engineering for the Los Angeles Department of Water and Power. 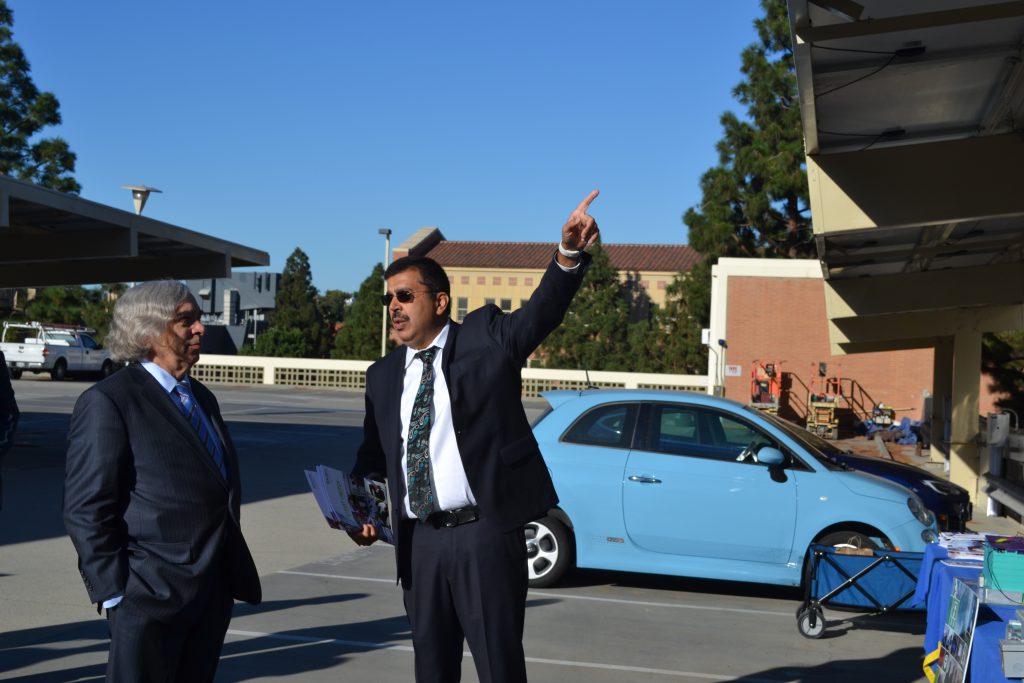 Professor Gadh, director of the Smart Grid Energy Research Center, points out solar panels to U.S. Secretary of Energy Ernest Moniz on a tour of the Smart Grid Living Lab on the top level of Parking Structure 9. (Matthew Chin/UCLA)

This article was written by Cynthia Lee