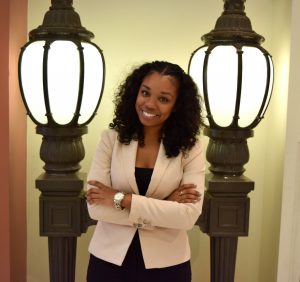 Seven months into her professional career as a field deputy for 8th District Los Angeles City Councilman Marqueece Harris-Dawson, Breana Weaver couldn’t help but feel a sense of pride and accomplishment as she, colleagues and the councilman strapped on gloves and passed out full Thanksgiving turkeys to 1,000 families in need.

The day was a culmination of hard work, and in the weeks before, Weaver had helped to identify those families through school districts, churches and nonprofit organizations.

“We wanted to purposely make sure they were families in need,” she said. “The logistics it takes to execute that — it was a lot of work and stress going into it. But once we got to the day, we had the council member and we were out there with gloves on, giving out the turkeys. Just the gratification you get when you know someone is genuinely appreciative of what you are doing, something as simple as a turkey goes a long way.”

Weaver is ready to fight for her 250,000-plus constituents on issues both big and small for the foreseeable future. A career in advocacy new, but fully realized.

“It was all worth it, and that sums up my work.”

A 2015 UCLA graduate, Weaver double majored in political science and communications studies. However, when she first entered campus, she was still figuring things out, initially declaring as an anthropology major — Weaver has always been hyper aware of the issues and people surrounding her.

“My freshman year I kind of wanted to explore what was out there, which is how I got interested in political science,” she said.

It was during a scholarship fundraiser, where Weaver met UCLA Assistant Vice Chancellor Keith Parker of Government and Community Relations, who chatted with her and gave his card for future considerations.

“As he’ll tell everybody, I actually followed up, and it just opened so many doors,” Weaver said. 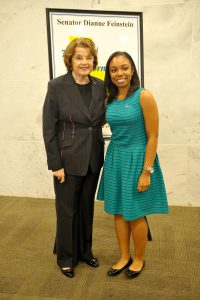 She initially asked to be an intern at the Volunteer Center, but instead ended up as a direct intern to Parker, gaining access to numerous political meetings and summits. Participating in meetings with Chancellor Gene Block and other elected officials sparked an interest in civic engagement, along with a political theory class.

“That kind of triggered me — ‘Oh, maybe I can pursue this’ — and eventually it formed for me as a double major,” said Weaver, noting it began to compound into something even greater. “I think for me, it was really being able to have exposure to what UCLA was doing in the communities of Los Angeles, and how we were intentionally maintaining and creating relationships with elected officials. That’s something, among many things, I was able to witness.”

Weaver was born in South Los Angeles, the product of a very successful single mother. She was immediately able to speak to her experience as an African American woman at UCLA, and to advocate for enrollment of more underrepresented students.

She recalled a seminal moment when she was invited to a state legislator luncheon at the UCLA Faculty Center. “I wasn’t expecting to say anything. I thought my role would be just to shadow and see how this works, but when I got there, there were only about 10 people.” She was asked to tell the official her UCLA story. “I was a little nervous, but I spoke and talked to the state legislator and whoever was at the table, and it sort of came naturally.”

Weaver would go on to participate in UCLA advocacy efforts at Los Angeles City Hall and a trip to Washington, D.C. focused on building support for Pell Grants, an issue important to her, coming from a single-parent household.

“[My mother’s salary] looks great on paper, but when you factor in student loans — she got her masters while I was in high school — and factoring in how much money it takes to raise a child on your own, and those bills, she could barely afford to help me with college, as well.

“We have to keep in mind that there are multiple characteristics that could suggest a student is in need, and needs a certain amount of help.”

Weaver said creating an informed next generation of advocates will take a truly concerted effort. For her own part, she said it was important to learn more in college, and become comfortable with important political topics. Too often, she warned, younger people can become overwhelmed by an onslaught of news and information — a steady stream of headlines and retweets — and back away from civic engagement. 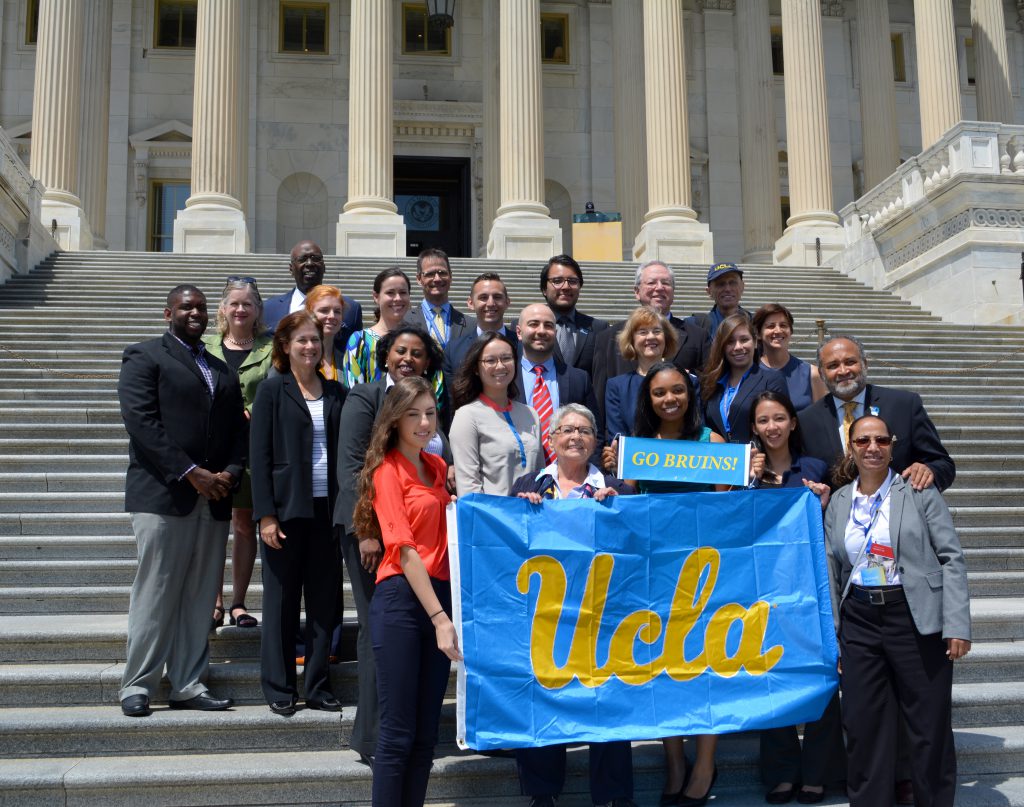 “While I was in college, I wouldn’t say I was necessarily politically active,” she said. “However, I was always observing, and listening, and learning, and I think that kind of took me from that observer point of view to now being involved. Once I learned enough about the historical context of issues that have impacted this country or specific demographics of people — once I was able to be aware of what has happened, I was better able to understand what is happening now, and I think that is what has triggered my passion.”

Weaver thinks a strategy of combining those two sentiments — using detailed historical context to inform people, coupled with the speed and immediacy of the social media arena — could be a successful strategy. “My generation, you need to meet them where they are.” An example was when her office worked to inform the public on Proposition HHH and the history of poverty and homelessness in the city using Twitter.

It’s almost hard for her to imagine a time before strategic messaging and a life of answering constituent concerns, but there was a time when Weaver took part in the Coro Fellows Program in Public Affairs. The program aimed to train students to have objective and questioning minds for civic engagement. Afterwards, she was left uncertain on what her path ultimately should be. Then the Harris-Dawson job came to her attention. The fit was instantaneous, and she hasn’t looked back since.

“When that opportunity came up, I thought, ‘Wow, that would be awesome.’ I didn’t seek other offices to work for and there are honestly no other offices I would want to work for,” said Weaver, noting what she was looking for was here all along. “I grew up in South Los Angeles. This is my community and I am lucky to be able to work for someone who is passionate and has similar concerns, and genuinely values improving the community.”