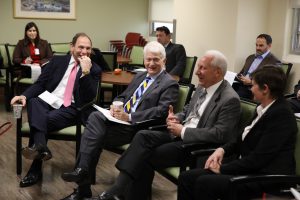 UCLA Chancellor Gene Block today announced actions that are underway toward fulfilling UCLA’s 10-year, $16.5 million commitment to the Department of Veterans Affairs for new programs and supportive services to benefit our nation’s veterans. That commitment includes $300,000 annually in fair-market rent for the continued use of Jackie Robinson Stadium.

The announcement came as Block met with U.S. Veterans Affairs Secretary Robert McDonald to tour the West L.A. VA campus, following the passage of the West Los Angeles Leasing Act of 2016. Block and McDonald observed the ongoing revitalization efforts consistent with the bipartisan federal legislation, and they received status reports from UCLA’s leaders who are spearheading the implementation.

“UCLA’s long-standing relationship with the VA has never been stronger, and I am confident our existing and new collaborations will modernize and continue to improve the quality of life for veterans over the next century,” Block said. “UCLA is bringing our diverse resources together with other public- and private-sector partners to transform the West L.A. VA into a thriving veteran-centric community. Together with the VA, I believe we will make a bigger difference in veterans’ lives than either of us would alone.”

• On top of a $500,000 annual commitment to design and implement a UCLA–VA Family Resource and Wellbeing Center at the West L.A. VA campus, UCLA has been awarded a grant of $100,000 from St. John’s Health Center Foundation to support the groundbreaking work by Dr. Patricia Lester on extending outreach to veterans’ families through virtual home resources, working toward the ability to extend resources from the UCLA–VA Family Resource and Wellbeing Center to vets outside the West L.A. VA grounds. UCLA is recruiting an executive director for the new clinic.

• UCLA is finalizing plans to work with the VA, and to provide $250,000 annually, to establish an integrated and interdisciplinary center for excellence that will address homelessness, and improve treatment for mental health and substance abuse through patient care, training and research.

• UCLA and the VA have identified space at the West L.A. campus for the future home of the UCLA Veterans Legal Clinic, and the UCLA School of Law is currently recruiting an executive director for the clinic. The executive director will manage an initial UCLA investment of $400,000 annually that will also provide for a staff attorney and paralegal/administrator. Expected to open in fall 2017, the UCLA Veterans Legal Clinic will provide enhanced legal services to veterans, assuring that the earned benefits and other legal needs of homeless veterans are secured.

• As part of its commitment to help create a thriving West L.A. VA campus for our nation’s heroes, UCLA and the VA have forged a collaboration with the Student Veterans of America and Home Depot to begin rejuvenating the Veteran’s Garden adjacent to the Jackie Robinson Stadium, which is intended to be used, along with a new park area proposed around the Veteran’s Garden, as a site for recreational, leisure and therapeutic activities for veterans and their families.

• UCLA will provide $2 million over 10 years in in-kind services, including consultation regarding implementation of the Master Plan for the West L.A. VA campus, landscaping, transportation and housing, all designed to help the VA campus develop in a way that shares some of the welcoming, functional and efficient characteristics of UCLA’s campus. UCLA will make available additional consultation drawing on its expertise in a number of fields, including interdisciplinary fellowship programs to train future caregivers for homeless veterans and adaptive recreation. 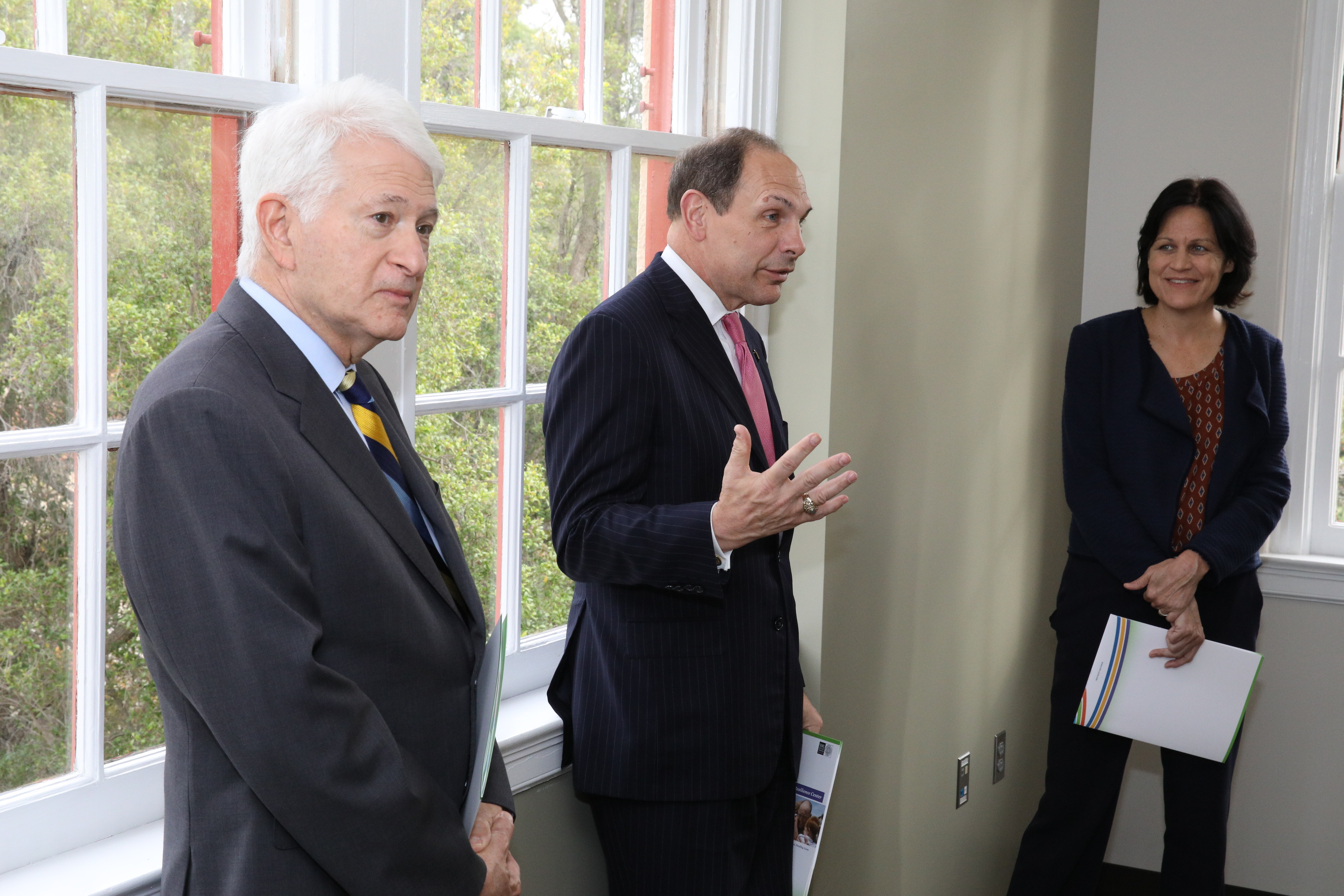 The West Los Angeles Leasing Act of 2016 was authored by congressmen Ted Lieu and Jeff Miller and by Senator Dianne Feinstein. It allows the secretary of veterans affairs to enter into leases at the West L.A. VA to provide for permanent supportive housing and services including legal representation, spiritual enrichment, vocational training, addiction treatment and recreational opportunities.