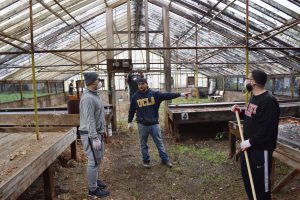 A little bit of rain wasn’t going to wash away an important day of service for student veterans working to rehab the West Los Angeles Veterans Affairs garden area.

A steady downpour was no match for more than 50 volunteers at the special volunteer event, which took place from 8 a.m. to noon on Thursday morning. And almost by coincidence, the weather began to clear up just as the area was being cleared itself of debris. Student Veterans of America (SVA), UCLA Recreation and the Home Depot Foundation partnered on the effort.

The gardens will be a significant piece of the new phase of partnership between UCLA and the West LA VA.

“We want to renovate, spruce up and kind of give it a facelift,” said Arturo Flores, who is a member of the SVA UCLA chapter who served five years in the Marine Corps. “You can tell no one has really been tending to this area or the garden itself. You look at the greenhouse and its roof — there is no roof. This is just desolate.”

Flores is in his final year at UCLA as a political science major. He said about three years ago UCLA veteran students discovered the national SVA group (founded in 2008) and approximately 10-15 initial members filed for the UCLA charter. There are more than 30 active members and about 400 affiliated. 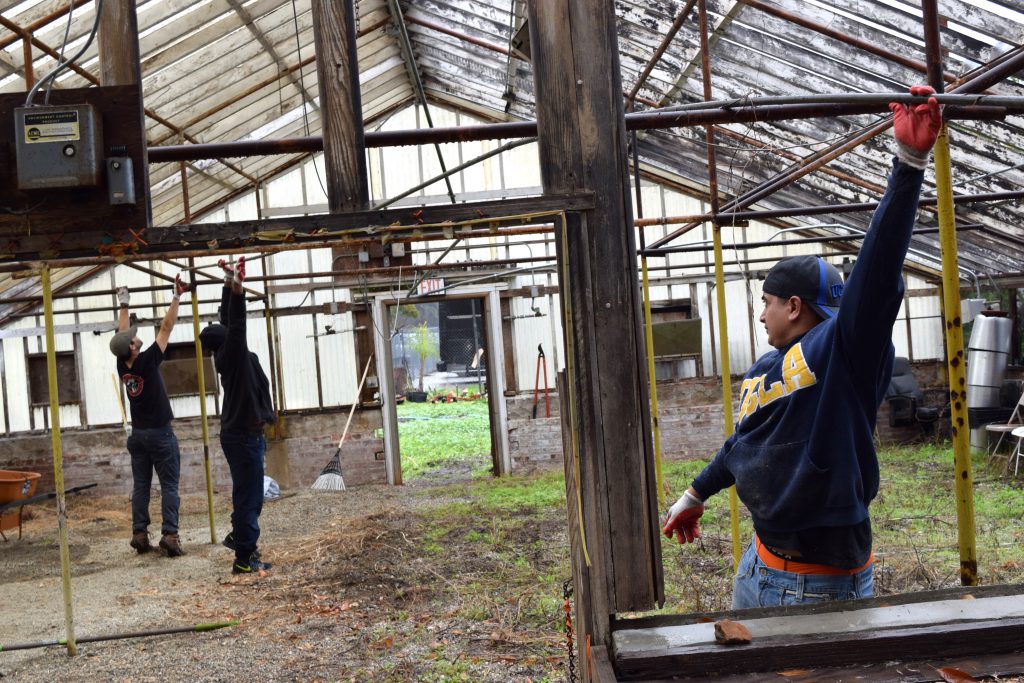 UCLA student veteran Arturo Flores works with other volunteers to help clean up the greenhouse at the West LA VA gardens.

The gardens area is right next to Jackie Robinson stadium, and was once a vibrant area used for both physical and mental health therapy for veterans.

Each year SVA has a national conference somewhere across the country — this year, Anaheim — and during each conference period, the group hosts a special volunteer event — this time the makeover of the veterans garden. 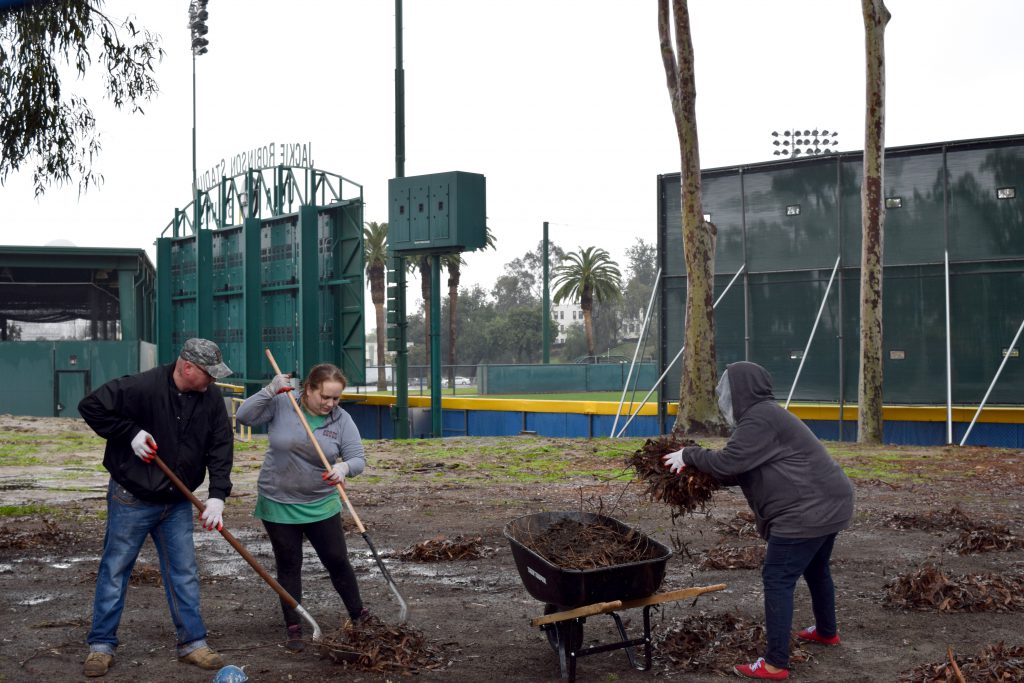 The West LA VA gardens are just to the side of Jackie Robinson Stadium.

“This allows veterans at a national level to engage at a community level,” Flores said. “This concept of leaving something better than we found it ties into that. When we leave, this space will look completely different.”

Dr. Willie Dye, who is the grounds supervisor of the area for the West LA VA, said he was happy to have the help in an area he has been tending to going on 49 years. Back then, there was a thriving veterans program centered on the garden area, with public flower and farmers markets and veteran barbecues. About 15 years ago the program was cut and within the last five years, things have gotten the worst they’ve ever been, he said, as far as upkeep. 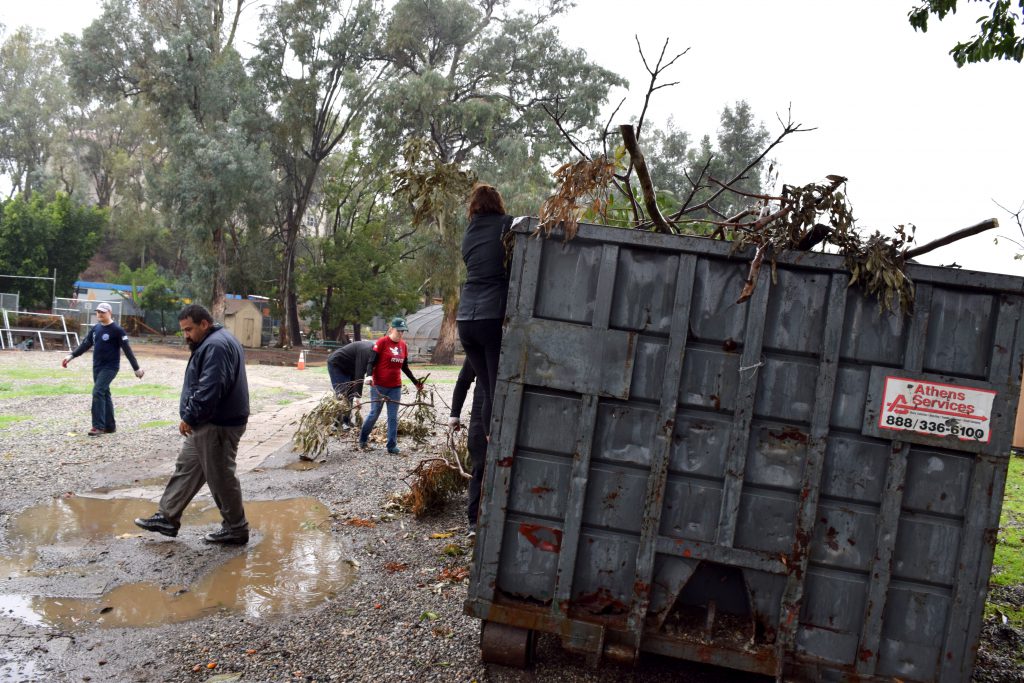 Plenty of trash and debris was hauled out of the gardens during the volunteer effort.

“I’m glad we had this project today, to put in a foundational framework,” he said. “I’m really happy they are able to come in and do an excellent job.”

The gardens will be one facet of a number of improvements and programs that will come with the new phase in the pact between UCLA and the West LA VA. 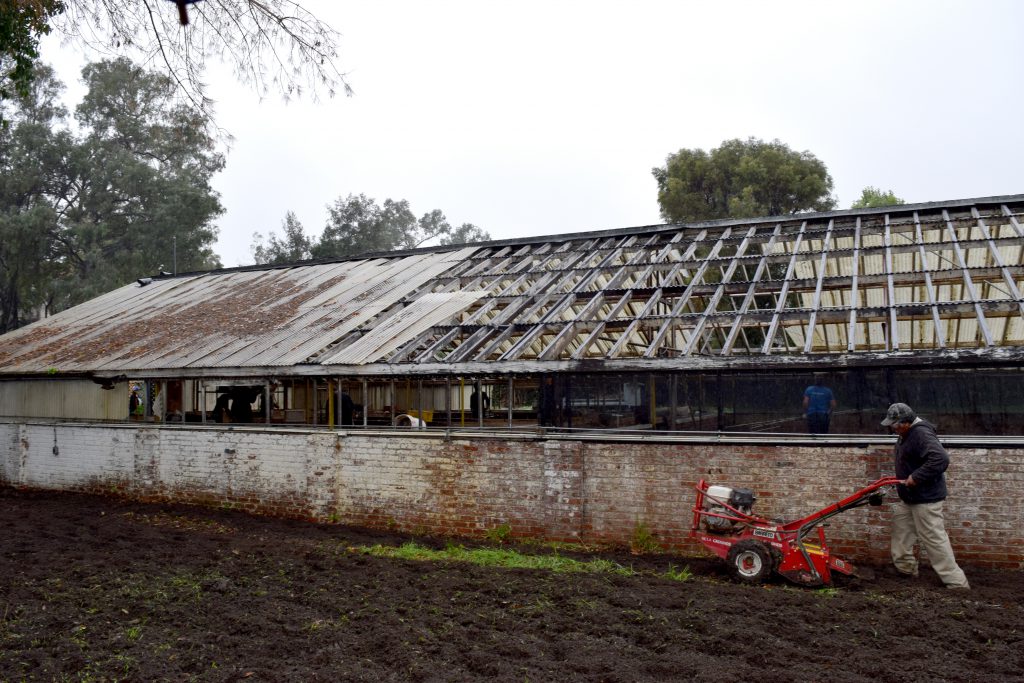 Volunteers helped till the soil in order to get it ready for new plants.

“I think this is the perfect intersection of what UCLA’s new partnership with the VA is,” said Mick Deluca, assistant vice chancellor of campus life. “And then it’s quite fortuitous that the Student Veterans of America’s national conference was right here in Anaheim.

“One of the things we’re committed to on the grounds of the VA is to help bring the vets gardens back to life. This is a wonderful kickoff with great student leadership from throughout the country.

“Back in the day, this was an amazing, thriving garden. It’s 15 acres of land just behind the left field fence of Jackie Robinson Stadium. This helps us in our bigger vision of maybe surrounding the stadium with a veterans park in the future.” 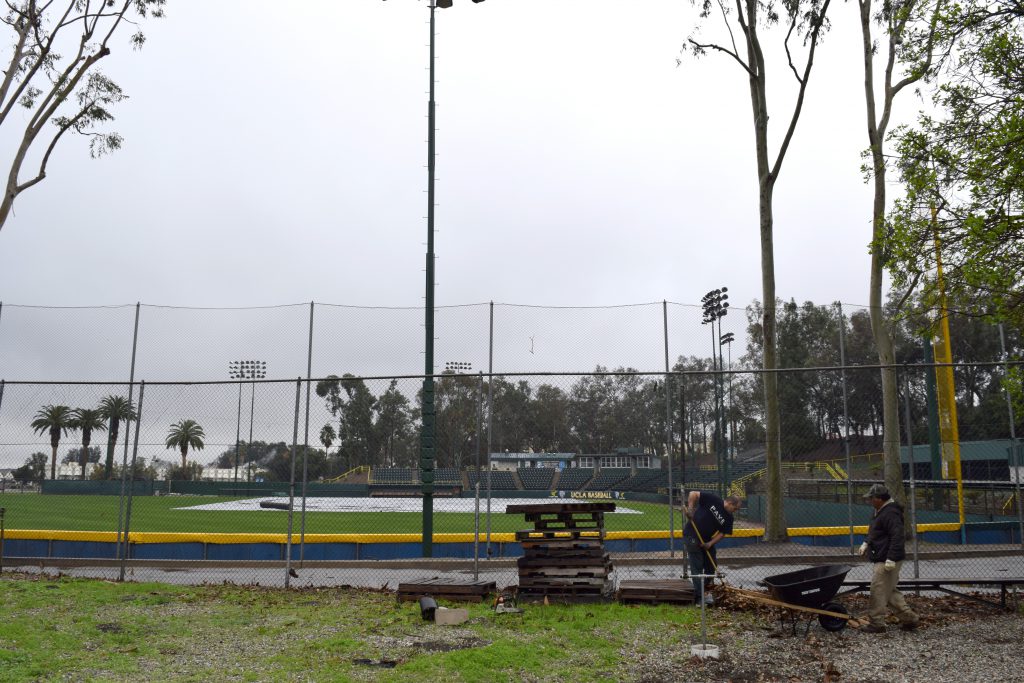 Volunteers working to prepare the soil for future planting and veteran programming in the shadow of Jackie Robinson Stadium.

As soil was tilled, trees were cut and debris was hauled away, many of the student veterans couldn’t help but take a look around at the area still teeming with life, and imagine what could be in the near future.

“Everyone here goes out of their way to help other people and I think this is a great event to show that,” said Jennifer Hayes, member of the SVA University of West Florida chapter. “It’s really nice. The sound of the birds in the background is pretty awesome. I hope that whoever goes to this area in the future just enjoys it and is able to find peace here.” 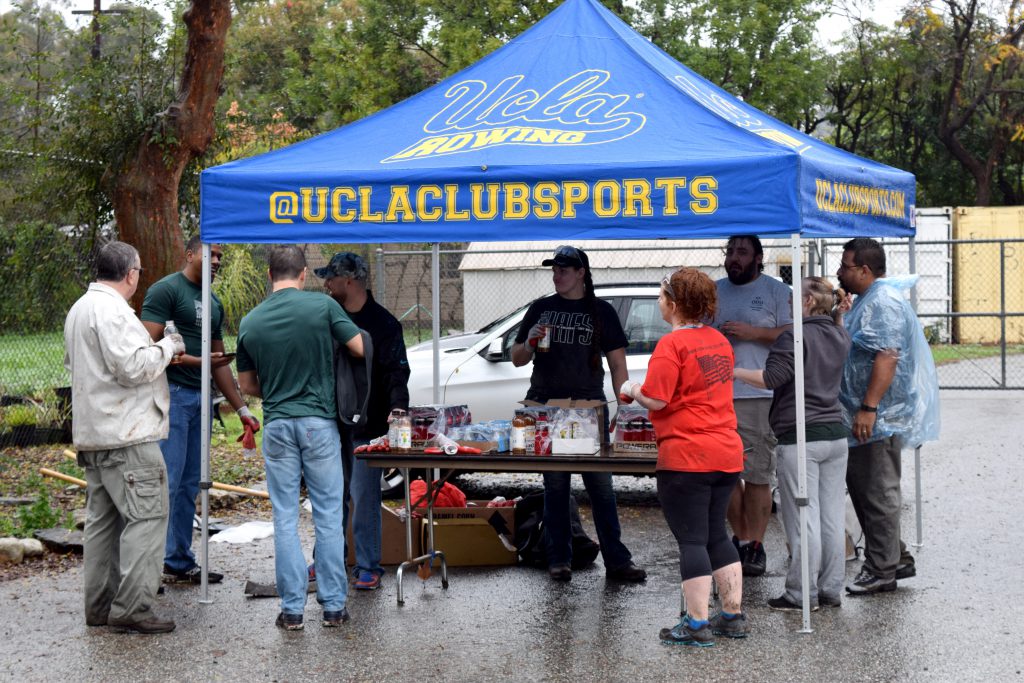 A steady rain greeted volunteers early in the morning, but they were more than happy to work through the soggy conditions aside from the occasional break.