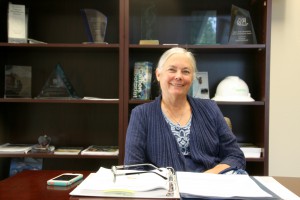 A champion for the environment and higher education, California Sen. Fran Pavley will be finishing up her legislative career this year. (photo by Jonathan Van Dyke)

“Right time, right place,” is a mantra California Sen. Fran Pavley (D-Agoura Hills) mentions often when reflecting on her multitude of years in public service, but there is no doubting that a strong conviction and equal passion is what ultimately resulted in a storybook political career.

Years ago, 1982 precisely, Pavley found herself as the first ever Mayor of Agoura Hills. Her passion, especially about the environment and smart urban planning, had guided her to the top of her town.

“Education, participation, government — making a difference was just sort of a natural fit,” she said, reflecting on a political career that is coming to a close this year.

“Just driving downtown for a hearing would make you want to incorporate and prioritize your own tax dollars,” she said with a laugh.

Pavley taught government and civics to eighth graders and has a masters in environmental planning. She didn’t want to replicate the growth patterns of “the Valley” where she saw a lack of park space and foresight. Only one of five supervisors really had to pay attention to her city, so she sought a way for the locals to make their own decisions.

“I realized by getting involved you could make a difference — a nice surprise.” Pavley was 32 when she became mayor, noting most of the other council members were “ancient” in comparison. “Timing is everything, but I’ve had the ability to craft what I think are important issues without really putting a finger in the air and figuring out what everyone else’s are.”

She continued to rise through the political ranks by winning her assembly district against four other candidates all from the bigger city of Santa Monica — “being outspent 5 to 1.”

“This was in the days of grassroots politics, and when they allowed crossover voters in the primary,” she said, again noting serendipity of circumstance that allowed the other candidates to sort of cancel one another out. “Santa Monica woke up to the fact that there was more than just Santa Monica.”

Pavley would eventually move on to California’s 27th Senate District, where she has presided since, continuing to champion the environment and sustainability, as well as being a major partner and advocate for higher education. 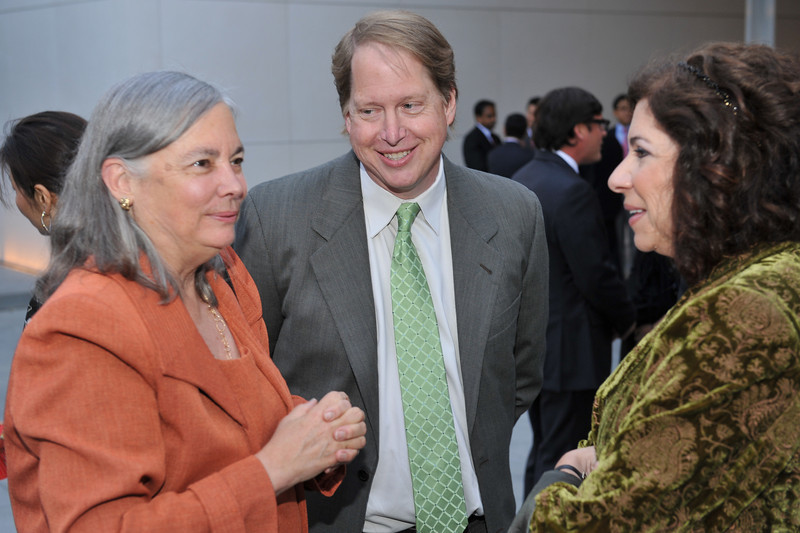 Pavley talks with Mark Gold and Joanne MacDonald during an event hosted by the UCLA Institute of the Environment and Sustainability. (photo courtesy 27th District Office)

“Education and higher education are critically important,” she said. “Education, out of all issues, is the number one most important in the Senate. You couldn’t tell by the perceived lack of funding, but in a state of competing needs, half of every general fund dollar goes to education.”

Pavley said there is actually a warmness in the state legislature in regards to higher education — many of her colleagues are products of public education, providing “a nice perspective” on the issue in Sacramento. Pavley is fond of the fact that she went through college (CSU Fresno) when there was no student loan debt to speak of.

“In my mind, one of the most sensitive issues right now is the inability of the middle class students to get a college degree,” she said.

How to fix that, however, is a problem that plagues Sacramento and weighs on Pavley’s mind.

“The initiative system in California, for better of worse, has really locked things in,” she said of possible funding sources. “I do know there is a statewide commitment to public education and making it affordable.”

But how? Should there be another voter-approved initiative for a dedicated revenue stream? Should the oil drilling severance tax go to higher education? Pavley seeks to emphasize energy efficiency and sustainability to help free up the state’s bottom line, but she admitted that wasn’t the overall solution. The need to be creative and flexible to fund higher education will remain after she hangs it up this year.

UCLA is and should be a big part of that discussion, Pavley added, because even though she didn’t go to the university, she almost sees herself as an honorary Bruin.

“UCLA is the number one four-year university in the area,” she said. “Whether you went to school there or not you consider that a regional resource.”

Pavley has lent a helping hand to the Sustainable L.A. Grand Challenge, worked on the Emmett Institute on Climate Board for the UCLA School of Law and been a part of the advisory committee for the Luskin School of Public Affairs.

“I remain, on a personal level, very committed to the value of UCLA, not just for Los Angeles, but for the broader region,” she said.

To solve higher education problems, it will take an ongoing commitment — the kind that Pavley likely had to show, regardless of political climate at the time, when she started back in Agoura Hills.

After all, during a recent visit to the UCLA campus last year, Pavley said she couldn’t help but continue her commitment to the environment by performing a little self-tour of the campus. Her goal? To figure out how much artificial turf was being installed during drought conditions.

“It was pretty good,” she said with a sly smile.