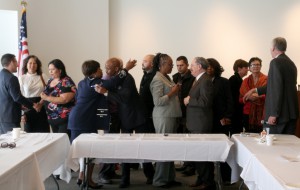 And with a ceremonial swipe of the pen, dozens of community leaders made a promise to lift up South Los Angeles for the next generation.

UCLA is among more than 140 organizations that will have signed onto the South Los Angeles Transit Empowerment Zone’s (SLATE-Z) Promise Zone application, which if the federal government adopts, could be transformative to an area in need.

Two years ago, South Los Angeles came up short on its application, Los Angeles Eighth District Councilman Marqueece Harris-Dawson said, and instead, an area encompassing parts of Hollywood, Koreatown, Pico-Union, and Westlake won the designation. Leaders vowed to push forward on a new and even more inclusive application.

“Now, every part of organized civic life is a part of this,” Harris-Dawson said. Regardless of the fate of the application, the councilman said he couldn’t help but be emboldened by the support in the room: “This will be the body (of leaders) that helps transform South L.A.”

His federal counterpart, U.S. Rep. Lucille Roybal-Allard (D-Los Angeles), said that she has never seen such an impressive coming together of civic and public figures. 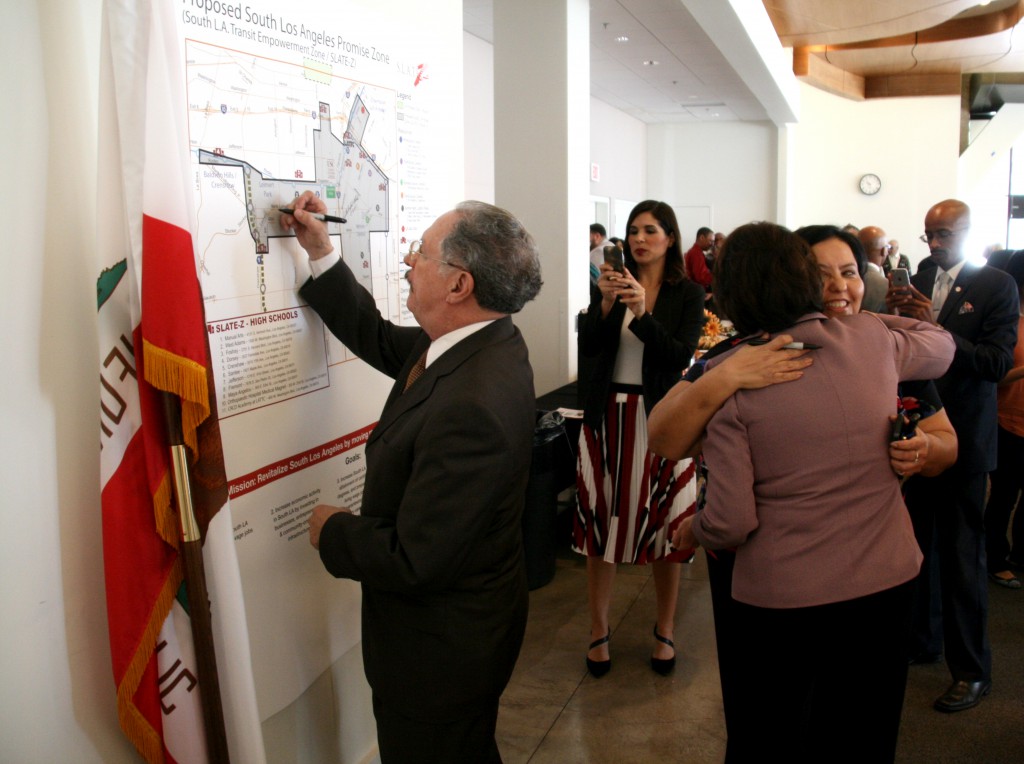 LAUSD Board Members George McKenna and Monica Garcia celebrate the finalizing of the SLATE-Z application. (photo by Jonathan Van Dyke)

“In many ways, this is unprecedented,” she said. “I truly believe this application is one of the best Washington has ever seen. You don’t see collaboration anywhere in the country like this.”

The Promise Zone initiative designates high-poverty, urban, rural and tribal communities so that the federal government can partner with and invest in those communities to create jobs, leverage private investment, increase economic activity, reduce violent crime, and expand educational opportunities.

Los Angeles Trade Technical College President Larry Frank has helped lead the SLATE-Z coalition, and said winning a designation could be transformative for the region. 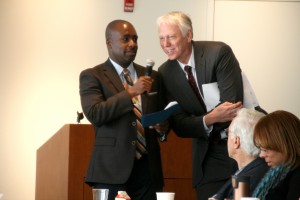 Education is a major key to the idea of Promise Zone.

“We want to build an alignment between high schools and all colleges,” Frank said.

With HUD-VASH, a social worker is assigned to a veteran using a voucher for housing, and that person will visit with the assigned veteran daily, weekly, monthly, or whenever needed in their home. 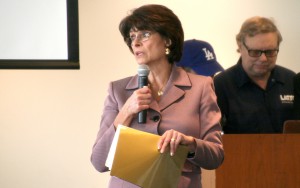 “As coalition partners we will provide support, advice, and resources to assist with increasing South Los Angeles student attainment of certificates, degrees, and preparation for living wage jobs and careers by working together to increase postsecondary enrollment and completion,” the letter of support states, with signatures at the bottom including UCLA Chancellor Gene Block.

A graduate of UCLA, Frank noted this was another example of the university reaching beyond its immediate borders. There are 11 high schools in SLATE-Z and UCLA has direct partnerships with six of them.

“UCLA is everywhere down here,” Frank said. “It has real presence in South L.A. For us, it’s not just the opportunity for our students to go to UCLA, it’s the on-the-ground partnerships with UCLA, as well.”

Anntoinette Marie Burleson, 26, a South Los Angeles native and an alumnus of the Coalition for Responsible Community Development, said she hopes to attend UCLA one day. A mechanism like SLATE-Z could instill hope in the youth of the area to reach their educational and career goals. 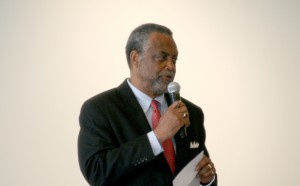 “Nobody makes it off these streets alive or sober,” she said. “We need people from outside of South L.A. who care.”

Ninth District City Councilman Curren Price said that 46 percent of the people within the proposed SLATE-Z are below the federal poverty line, and that it was important to bring transportation and education to the region, while identifying and fixing problem areas in an area of Los Angeles that had been “largely neglected.”

LAUSD Board Member George McKenna, District 1, summed up the feelings of the crowd, which would later rejoice at signing the MOU for the application. Beyond schools and elected officials, partners include the L.A. County Sheriff’s Department, the County Federation of Labor, various workforce unions and several transit coalitions.

“This is about the future of our children and the people of this community,” McKenna said. “Advocacy is saying we will not fail. Our unity is our strength.”

For more information on SLATE-Z, visit slatez.org. For more photos of the event, visit Facebook or Flickr. 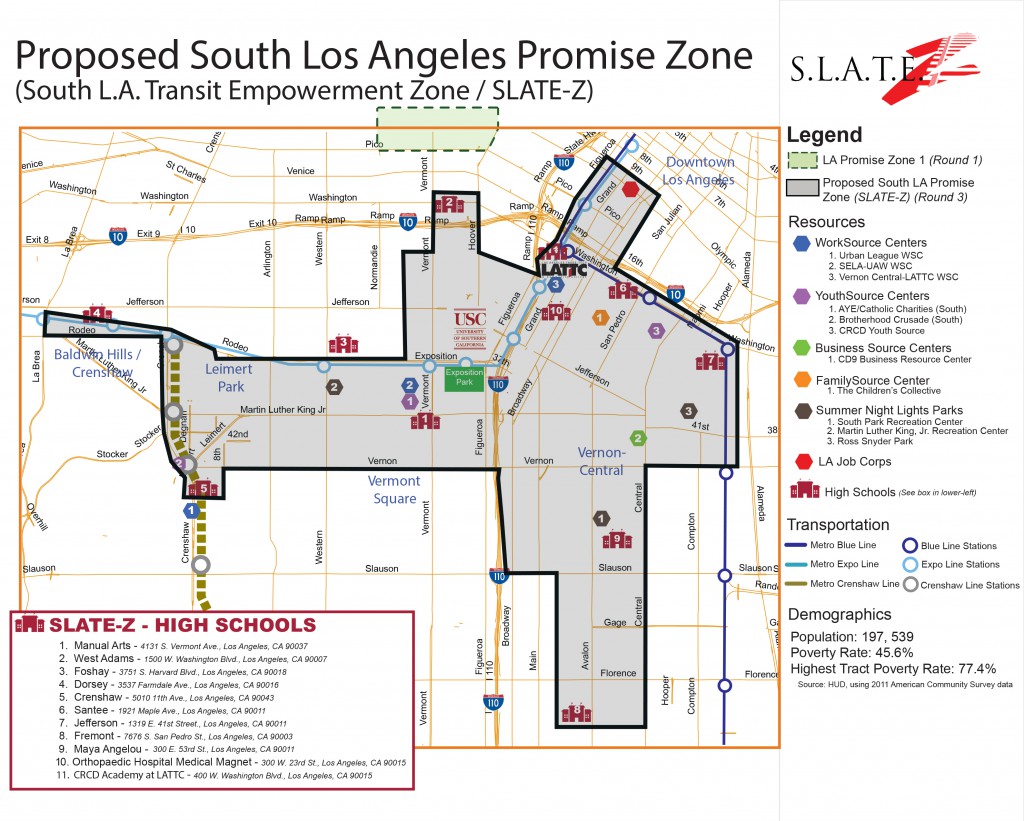