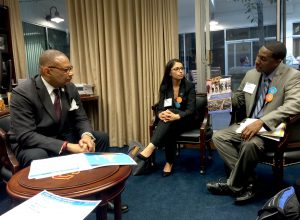 Four graduate students and two faculty administrators formed a UCLA coalition that traveled to Sacramento for the annual UC Graduate Student Research Day on April 19, with the goal to communicate the critical impacts of graduate research, taking it beyond the classroom and outside of the lab, and expressing its importance in the real world. They also made the case to state legislators for $9 million in state funding for 900 more graduate students system-wide.

Woodward shared with legislators his research comparing students’ and teachers’ perceptions of effective teaching. He explores which methods students think work in order to increase success in underrepresented populations and create pipelines to universities such as UCLA and other UCs.

“I think you have to perfect your elevator pitch, making it succinct and to the point. You learn to fly on these little connectors that the representative will remember. I think education is always relevant, but it’s also a little broader of a topic,” said Woodward, who noted that his work with the Black Male Institute in the LA community was an example of community engagement that interested many lawmakers. 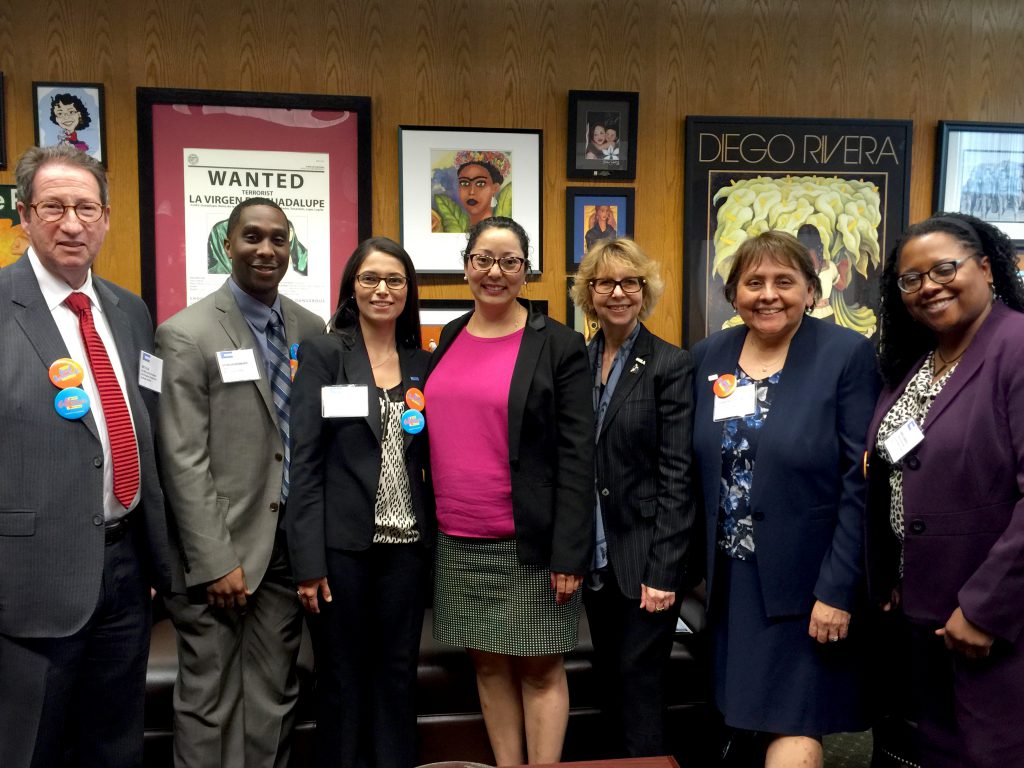 Both Woodward and Ocampo are recipients of the Eugene V. Cota-Robles Fellowship, which is awarded to students from underrepresented groups to attend graduate school.

“There are a lot of incredible, smart and brilliant people who could be in these programs, but without funding, it would be really difficult to do the research that we do,” Ocampo said. 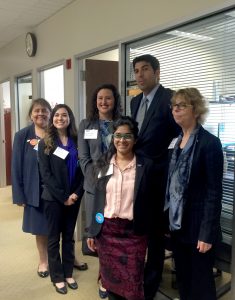 Assemblymember Matt Dababneh welcomed the UCLA coalition into his office for a discussion on graduate research.

With the presidential election just barely in the rearview mirror, and with plenty of local elections in full swing, Ocampo said she found a warm reception for her political science research, which focuses on political behavior of racial, ethnic and religious minorities — specifically of late, that of the Latino population.

“We met a ton of different people, but it was great to see that there were many legislators who were really motivated and moved by the work we were telling them we were doing, things that have a lot of implications on the state of California. That was really rewarding and it was nice to see that.”

She was particularly heartened by a meeting with Assemblymember Reggie Jones-Sawyer.

“He received us in such a warm and welcoming way, and he was fascinated by our work,” Ocampo said. “He understood, and he said, ‘We need you.’

“It was great for us to meet with legislators and put an image and a description before them about who and what we are as graduate students, not just as something abstract, but that what we are doing is relevant, with real world implications.” 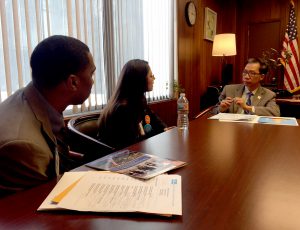 Beyond research initiatives — which also included work on prescribing opioid medications, language services in the court system, molecular behavior and neuroscience breakthroughs — the coalition advocated for the benefits graduate students have on the ever increasing undergraduate population.

“Having a strong graduate program is also very important for undergraduate students, who really look up to their graduate students. We are mentors to them both in formal and informal ways,” Ocampo said.