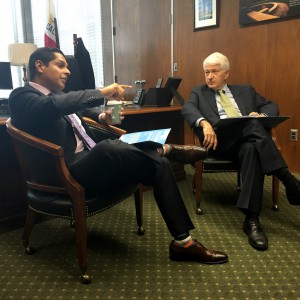 UCLA Chancellor Gene Block flew into Sacramento for a whirlwind day of bringing UCLA’s message of progress to lawmakers.

“I think the meetings were all very positive,” Block said after the day was done. “Everyone we spoke to was impressed by UCLA and what we are accomplishing.”

In 2016, there are several major topics that are on many lawmakers’ minds including resident versus non-resident enrollment and diversity. The Chancellor’s meetings were primarily targeting legislative leadership and key committee chairs.

“Legislators want to make sure there is enough room for California students,” Block said.

The additional enrollment is a very positive step, he added. He also laid out the message that UCLA and the UC — despite a swoon in state funding due to the recession — have maintained California resident enrollment since 2007. 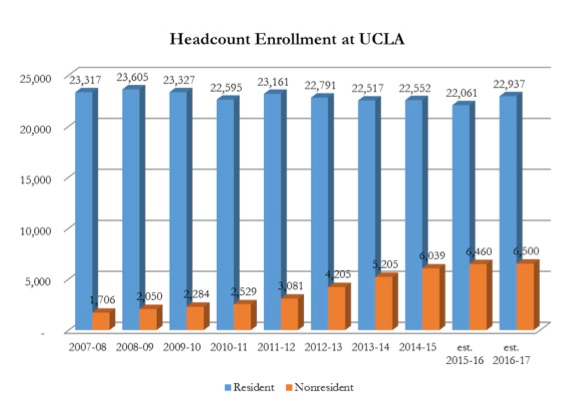 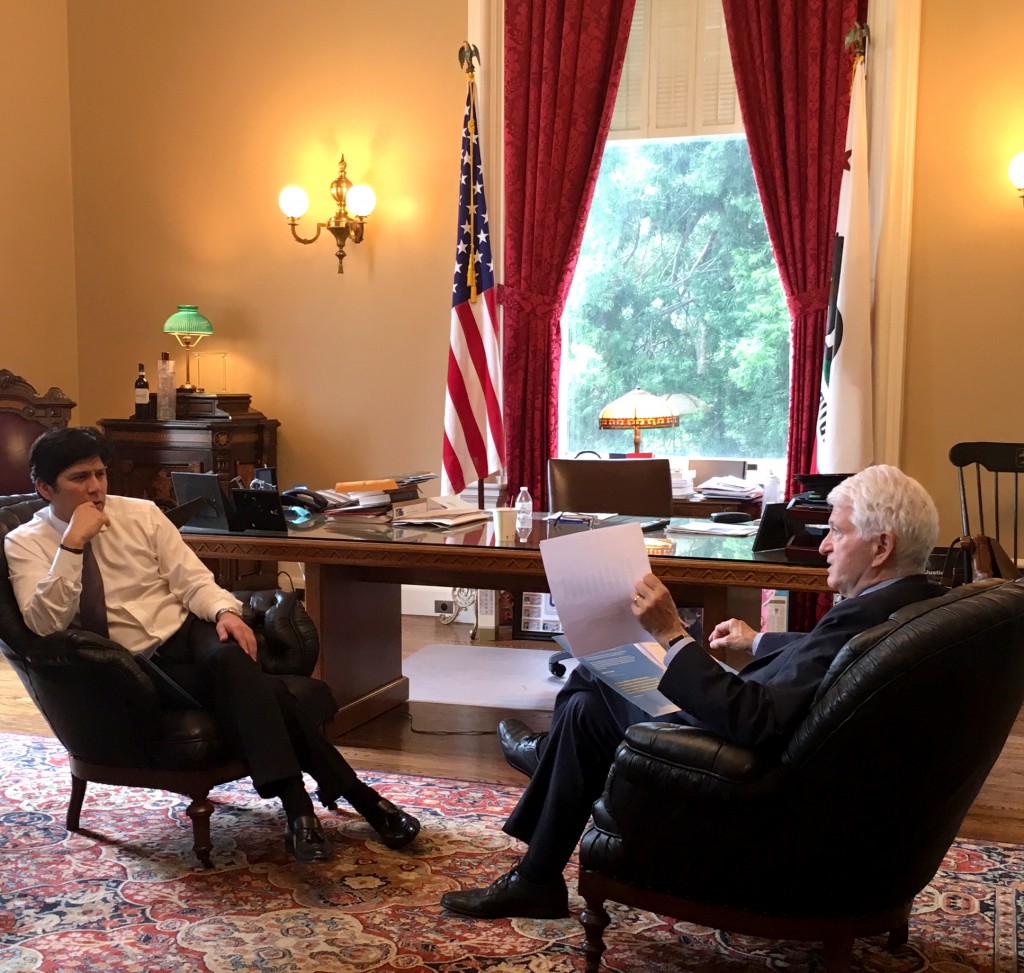 The Chancellor reiterated UCLA’s support for Governor Jerry Brown’s 2016-17 budget proposal — which includes a 4 percent base budget adjustment, $35 million for deferred maintenance, $25 million for cap and trade projects and $171 million for retirement costs. He emphasized an additional request for $6 million to enroll 600 graduate students systemwide to better support UC during the influx of all those new undergraduate students.

“I think legislators are supportive of UCLA and we didn’t hear much resistance for the governor’s budget,” he said. 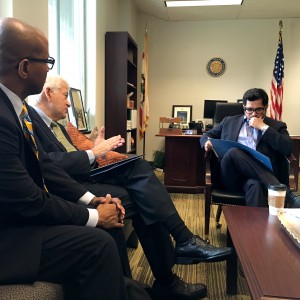 Diversity has also been on the minds of state legislators, and Block made sure to let them know the university is doing all it can to enroll underrepresented students in order to even better reflect California. UCLA has developed programs specifically targeting all communities, but there is still work to be done. As an example, the UCLA Community School is situated in a low-income neighborhood of Mid-Wilshire, and efforts there have produced a 90 percent college-going rate for its graduates — students who are and will be interested in attending a UC, and hopefully UCLA.

Applications to UCLA received for Fall 2016 increased 5 percent for African-American freshman, 8 percent for Chicano/Latino, and 3 percent for Native American applicants. Among Californian applicants, 41 percent would be the first in their family to graduate from a four-year college and 39 percent are students from low-income families.

Sharing information on these topics, and more, is the bedrock of maintaining these important relationships in Sacramento, Block said. “The importance of these meetings is that the Office of the President is very diligent, but sometimes it’s also important for the legislators to see the face of the campus — the boots on the ground. We personalized a bit more of the message and I think it was successful in the way these meetings are. We helped better inform legislators of our university while keeping a systemwide perspective.” 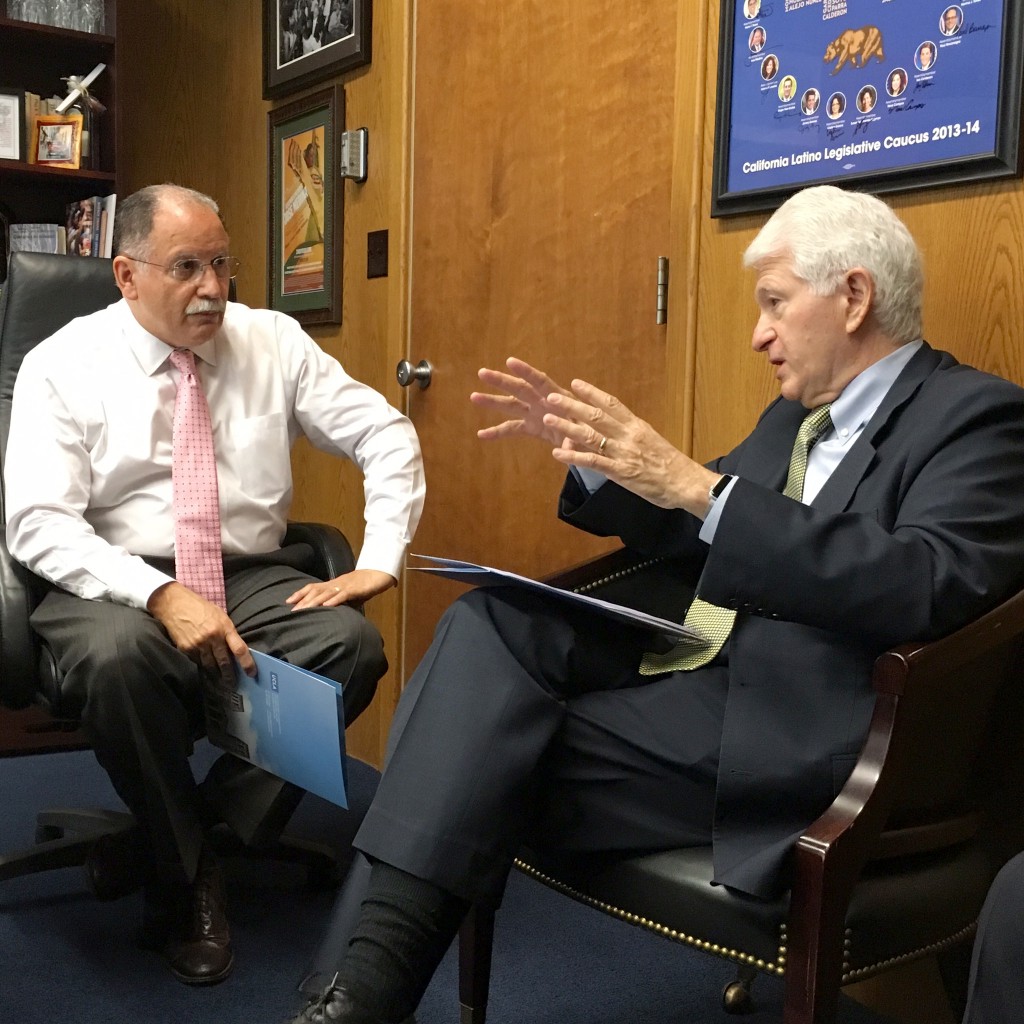