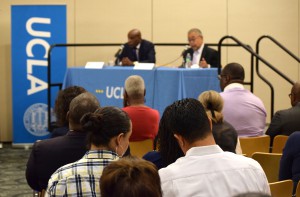 Members of the public gathered at CSU Dominguez Hills on April 20 for a first look at the 35th Senate District candidates in a forum co-hosted by UCLA. (photo by Jonathan Van Dyke)

UCLA and California State University, Dominguez Hills, partnered on April 20 to bring the public its first forum for the 35th California Senate District.

The California Primary Election date is set for June 7, and voters must register to vote (online or postmark) by May 23. 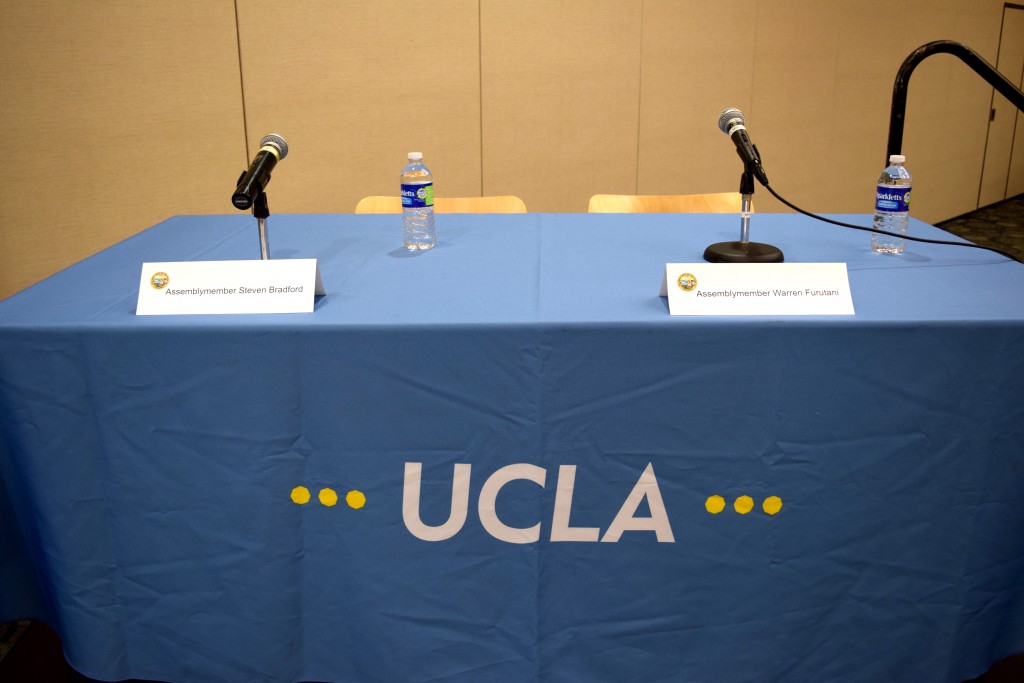 The candidate forum — the first of this election season — was hosted at California State University, Dominguez Hills. More than 100 community members attended. 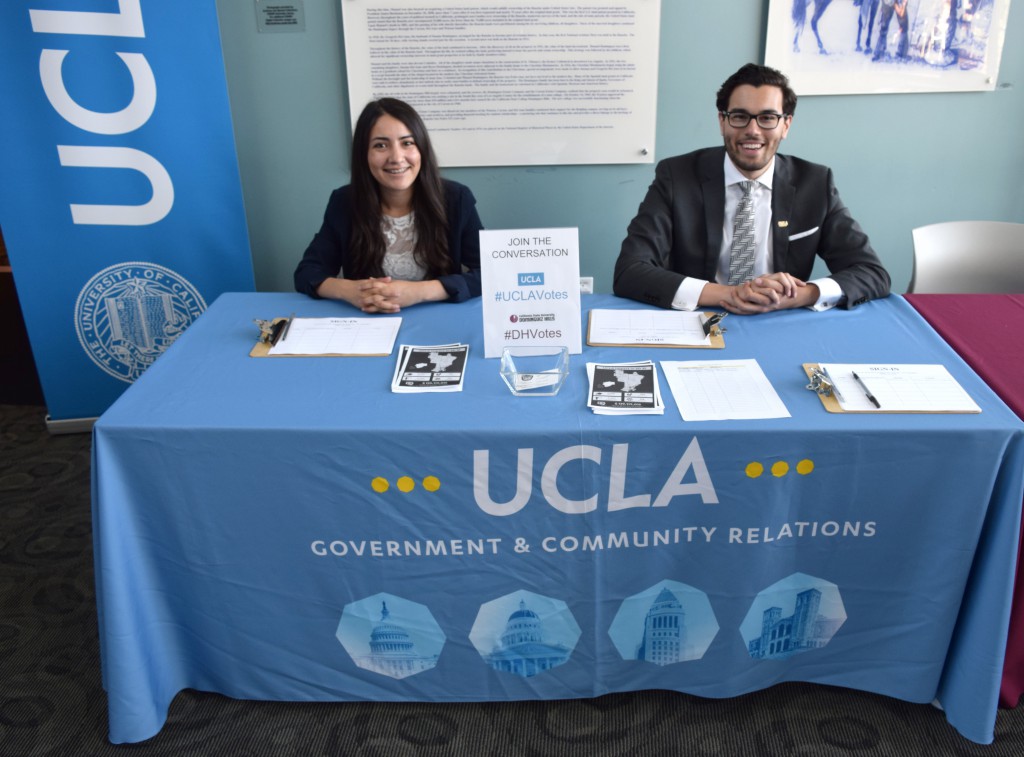 UCLA interns Daisy Paniagua-Uribe and Jacob Jauregui greeted attendees with helpful smiles, passing out information on UCLA’s impact in the 35th Senate District footprint, and encouraging everyone to use the official election social media hashtag #UCLAVotes. 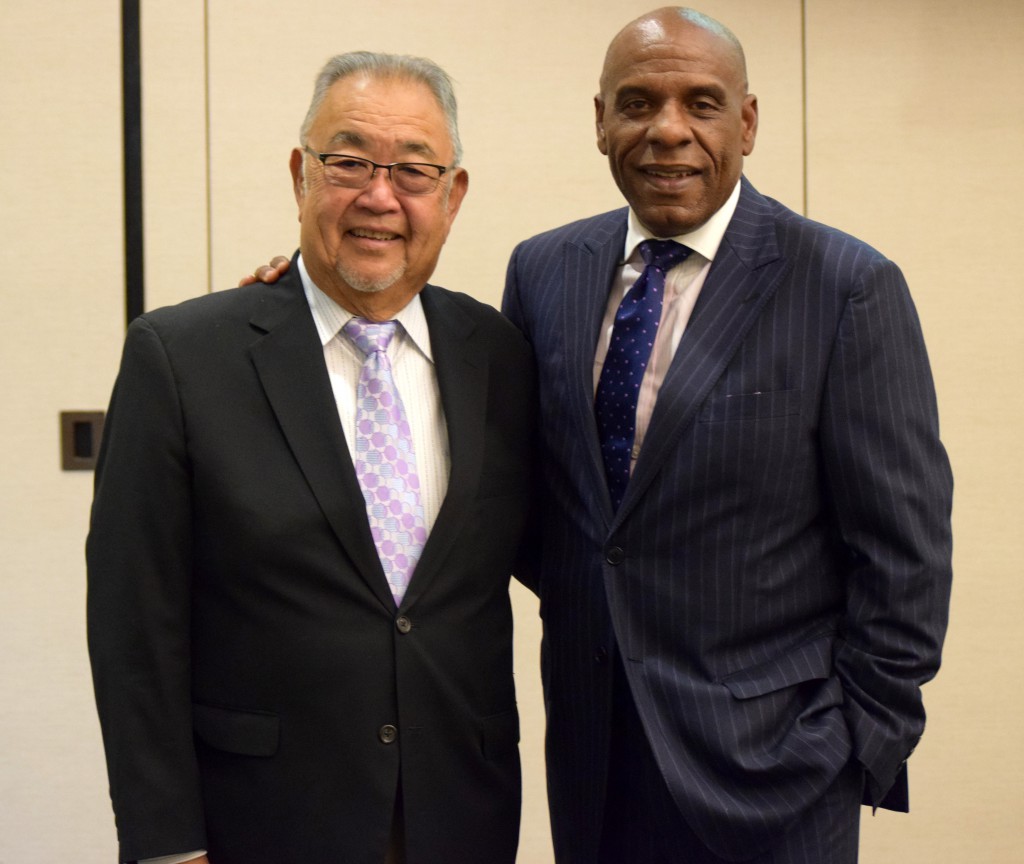 The candidates, both Democrats, were friendly and cordial before and after the forum. 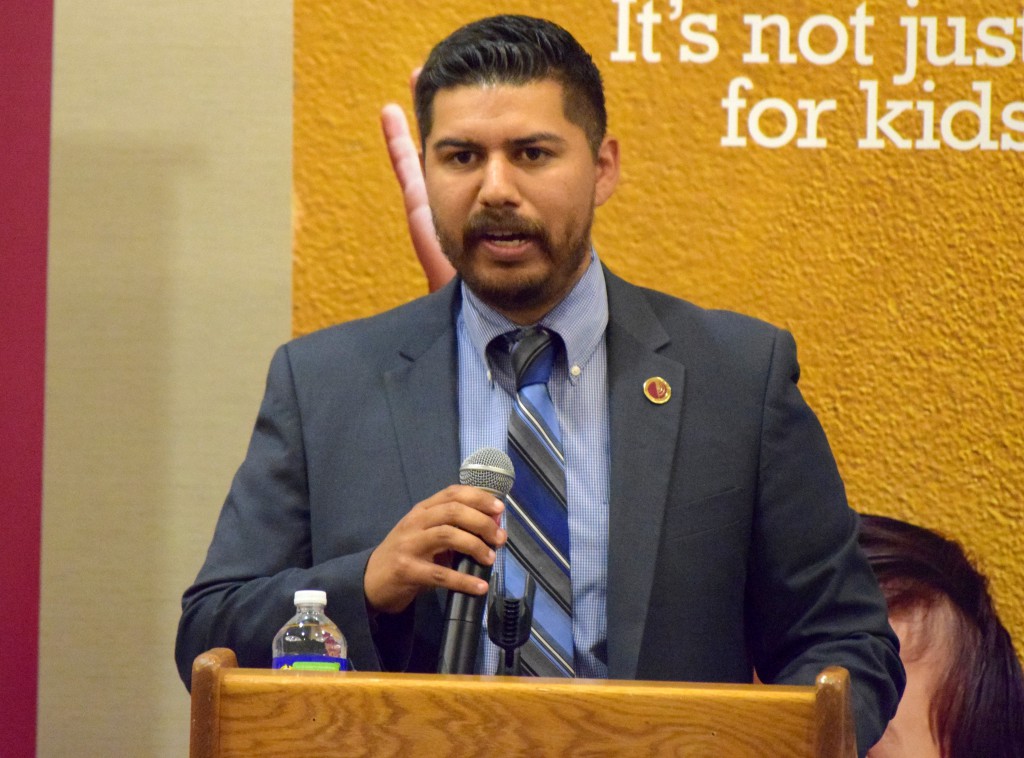 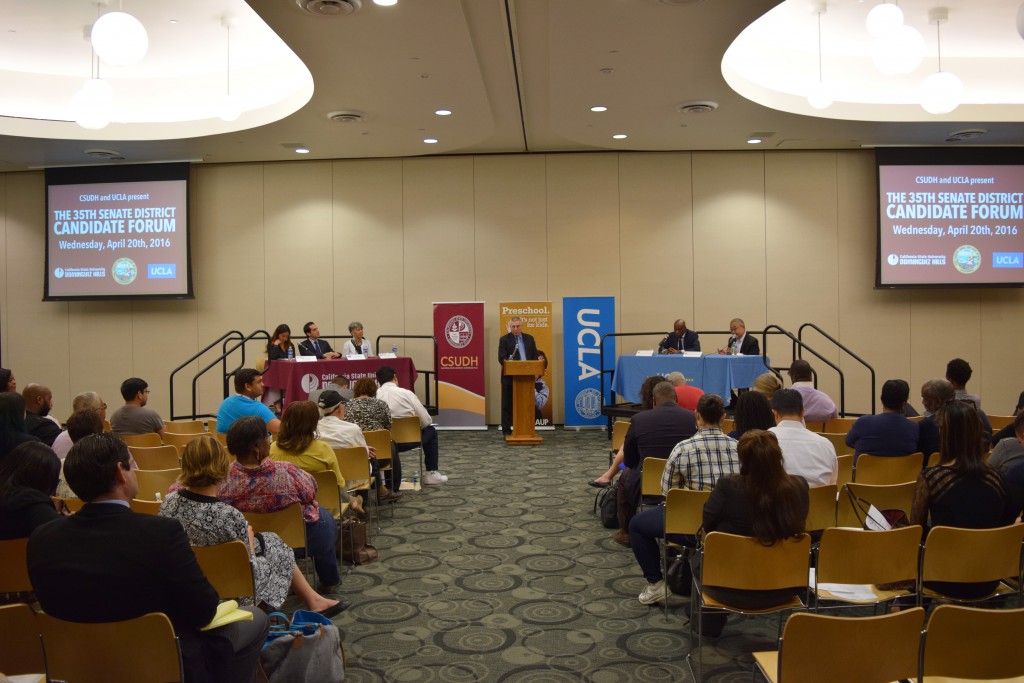 The forum was set up with a moderator and three panelists who asked questions. Candidates were often allowed rebuttals, and questions were culled from experts before the event, and from members of the audience during the event. 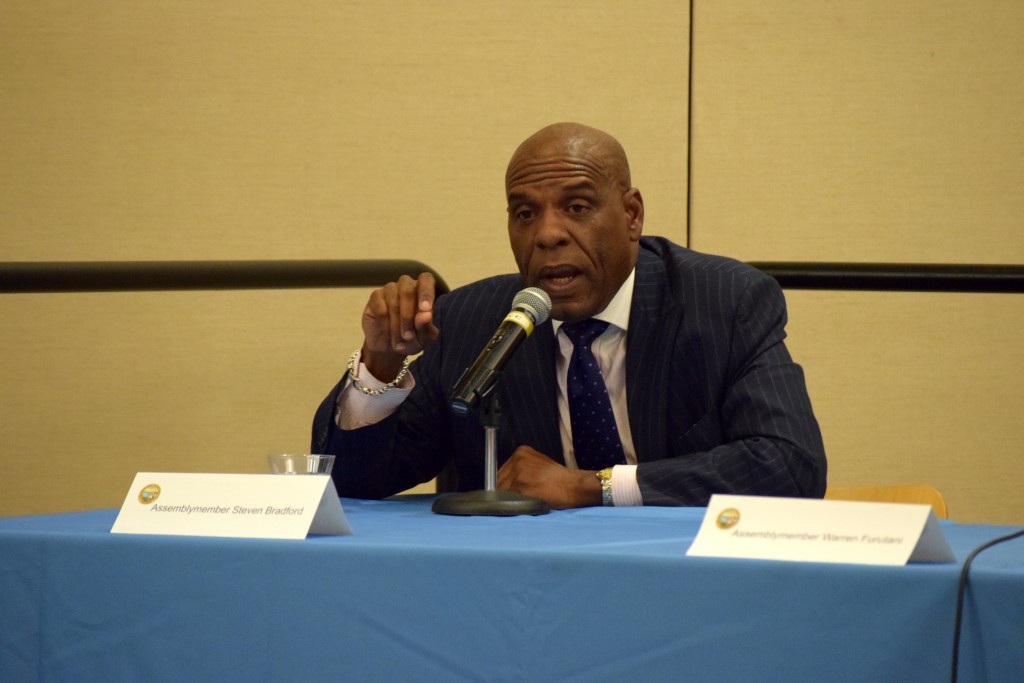 Bradford emphasized his attendance in the California State Assembly, commenting that he hasn’t missed one day of work. “Life is about purpose, not public position,” he added. He said that California needs to restore money not only to K-12 education, but also higher education. He added that racism, homelessness and poverty weigh heavily on his political platform. “I know this job doesn’t come with a magic wand, and I’m real enough to tell you how it is.” 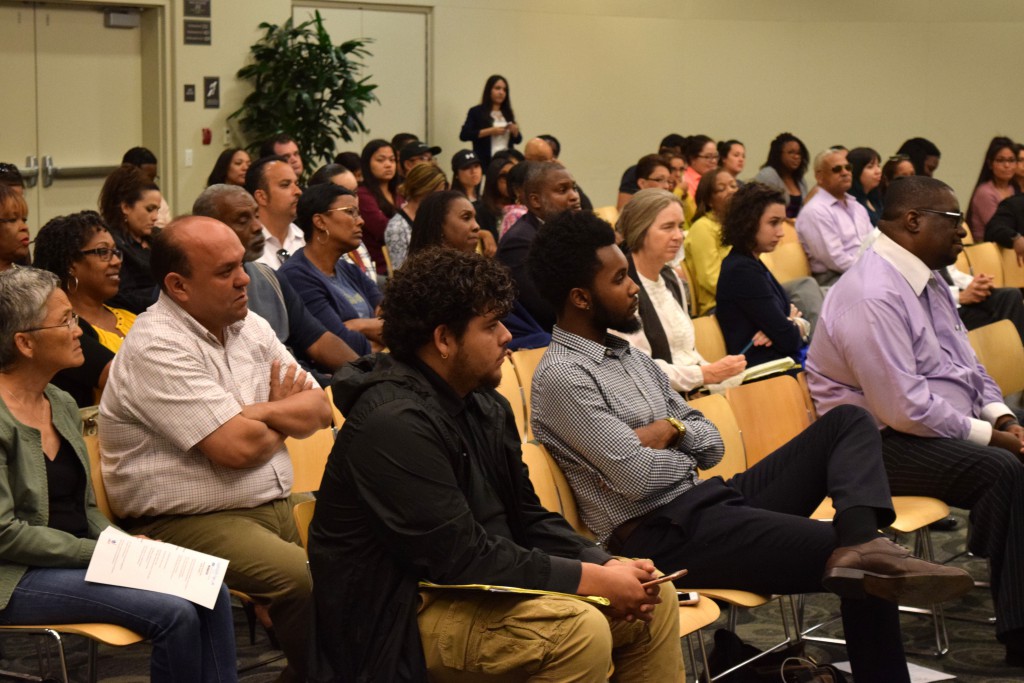 A large crowd that included community members and students gathered to hear from the candidates. 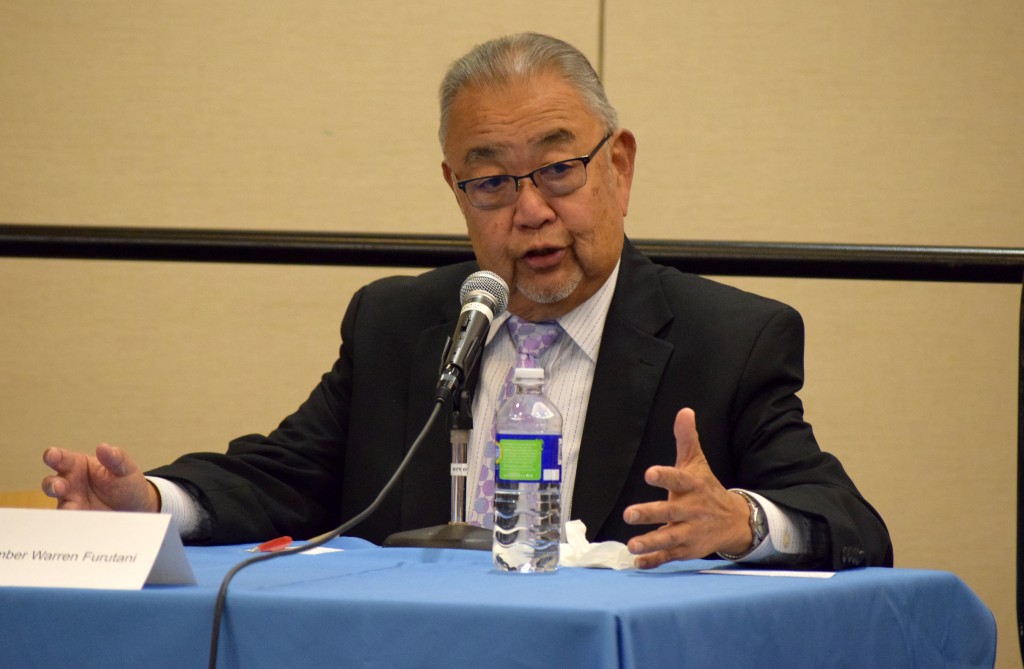 Furutani said that the state needs to reexamine and reinvest into education, and specifically higher education. “Education is the vehicle for moving from one place in life to another,” he said. He added that he was concerned about the number of prisons in the state versus the number of college campuses — the disparity troubled him. “An educated electorate and populace is a key to the democratic process,” he added. He also emphasized his four E’s: education, economy, environment and the elderly. 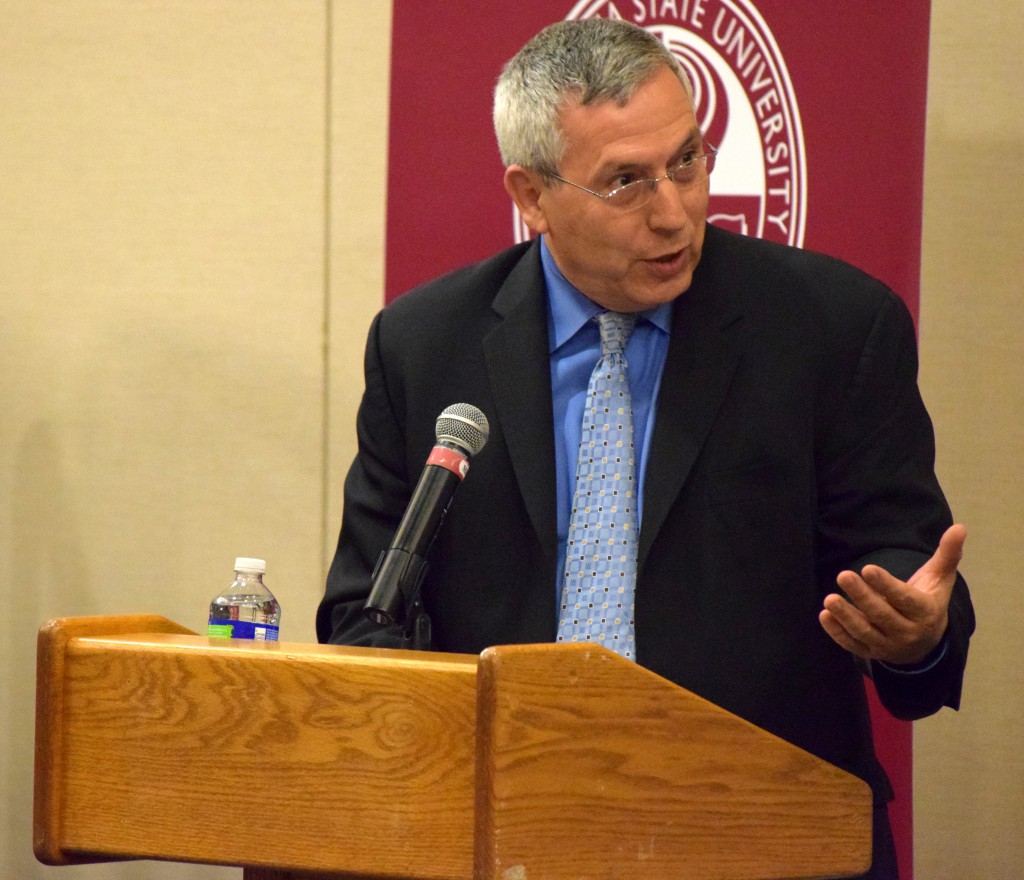 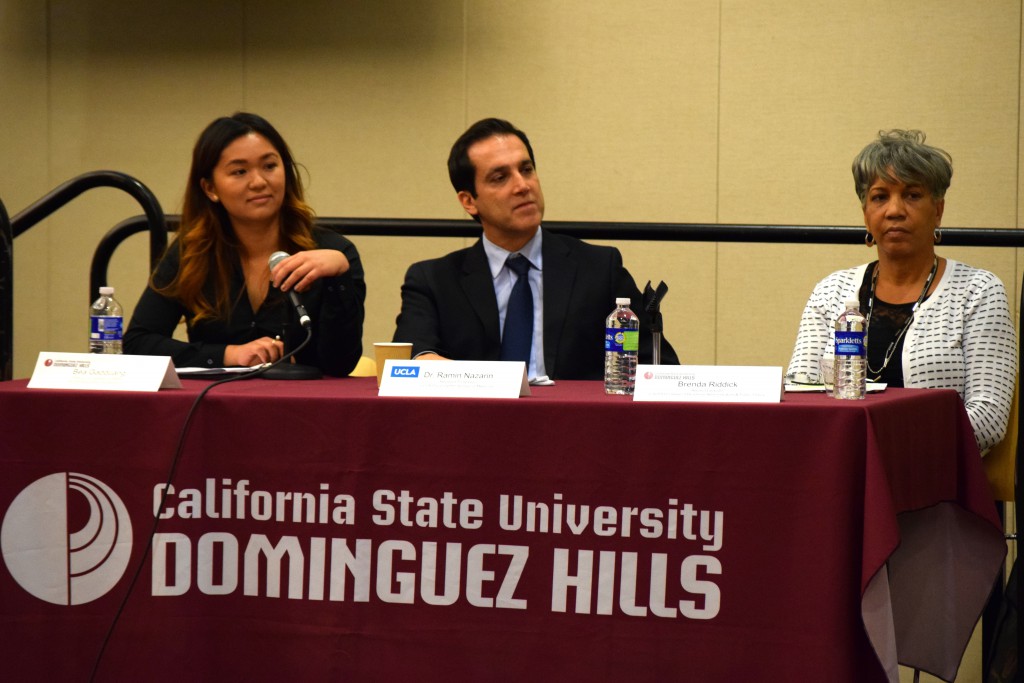 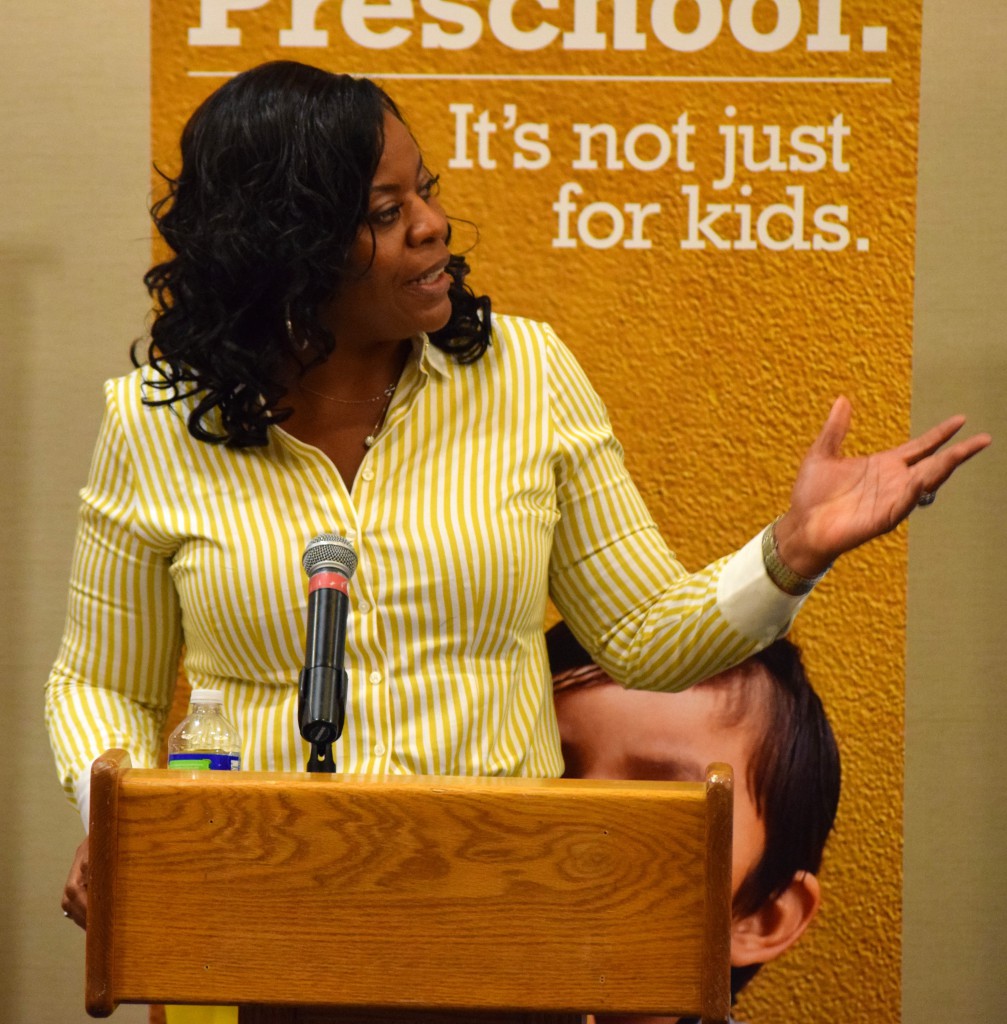 Los Angeles Universal Preschool was also a partner of the forum, and its Director of Community Engagement Amy K. Williams helped close the event out with a plea for educational support from the state government. 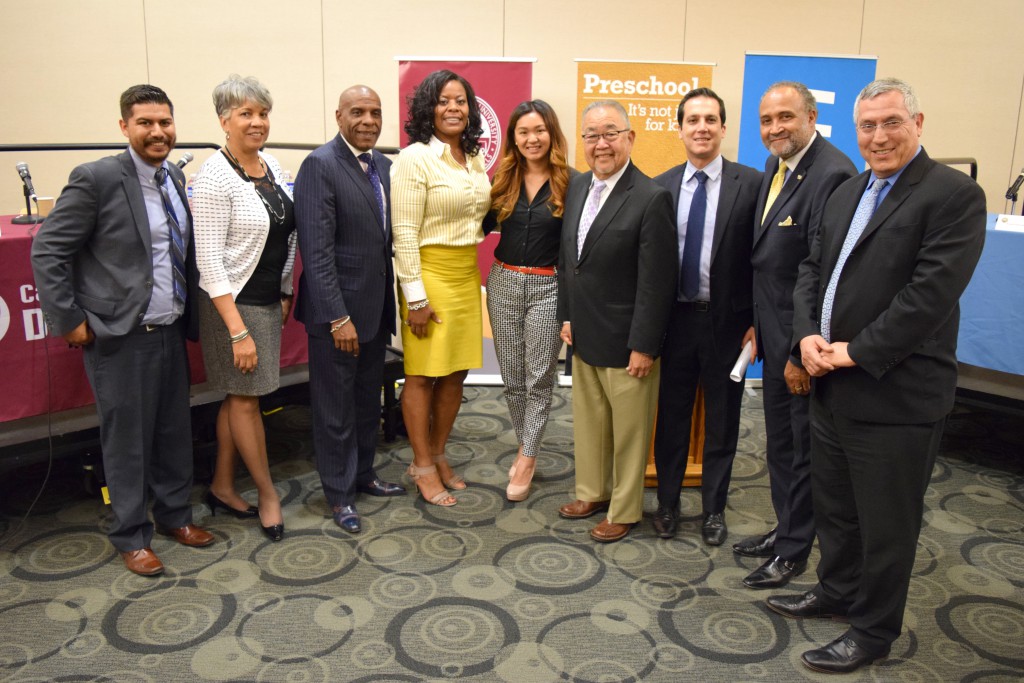