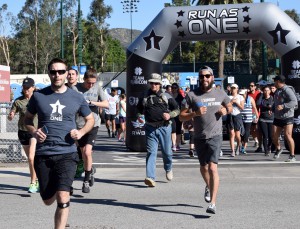 Runners from all backgrounds gathered April 16 to run a special 5K through the West Los Angeles VA Campus. (photo by Jonathan Van Dyke)

For the first time, Jackie Robinson Stadium played host to the Fifth Annual Run As One 5K — the start of a new partnership that organizers hope will elevate the veterans and community event to even higher levels.

Participants raised donations for the three main event organizations: Team Rubicon; Team Red, White and Blue; and Mission Continues. With its strong ties to the West Los Angeles VA Campus, UCLA stepped in this year to provide another partner in what is quickly becoming a community staple.

The purpose of the run is to bring together veterans supporters and organizations with a common focus to enrich, enable and empower veterans. 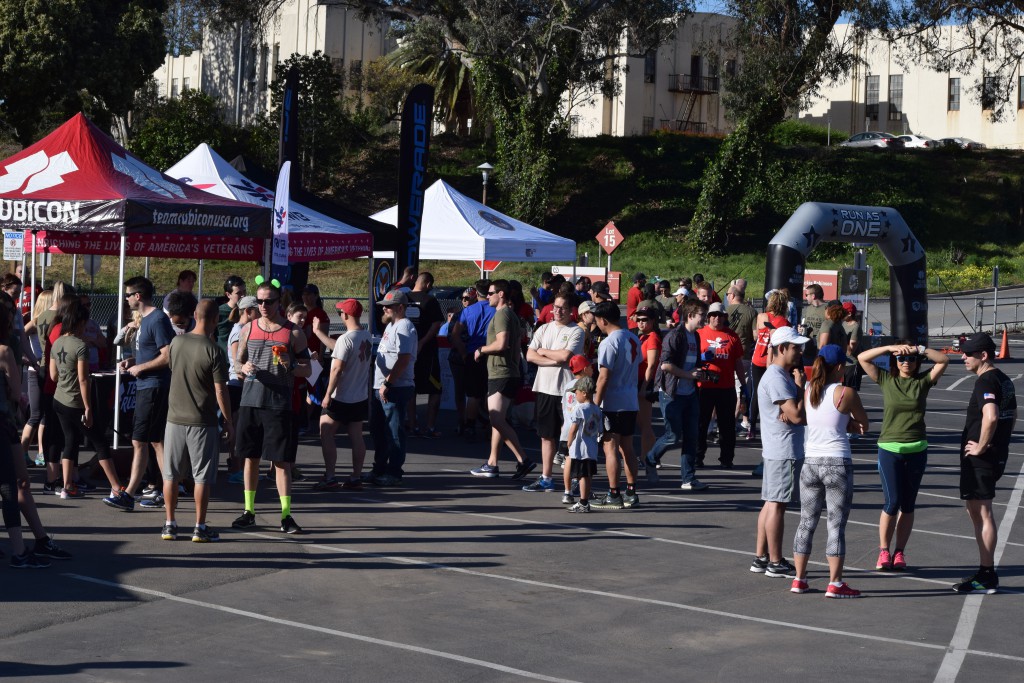 Runners gathered early at Jackie Robinson Stadium on Saturday, April 16, for the Fifth Annual Run As One 5K. 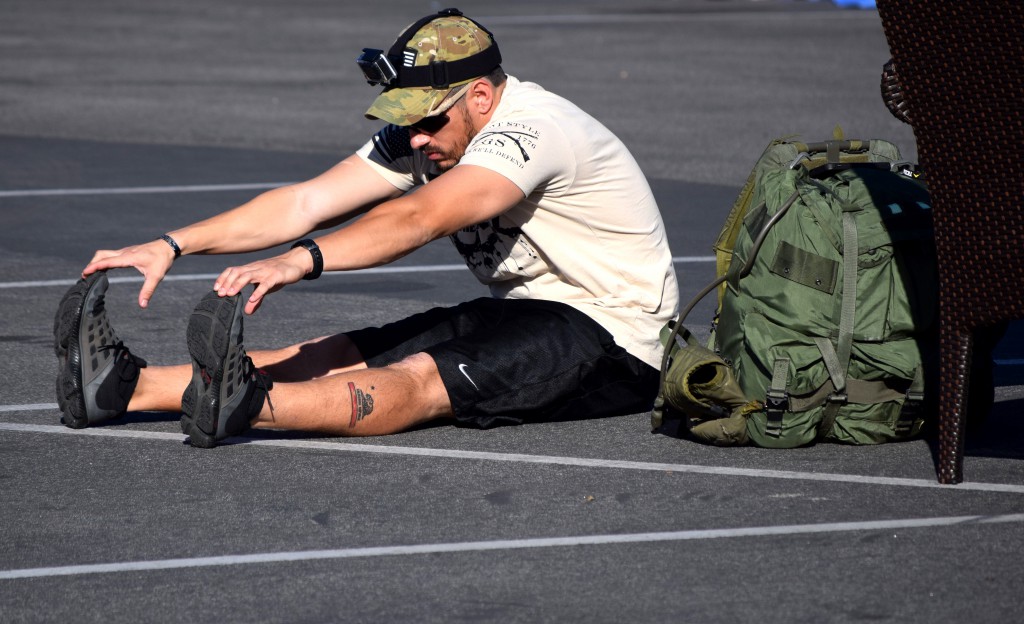 Team Rubicon, which gathers military veterans to help as first responders to emergencies, was the founding organization of Run As One. The run began as a way to honor Clay Hunt, who was a marine sniper partner of Team Rubicon co-founder Jake Wood. “He unfortunately lost the fight with suicide, so to remember that, once a year we link up with other veterans organizations and members of the community, and we go run to remember Clay,” Run As One co-founder Patt Ross III said. 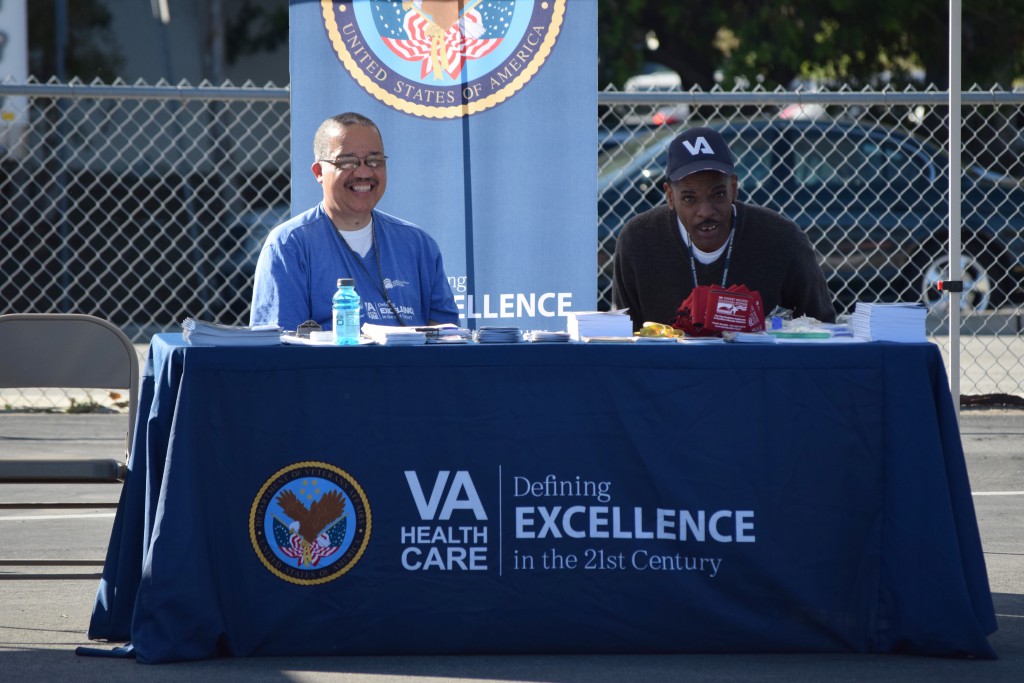 Beyond the main partner organizations, many other groups set up information booths. “We’re trying to transform it into a very open community event, as opposed to just three organizations running three miles,” Ross said. 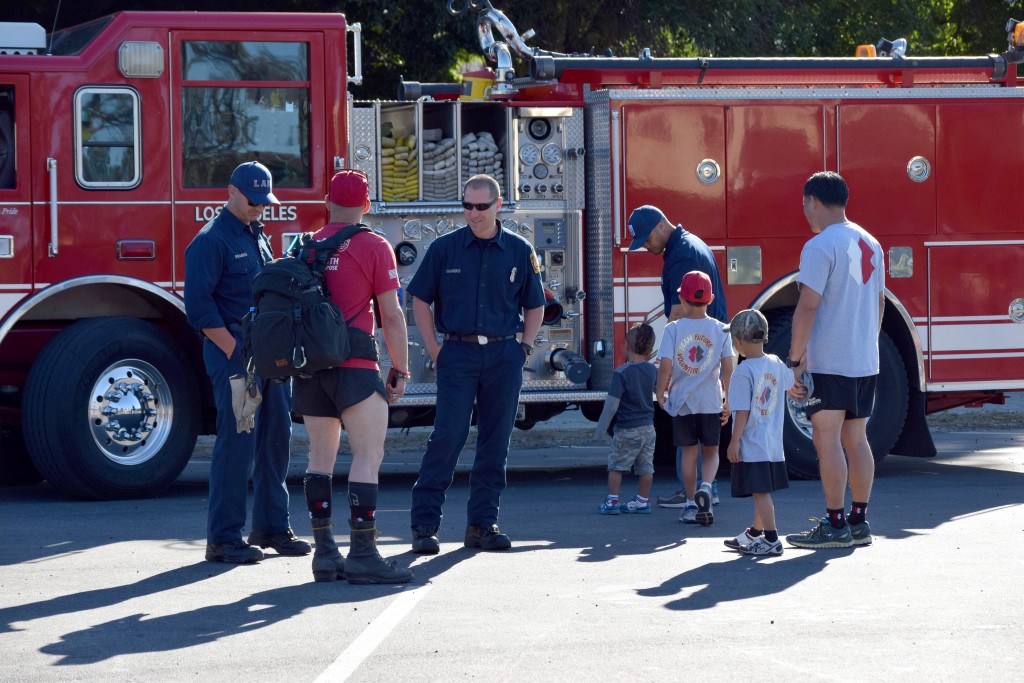 The Los Angeles Fire Department lent one of its engines, which was a big hit with children. 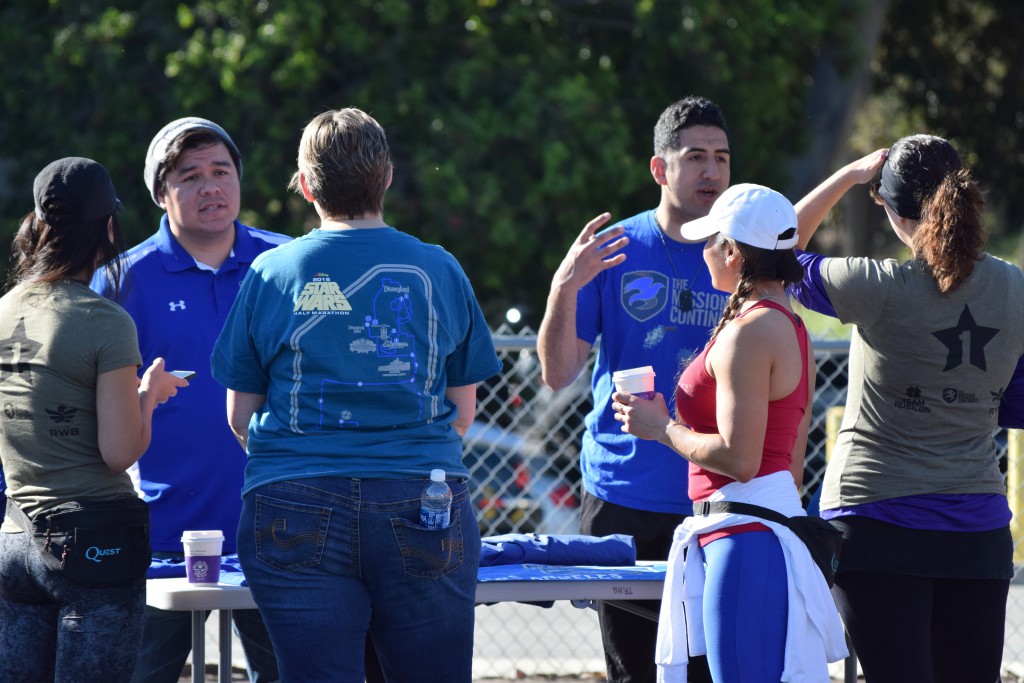 Mission Continues was one of three main partners for the Run As One 5K. 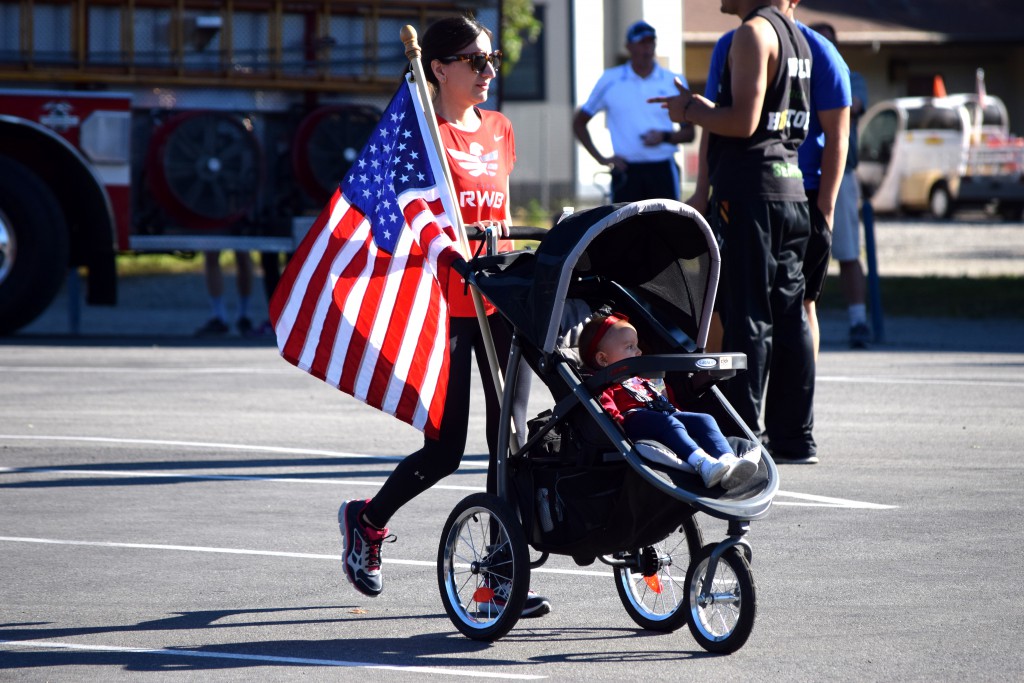 Many of the Run As One participants attended with flags and plenty of red, white and blue. 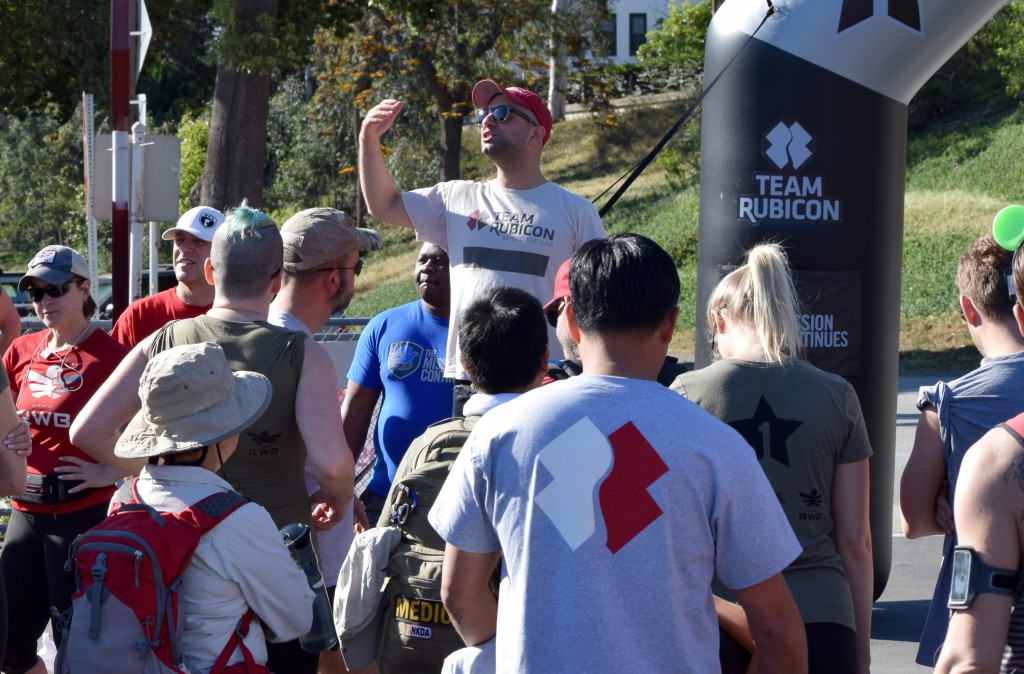 Team Rubicon’s Pat Ross III addressed the crowd before the start of the race. 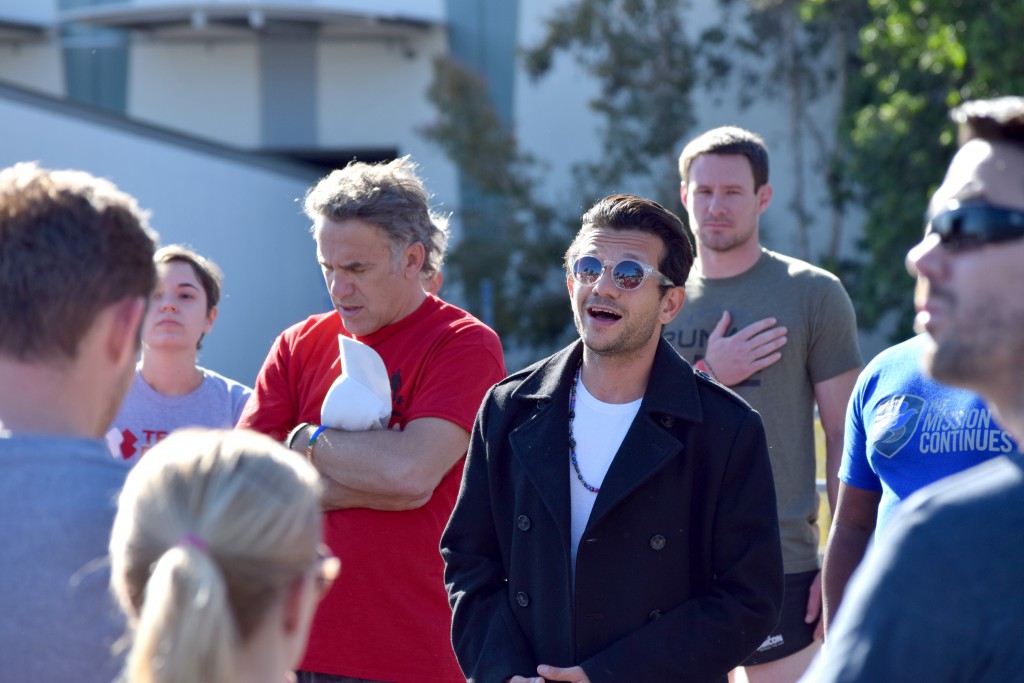 Runners took a moment during the National Anthem. 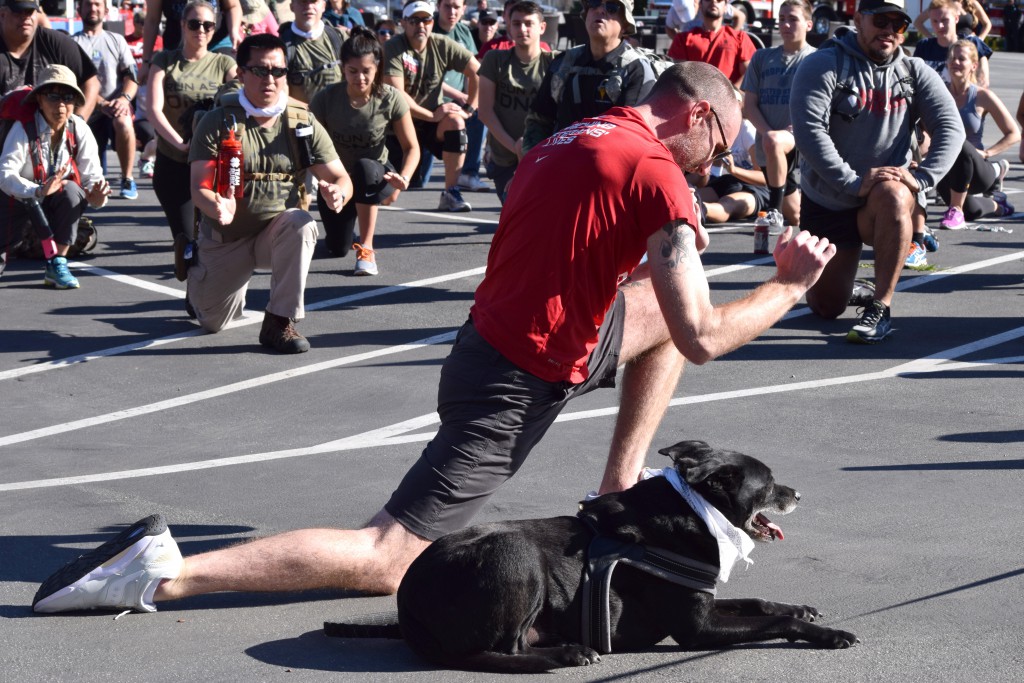 Runners were led in stretching right before the starting line. 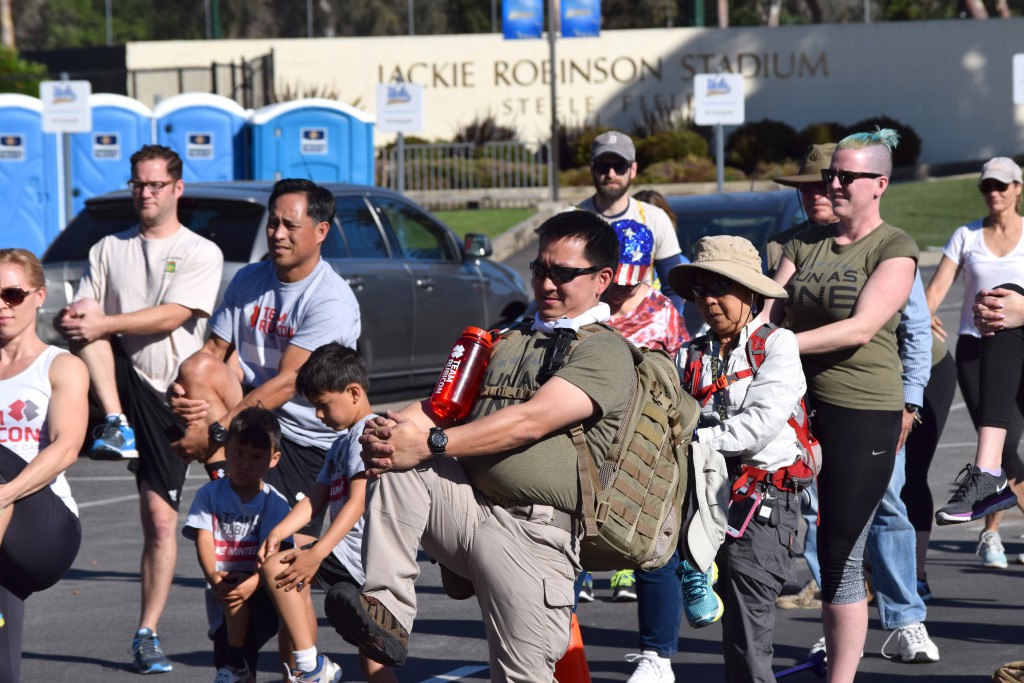 Organizers said that it was important to unite the veterans community and organizations. 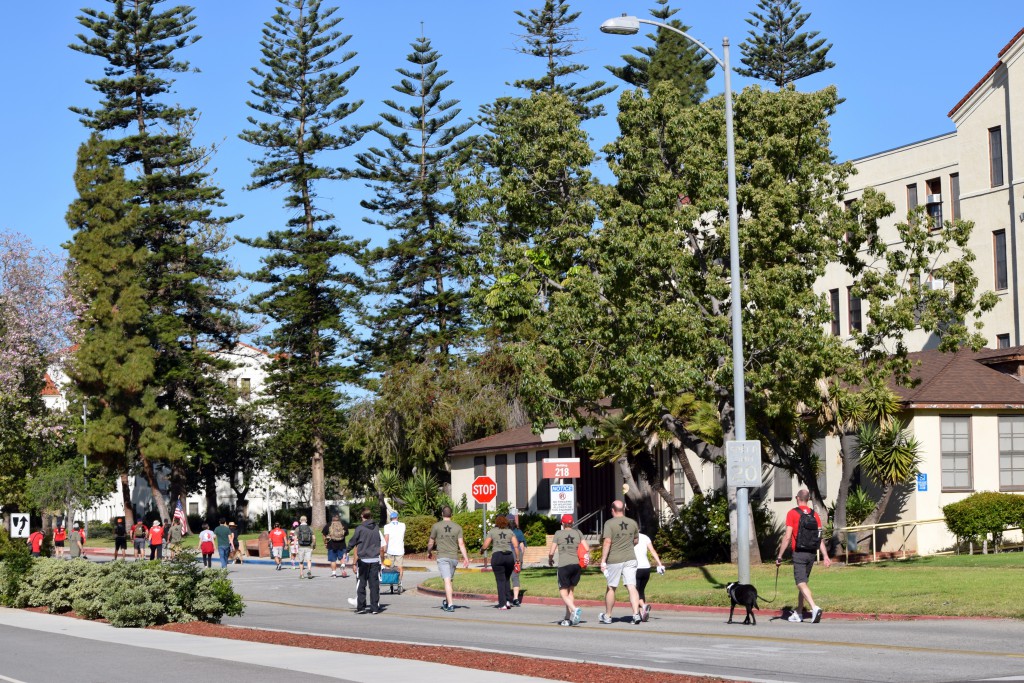 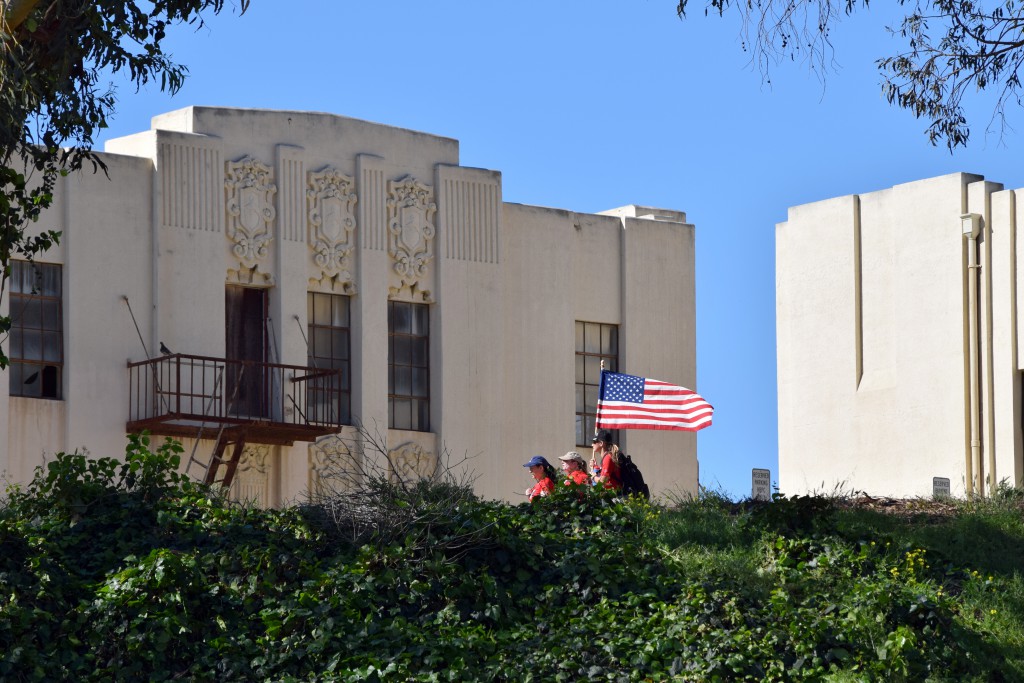 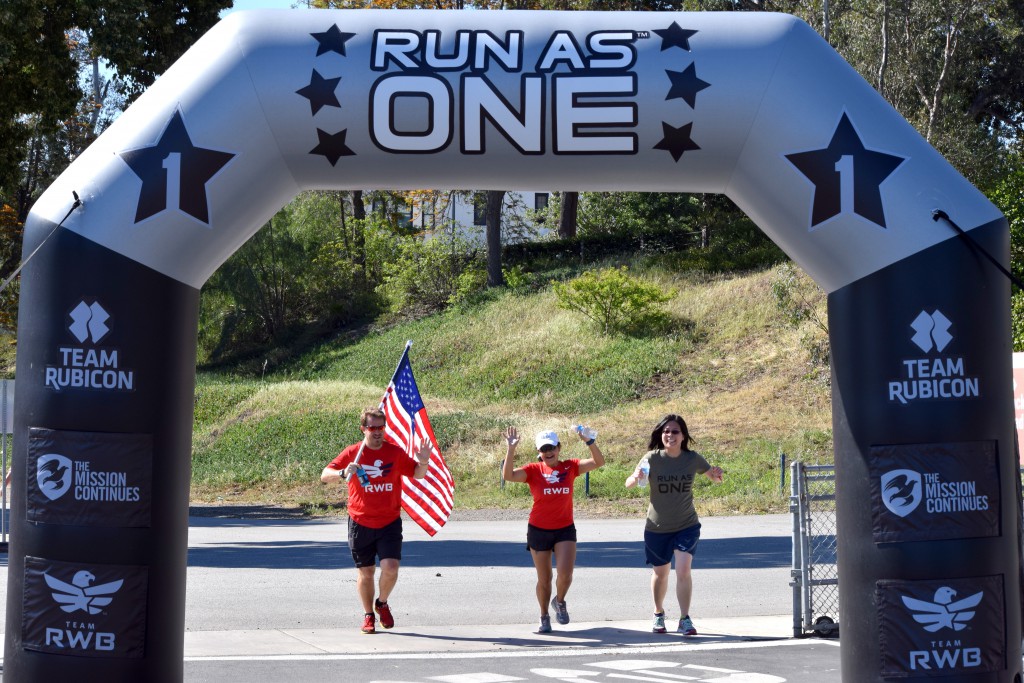 As runners trickled in, the post-5K celebration began. 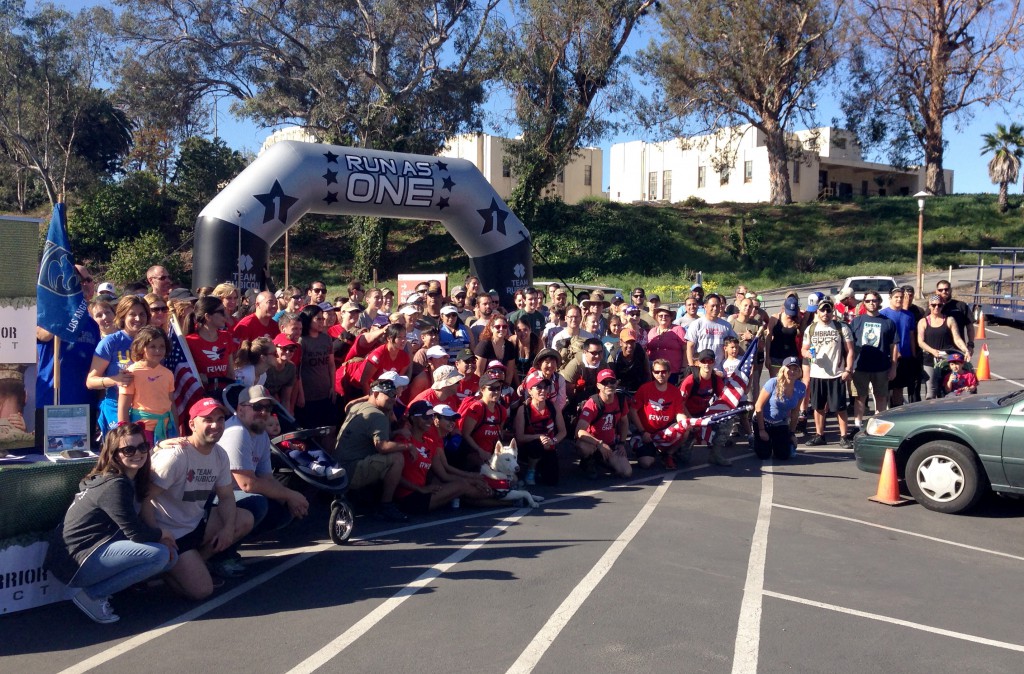 “The point is to get people together and sweat — and have a little bit of fun,” Ross said. “That is the most effective way to form bonds and true friendships with organizations who otherwise have no reason to hang out with each other. The hope is this becomes an inclusive event that really strengthens the community.”