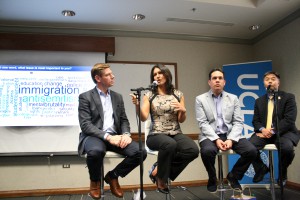 Four of the youngest members of Congress visited with UCLA students on Jan. 14, opening up a dialogue on student debt, voting habits, immigration and important research projects taking place on campus.

The members are part of the Future Forum, a group of 17 of the youngest Democratic representatives who have met over the last year with thousands of college students and young professionals across the country with the hope of building civic engagement and inspiring future leaders among millennials.

“We thought we were not doing a good enough job talking to the younger and future generation,” Rep. Eric Swalwell (D-Calif.) said as he opened up the forum in front of more than 75 students in Kerckhoff Hall.

The legislators encouraged students to text in words that summed up issues of concern. The projector at the front of the audience formed a word collage including: climate change, immigration, police, diversity, gender, security, affordability, wages, and bipartisanship — among others.

Swalwell asked students how concerned they were with the job market, and whether they would find jobs that paid enough to offset their debt. On the one hand, UCLA students graduate with very little debt compared to other universities (about $25,000 on average), but many admitted they would still struggle with student loan debt and high cost of living in the cities where good entry-level jobs were available. 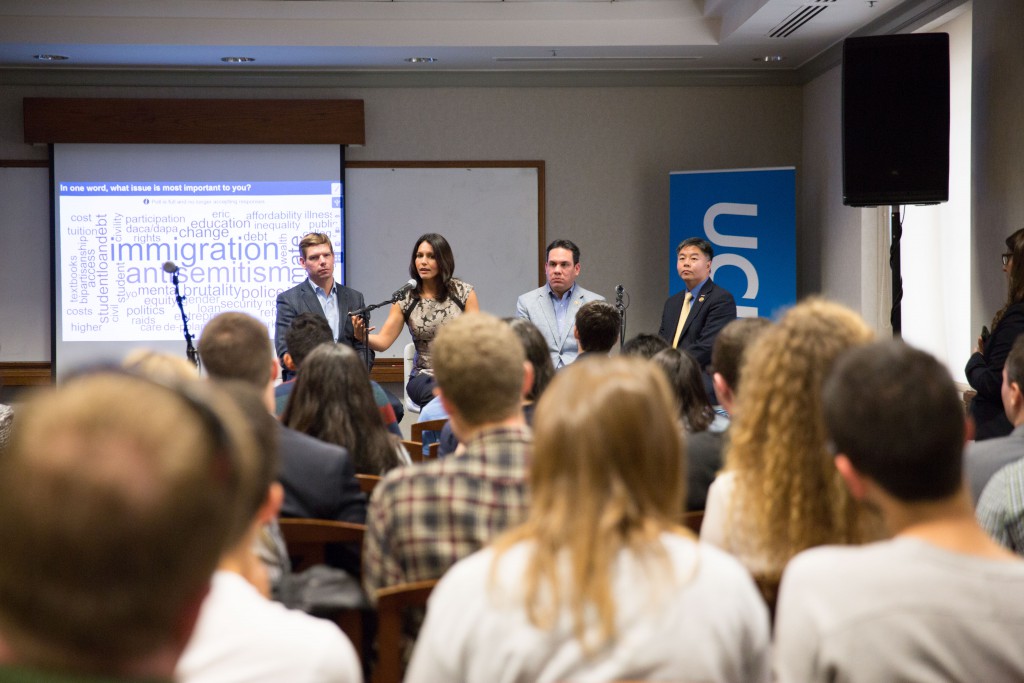 More than 75 students attended the Future Forum at Kerckhoff Hall. A projection displayed words and issues of concern texted by the students. (photo by Joanne Leung)

Swalwell noted that he saw the millennial generation (born 1982-2004) as optimistic, but less entrepreneurial, and less likely to own a home — a category the lawmaker said he, himself, fell into. It would be up to voters and legislators to try to solve these issues.

Rep. Ted Lieu (D-Calif.), who represents UCLA, noted that he was on the 25-year plan for paying back student loan debt. He said Congressional members have worked on a law to help with re-financing student loan debt, but the current makeup of Congress isn’t prepared to pass it — this is where the millennial generation must be heard.

“If millennials would simply vote, you’d have a sea change in Congress,” he said, noting that millennials had a 22 percent voter turnout during the 2014 elections.

Lieu added that millennials shouldn’t underestimate the power of being civically engaged — something as simple as a letter to the editor will likely breakthrough because newspapers aren’t used to hearing from new and fresh voices. He implored the room to get involved in any way possible, from simply voting to helping on the campaign trail. 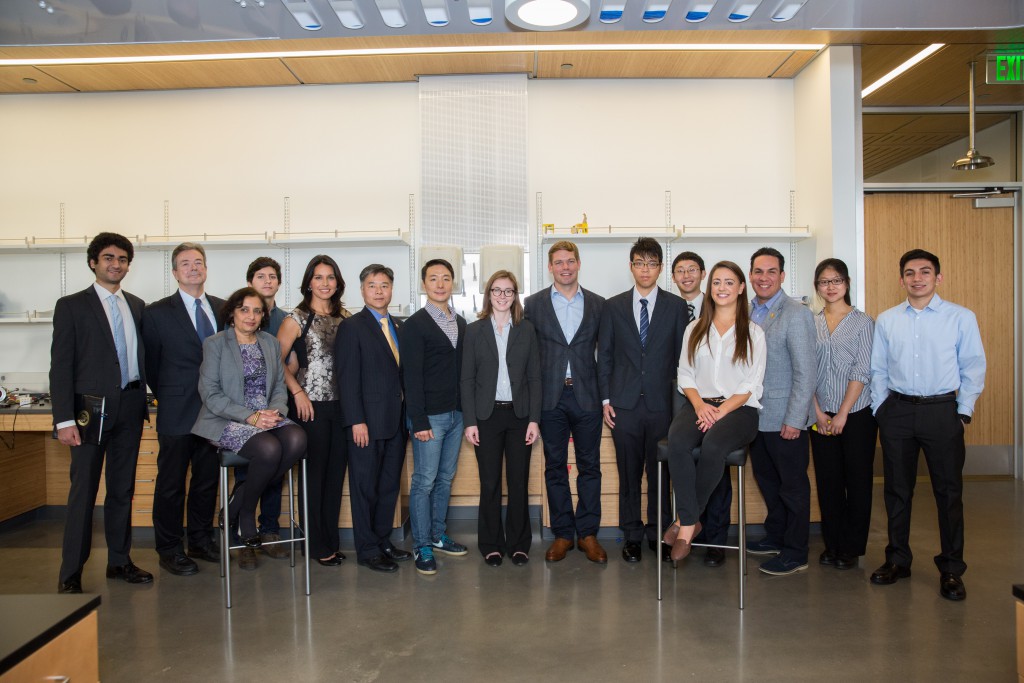 Regarding voter turnout, a student asked why voting can’t be completed online — the communication device of choice for his generation.

Rep. Pete Aguilar (D-Calif.) said voting online is about trusting technology, “All of us want to get there.”

“I’m not sure we can ever reach that,” Lieu said with disappointment.

The Congress members had a laugh about their approval rating — lower than head lice — but said they are genuinely interested in how to invigorate younger voters. 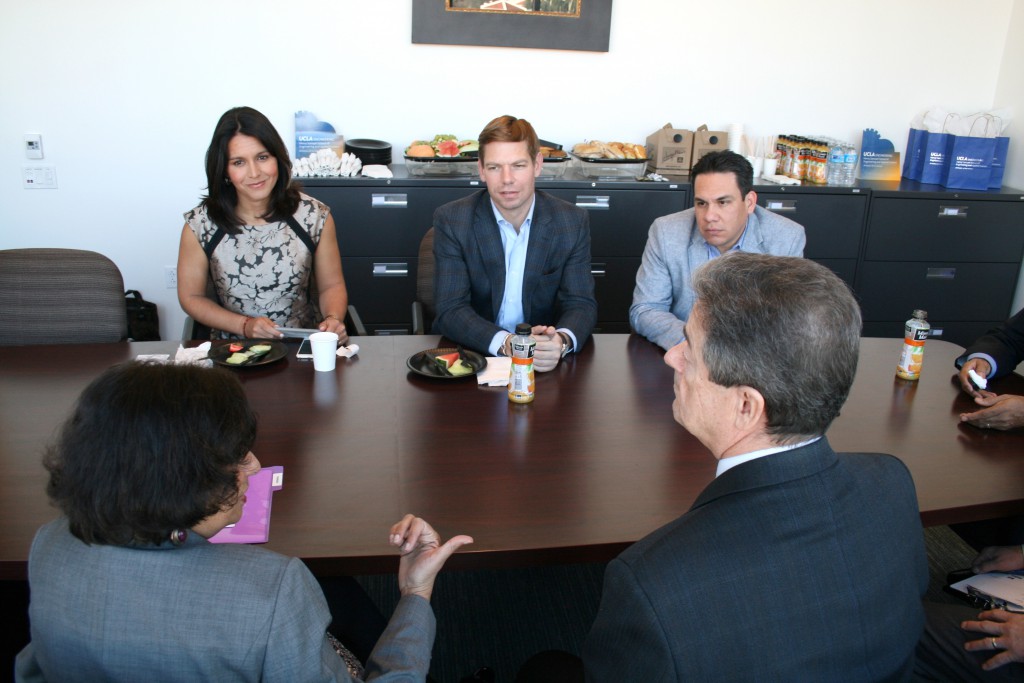 Students responded by saying they didn’t feel their voices were heard, and it was hard to cut through all the negativity surrounding Congress — from legislative impasse to political scandal.

Lieu countered that he hoped people have seen how money isn’t winning elections as often now — especially because the Internet makes it harder to be uninformed. The majority of the four panelists won their most recent elections despite being outspent.

Although they are all Democrats, the four Congress members said they believe bipartisan solutions are possible. 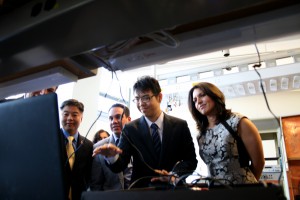 “We’re not very partisan as a generation,” Swalwell said.

Rep. Tulsi Gabbard (D-Hawaii) said there is more in common between Congress members than people let on, and said she hoped — as mentioned in President Barack Obama’s State of the Union — for criminal justice reform.

Students also gave a unified voice on their hopes for an inclusive and diverse America.

“There’s a lot of cultural misunderstanding,” student Antonio Henry said. Others noted their concern with deportations and immigration raids.

The Congress members said they were in favor of fixing the system and working toward immigration reform, which would help solve many immediate concerns.

“The basic stem of this is not having comprehensive immigration reform,” Aguilar said, noting that the piecemeal approach so far is un-American, and Congressional leadership has held back any substantive legislative opportunities. “There is bipartisan support … but we are not given that opportunity (to push legislation forward).” 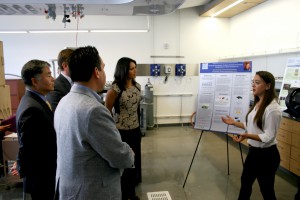 Engineering students, including Alexandra Polasko, spoke with the Congress members about sustainability, among other topics. (photo by Jonathan Van Dyke)

The forum concluded with the legislators urging students to stay optimistic, and to take the inherent enthusiasm they saw that day to become active and civically engaged.

“There is nothing more powerful than your vote and you voice,” Gabbard said.

Earlier that morning, the four members of Congress met with Jayathi Murthy, dean of the Henry Samueli School of Engineering & Applied Science, along with other school officials.

She thanked them for supporting federal grant funding that was important to a number of research projects conducted by students and faculty. Los Angeles, she said, was the perfect place to learn because it provided ample opportunities for important research to solve big city problems. She added that it was their hope to expand enrollment by 20 percent in the near future.

Swalwell, Gabbard, Aguilar and Lieu then met with engineering students for about a half-dozen special presentations on research regarding groundwater, energy consumption, water sustainability, seismic characterizations, and polymers installed in helmets to help prevent concussions.

After the day was complete, members said it was a morning well spent.

“It really helps give us a snapshot view on what is top of mind for college students,” Gabbard said. “I think it shows that there are so many issues that the next generation wants to help solve.”

“We hear some recurring things. Whether it’s immigration reform, barriers from student loan debt — those are common themes and I think this group really reaffirmed those issues,” Aguilar said. “I learned a lot from it. Nobody wants to hear 30 minutes speeches from politicians. We want to hear what’s important to them.” 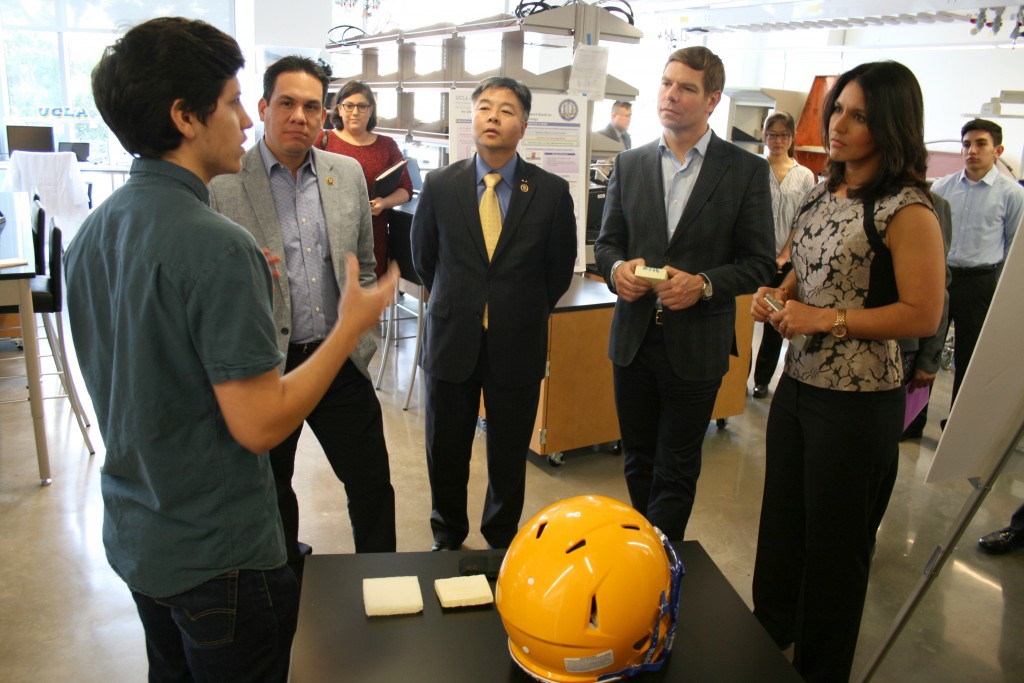 Student Brian Ramirez shows off a project that could lessen the impacts of football hits and prevent concussions. (photo by Jonathan Van Dyke)