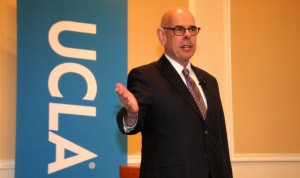 Former Democratic U.S. Representative Henry Waxman spoke about his years on Capitol Hill and the changes that have occurred in Congress over his four decades in Washington, D.C. (photo by Jonathan Van Dyke)

Former U.S. Congressman and current UC Regents Professor Henry Waxman is not ready to pull the plug on government, regardless of how negative the political climate and election season have become.

“I think Congress is capable of actually getting things done,” said Waxman, former Democratic U.S. representative representing Los Angeles, on Tuesday before a capacity crowd at the UCLA Faculty Center.

The Department of Political Science and Government and Community Relations at UCLA hosted the former congressman and UCLA alumnus at a public event where he talked with moderator Jeffrey B. Lewis, professor and department chair, about his 40-year career in the U.S. House of Representatives and how American politics have evolved during that time. He has two degrees from UCLA, a B.A. in political science (1961) and a law degree (1964). He retired from Congress in 2015,

Lewis drew a comparison between the Congress that Waxman joined 41 years ago and the legislative body today. “While the contemporary Congress may seem very familiar to those serving in 1975 — the year that Mr. Waxman joined Congress — there are some other ways that things may look very different that I want to highlight,” Lewis said. “The first thing you’ll notice is that Congress isn’t very popular right now.” 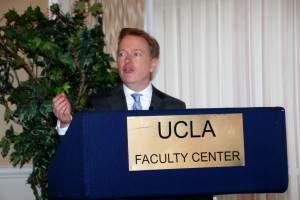 Actually, Lewis said, Congress has never been very popular since 1975, except during 9/11. Only 25 percent of the public approved of Congress during Waxman’s first year in office, and that number cratered to an all-time low of 9 percent in 2013.

Other changes include a decline in the number of Southern Democrats and military veterans in Congress (more than 300 veterans in 1975 versus about 80 now). Campaign spending has more than doubled, Lewis added, while the number of bills passed by Congress has fallen by about half.

“There used to be significant overlap of ideology between Democrats and Republicans that existed through the 1990s,” Lewis concluded. “That is no longer the case.”

Waxman lamented the dissolution of the political parties as umbrella coalitions that once worked to build consensus.

“Nothing passed overnight,” he said of the many bills he has been associated with, including the Affordable Care Act (ACA), Orphan Drug Act, Nutritional Labeling Act and countless others. “To get things done, you have to take the long view.” 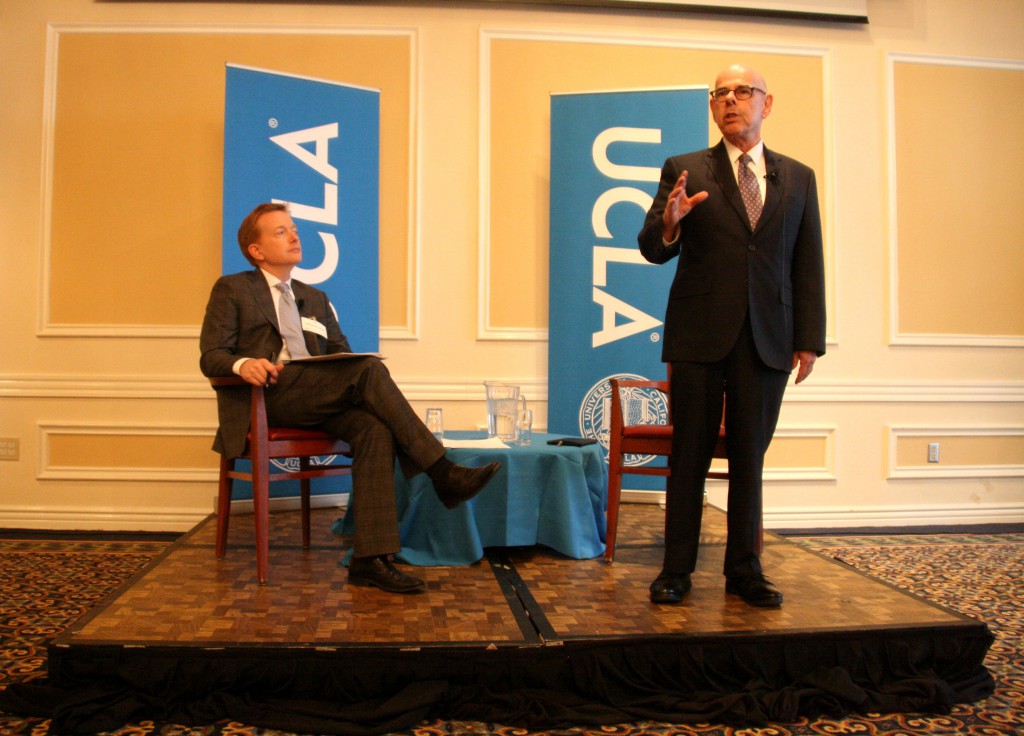 Waxman and Lewis addressed a crowd of about 100 at the UCLA Faculty Center. (photo by Jonathan Van Dyke)

Waxman said that he does believe partisan rancor has increased. The ACA was the first real bill of his that passed with little to no Republican support. “That may reflect the changes we see in Congress,” he added, noting the Republican Party’s unwillingness to work with President Barack Obama. “They were against him.”

During this year’s presidential election cycle, Waxman said he has noticed that some candidates — from both parties — have made gains in the polls based more on their convictions rather than on rational pragmatism or realistic and concrete policy. 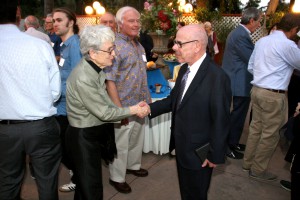 “Now we see [the] political party as a movement, as a way to work out grievances,” he said. “I still have hope for the government of the United States. But you can’t continually work to defeat one another.”

Waxman took several questions from the audience, including some who were especially concerned with health care and the ACA.

“It was a way to take a broken system and make it work for more people,” Waxman explained. He noted that other bills that have been just as complicated have eventually been revised. “It’s going to evolve in a lot of ways,” he predicted.

With regards to the shrinking number of veterans in Congress, Waxman said he hopes there will be enough political will there to take care of the men and women returning from combat. He said he believes people want to be more supportive of veterans than they were during the divisive times of Vietnam, and that Congress has a responsibility to act on that sentiment. 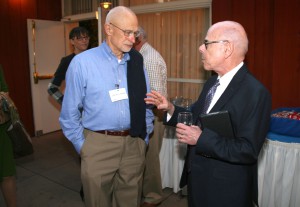 A small reception followed the conversation event where audience members could further discuss the issues with Waxman. (photo by Jonathan Van Dyke)

Waxman said that his family encouraged political conversation early in his life. When he arrived at UCLA, he found like-minded people who wanted to make a difference.

There are still opportunities today and reasons to remain optimistic, he told a law student in the audience, whether through a campaign, nonprofit or other means. “Don’t rely on others to make the decisions for you,” Waxman said. But get involved and find a place to advocate for causes you care about, he advised.

To become more involved in advocacy on behalf of UCLA and higher education, visit https://advocacy.ucla.edu/advocacy/join. 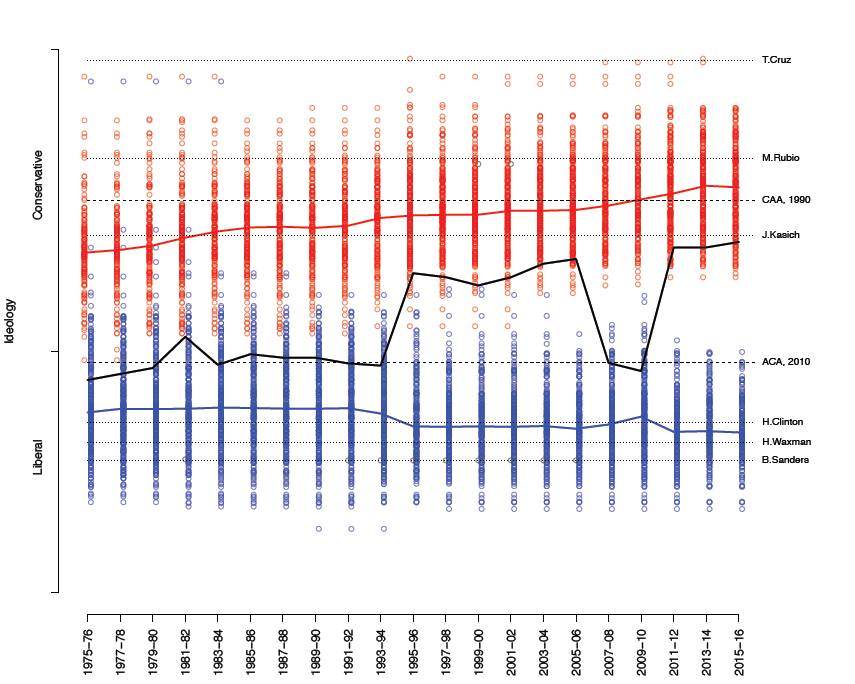 A special chart produced by Professor Lewis shows the political spectrum, from conservative to liberal, and how it has evolved in the last 40 years — specifically the disappearance of moderates. (chart courtesy Jeffrey Lewis)