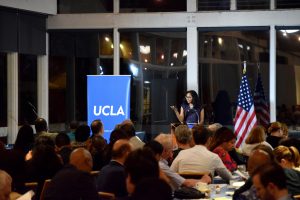 The California Governor is in charge of more than 3,000 appointments to more than 295 boards and commissions that span topics ranging from medicine, to water, and even the movie industry.

Civically engaged volunteer applicants are needed continually to fill these positions, and UCLA Government and Community Relations partnered with 54th District Assemblymember Sydney Kamlager-Dove to offer a special workshop for the campus community to describe the process of applying.

More than 200 people attended the special California State Boards and Commissions Appointments Workshop on Sept. 27, which was hosted at the UCLA Faculty Center. Governor Jerry Brown’s Appointment Secretary Mona Pasquil moderated. She and a panel of four current and former board and commission members introduced instructions for how to apply while answering audience questions.

Kamlager-Dove, while introducing the panel, said this workshop went hand-in-hand with the issues she cares about most as a legislator.

Interested people can visit www.gov.ca.gov to find out more information and begin the process. 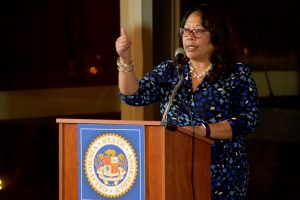 At least until Brown is termed out of office on Jan. 6, 2019, Pasquil is in charge of shepherding candidates through the appointments process. She wants it to be as easy and painless as possible — but that doesn’t mean she wants just anyone.

“If anyone has paid attention to Jerry Brown, he is not someone to put people on boards just because,” she said. “He asks, ‘Who’s voice is missing? Are they interested in this?’ Diversity of thought is very important, and having people from different parts of the mosaic of our great state.”

She gave out her direct line: 916-445-1915. “Don’t be shocked when I do [pick up]. I’ve had some people hang up.” She laughed, and then noted that when they call back, she probes them to make sure of their commitment. “Why do you want to do this? Think about it. Go to a meeting. What I would hope is when you call me, please be prepared. You can email me your résumé ahead of time.”

During the workshop, panelists took turns answering audience questions and imparting their personal experiences having served. The panel members included:

• UCLA Assistant Vice Provost for Graduate Education Samuel Bersola, who worked on the Awards for Innovation in Higher Education Program and the Early Learning and Care Advisory Council. He specifically noted his hopes for diverse representation, and specifically representation of Asian and Pacific Islander community — then he wound up on two boards.

• Zna Houston, who spoke about her time on the African American Museum Board of Directors.

• Alex Johnson, who gave advice from his time on the California Complete County Committee and the Racial Identity and Profiling Advisory Board. 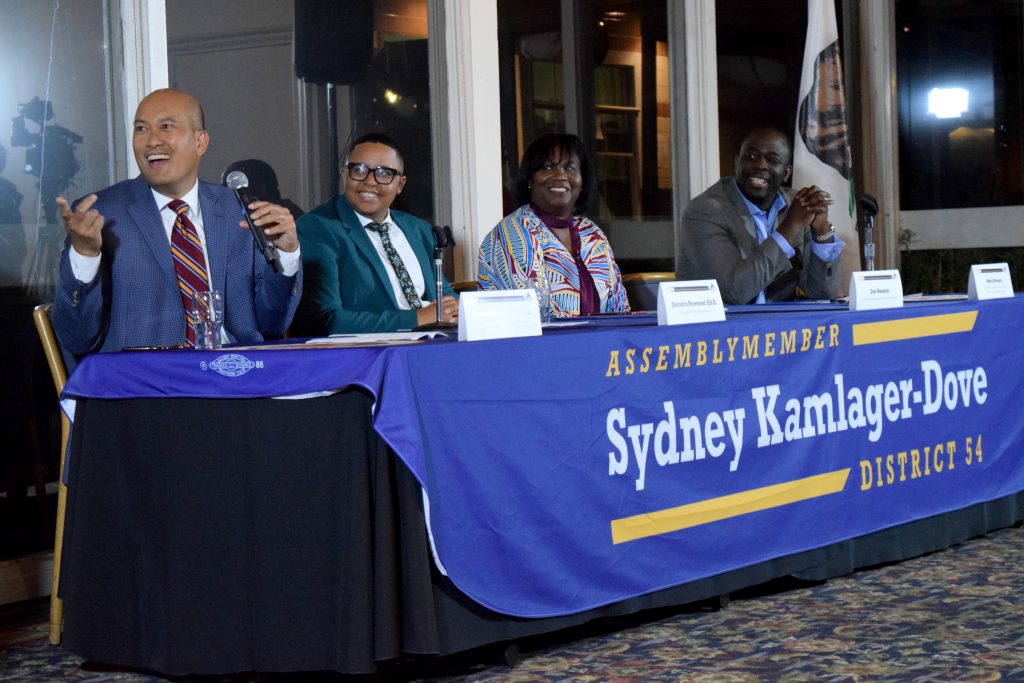 “We’re not asking you to agree with everything, but what we are asking you to do is to serve the state,” Pasquil said. “Think about the missing voice on every board, because that is one of my No. 1 priorities.”

There is an interview process. People are allowed to apply for as many boards as they want, but Pasquil told them to keep in mind that she is looking for passion on a particular subject. Letters of recommendation are asked for and Pasquil’s team will look into each candidate’s background.

Questions during the workshops included issues of conflict of interest, what to prepare for in the interview, time commitment and whether panelists thought their positions made a real difference (the answer: an emphatic “Yes”)

“If you make the commitment, know that we will help you the whole way there,” Pasquil concluded.

“Make sure you are willing to put in the time to do it right. Get on the website, apply and make sure you’re passionate,” Kamlager-Dove added. “This is what California looks like when we work together.”