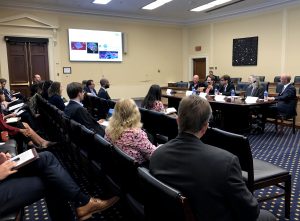 UCLA professors were a part of a special panel on quantum computing that was held at the House Science Committee Briefing Room in Washington, D.C.

To think of quantum computing is to think of solving problems that today’s computers wouldn’t be able to finish in a lifetime, or, perhaps, even a lifetime of an entire universe.

It is with that promise of scale, that UCLA researchers hosted a panel in Washington, D.C., to answer questions as the federal government grapples with how to keep up with this fast moving research.

On Sept. 25, the Quantum Computing: Exploring the Information Revolution panel discussion was held in the House Science Committee Briefing Room, where the panelists explored the current state of quantum computing technology along with potential opportunities for the field from the perspective of academic and industry leaders. 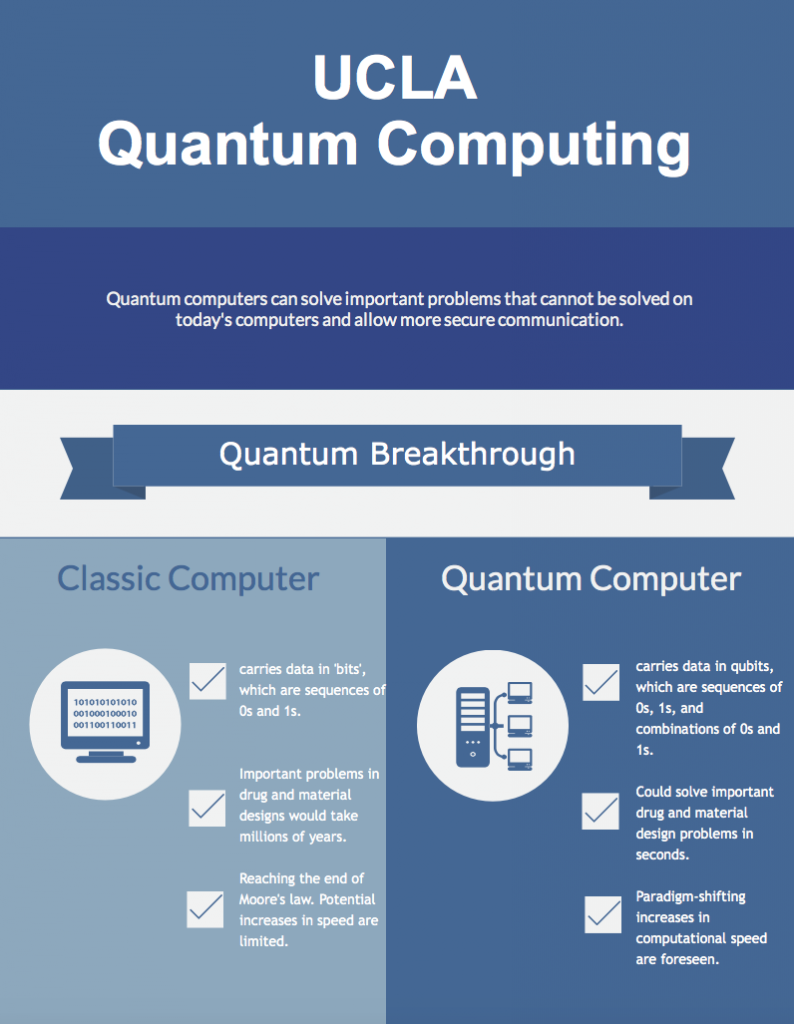 UCLA is at the forefront of this emerging research. Campbell and Hudson partnered to demonstrate the record-highest fidelity of a quantum bit — better known as a qubit — which is the fundamental building block of quantum computing and information processing.

“There is a lot of excitement right now about quantum computing because people have heard you can make faster computers this way,” Campbell said. “And part of what we’re trying to do when we were in Washington, D.C. was to explain some of the details of how that has come about and some of the limitations associated with that.” 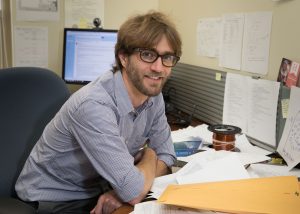 Quantum computing research is heavily tied to the federal government. Funding has been allocated from Intelligence agencies, Department of Defense, Department of Energy, National Science Foundation and others.

The science is still in its infancy, but moving forward at a steady pace.

“It’s at a very broad and very basic level, and it’s important that the funding reflects that if we want to make progress,” Campbell said. “It’s important to understand that this is at a basic research level. This is not even at an applied research level. It’s not R (research) and D (development), it’s all R.”

Still, experts said the race is on to advance in quantum computing — China is estimating it will invest $50 billion in the research. As far as quantum computing goes, Hudson said, it’s not a matter of if, but when.

“A large increase in funding is needed if we are going to keep up with the world,” he said. “We are going to have to up our efforts in this field if we’re going to stay relevant. This will be the next industrial revolution, if you will.”

Although quantum computing is not at the applied level, there are big ideas as to where the science could lead.

For example, quantum computing could lead to major breakthroughs in drug design. Right now, scientists make guesses and some calculations when it comes to developing drugs, and then conduct trials and tests.

“In principle, there’s no reason the entire thing couldn’t be calculated from start to finish,” Hudson said. “I could calculate some molecule, what it looks like, how it behaves, and how it will interact with some bacterium or virus — without making the drug. It’s just that right now the calculation would take the age of the universe. 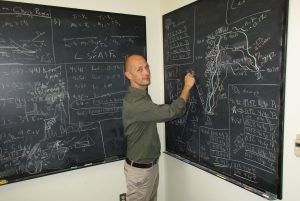 “The idea with a quantum computer is you could speed that up to a level that is practical, so the moment you think of a new drug, you just put it in the computer, you hit run, and you see if this drug is going to work or not without having to do any tests. That’s the dream, anyway.”

There are material designs that could also benefit from quantum computers, with anticipated applications in understanding superconductors and magnets. Quantum computing could also pay dividends in code breaking.

Essentially, it’s computing at a different level. “It’s taking something you could never do and making it into something you might be able to do in a day,” Hudson added.

Both Campbell and Hudson said they were heartened by the experience in Washington, D.C. and the energy, eagerness and enthusiasm by federal staff to learn about the process and where quantum computing is now, and what is needed for it to advance.

The UCLA researchers made it clear that their doors are open as a resource. “I was pleased with the level of sincerity and thoughtfulness that people were putting forward,” Hudson said. “I found it really encouraging, and it makes us very willing to do more of this in the future.”