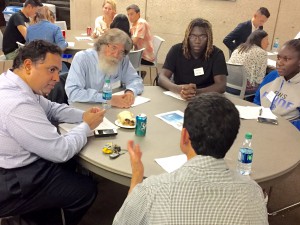 Approximately 30 UCLA students visited with UCLA staff and alumni in taking their first steps toward an enriching life of advocacy on behalf of the university and beyond.

After dinner, students were presented the many facets of UCLA Government and Community Relations (GCR), including the Volunteer Center, and then broke up into groups to strategize and role play potential future interactions with the elected officials impacting UCLA the most.

Advocacy Director Liz Boatright-Simon and student intern Daisy Paniagua-Uribe helped introduce a series of presentations to the students that would elaborate on the duties of UCLA Government and Community Relations. Topics included the state budget and how it impacts tuition, Pell Grant funding at the federal level and the UCLA Volunteer Center. 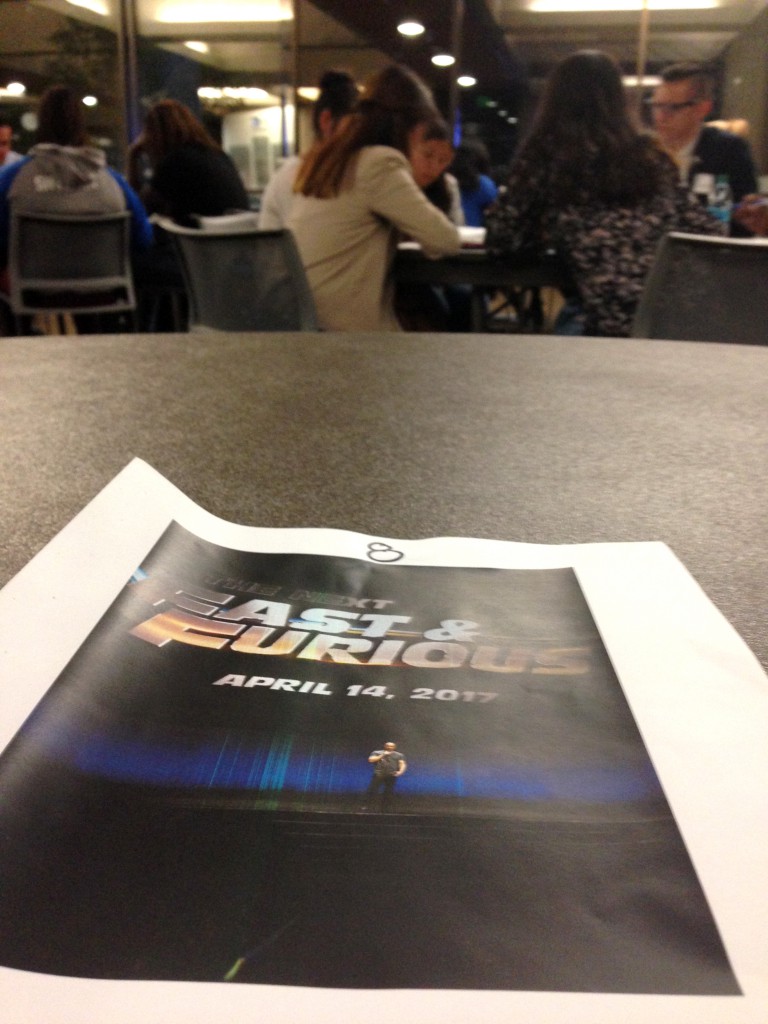 The workshop leaned on a “Fast & Furious” movie franchise theme, complete with table pairings signifying each meeting and fake elected officials with names based off of the movies. 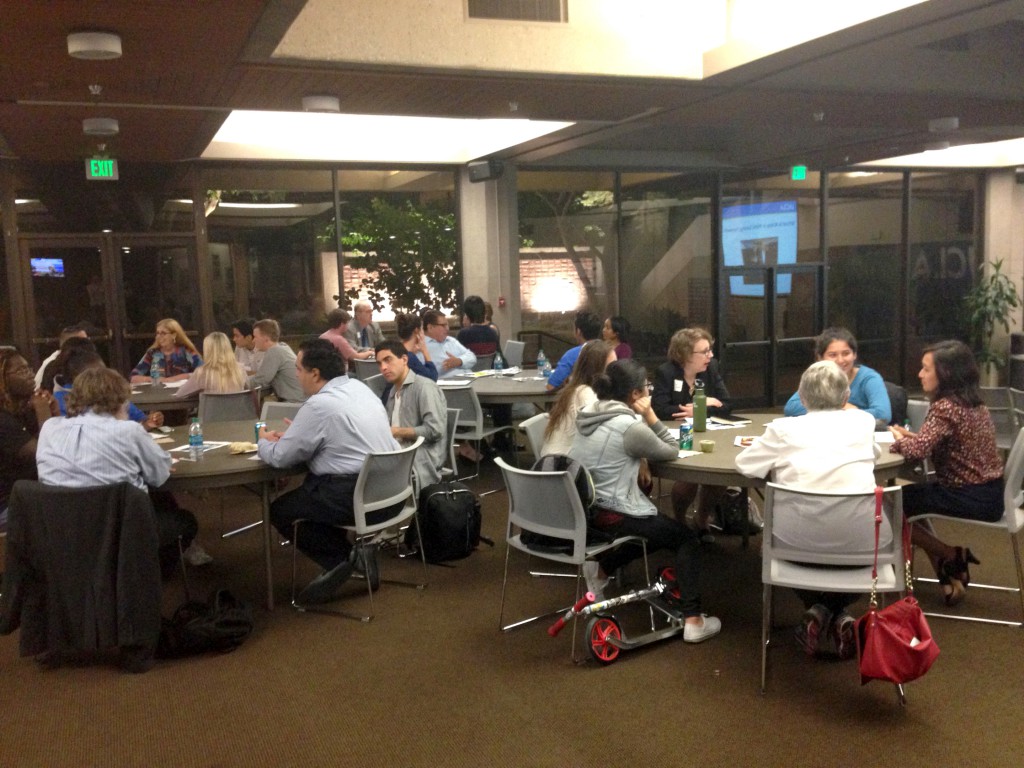 Once the initial presentations were completed, students, staff and alumni broke into groups to begin a strategy and role playing activity. 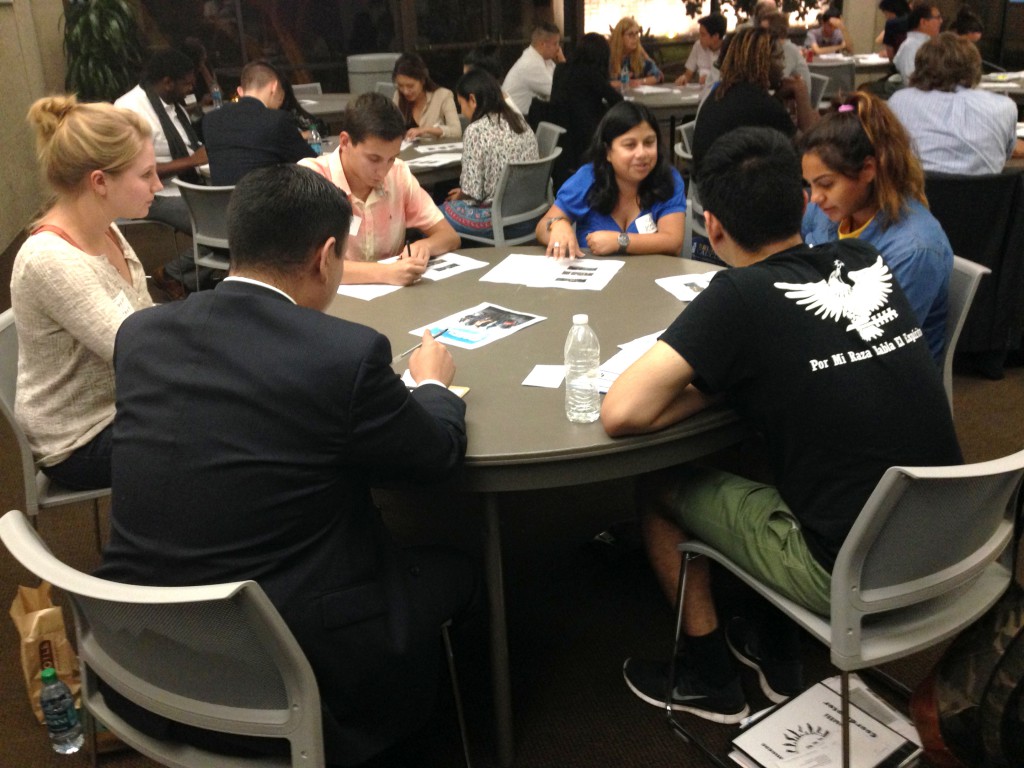 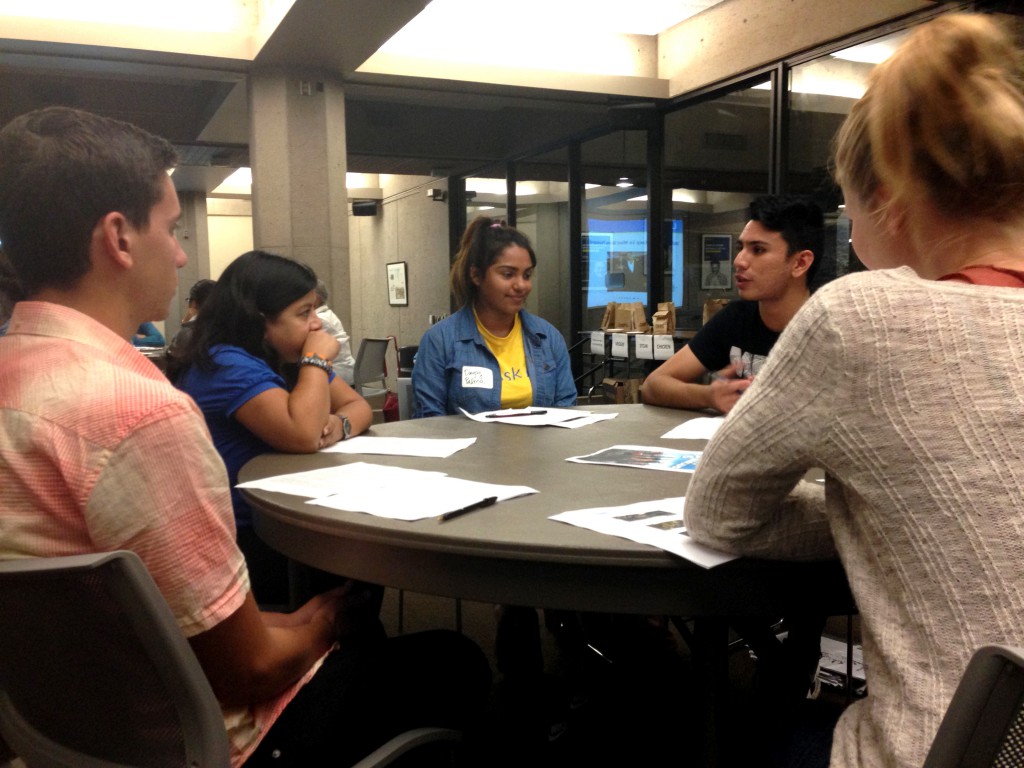 …and then Rafael Garibay took the opportunity to incorporate his experiences as a student during a role playing session where Madani acted as a Sacramento politician. “I really enjoyed being able to participate in role-playing with team leaders and other students who come from different backgrounds and experiences,” Garibay said of his experience. “As a collective, we were able to formulate strong arguments that were supported by our personal experiences. Not only were we able to humanize many of the issues UCLA students face, but we were also able to share them in a safe space. In addition, this workshop helped me sharpen my public speaking skills and practice for future advocacy efforts on behalf of UCLA and the University of California.” 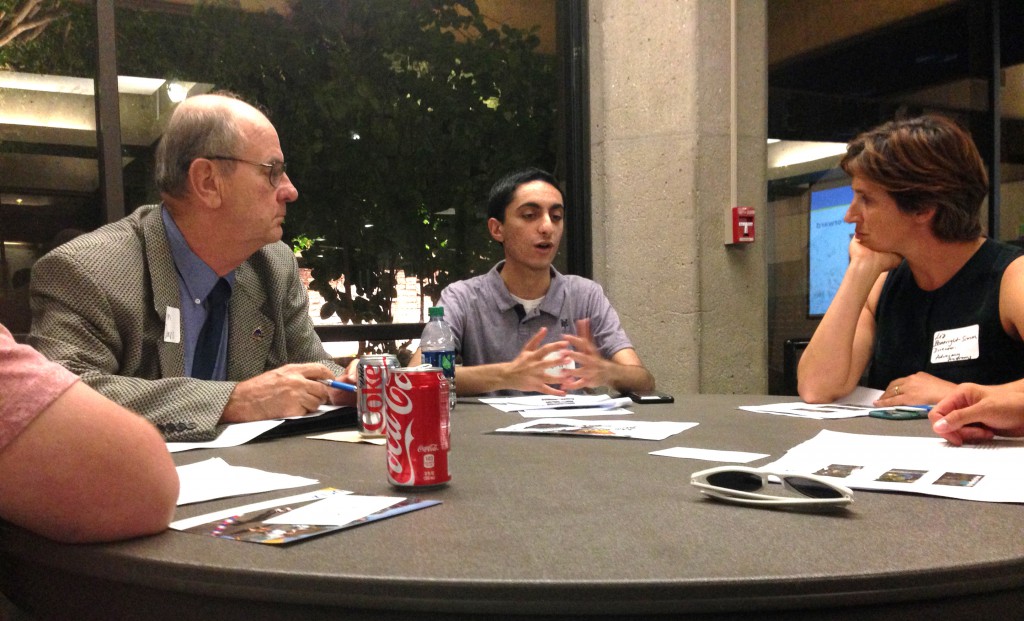 Aaron Boudaie explains his point of view as alumni advocate Jim Davis and Liz Boatright-Simon listen. “I had a fantastic experience at the workshop. I learned a great deal about how to lobby more effectively. Specifically, I learned about how to better cater to the individual legislator. I think it is great how UCLA works through opportunities like these to create active and prepared leaders on campus,” he said afterwards. 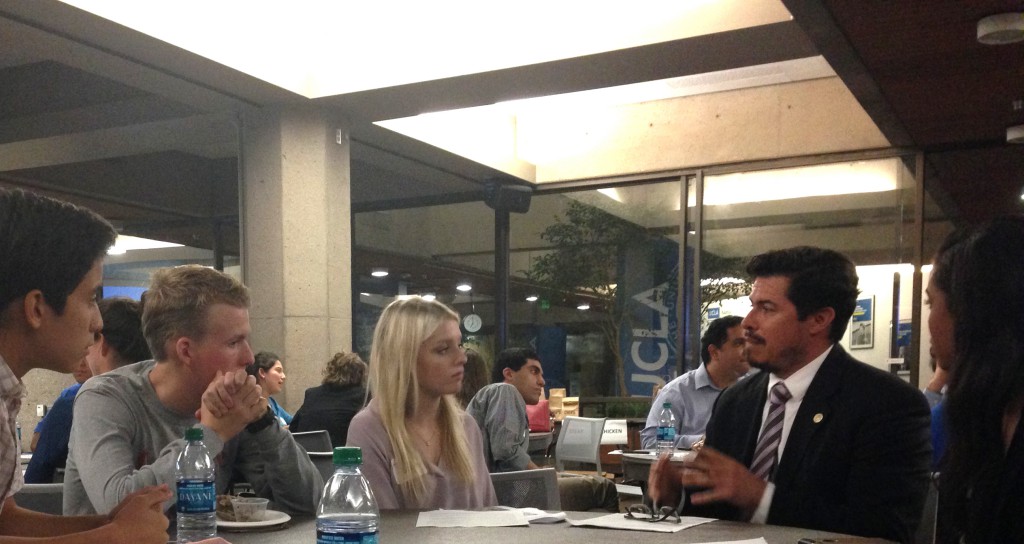 Andres Robles role plays a U.S. Congressman pushing back on some of the students’ requests. 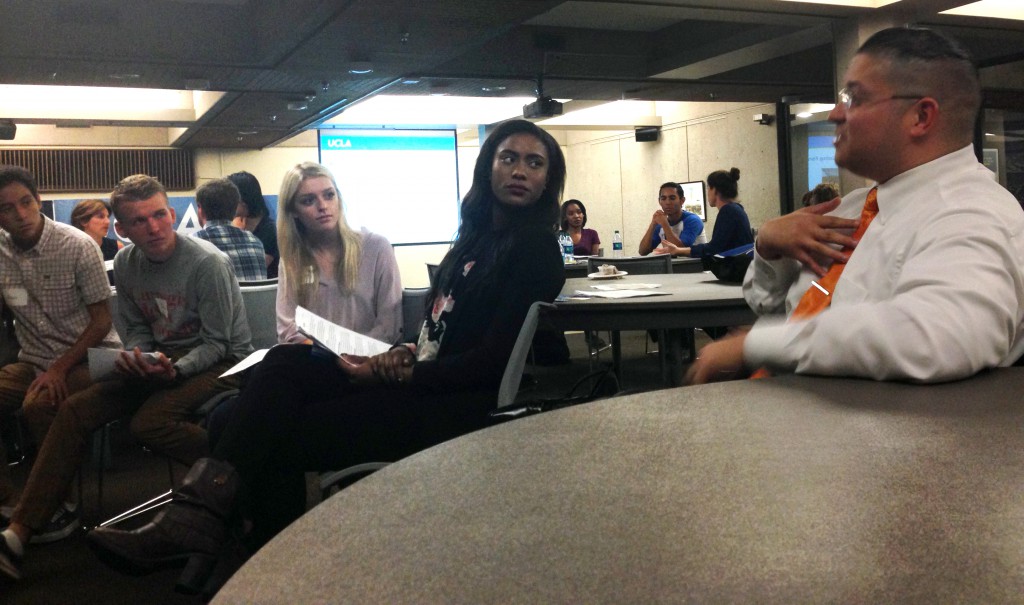 State Relations Assistant Director Jaime Zamora calls a timeout to tell an anecdote to the student advocates about a time he had some difficulties keeping an advocacy meeting on track. He was impressed by everyone who participated. “Tonight’s student advocacy workshop serves as an important tool for potential advocates as GCR prepare for important policy initiatives and elections cycles in 2016,” he added. “Student advocates are incredibly important to the success of GCR goals next year, and tonight’s training demonstrates their commitment to advocating and serving as a champion for UCLA in Washington, D.C., Sacramento, and Los Angeles City Hall.”