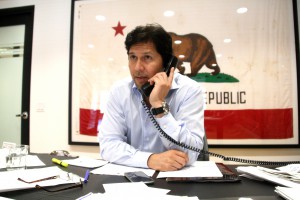 California Senate President pro Tempore Kevin de León doesn’t want his personal story of success to be an outlier. He doesn’t want the story of the youngest child to an immigrant mother who was the first and only child in his family to graduate high school and go to college, to be an inspirational calling card. Instead, de León dreams of a future full of people from his community accomplishing what he has — making it the norm. 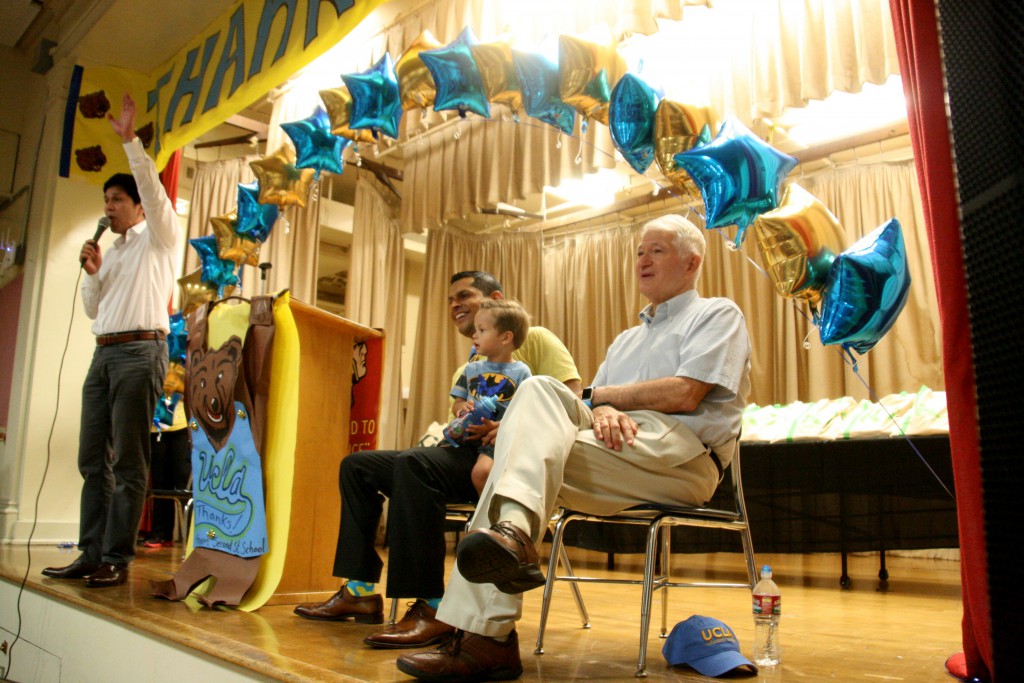 De León interacts with the students and parents at Second Street Elementary during UCLA Volunteer Day.

That childhood and upbringing shaped de León, and did prepare him for a lifetime of advocacy.

“I grew up in a very low income neighborhood,” he said. “My mother was a housekeeper in a wealthy enclave in San Diego. I think it was me witnessing the deep economic stratification and the inequities between the haves and the have-nots that allowed me to do some critical thinking as to what the root causes are of these inequities.” 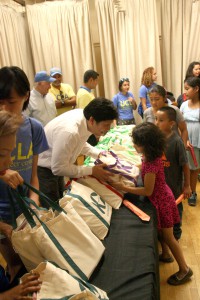 De León cut his teeth politically as an organizer of undocumented immigrants, teaching English as a Second Language and helping people prepare to take the citizenship test through One Stop Immigration and Educational Center.

“I was not so much in mainstream politics, but organizing, advocacy, engagement and dealing with political institutions — those that were either receptive or outright hostile to marginalized communities,” de León said, adding he looked to help politically empower communities that did not have the power to act.

His message resonated during this year’s UCLA Volunteer Day, where de León connected with students and parents alike during a speech at Second Street Elementary, encouraging students to strive for their dreams and keep on track for a college education.

That advocacy would eventually lead him to become a professional politician, first serving in the California Assembly before moving up to the Senate. He took the post of Senate President pro Tempore last October, which is the leader of the Senate, and oversees the appointment of committee members, assignment of bills, progress of legislation through the house, confirmation of gubernatorial appointees (including UC Regents), and overall direction of policy.

In recent years especially, de León has taken his passion for the underdog and transferred it to higher education as a Sacramento ally for UC and UCLA.

“I think we must continue to invest in higher education,” he said. “A society that punishes you more severely if you have little or no education is why strategically, for the economic security of the eighth largest economy in the world which is the state of California, the role that UCLA and the UC system as a whole play is absolutely critical.”

De León has worked to that end in myriad ways. This year he attended a new higher education meeting of the minds hosted by UCLA Chancellor Gene Block — a special dinner involving the heads of California State University, UC and California Community Colleges — to look at higher education as a whole and in partnership.

De León also sought new funding possibilities for both UC and CSU this last winter, in a plan that would have temporarily used Middle Class Scholarship money to fund increases in California resident enrollment and improve classroom outcomes. Although the measure was defeated, it set the table for continued conversations on how the state could reaffirm its commitment to higher education. 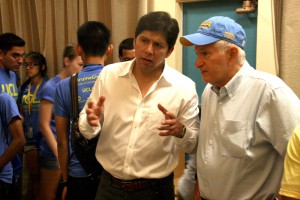 “This budget was better for higher education given there were some severe and draconian cuts in the past,” de León said of the final 2015 budget. “I think that if the economy continues to improve, I look foreword to higher investments into the UC system. UCLA is the most highly sought after institution in the country, public or private. There is an incredible return on investment there.”

And it will take the voices of many, de León added, noting that advocacy is a very worthwhile endeavor for supporters of higher education — and an unavoidable option.

“The way to look at it is, if you don’t get involved with politics, politics is going to get involved with you — whether you like it or not,” he said. “If you want a more favorable outcome, you have to engage civically, that’s so critical.”