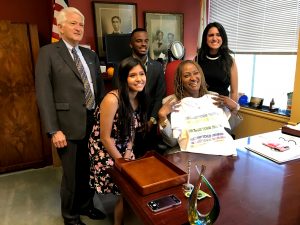 The advocacy team enjoyed meetings with a number of legislators including Sen. Holly Mitchell. (photos by Ramona Cortes Garza and Nicole Madani)

Chancellor Gene Block and a group of students took an urgent message to Sacramento in April.

UCLA educates more undergraduates now than it did in 2010, yet total state funding has decreased significantly. To maintain the quality of a UC education, more funding is critical.

“My biggest concern was, where do students come into this conversation, who is voicing our concerns?” USAC president Arielle Yael Mokhatarzadeh said. “When it became clear that there was an opportunity for students and administrators to come together, I felt like it was important to try to forge that relationship and network as early as possible.”

“Traveling to Sacramento with this exceptional group of students really gave our advocacy efforts a boost,” Block said. “We wanted to show legislators that we are united in our desire to maintain and even enhance the quality of education that we offer to a diverse group of students on the UCLA campus. Investing in the UC really is vital.” 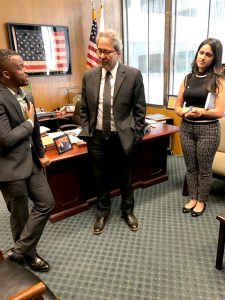 Despite some recent gains, UC funding is still 24 percent less than during fiscal year 2008. For a student like Louden, a former foster youth and transfer from Compton College, the struggle is great when that investment isn’t met.

“The first thing that came out of my parents’ mouth wasn’t, ‘Congratulations,’ it was, ‘How are we going to pay for college?’ I talk to students all the time. We talked about how it is a struggle to pay for books. Some students don’t really have the funds for that. How can we ask students to thrive in the classroom if they don’t have the books or they are not eating? And you’re asking students, if tuition increases, that puts more of a burden on them.

“I just felt like they needed to hear it from the students, and more specifically, a student of color who is a first generation student, in order for it to resonate with them.

The coalition felt it was received positively, but acknowledged there are still hurdles to ensure the UC is properly funded.

Louden just hoped he was heard. “In K-12, I was taught to survive, but at UCLA I want to thrive. I want to have adequate means. They were moved. I’m a survivor. I survived the class-to-prison pipeline; the war on drugs. We invest so much money in the state of California in prisons, and we’re the future, how do you want our future to pan out? What do you expect our future to be if you’re not investing in this present? You owe it to us, we are the future.” 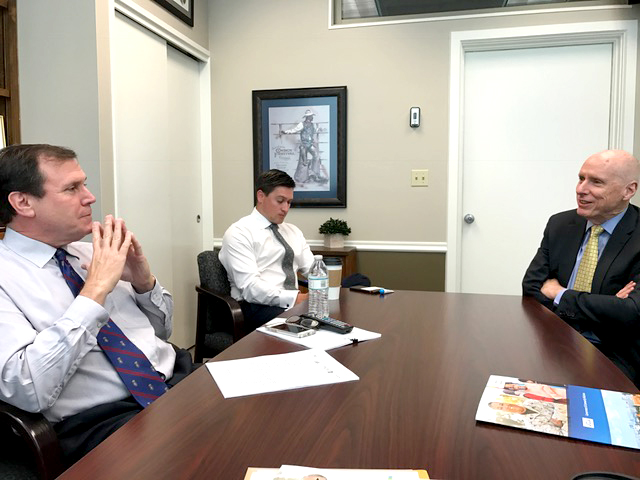 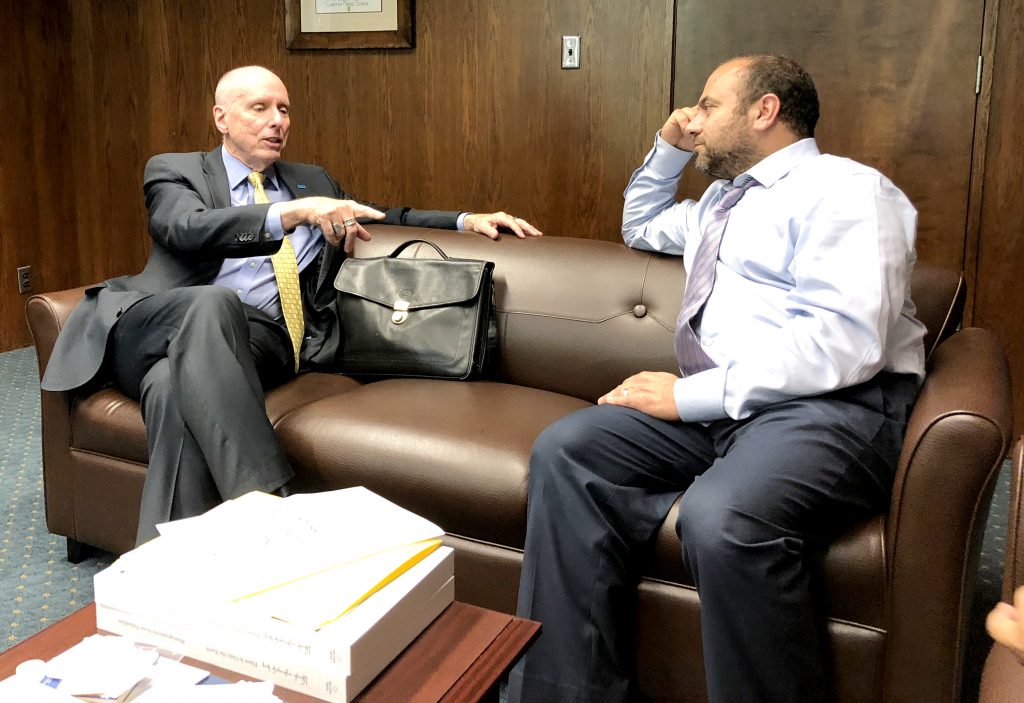 UCLA EVC Scott Waugh followed the Chancellor’s meetings with a set of his own, speaking to staff members and legislators like Assemblymember Adrin Nazarian.