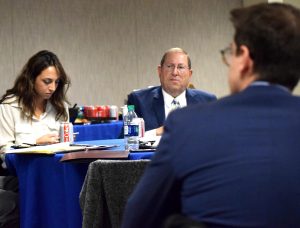 Afterwards, he participated in an interview with UCLA Advocacy, further elaborating on homelessness, partnering with the university, and how to become more civically engaged going into the 2018 elections.

The following is a transcript of the interview.

Q: Can you talk about the homelessness issue in Los Angeles and how that overlaps with UCLA, as far as the issue is considered presently?

There are solutions that have been attempted which I think helped, like the PATH Program, which now houses around 2,500 formerly homeless individuals, or at least housed them through the program.

We’ve done a number of things over the years, but it has only sort of helped us tread water and keep the population relatively stable. But now it’s going up substantially every year, so we have an even more intractable problem. I think we need to think more outside of the box. Some of the suggestions that UCLA students came up with as part of this process were very helpful.

There are things as simple and intuitive as a homeless court, which we used to have and don’t anymore, which allows their issues to be addressed in a more common sense and sensitive and appropriate manner. I think it’s a great idea.

There are a number of other ideas of ways to help people who are on the verge of being homeless, and how much more cost effective that certainly is. If you wind up having to pay a portion of that person’s rent for a few months, rather than having them pushed out onto the street, you are giving them some time to deal with that issue. There are a number of approaches like that, that could be very cost effective, and yet, keep people from being out on the street homeless, versus having to try and solve that with a $500,000 housing unit and wrap-around services. I think that’s a more cost effective method. [Another method could be] trying to help people fight evictions and possibly having attorneys assigned for that specific purpose, rather than let them suddenly be evicted and facing homelessness, [we are] giving them some time to deal with those issues and find other housing.

There are a number of ideas that I think will be helpful, including the idea of input from the homeless themselves, which as far as I know, no entity has really made a substantial effort to get their thoughts [and learn] why they became homeless, why people usually become homeless, and how we can avoid that. There are a lot of great ideas, and this was a very helpful process to me and we will be following up on a lot of [these ideas].

Councilmember Paul Koretz took notes and discussed with students about the different ways the city can combat its homelessness problems.

Q: What do you think is working when partnering with UCLA and what do you want to strengthen in the future?

A: One of the ways that we partner regularly with UCLA is with our work with Mark Gold, Institute of the Environment and Sustainability and in the Grand Challenges program. In fact, we work regularly with several of the UCLA scientists who have been instrumental in helping us to examine biodiversity in Los Angeles through the lens of the City of Singapore’s index of its own biodiversity.

This partnership is strongly linked to sustainability and how we can plan steps to save this planet. Together, we are trying to stay connected with to do that, and come up with a plan for the next 10, 20 years of how we can dramatically change. We’re obviously pushing a little against the wind with the president we have now, who proactively wants us to return to a fossil fuel-based economy. From my point of view [he is] actually working hard to destroy the world. [It’s] hard for me to believe we have such an individual there. We have to survive the next three years without letting ourselves slow down in terms of how we plan and fight climate change. So that’s probably been our best cooperation, but I’m certainly looking for other ways.

We’ve certainly worked closely together at times with UCLA students to deal with the homeless problem on campus. And we’ve supported programs from their infancy, even at one point, having a bunch of the food from a food and lounge program housed in our offices until appropriate space on campus could be found. We certainly desire to continue to partner in that way.

And we also work on local land use issues at UCLA and UCLA students are active partners in giving input. I know they’re now considering being the driving force for a new neighborhood council. Basically, that’s up to the community, so we’re not going to push in either direction, but if it happens, we’ll certainly look to work very closely with that new neighborhood council, which does, in theory, plan to have a large number of UCLA students and faculty as participants. 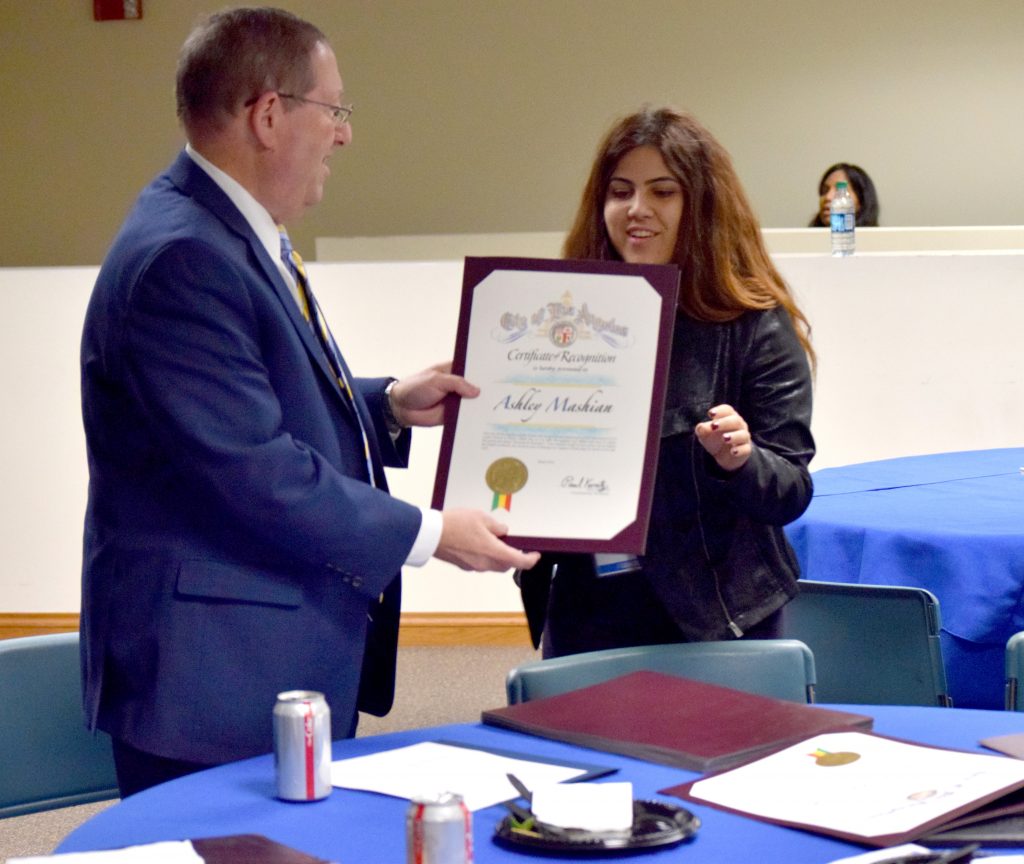 Q: The landscape has changed significantly since we talked for your Advocate Profile, what would you tell an audience who wants to advocate and be civically engaged now? Are there new ways people should be getting involved, especially locally?

A: The landscape has changed, but the basics haven’t. If you care about an issue, go out and lobby about that issue, publicize that issue.

It’s interesting, the pro-gun forces in this country are in as powerful of a position as they have ever been — they have the president, they have both houses of Congress. And yet, you had a shooting and there are a bunch of high school students who are really making things happen despite the fact that none of the people in majority control want it to happen. Even Donald Trump, who is as unsympathetic a character on gun control as you can find, is looking for solutions because kids are out there fighting for it — when their parents, like myself, didn’t have that same kind of impact.

I think pushing for the ideas that you care about and stand for is no different than before, except now there are more people that want to see change happen. And you just have to fight to make it happen.

I think politically, the change probably needs to be in the U.S. House of Representatives, and California now has a number of seats that could change and could change the entire dynamic across the country. If people want to get involved politically, Orange County and L.A. County give you the greatest opportunity to impact the whole country. Volunteering in political campaigns is no different an idea than before, except probably [there are] more opportunities to enact change. Lobbying on issues, no different than before, just go out and do it. You never know. Stranger things have happened. The USSR no longer exists because people rose up and expressed their opinions. And walls have gone down that we never thought could go down, and walls are being proposed to go up that we have to continue to fight like hell if we want to prevent them from happening.