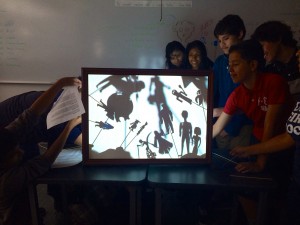 Through the Visual and Performing Arts Education Program (VAPAE), UCLA is bringing arts education into underserved communities that desperately need it, and in the process, creating a new generation of future K-12 arts education teachers.

Originally called ArtsBridge, UCLA School of Arts and Architecture associate dean Barbara Drucker developed the VAPAE Program in 2010 into a school-wide minor, open to UCLA Arts undergraduates, as well as students across campus. 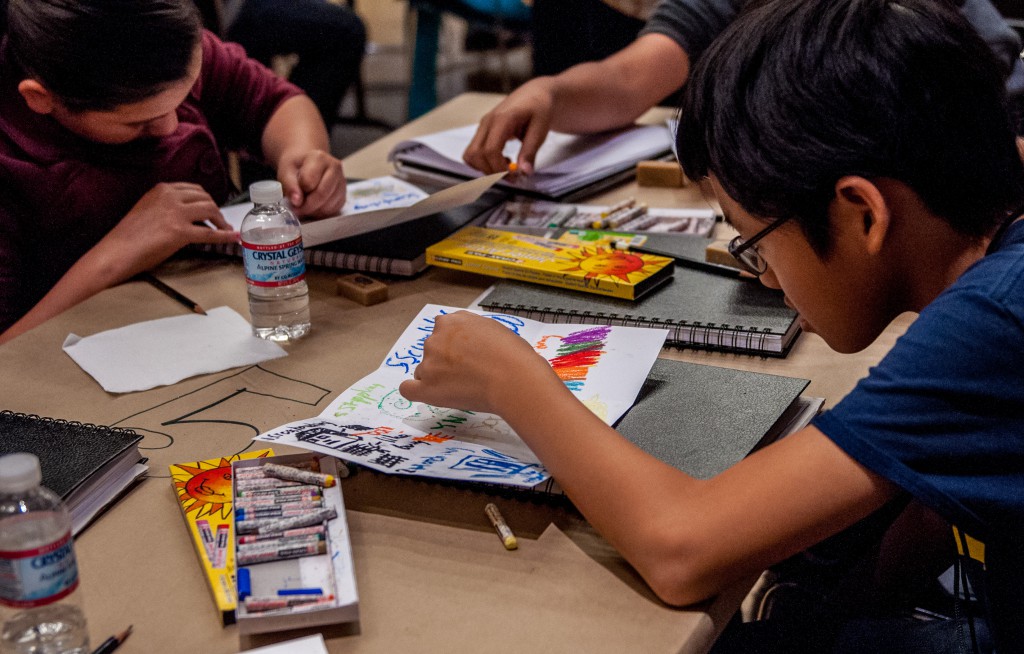 “Before the VAPAE Program existed, there were no actual teaching opportunities available for undergraduates focusing on the arts at UCLA,” she said. “We are a school-wide program, so we have students from all the arts disciplines participating in this program — dance majors, alongside painting majors, alongside music majors, alongside ethnomusicology students. And this amazing interdisciplinary mix is very rare at UCLA. The VAPAE Program emphasizes that teaching is a very important profession and teaching through the arts is especially impactful and meaningful for all types of learners.”

Each year, there are approximately 25 arts students enrolled in the VAPAE minor — and even more taking the arts education courses.

“The students participating in VAPAE are super talented young artists who are also interested in teaching and social justice pedagogy and contributing to the community,” Drucker said.

There are four main components to VAPAE: in-classroom teaching (emphasizing multi-disciplinary thinking, creativity and social justice), after school programming, immersive residencies at the Hammer and other off-campus sites and a public event series.

VAPAE’s focus area is K-12 and Title 1 schools, which are not able to provide consistent or high quality arts education. The UCLA students are placed in a classroom with a guiding teacher, where they observe and then teach an 8-week arts-based unit. After this initial experience teaching in a K-12 classroom, they can continue to teach in-school or also transition to the after school programs VAPAE offers.

“Students always have a problem with what to do next,” Drucker said. “VAPAE sparks their interest and imagination — ‘Maybe I could go into education.’ Having the VAPAE minor listed on your diploma along with an arts degree carries a lot of weight with employers.”

The program became an official minor in 2010 and since then has engaged with 31 schools — including public, private and charter — along with nine community sites.

One major school beneficiary of the VAPAE Program has been the UCLA Community School (UCS), which is located in Koreatown. There, the impact of teaching artists is easy to see, Principal Leyda Garcia said, especially for the big picture of what she is trying to accomplish. The school benefits from in-classroom teaching, as well as Hammer residencies.

“For us, it’s really important that our students leave UCS well prepared and ready for college,” she added. “The big picture is being exposed to a variety of things, including arts education. Being in certain spaces like the Hammer and on the UCLA campus, which you might not normally find yourself in, is also important, so when you go to a place like college you can feel comfortable and at home.” 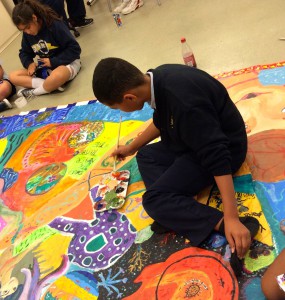 Children paint a mural at the Huffington Center, one of several community sites for the VAPAE Program’s after school programs.

“Finding a sense of health and wellbeing, wholeness and meaning in life — that’s what participation in the arts can do,” she said. “Early on in school, children are often taught they aren’t artists, especially today, when creative activity is not well understood or respected. That’s why VAPAE works with K-12 pupils. The younger, the better. We want to keep alive the human impulse to be creative. That’s where ideas and innovations come from. In today’s world we all need to be creative and flexible thinkers, and those skills can be learned and developed through the arts.”

On Thursday, October 8, VAPAE will be given the Catalyst Program of the Year award at UCLA Day in Downtown for its efforts in the Greater Los Angeles Community.