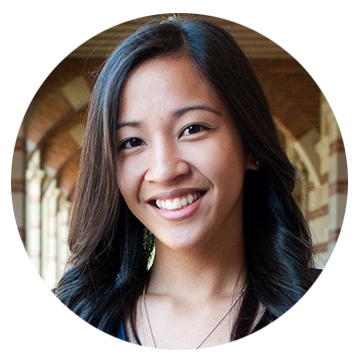 It wasn’t until Karizza’s older sister received grants and financial aid to attend UCLA that Karizza realized that she, too, could attend college.

Karizza McAlexander is a fourth year undergraduate student at UCLA, set to her receive her bachelor’s degree with a major in Nursing in June 2015. Since arriving from the Philippines in February 2000, Karizza moved often, but spent the majority of her life in the U.S. in a working class neighborhood in Long Beach, where she attended Long Beach Polytechnic High School.

It wasn’t until Karizza’s older sister received grants and financial aid to attend UCLA that Karizza realized that she, too, could attend college. Before that, she figured college was out of reach and would be too much of a burden on her parents. Once she became familiar with funding opportunities through her sister, Karizza worked hard to maintain her 4.0 GPA in high school so she could also attend college. She applied to only three colleges (California State University of Long Beach, University of California Irvine, and UCLA) because she could not ask her parents for the money to apply to more. She was admitted to all three universities and chose UCLA.

She knows that if it were not for the grants and financial aid she received from California as well as from the university, she would not have been able to attend UCLA and to pursue her dream of being a registered nurse. Karizza strongly believes that the funding for Pell Grants gave her and her family a much-needed opportunity to pursue higher education.