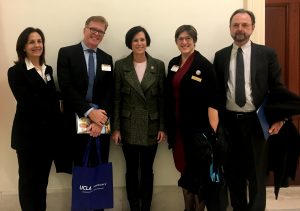 David Schaberg (second from left), dean of Humanities in the UCLA College, visited with Congresswoman Mimi Walters (middle) during a recent D.C. trip.

Because Humanities is so woven into the fabric of everyday life and work, one might not realize UCLA advocates for critical funding for this division of the university from the federal government every year.

“Any job that requires that you learn a body of material: procedures, rules and laws that you then apply and act in accordance with, is fundamentally a job that is going to require the skills of a humanist,” said David Schaberg, dean of Humanities in the UCLA College.

Each year Schaberg and his fellow humanities deans across the nation converge on Washington, D.C. to meet with Congressmembers and their staff during the NHA (National Humanities Alliance) Humanities Advocacy Day. This year, Schaberg was able to meet directly with Mimi Walters, Congresswoman and UCLA alumna from Orange County, as well as a number of congressional staff members.

“Humanities Day on the Hill is the one day out of the year when scholars of the humanities, teachers of the humanities, people who have spent their entire lives as researchers and teachers in these areas, come and talk with their elected officials about why humanistic study is fundamental to the life of the nation,” Schaberg said. “It’s the sort of stuff that gets lost because it’s so obvious in a way, because it is so much the fundamental part of a college education it tends not to get the attention that some flashier and newer things get. And yet, it is of fundamental importance.” 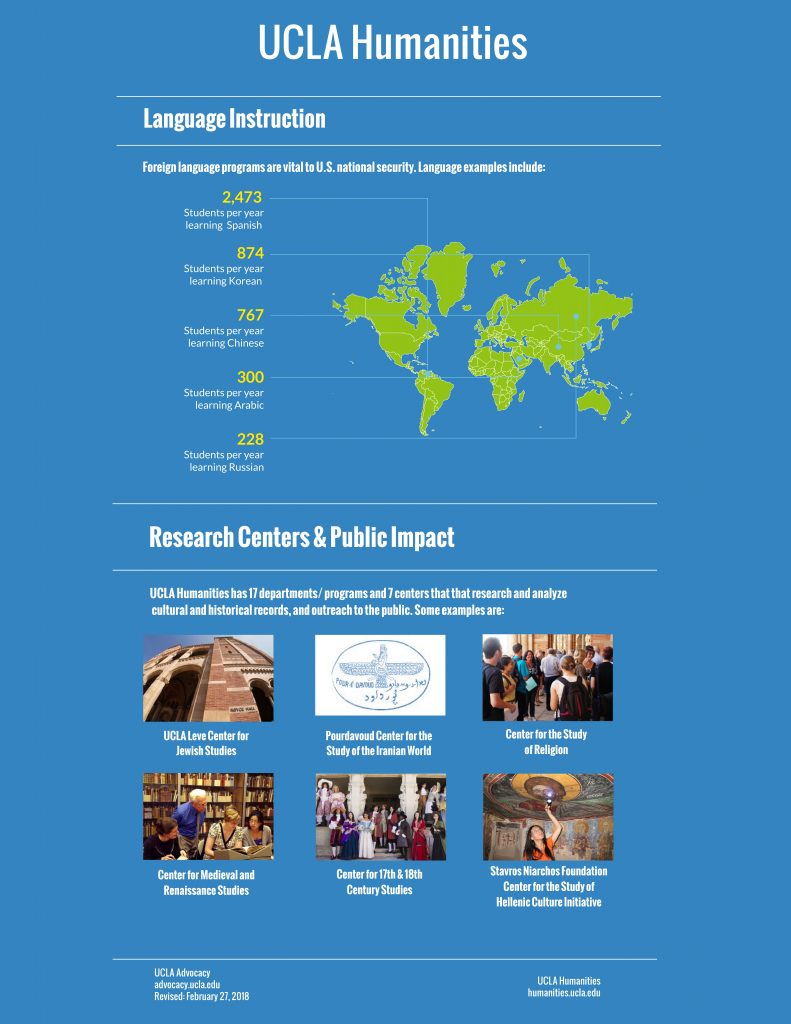 Humanities makes an impact, at a most basic level, as far as preparing students to read, write and communicate effectively — the “basic functions of a university,” Schaberg joked. There are digital, medical, environmental and linguistic humanities. The school branches out in many useful directions: from the 48 language majors taught (major coup for any résumé and essential to many government jobs) to the essential physical recovery of memories.

“[We deal with] documents that typically have to do with difficult situations or places in our lives,” Schaberg said.

Humanities projects are varied and include the study of expression through social media during the Arab Spring, which can, in turn, help predict where future violence may flare up, or the preservation of Japanese texts through an app that helps people study calligraphy.

In Washington, D.C., Humanities deans stumped for a continuing partnership with the National Endowment for the Humanities (NEH). It is a key cog in UCLA research, contributing $2.25 million total since 2012. Also, the Department of Energy (DOE) has chipped in $1.07 million and the Department of Defense (DOD) $1.003 million during that same time.

“This year I think what came out of the discussions on NEH was … that there are things of specific local importance,” Schaberg said. “The support of NEH may be broad-based, but there are projects that are coming along and matter in the places that they are taking place, in really specific ways.” 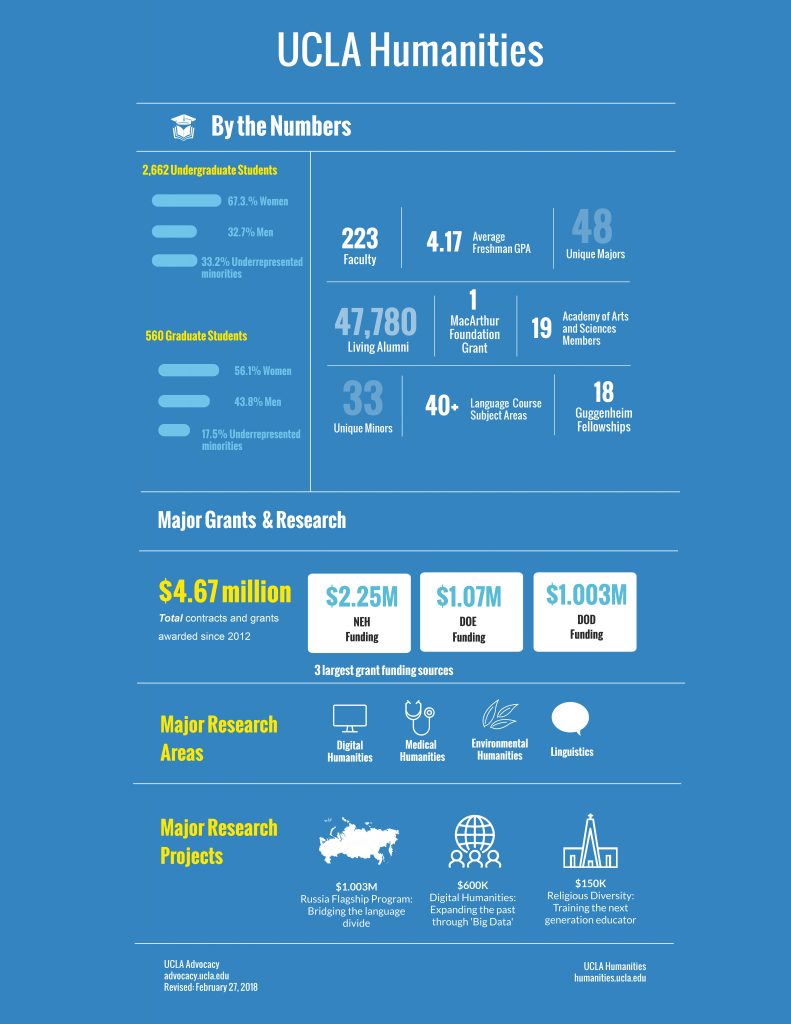 The key to Schaberg was solidifying to elected officials and their staffs how integral his discipline can be to them as a partner at a national and local level.

“I hope we enlightened the day and made some useful impressions. Humanities staff needs to learn about how to speak about the usefulness of our endeavors. And we need to learn and keep learning, and that is part of what goes into the humanities. The clear takeaway is we have even more stories to tell.”