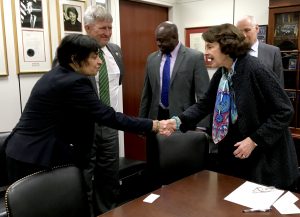 What the students of the UCLA Samueli School of Engineering are working on, working toward, and graduating to, is often determined by U.S. federal government funding and partnerships, a fact Dean Jayathi Murthy knows all too well.

Keeping in contact with elected officials and demonstrating the value of the engineering school is of the utmost importance to her.

“I speak about engineering with an eye to the future,” she said, reflecting on a recent trip to Washington, D.C., where she participated in an engineering conference and met with major California representatives and several key Congressional committees in a group that included deans of other UCs and CSUs. “If you don’t invest in fundamental science and engineering ideas now, 50 years from now you aren’t going to have anything.”

The partnership between engineering and federal funding is the lifeblood of the school.

“I mean, most of our research funding is federal funding, and there are a few big players: NSF (National Science Foundation), DOE (Department of Energy), DARPA (Defense Advanced Research Projects Agency) and, of course, NIH (National Health Institutes) also. Keeping funding levels up for these is very important.” 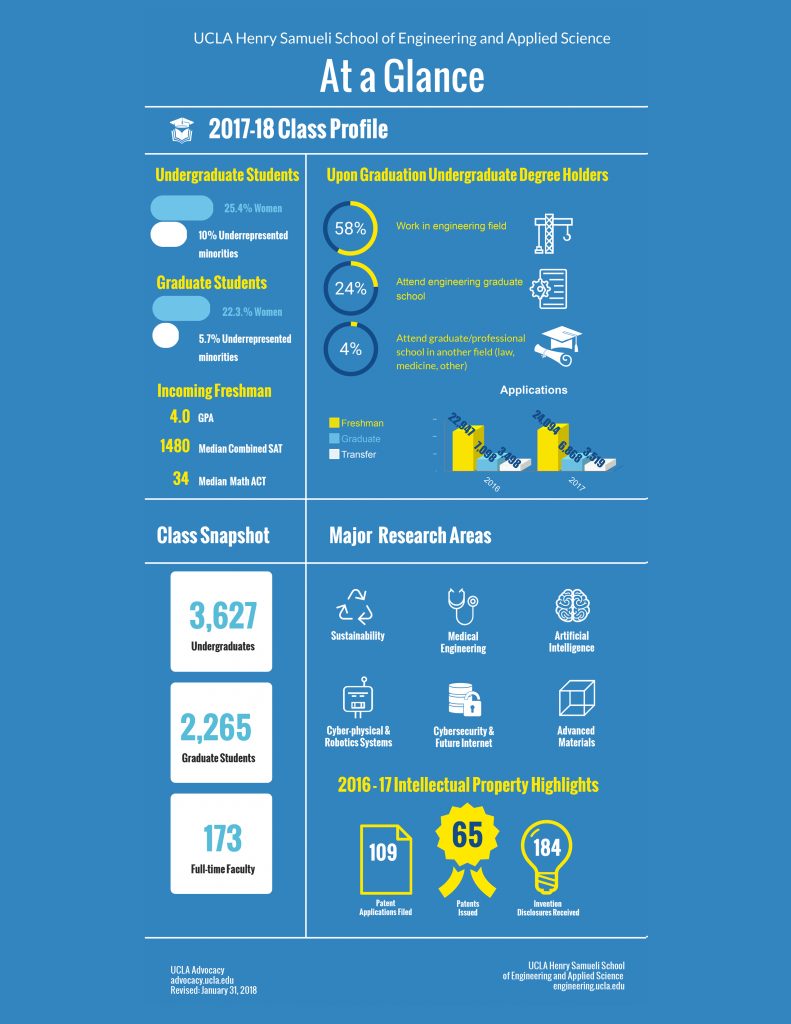 Murthy had an opportunity to speak with staff of the House Commerce, Justice, Science and Related Agencies Appropriations Subcommittee, who make the funding decisions regarding money appropriated for NSF, NASA and other federal agencies, making sure to demonstrate UCLA capabilities and make the case for continued research funding. Although funding for these programs has been threatened in the past, most budgets have gone up, and Murthy hopes these increases will continue.

After participating in the 2018 Engineering Deans Council Public Policy Colloquium, which began in 1991, and gathers deans from schools across the nation, Murthy embarked on a series of staff meetings with important California representatives, and also met briefly with Sens. Dianne Feinstein and Kamala Harris, and Rep. Tony Cardenas (who graduated as an electrical engineer himself). 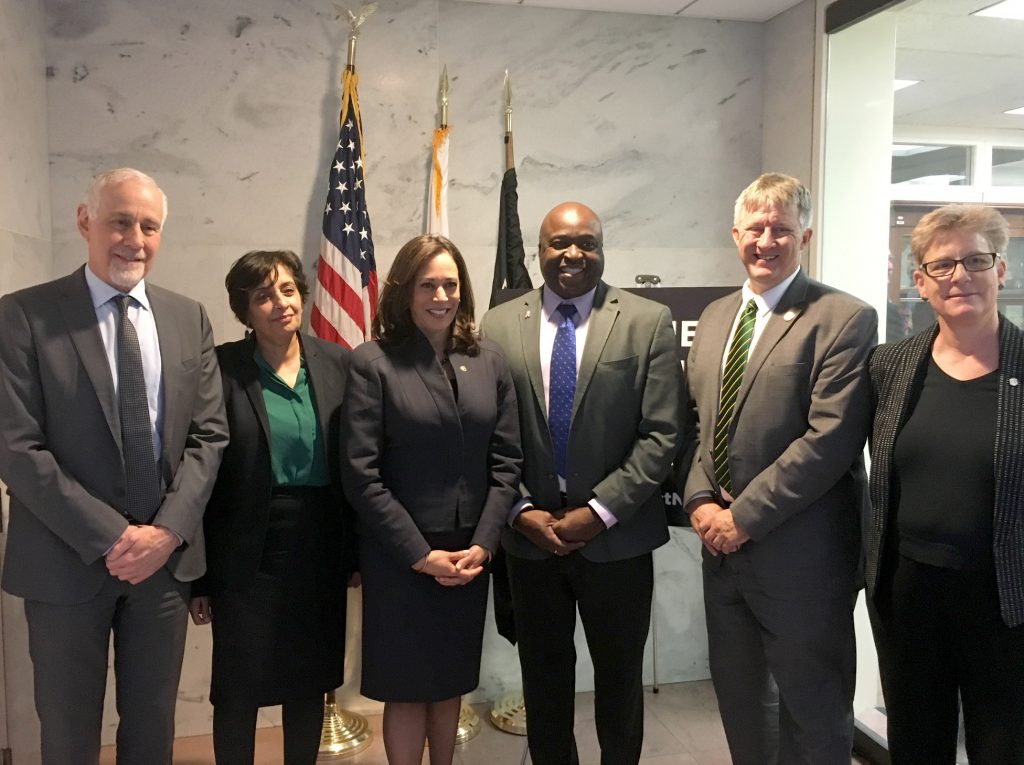 “The reason to do it is to make them aware of engineering, and this is particularly important in a state like California, a huge tech and engineering state,” Murthy said. “We produce the engineers that the state employs and our representatives should be aware of issues that we face. I’d also like to know what constraints they are working under, and if we can help make the case for some of the initiatives they are pushing forward.”

She thanked the elected officials and staff members for the time they took, but also noted that all three officials and the majority of the staff she met were already in support of the school.

“That’s the pitch, that it is important for the economy and you have to invest in fundamental research ideas in order for this to pay off in the future,” she added.

Beyond that, there is an effect on the academic pipeline that can’t be ignored.

“We train PhD students off of research dollars, and if you kill that off, then you kill the pipeline to the Googles and Amazons, and so on,” Murthy said. “Research is teaching, too. I don’t know if people understand that is the way that ideas are conveyed from one generation to the next, that’s the conduit. If you kill off the conduit, then you don’t get that transfer.”

In addition to engineering issues, Murthy said she had several productive conversations in regards to immigration issues, and she is hoping for a fix. “DACA and immigration have always been huge for us, because we’ve got students who are affected. Immigration hits us in terms of faculty, also.”

She also spoke with staff of the Senate Health, Education Labor, and Pensions Committee, who will be directly responsible for crafting the Higher Education Act, a critical bill on reforms to higher education policy to be considered later this year.

Overall, the trip was highly beneficial, Murthy said, helping to maintain important relationships and to come up with ideas for future interactions, whether that be on-campus visits for certain elected officials, or having representatives including Feinstein and Harris come down to Southern California for a multi-campus visit.

“These are folks who should understand what UCLA is doing, and we look forward to hosting them here,” Murthy said. 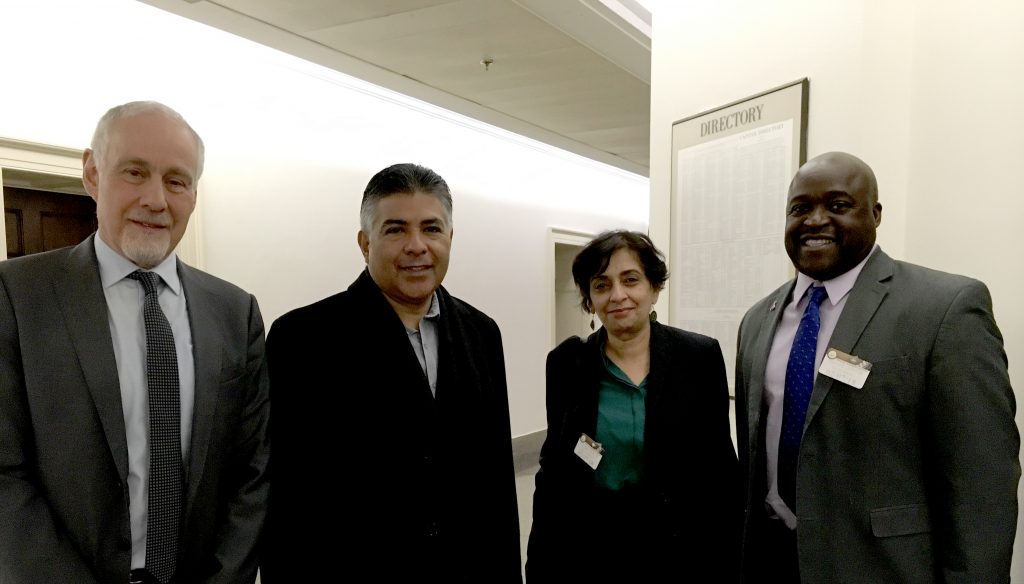