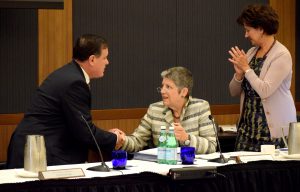 Assemblymember Don Wagner (UCLA, ’83), R-Irvine, receives the Outstanding Advocacy award for his leadership on higher education issues from President Napolitano, center, and Board of Regents Chair Monica Lozano, right, at the UC Board of Regents meeting in Los Angeles on Wednesday, Sept. 14, 2016.

UC President Napolitano announced the inaugural Outstanding Advocacy award recipients at the Sept. 14 UC Board of Regents meeting. The awards, granted jointly by the university president and Board of Regents chair, recognize the efforts of state legislators who champion public higher education and fight consistently to keep it accessible and affordable for California students.

Four California legislators were honored for their support of higher education and UC: Assemblymember Don Wagner (R-Irvine) and Senator Lois Wolk (D-Davis), who are the two founding co-chairs of the UC Legislative Roundtable; Senator Carol Liu (D-La Cañada Flintridge), who is chair of the Senate Education Committee; and Assemblymember Das Williams (D-Carpinteria), who is the former Chair of the Assembly Higher Education Committee. Additionally, community leader and UCLA alumnus Howard Welinsky was recognized as one of the university’s strongest allies.

Wagner attended the meeting and President Napolitano presented his award in person. 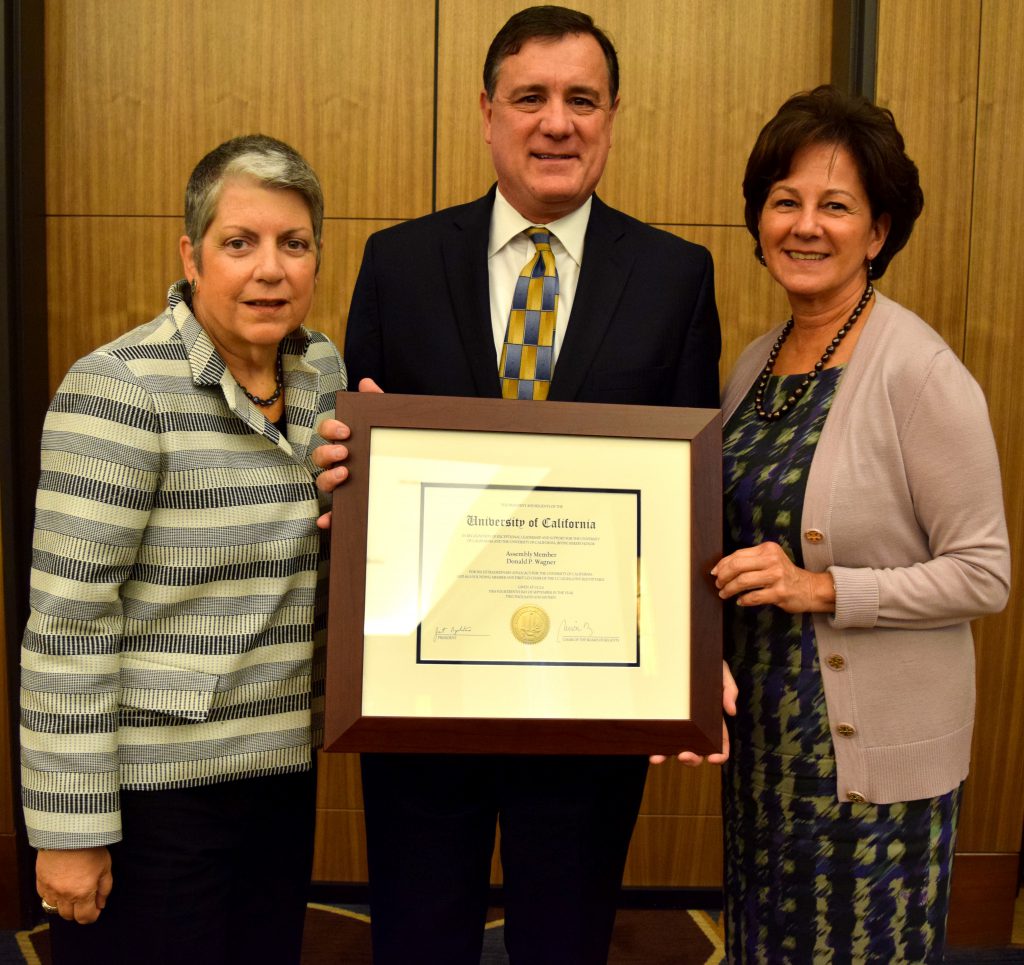 “I am pleased that Assemblymember Wagner could join us in person today, so that we may honor him appropriately for his service in the Legislature and for his ongoing support of UC Irvine and of his alma mater, UCLA. Assemblymember Wagner has long recognized that in addition to providing a world-class education to its students, UC campuses like Irvine positively impact their local communities through research and innovation.”

Upon receipt of the award, Wagner noted that his first visit to UCLA was as a kindergartner in 1966 and he knew then that he would be back to attend college. 13 years later, Wagner landed at UCLA as a freshman student. Upon graduation, he continued his education at UC and attended Hastings School of Law in San Francisco. 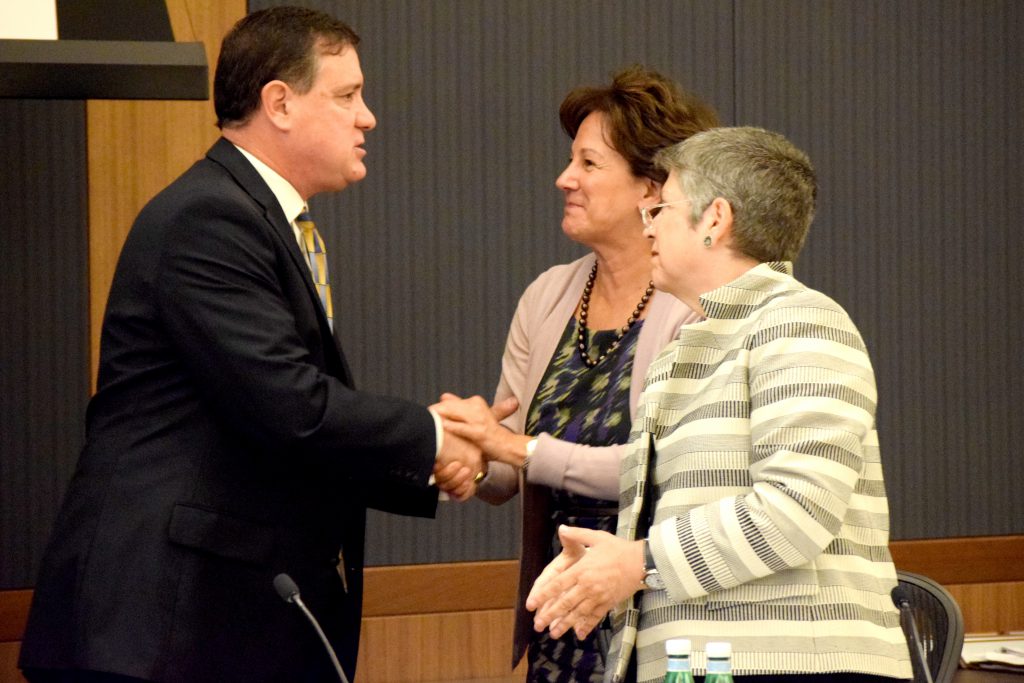