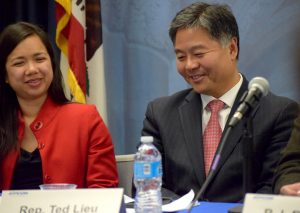 U.S. Rep. Ted Lieu (D-Torrance), enjoys a moment during a recent visit to the UCLA campus.

In between, he participated in an interview with UCLA Advocacy, tackling questions on immigration, international policy, veterans, and the importance of science research.

The following is a transcript of the interview.

Q: You’ve met with our undocumented students before, and during the Pelosi-buster you contacted our office to get some of their stories. Can you talk about going down this final stretch before March 5, and how we’re doing with the DACA/dreamers issues? Why is that legislation so important and what can advocates do during this final stretch?

A: When Speaker Pelosi gave her incredible eight-hour speech on the floor — with no food — we were able to get out the stories on DACA students. And I want to thank UCLA for giving us those stories, as she, in fact, read them. [We were] just trying to help shape public sentiment, and have people understand that these Dreamers are Americans. To deport them to a country they have never been to before is cruel, inhumane, and just really stupid because they are contributing to society and doing some really great things.

In terms of what happens moving forward, the Senate was not able to pass a bill to fix DACA that had at least 60 votes, but they did actually get over 50 votes. You actually have a majority of senators wanting to fix DACA.

In the House of Representatives, I think we need to have a similar debate, and I believe if we did have that debate we would actually pass a DREAM Act or something similar with bipartisan support, and then that would go to the Senate and the Senate would get to take another shot at it. That would be my goal. 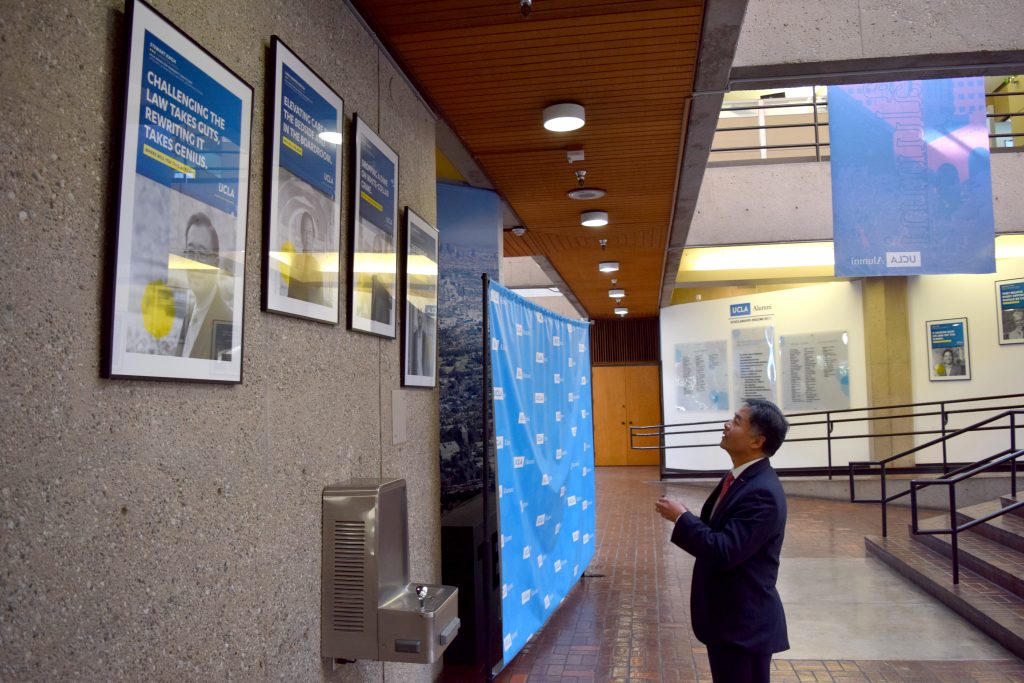 Q: Los Angeles is a very international city. What has your office seen during the current political climate, as far as international visitors and visa holders? UCLA has a lot of international students coming in. What are the impacts you are seeing? How is this rhetoric and how are the new rules impacting us?

A: We do know from public reporting that there has been a drop in tourism to America since Trump got elected. I do attribute that to some of the xenophobic, racist policies the administration is pushing out. I also have read public reporting that there are fewer students from other countries applying to be graduate students, and not just at the UCs, but college universities across the United States.

And there is also an effect on people here. I had this interesting discussion with my younger son last year. We were taking a family vacation. I’ve always wanted to go to Scandinavia, so I told him we were going to go there. He was in elementary school, and he said, “Can we come back?” And it struck me, that is how he was internalizing the news he was watching. You have a president and administration trying to keep people who look like us, or Latinos or who are from other countries, from entering the United States. It was very telling that was how my child was viewing the news.

Q: The West Los Angeles VA celebrated an important milestone with UCLA last year. From your vantage point, how has that relationship evolved?

A: I want to commend UCLA for always being so supportive of the veterans community. You have Operation Mend, which helps people who have gone to war and suffered injuries, and it helps heal them and make them better.

With the new Master Plan that went forward as a result of a lot of stakeholders, and legislation I was able to co-author and get President Obama to sign, we have a whole new vision for the VA where UCLA and other stakeholders are doing a lot of innovative things on the VA campus — one of which is they have this center that helps the families of veterans.

That is incredibly important because it turns out that under the statutes and regulations of the VA, they can only treat the veterans, they can’t, for example, treat the veteran’s child, even if the veteran has PTSD that is affecting the child and their family. So UCLA partnered up and is now providing doctors and other staff to actually help treat families of veterans and I think that is incredibly needed among the veterans community and I think it is something that is innovative, and something we want to see replicated in other parts of the country because it’s really addressing a need that until now wasn’t being addressed very well. And as we keep going forward, you will continue to see additional cooperation between UCLA and the VA, and it is all very exciting to watch. 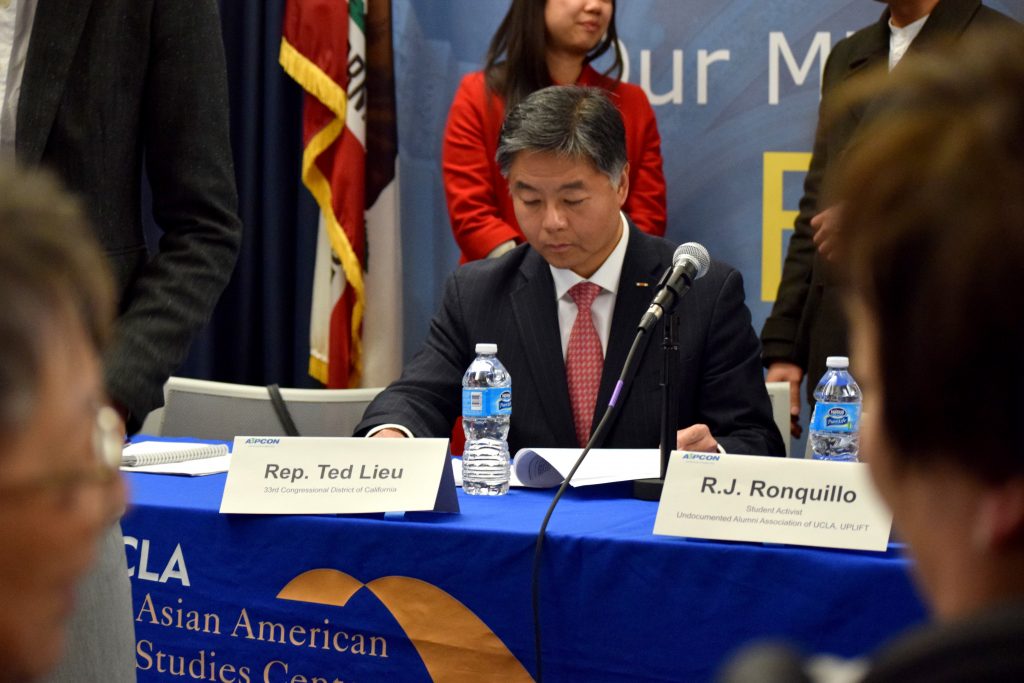 U.S. Rep. Ted Lieu has been particularly outspoken on issues related to immigration and undocumented students.

Q: What is your message to advocates right now? What do we say to the higher education community?

Just something to consider: We had a March for Science last year. Think about how ridiculous that actually is, it’s like having a March for Math. But this administration was so way out there in rejecting science, that people felt compelled to show up. Those were rather large marches, and I think that had an effect. It was really good to see, for myself as an elected official, but also for other people in science, higher education and academia, where I want people to understand, it’s not you, it’s him. You need to understand that what we are seeing is not normal, and we do need to take action if we want to help right the ship.