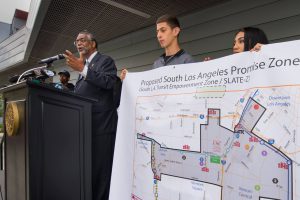 The goal of Promise Zones, which were created by President Barack Obama in 2013, is to reduce poverty by creating a federal partnership with communities most in need.

The SLATE-Z (South Los Angeles Transit Empowerment Zone) Promise Zone has been engineered by a coalition of 54 formal partners, including UCLA, and more than 50 additional allies. It is home to nearly 198,000 residents in parts of Vernon-Central, South Park, Florence, Exposition Park, Vermont Square, Leimert Park, and the Baldwin Hills/Crenshaw neighborhoods. 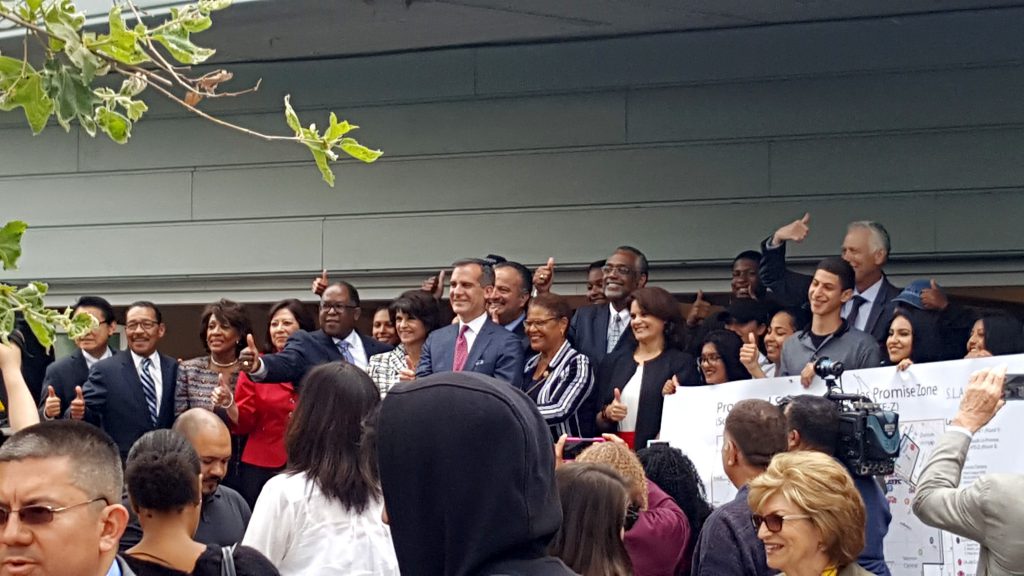 Community partners were out in full force at Los Angeles Trade Technical College on June 6 to celebrate the SLATE-Z Promise Zone designation. 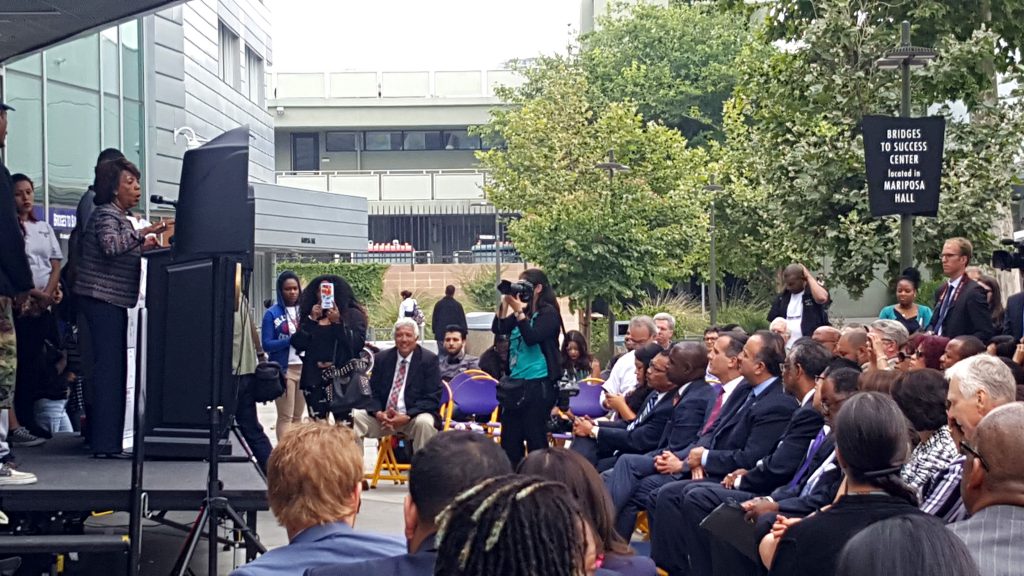 For more updates, visit the official website of the SLATE-Z Promise Zone.