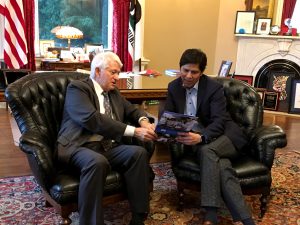 With more than 750 additional California students having enrolled at UCLA this academic year, Chancellor Gene Block and Executive Vice Chancellor Scott Waugh each separately visited Sacramento to garner support for Governor Jerry Brown’s proposed state budget, while advocating for additional funding to support a critical boost in graduate student enrollment. Both requests will work to maintain UC quality while the system works to even better serve California and its residents.

The visits to the state capital are a prelude to several efforts by UCLA Advocacy, with group trips for UC Graduate Research Day and UC Day in Sacramento set for March. 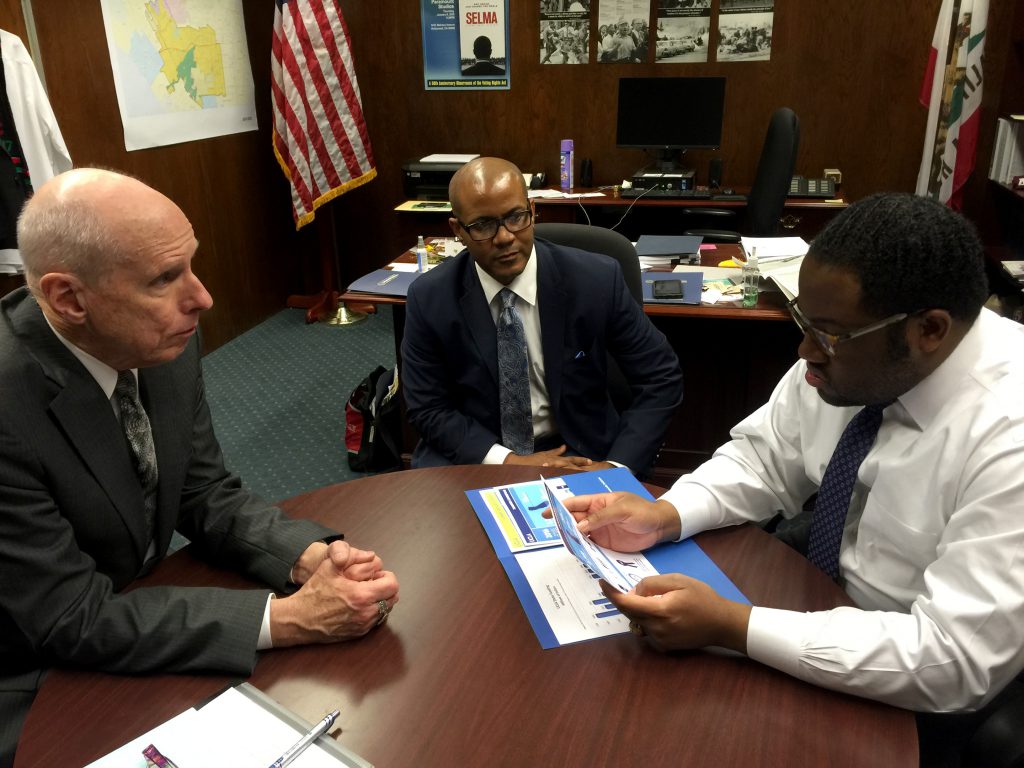 Executive Vice Chancellor Scott Waugh shows off some useful information to Assemblymember Sebastian Ridley-Thomas during his visit to Sacramento.

Specifically, the Chancellor was on hand to express his support for Governor Jerry Brown’s state budget, which calls for a previously agreed upon 4 percent increase in UC funding.

Additionally, he asked that legislative members strongly consider a moderate, but essential, funding request of $9 million to be distributed throughout the whole system. The money would pay for 900 more graduate students, who beyond providing the world-renowned research that UC is known for, also staff classrooms as Teaching Assistants (TAs). 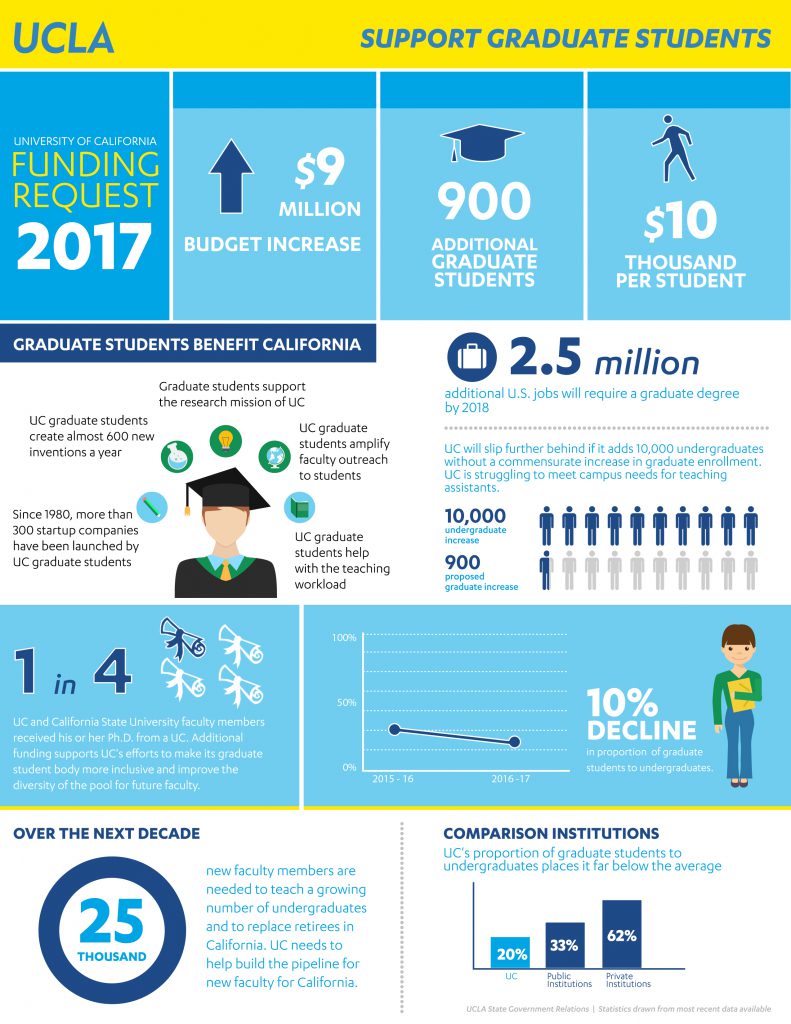 “We have learned during discussions with our undergraduate students that they feel strongly about this issue,” UCLA Government and Community Relations Senior Executive Director Richard Benbow III said. “They feel that TAs — positions filled by graduate students — can increase accessibility while supplementing their professors.”

The Chancellor was also able to impart good news in regards to UC and UCLA specifically making gains in diversity — a point of emphasis for campus leadership: 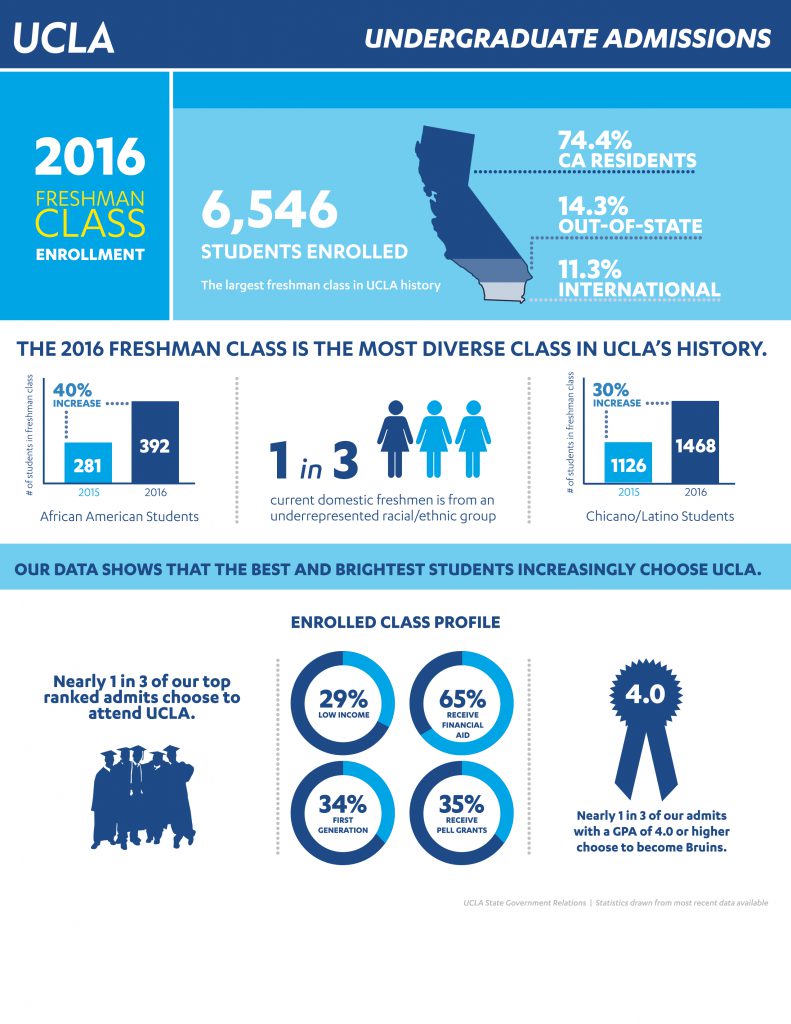 The meetings also touched upon several other topics in regards to the new federal administration, and how California might deal with changes there, including immigration and environmental research.

“We would welcome any new research and funding partnerships at the state level, especially where we might align in regards to climate change. I also had members express interest in protecting the rights of our undocumented students — our Dreamers; DACA students,” Benbow concluded. “It was a very successful trip to pick the brain of some of these leaders and to remind them that UCLA is an eager partner in the public process.” 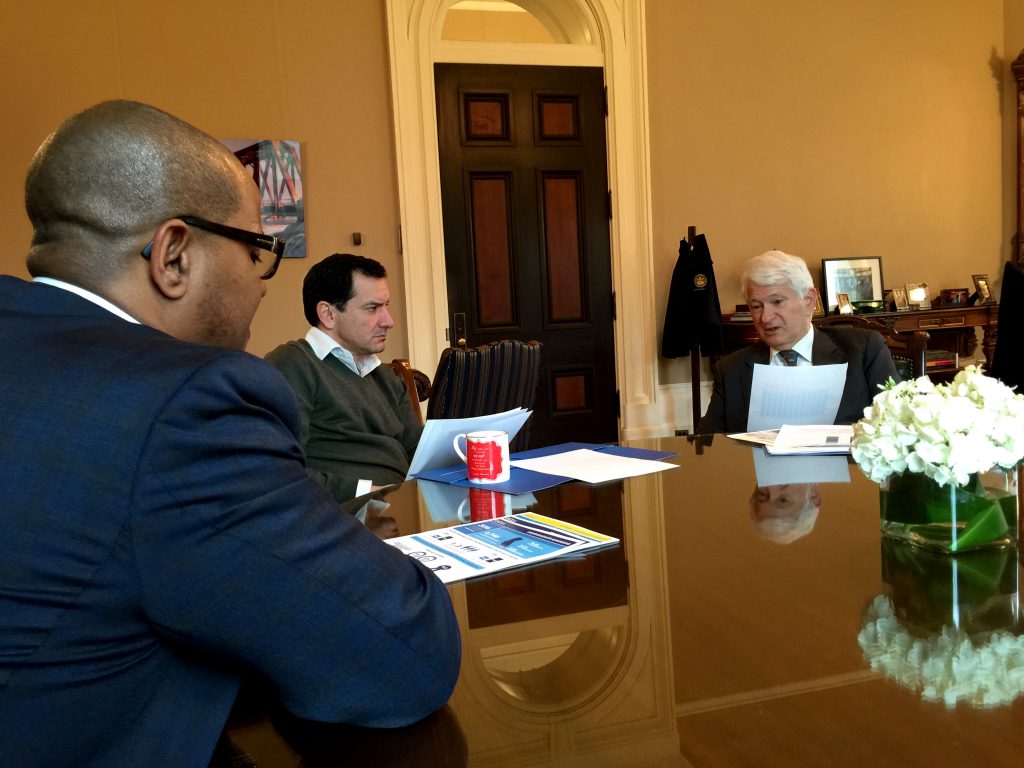